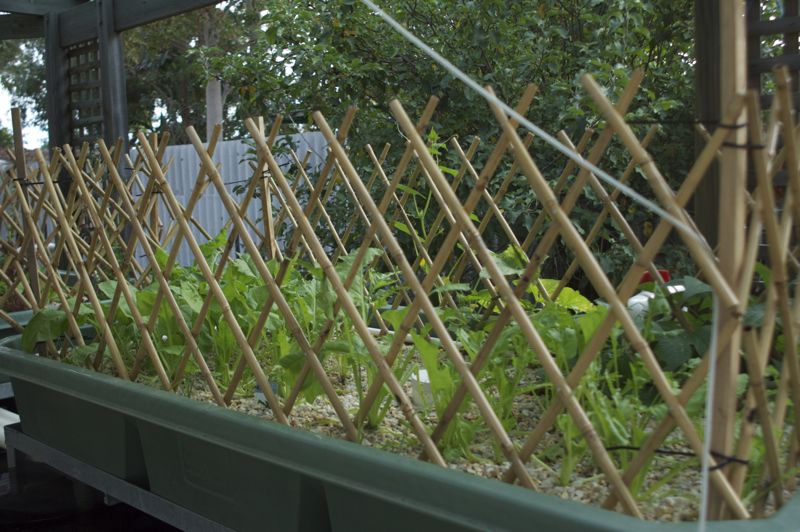 One of the growbeds containing spinach, onions, zuchinni and possibly some other stuff 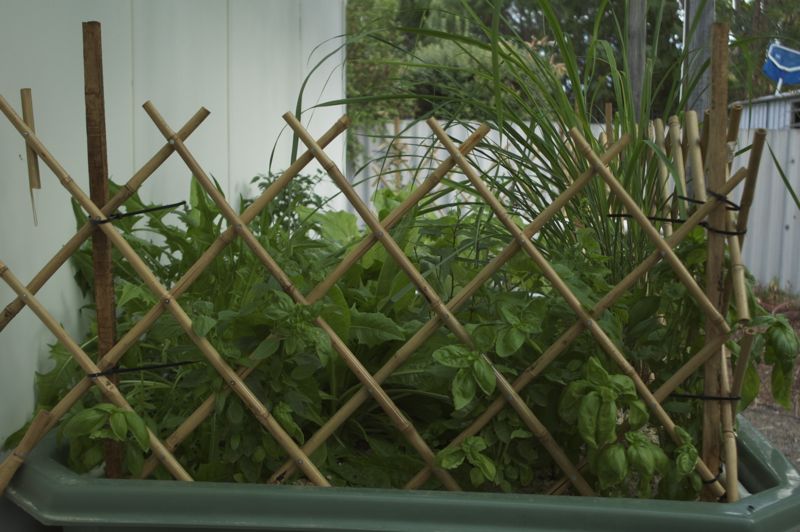 Another growbed with basil, lemongrass, spinach and assorted salads

Those two pictured growbeds are going nuts.  All of them were going nuts but the other two got chicken ravaged when the plants got big enough to be noticed by the chickens from the ground, so they jumped up and helped themselves.  We ate the rooster that was instigating the attacks on the plants and put up the bamboo thingies and haven't had any problems since. 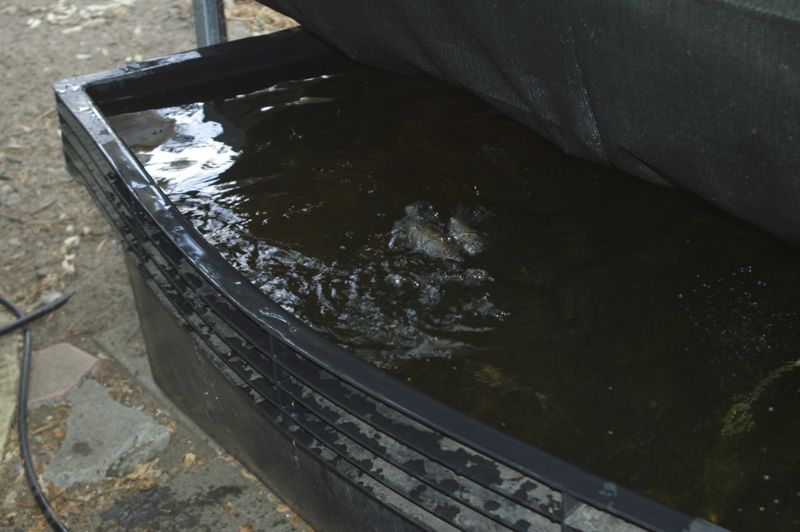 Fish in one of the tanks leaping for pellets

We finally got fish in the tanks.  There are 49 rainbow trout (was 50 but one jumped out when we weren't around when the covers got inadvertantly left up overnight), slightly more in one tank than the other.

Seeing as I'm on the food garden, this is Josh's new rooster: 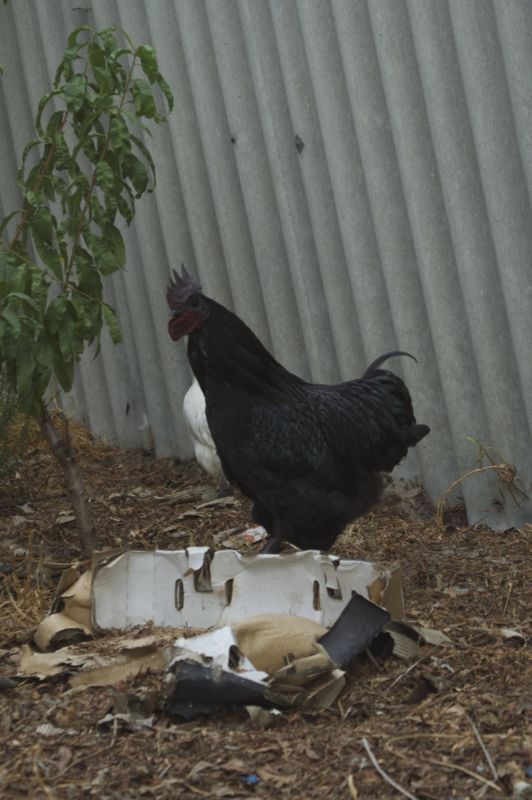 We called him Kiwi (thinking the All Blacks) as his wattles and comb were originally black as well, they've only just started trying to go red.

My slightly crazy Japanese bantam cross hen Daenerys managed to hatch out another clutch just before what passes for winter in Perth starts.  Think our broody season is well and truly over now. 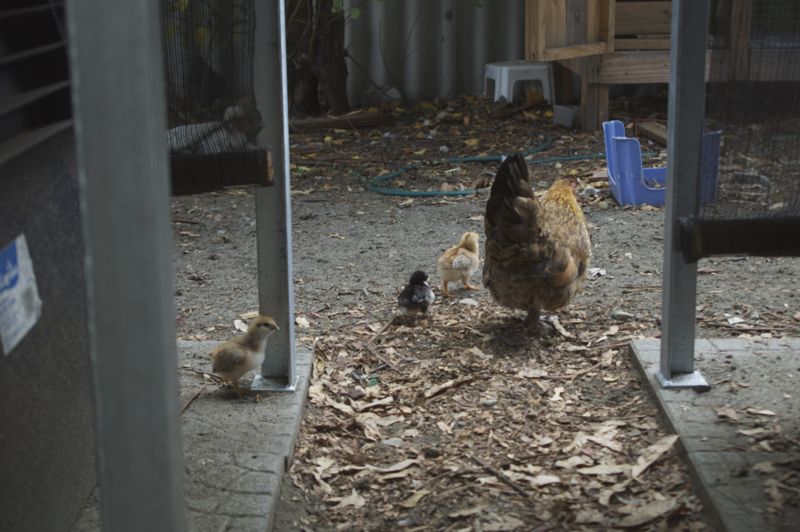 They're walking between two of the squaponics tanks (with the growbeds on stands over them), they were headed toward me and changed direction when I moved a little too rapidly in my attempt to take a decent photo.

The veges from the system are pretty tasty.  Josh and the kids finished prepping dirt gardens last weekend, including taking a trip out to The Mythical Farm of Legend to get more sheep manure.  The raised bed out the front and the small side garden have both been planted, the one out the back (close to the aquaponics system) is probably going to get done this or next weekend.

Still waiting on honey from the bees, they didn't make an excess again.  Hopefully this summer.  The colony looks like it's doing very well.

It's all happening, and we're just settling into it being normal.  Now all I have to do is sort out the rest of the house... :)

Leah Moore Wednesday, 16 May 2012 @ 4:21pm [Permalink]
Great photos of the aquaponics system! I am also planning to post pictures of my own system. I love how the progress looks and pictures are the perfect way to freeze the moment of your plants and fish growth.
bek Wednesday, 16 May 2012 @ 9:44pm [Permalink]
2015bollywood songs Saturday, 4 November 2017 @ 2:14am [Permalink]
Wonderful post however I was wanting to know if you could write a litte more on this topic? I'd be very grateful if you could elaborate a little bit further. Appreciate it!