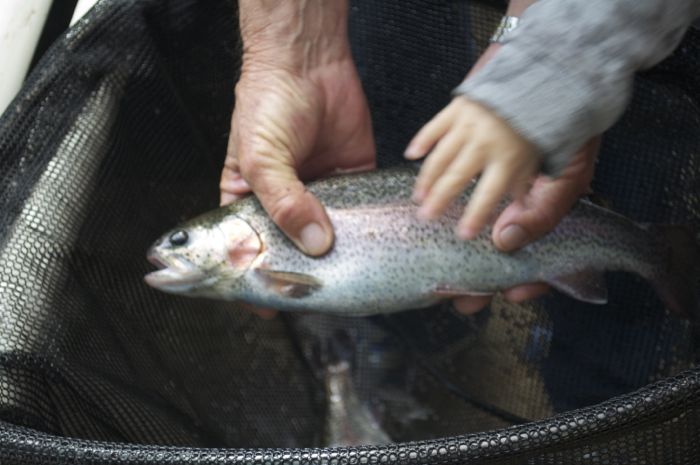 While Josh and his dad were cleaning and gutting the fish, Ruan, my uncle, Tali and I went for a walk down to the IGA on a quest to get some soya bean paste.  He didn't find any soya bean paste but came out with black bean sauce.  My cousin arrived while we were out and was getting the 10c tour when we returned.  They had just finished the cleaning and gutting.  The fish were pan fried and my uncle used the juices to make a delicious garlic/ginger/onion/black bean sauce.  I forgot to get a photo as I was too busy eating it.  It was quite awesome, and so was the company.

And just while we're on the aquaponics, Josh made a noodle stirfry for dinner using spinach and cabbage from the growbeds.  Loving this system.

Kimberley Thursday, 6 September 2012 @ 10:55am [Permalink]
Excellent that aquaponics is working so well for you. Bean is seriously keen to get an aquaponics system set up.My Dad's been doing it for ages and we're yet to see anything wonderful resulting from it.I'll tell Bean to talk it through with you guys instead of Dad!
bek Friday, 7 September 2012 @ 9:25am [Permalink]