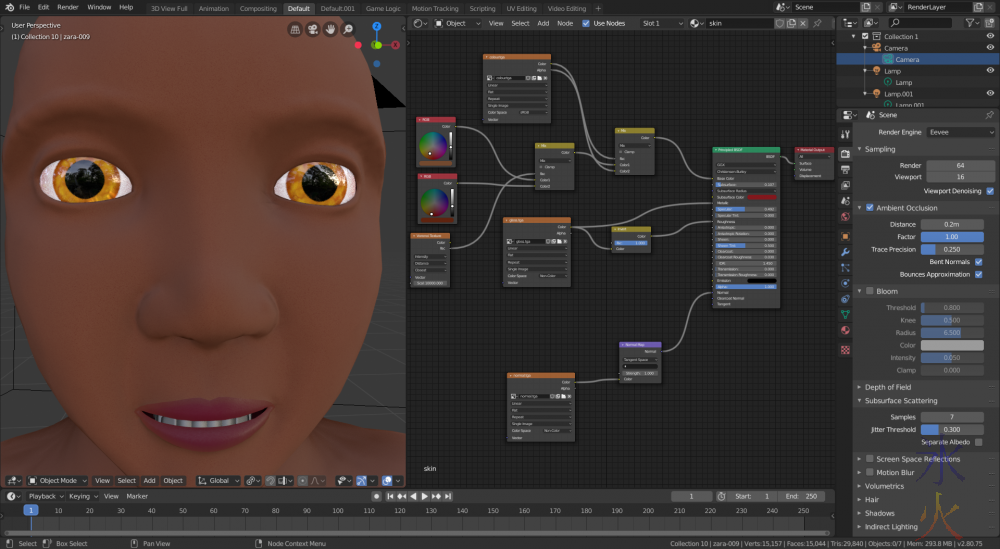 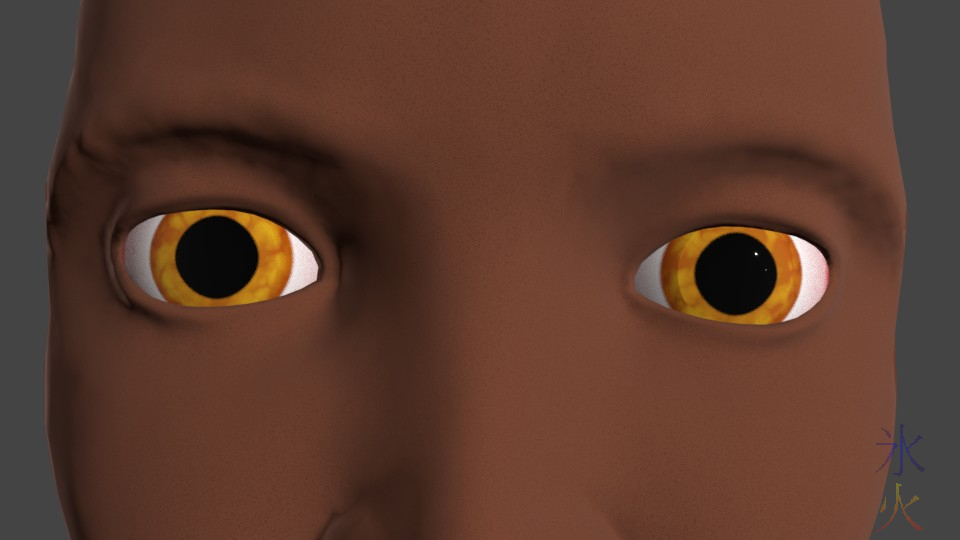 But it's useful for showing off the procedural eye textures (made with the eye material thingi I bought).

And just as I was feeling pretty pleased with myself about how the nails turned out after redoing the thumbnail I found out that yet again I had stuffed up the nail retopo because in trying to avoid a pinching problem that can happen with triangles I had managed to somehow completely forget that I need them for the nail edges, so yet again it will be back to 3d Coat to redo them yet again, and then texture bake the tattoos and the normal map blah blah blah. 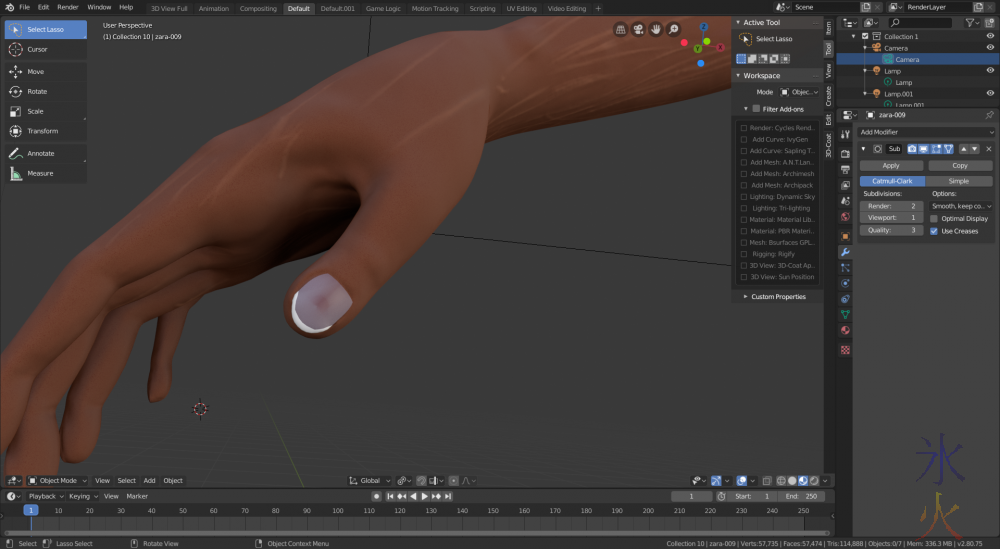 On the bright side at least the thumbnails look good, and the redos are getting faster as all I need to do is reassign and reapply the textures and remember what tiny adjustments I made and for future characters I'll be reusing the same bases and shaders.

Speaking of which here's my super basic skin shader slightly complicated by Zara's tattoos.  To get just the skin shader remove colour and gloss image maps and the mixer in between them and plug the skin colours and the voronoi texture into the mixer closer to the principled node.  I'll try to remember to plop the simplified version into a post when I'm either working on a character without tattoos or remember to document setting up a base model with the basic shaders. 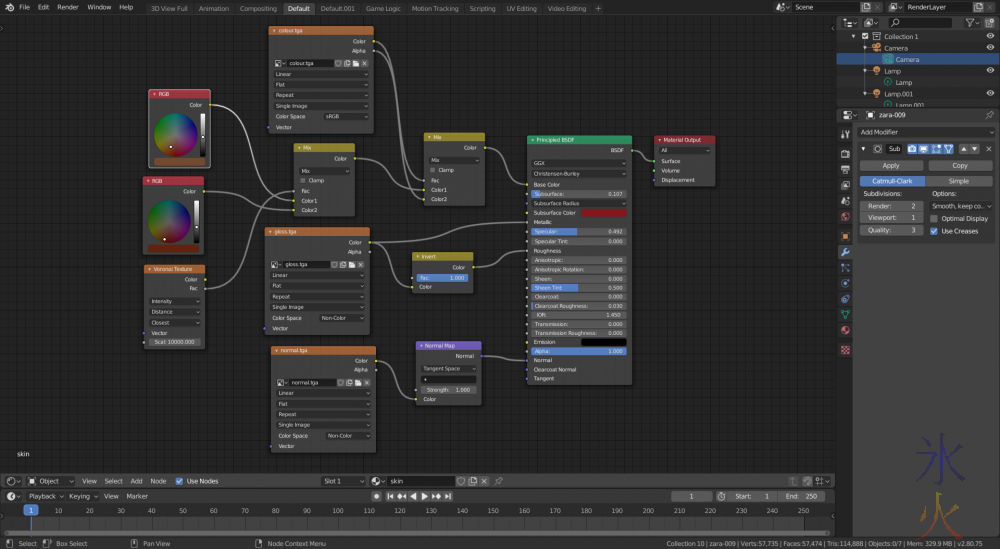 I love that principled bsdf node.

I'm going to get this mesh nailed before I start on the hair because redoing hair on new mesh sucks (and taking the excessive amount of time getting it right now means less work later which should hopefully start leading to a speed up aaaargh I have to be due some rapid progress by now right).