May ProgBlog #2: I am STILL FALLING!

No progblog last week because I caught a "flu-like virus" and got a bonus chest infection.  Not recommended.

On the bright side, the first day I was finally able to work, it took only a couple of goes for my hand to suddenly decide it had finally figured out how to draw the scales and they got done relatively quickly compared to my previous struggles.  The last bit of the tail took the longest as the scales obviously had to shrink with the body.  Also, it seems to be a given that the last 20% of anything takes up 80% of the total time spent on it.

Doing the gloss was an interesting experience as I always do shadow before light and in this particular case there was no shading whatsoever, I was literally adding gloss to areas that would catch the most light to give the illusion of depth and  the tattoos responding to the lighting (why did they have to have reactive tattoos aaaaargh I'm glad The Opium Queen may never get seen as they have animated reactive tattoos). 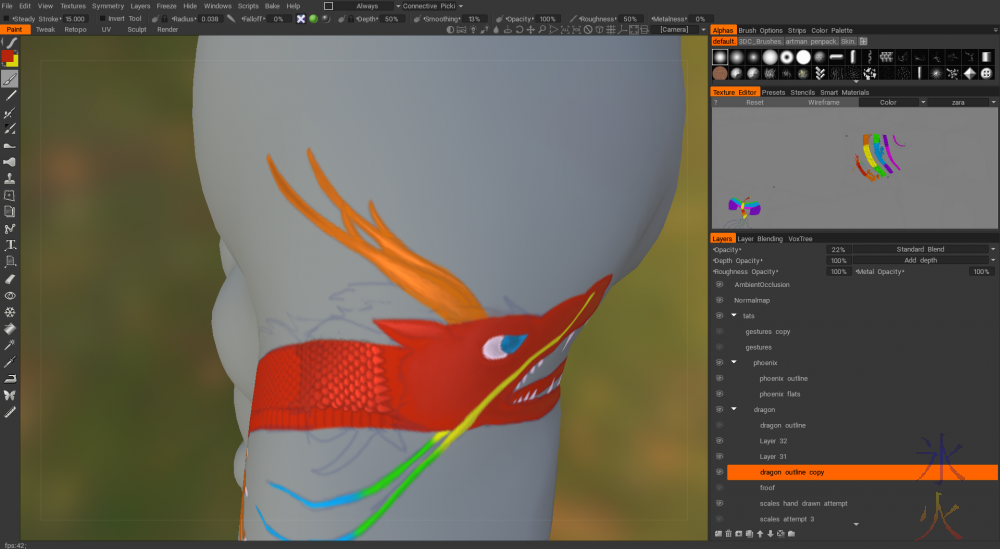 On the other side of things, well I'm still trying to get my brain back in gear as there's stuff that needs doing and fixing.  It's being very slow though.  I've managed to make some progress on the Witchies today getting a chunk of shadow 2 done but am probably going to jump back to scales early. 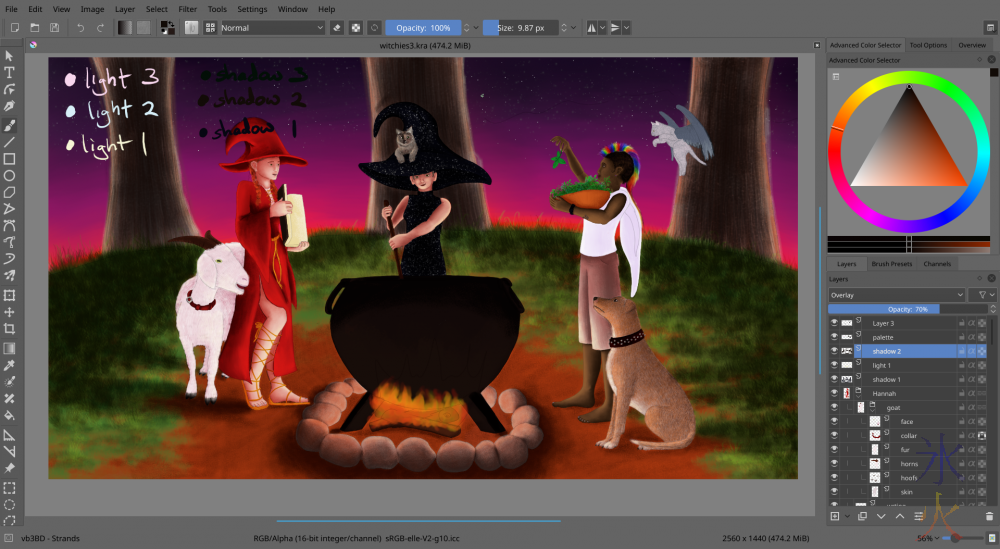 Also, it looks like we're not going to get our break-even price in this market so unless one of the current buyers offers that or higher we're going to be taking it off the market and that's one less thing wasting brainspace and I might actually be able to rebuild a useful work schedule soon.