WednesdayWalk: down by the river

As requested by @dreemit who assures me that WednesdayWalk just has to be posted on Wednesday and doesn't necessarily have to occur on Wednesday. As luck would have it, we actually went on a nice walkies on the correct day.

It didn't start out that way. I had taken Little Miss Puppy to my aunty's place (having not been to see my aunty and grandmother for a couple of months because covid and colds and grandmother gets pneumonia so we don't go there if anyone is sick just in case) and she had played forever with my aunty's dog and been pretty knackered when we got back, so J had decided maybe we should just take her for a short stroll around the block (he also wanted his walkies).

Unlike our last two dogs, The Puppy is absolutely not the kind of dog that is content going for an on-leash stroll taking in the neighbourhood scents. After a few "tantrums" (where she was laying on the grass on rolling around and biting on her leash) and her generally looking miserable, J suggested we take her for a walk down near the river (which had also been a favoured walk of the last three dogs) so she could get off leash and run and run and run which is her favourite.

And so down to the river we went, even though we hadn't originally been intending to walk that far as we thought she'd be too tired. 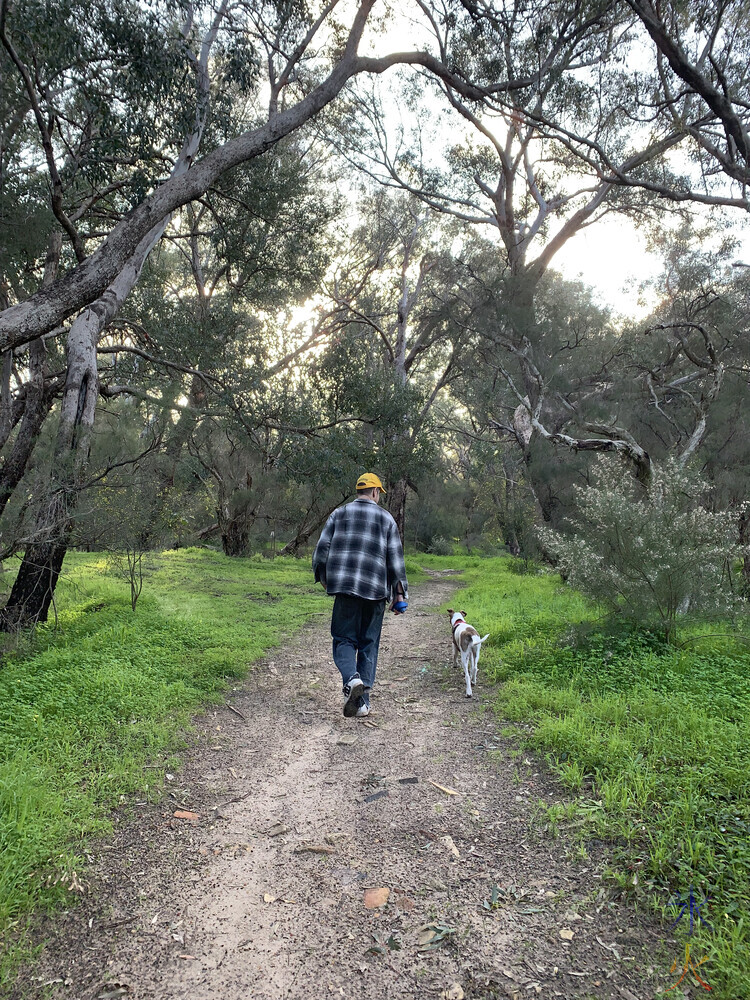 J warned me that the water was quite high and the last time he had come down this way with her, he had had to scramble around the flooded areas of the path and he had been wearing hiking boots at the time.  Today he was wearing skate shoes and was hoping it was less flooded.

I don't think I've seen the water this high ever in the entire time we've been in the area. The little swamp dog was having awesome fun times and was so much happier running around off-lead and through puddles and mud and foliage. 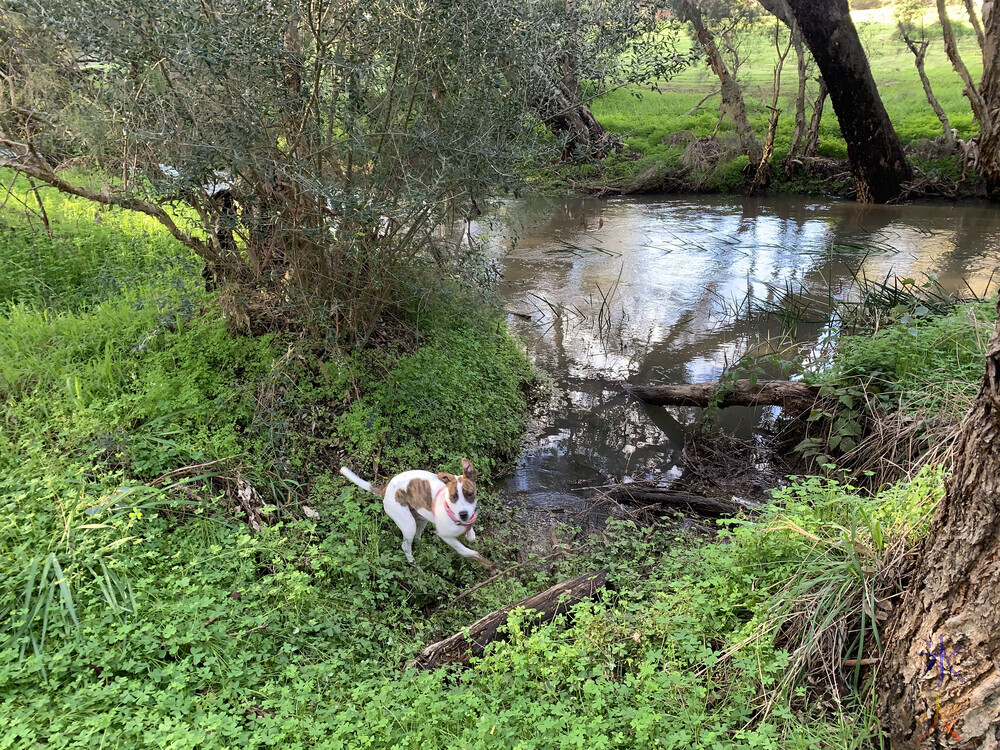 I remembered how beautiful it is down here.  I haven't actually been on this walk for a few years, we didn't end up coming down as much as the dogs got older. 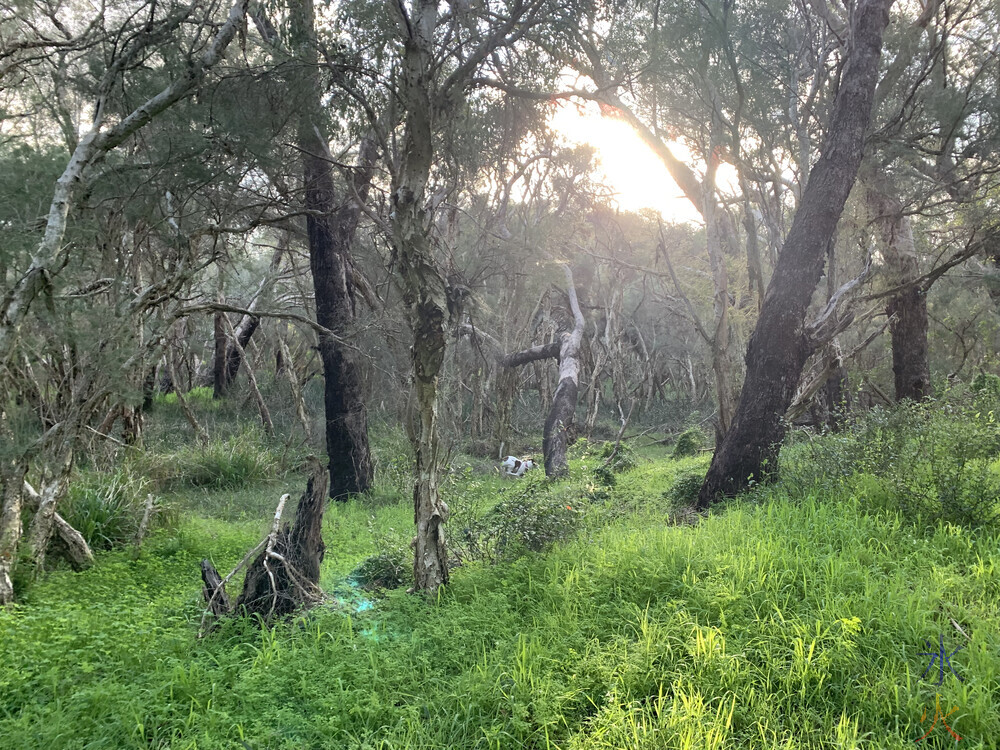 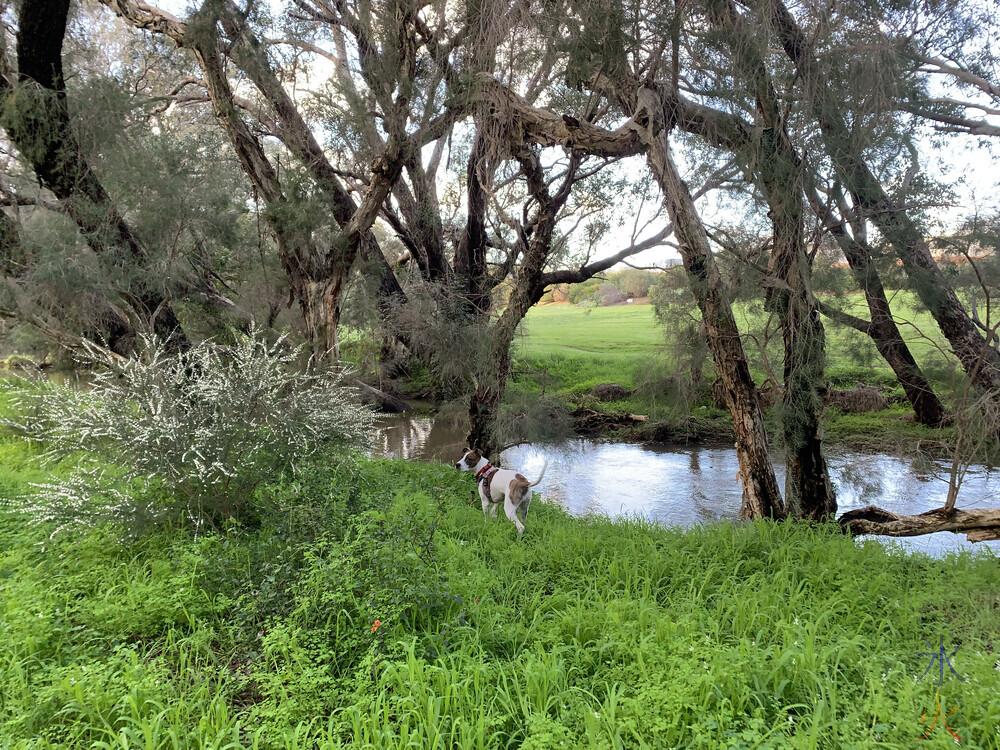 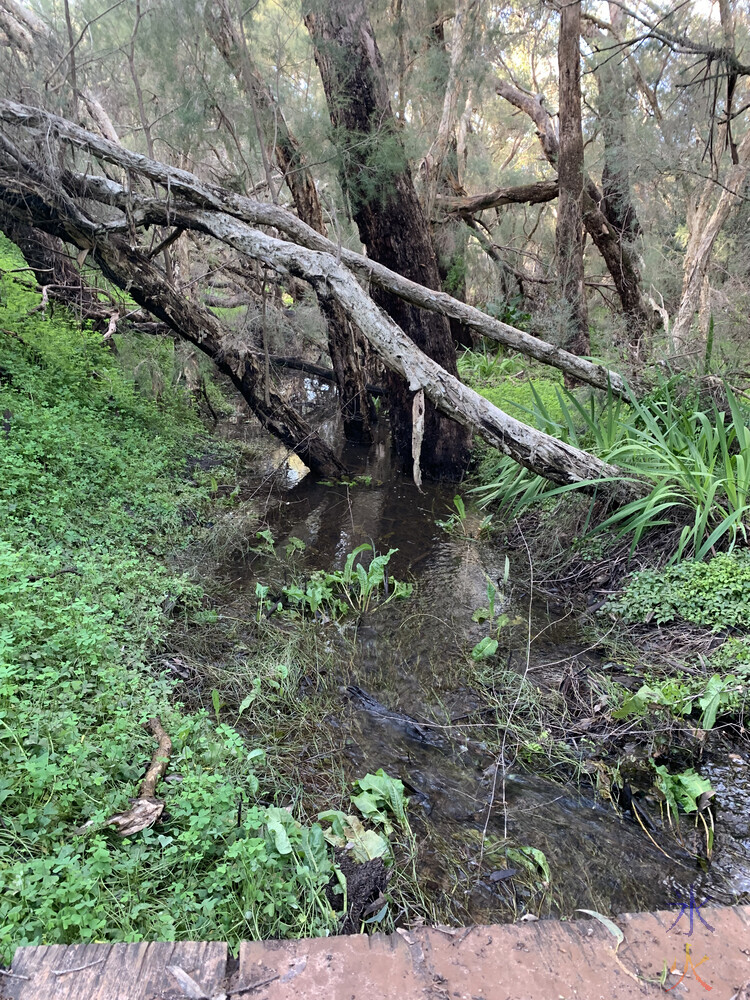 We emerged from the bushwalk into a meadow type area bordered by the river that we were still following on one side and houses on the other.  I was still not getting over how much water there was in the river and how different it looked when it was using higher banks. 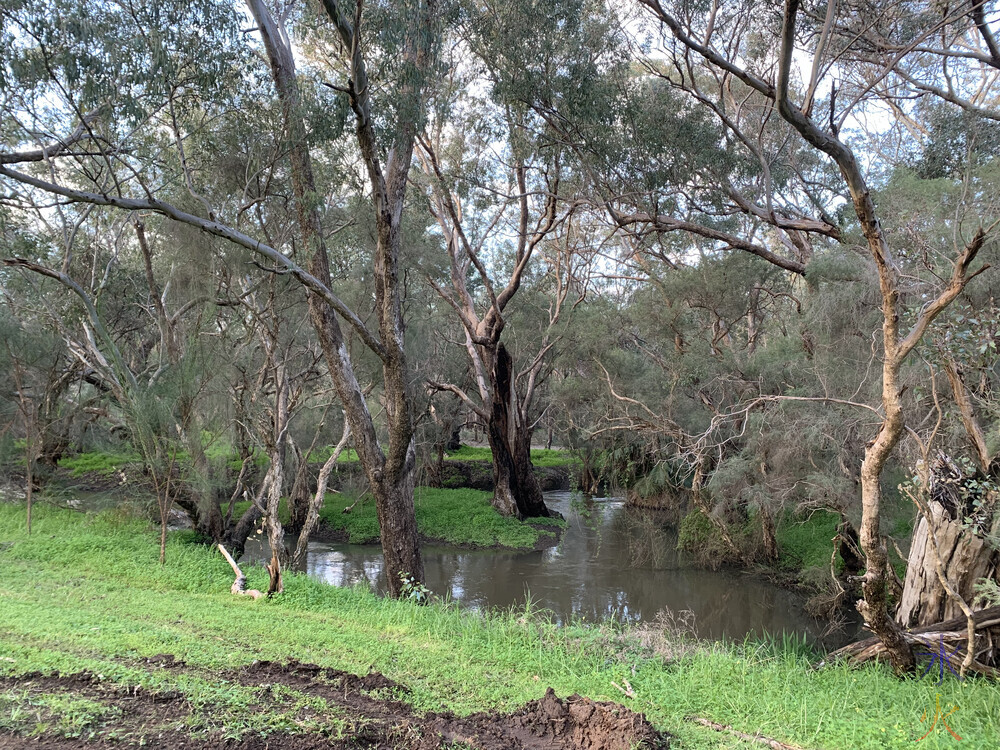 It was a little bit squelchy along this path. And some of the track was a little bit flooded but not as bad as the last time J was down this way.  Puppy thought it was amazing. 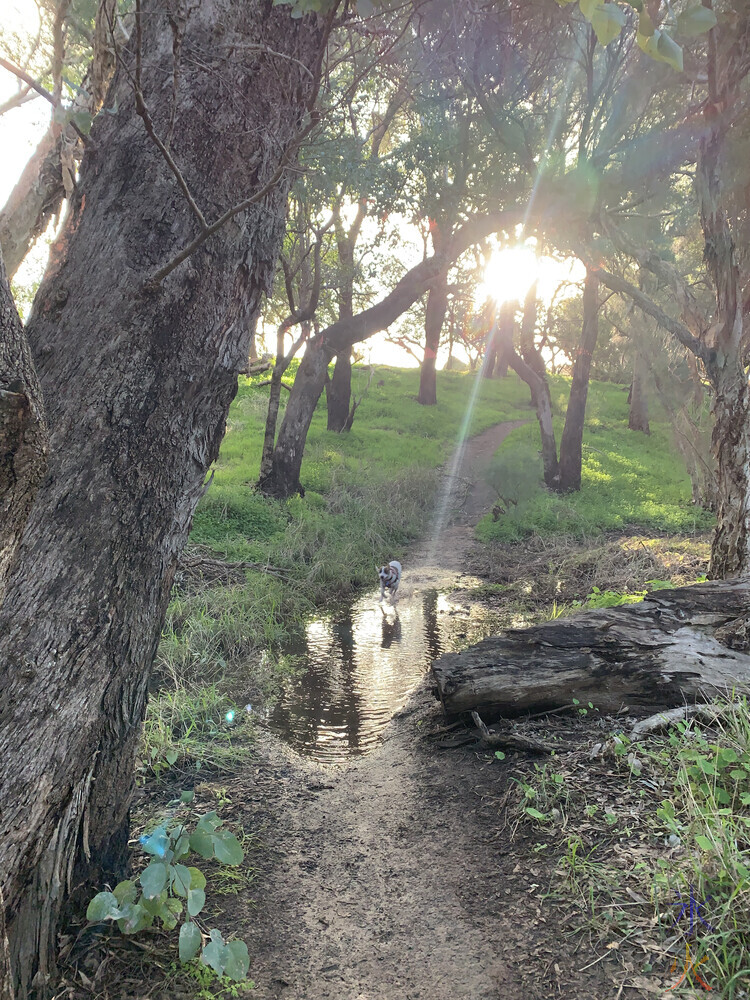 The scrub thins out a bit after a while. Then we hit the bridge that's been undergoing works.  It was really muddy and squelchy and probably slippery here (we were walking very carefully).

And I still couldn't get over how high the river was. 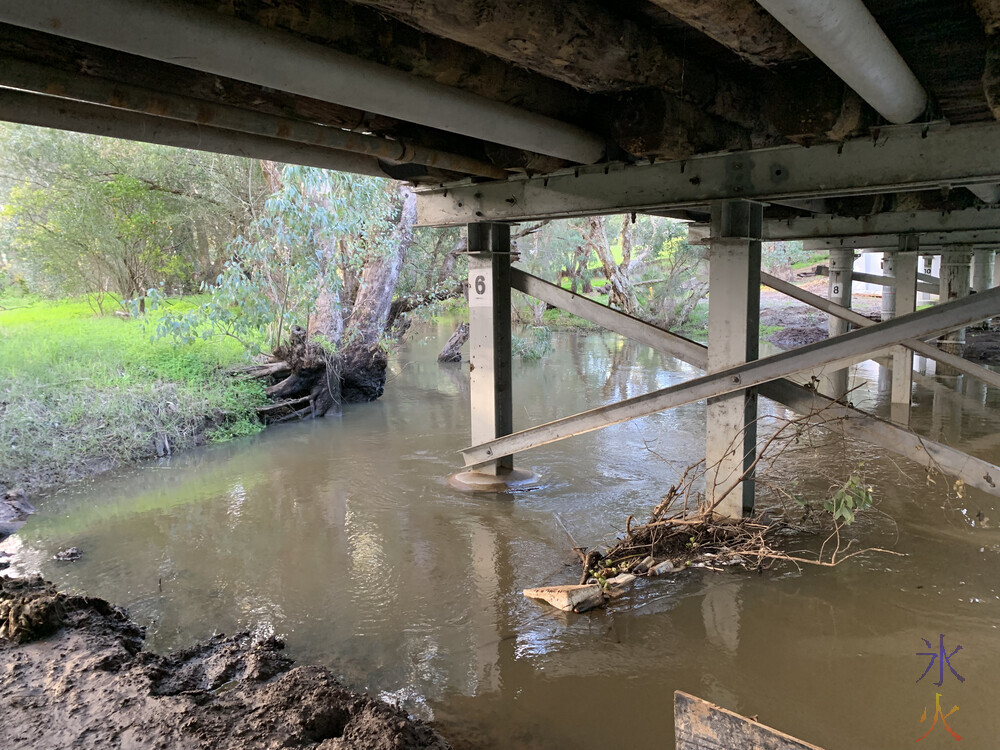 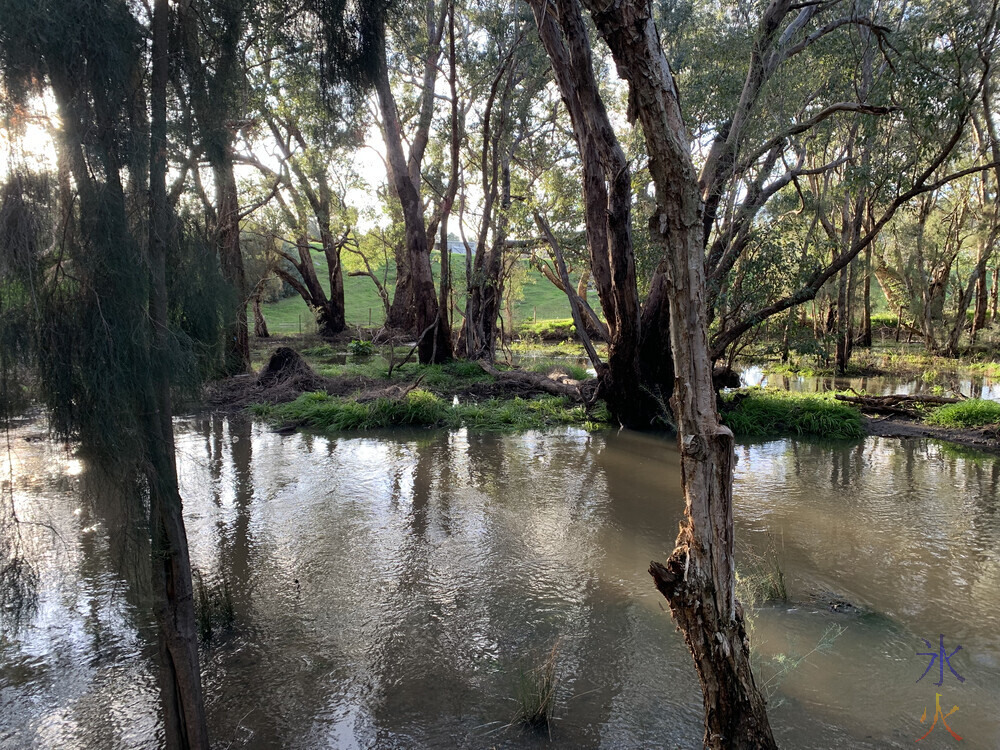 We eventually emerged out into a park that connects to the bushwalk by a couple of nice paths.  We decided to take the wetlands boardwalk.  The bog was a proper swamp. 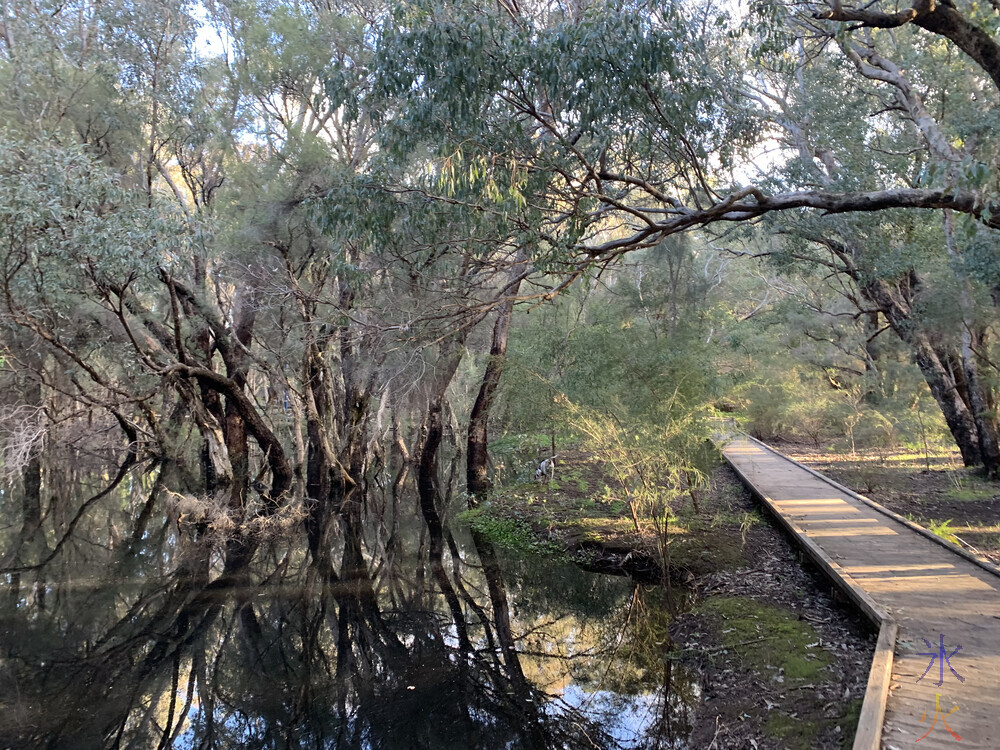 Part of it was underwater. About here we met someone else walking a dog and the two of them were having so much fun chasing each other through the muddy water that the yells to them to knock it off were extremely half-hearted.  They got a couple of minutes before we all went on our merry ways.

Did I mention I can't get over how high the water is? 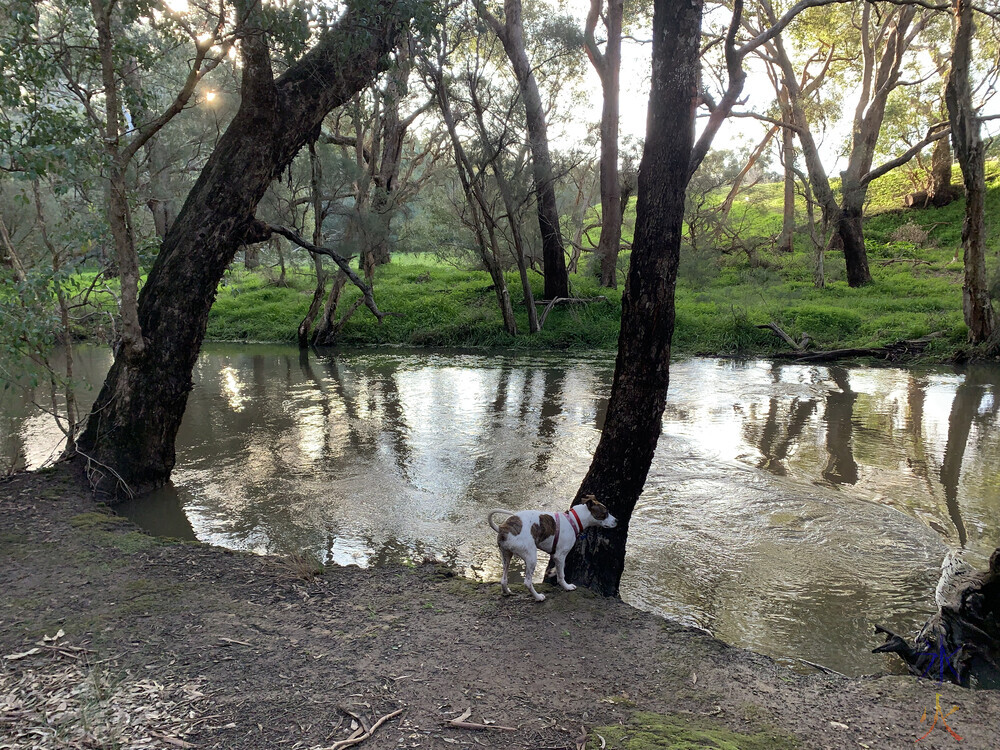 After this bit we ended up in the park proper and it was time to hurry home as there was food to cook and children to get to activities.

If the weather is nice on the weekend maybe I'll try posting one of the hikes next week or so.

Ahh this reminds me of when I used to blog more about random stuff back when I thought I had time.