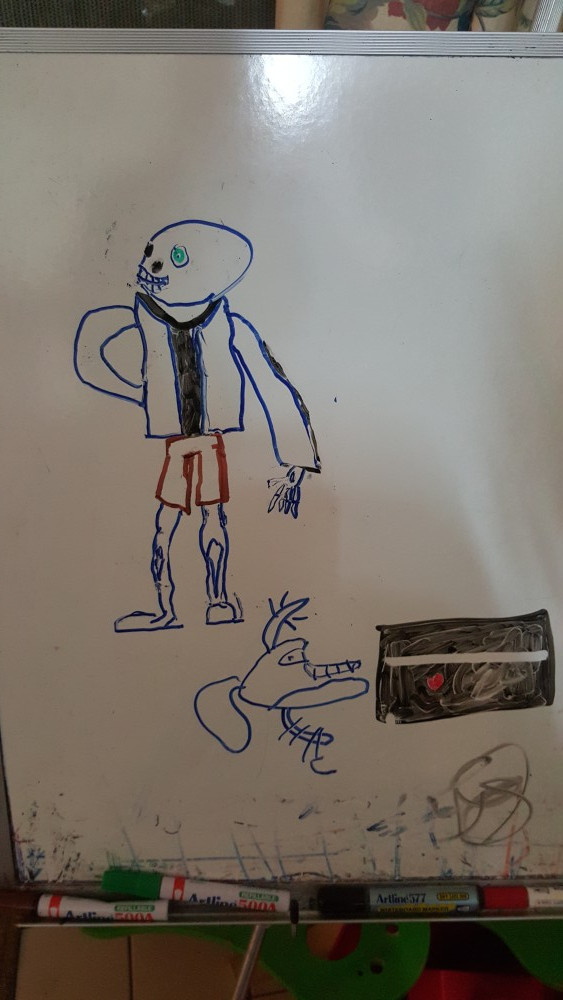 11yo's drawing of Sans from Undertale on the whiteboard 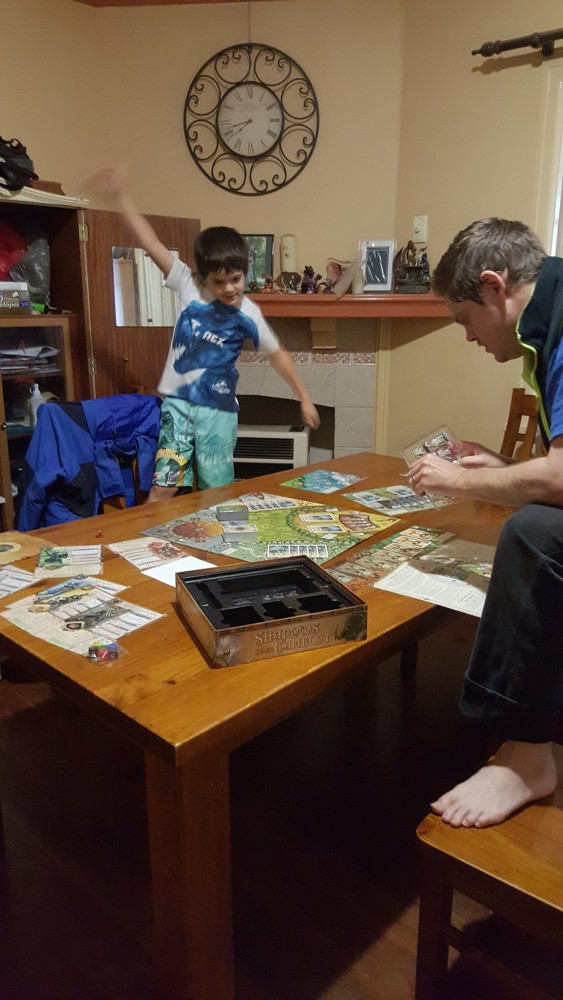 JJ and 7yo playing Shadows Over Camelot.  11yo and 9yo are off frame waiting for their turn.  I'm obviously taking the photo.  The game is fun and a little bit involved and is cooperative rather than competitive (unless someone turns out to be the traitor!). 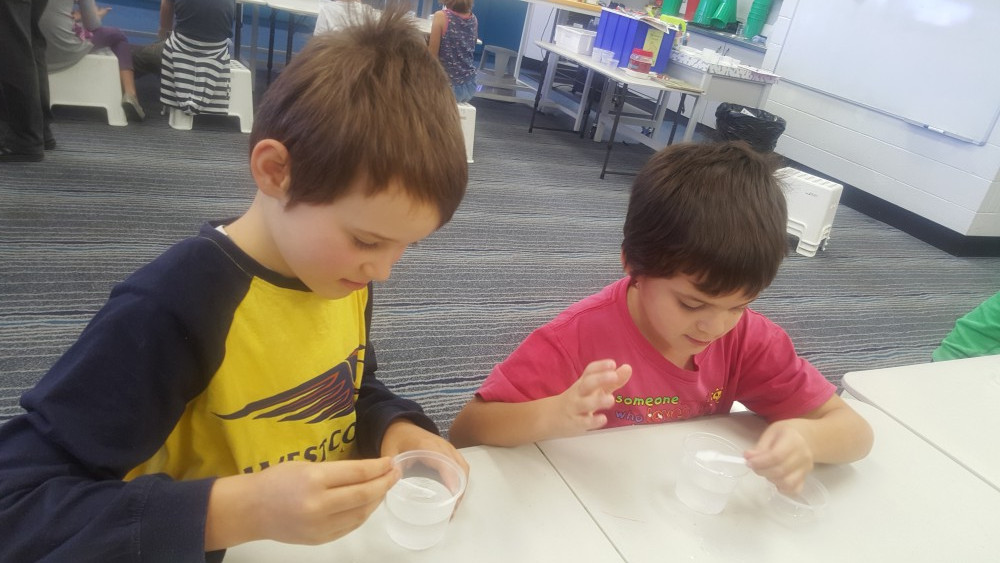 SciTech did a class based on "The Lorax" and included experimenting with water saving crystals and making a paper pot.  7yo was happy as he got to partner up with his bestie 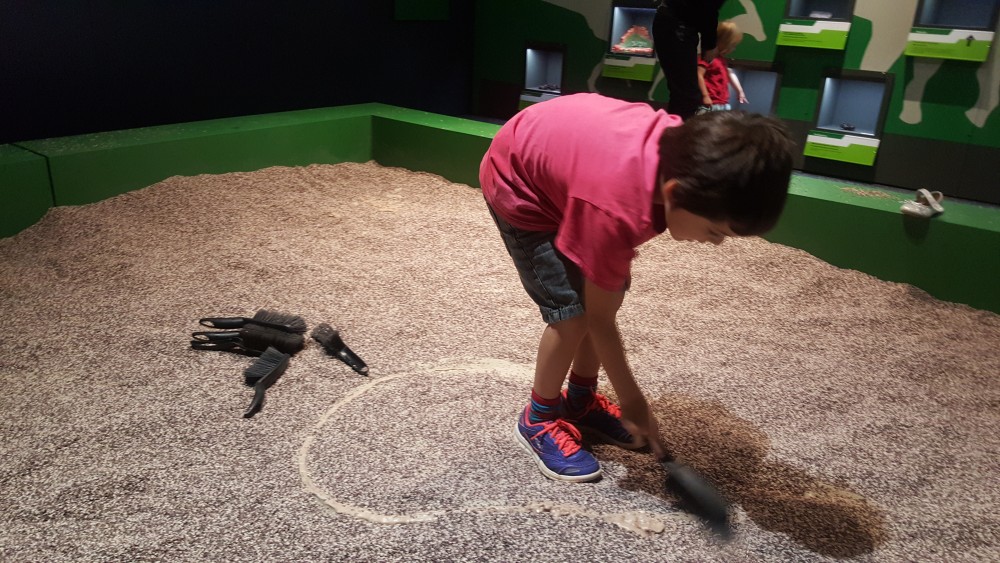 7yo digging up fossils at SciTech's dinosaur exhibit 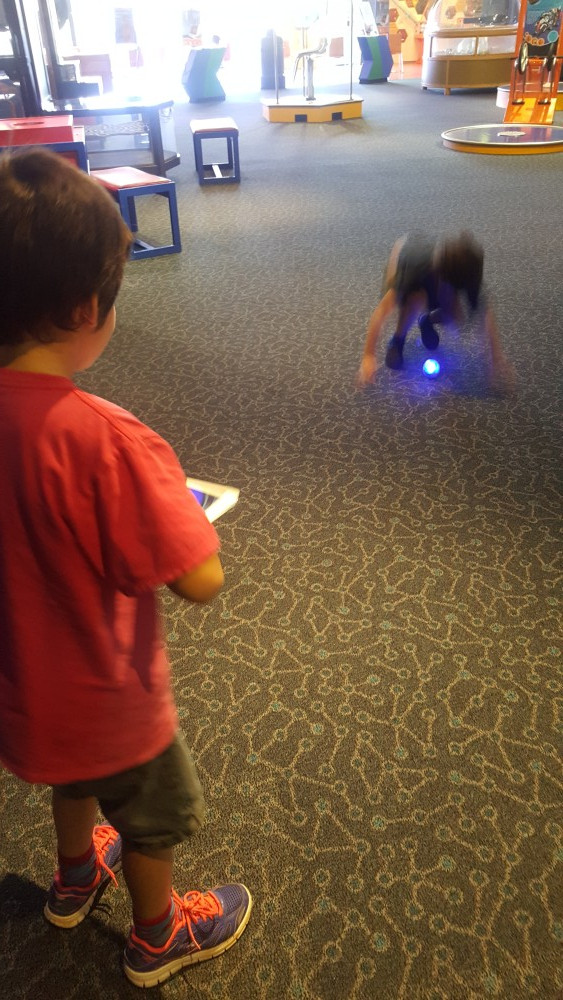 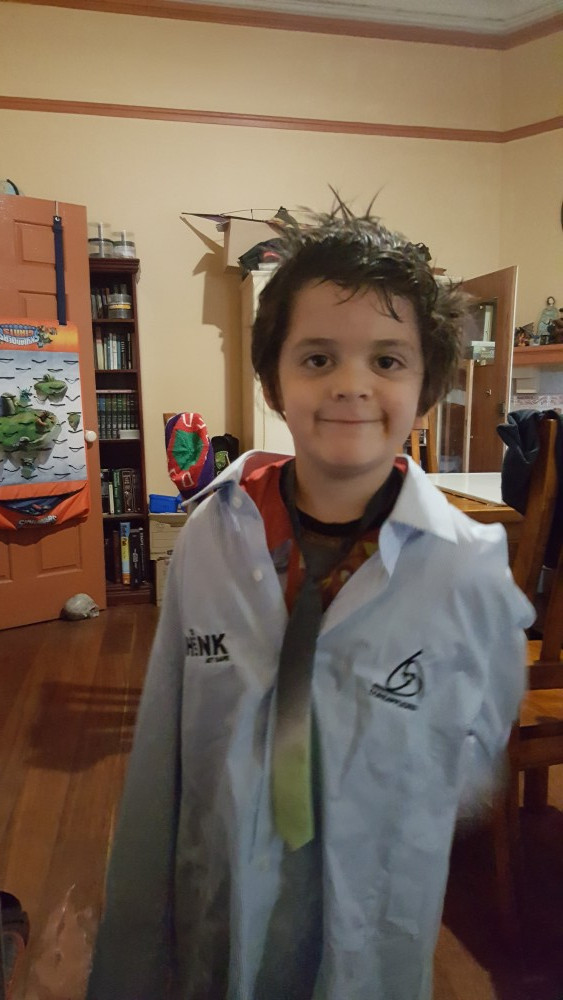 His work was "bein' a BOSS" apparently.  He also styled his hair with water 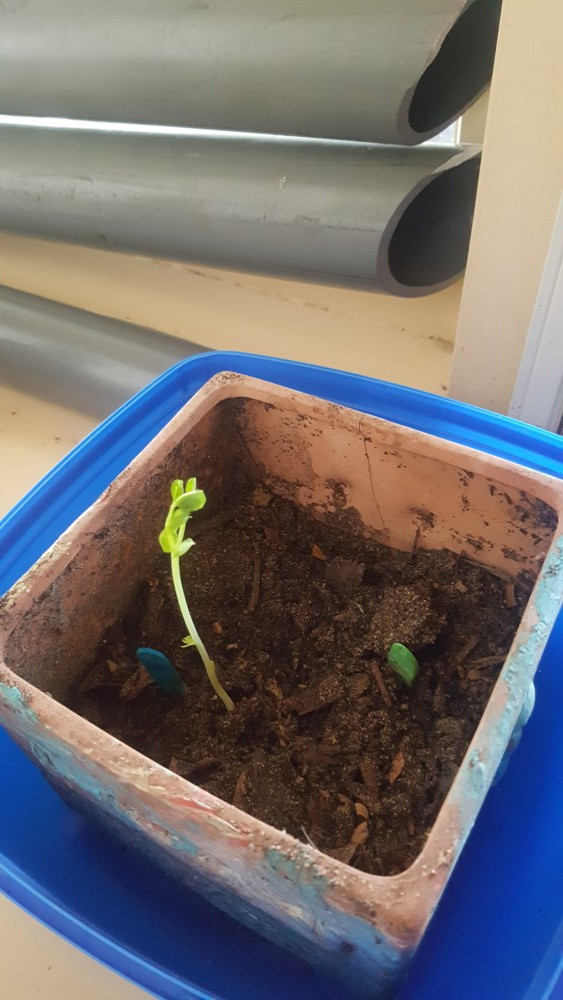 7yo got some peas and instructions for an experiment from the Lorax class.  The pea near the green stick was soaked in water prior to planting and the pea near the blue stick hasn't.  The soaked pea took so long to sprout compared to the unsoaked one that 7yo was sure it had "drownded".  He only needed a couple of reminders to water them every few days and has been diligently doing it on his own ever since 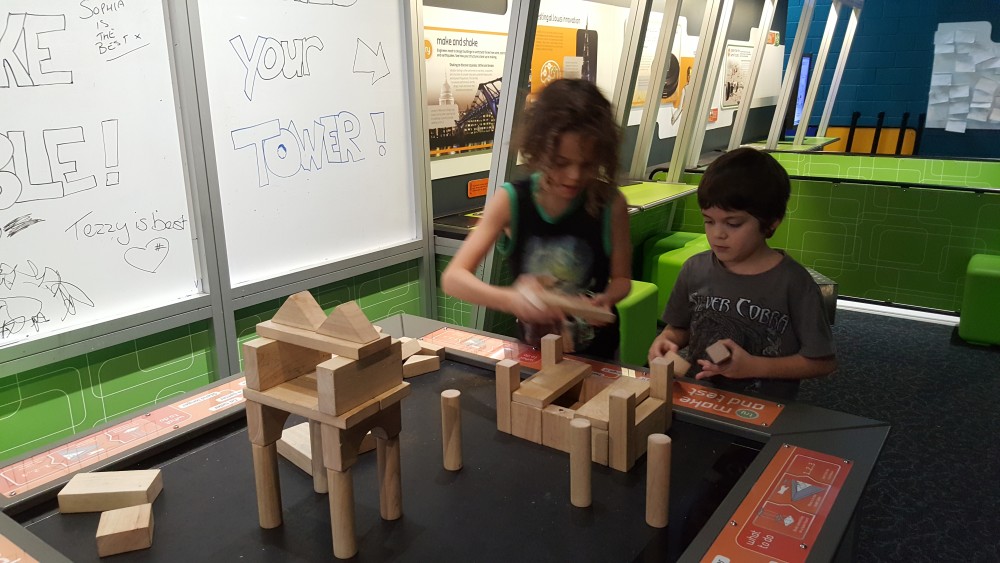 The kids attempted to design and build towers that would withstand an earthquake.  These ones didn't work 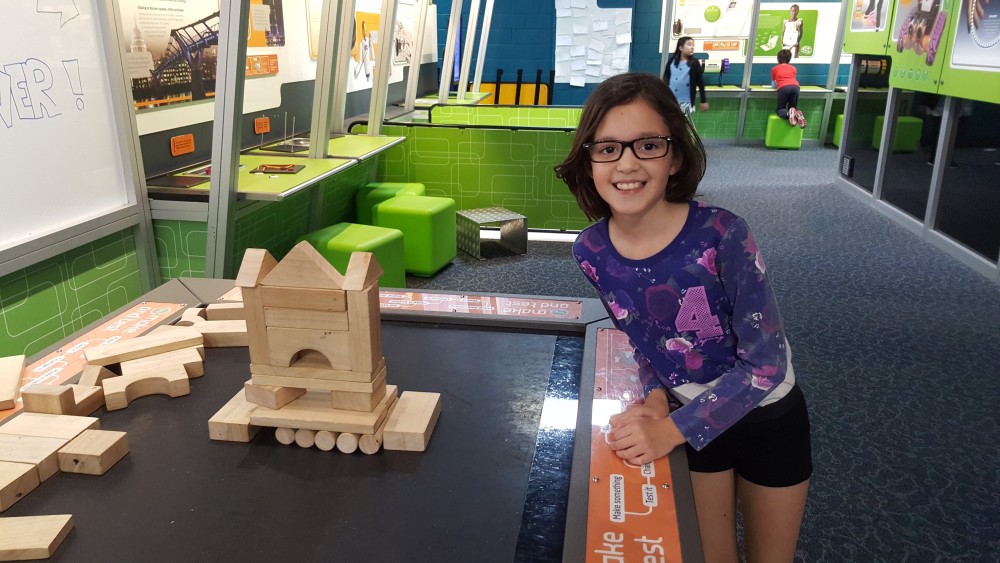