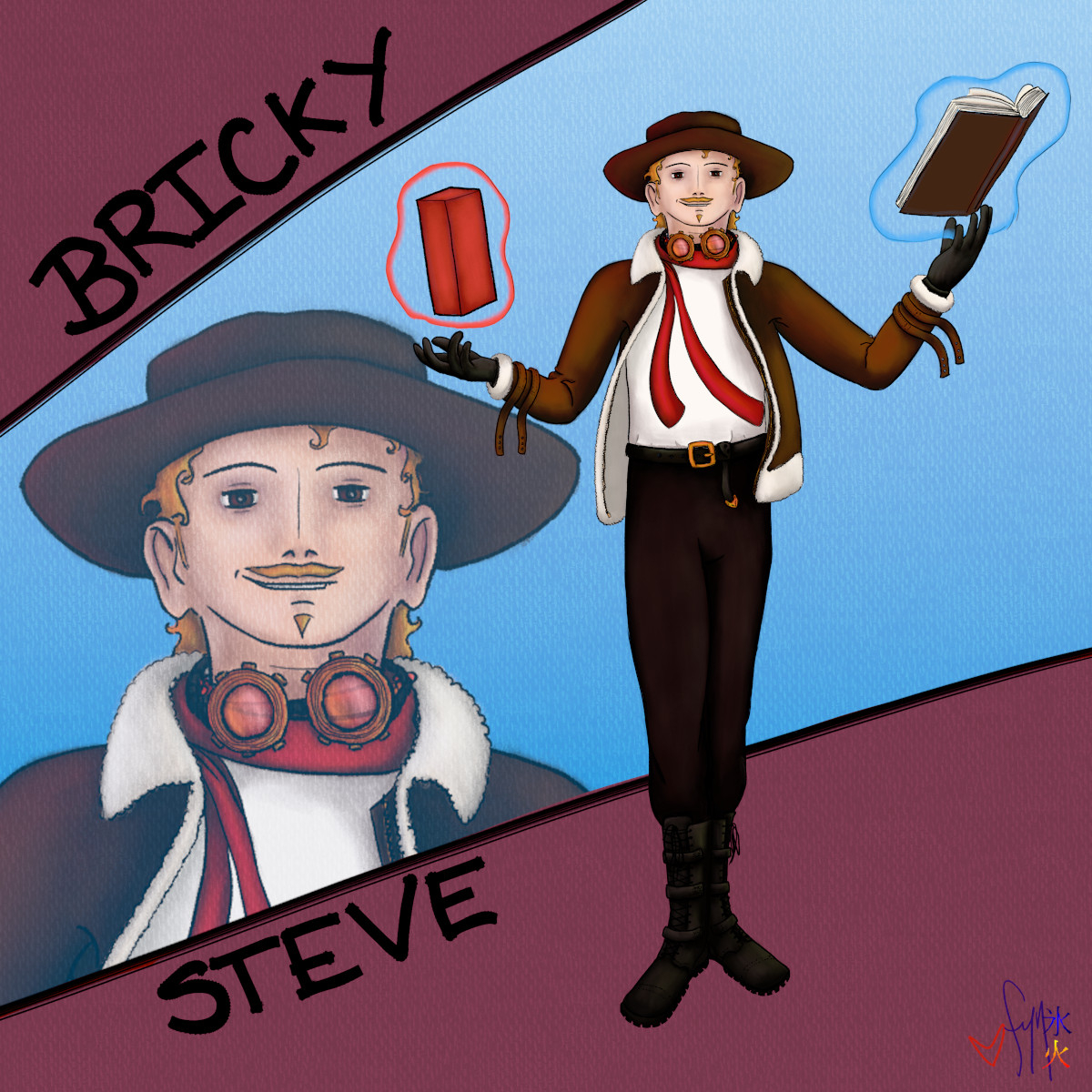 I was happy to finally get to do a smirky character XD The pose came about because anime and also the children were talking about how they could imagine him in the sterotypical cocky arrogant mage pose (the character is not arrogant but can be cocky), and using the Ubrick as his focus instead of a wand.

This took about a day longer than anticipated as I royally stuffed up the cuffs and straps on the lower sleeves of the jacket and completely failed to notice til a couple of hours after finishing shading and staring at it intently because it looked very wrong.  It needed a bit (lot) of rework and looks slightly less broken now.

I am vaguely wanting to 3d everything and animate stuff (with toon shading in anime style of course), because I'm not doing enough of that already x_x