Aside from some lag in places (which I was somewhat expecting from having read the reviews before I bought it) and even allowing for the fact I probably got slightly faster through sheer repetition if nothing else, I think retopoflow did actually make everything that little bit faster as I haven't been able to work in decent stretches but still managed to finish the wings and tail over the equivalent of a couple of days and in the 10-15 minutes I had today I did the arms and in the snatches I had after that, started working on the hands. 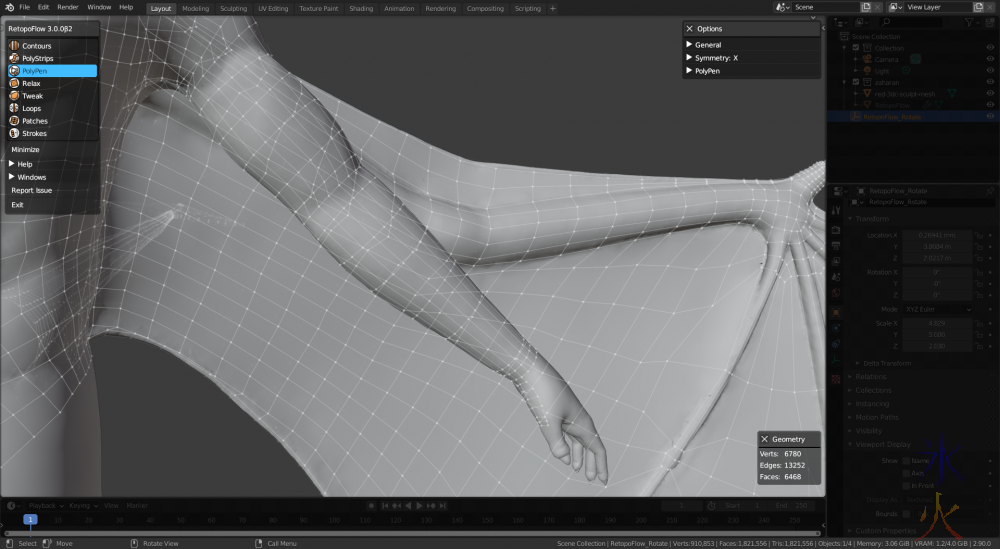 Sorry if the mesh being see through is headache inducing, I'm not sure how to turn that off or even if it can be.

I've done these bits so fast I'm now concerned I did something drastically wrong somewhere.  I'll find out when I do quick rig tests (and they will be quick as the proportions of this character are wrong but I can't fix it til after I've baked the normals and I don't want to do any stuffing around with uvs which is why there's a temporary rigging step which I'm hoping to dispense with in future models that will be correctly proportioned to begin with). 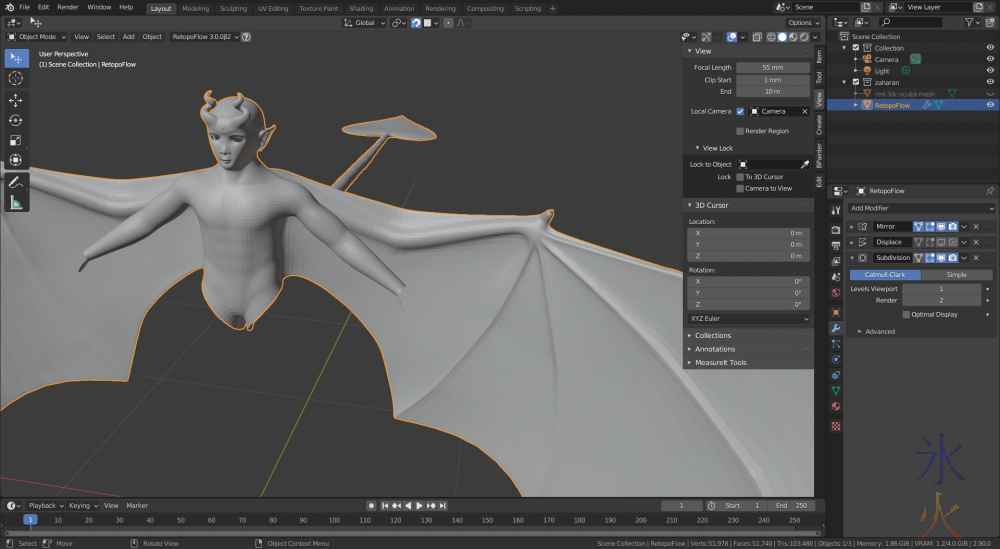