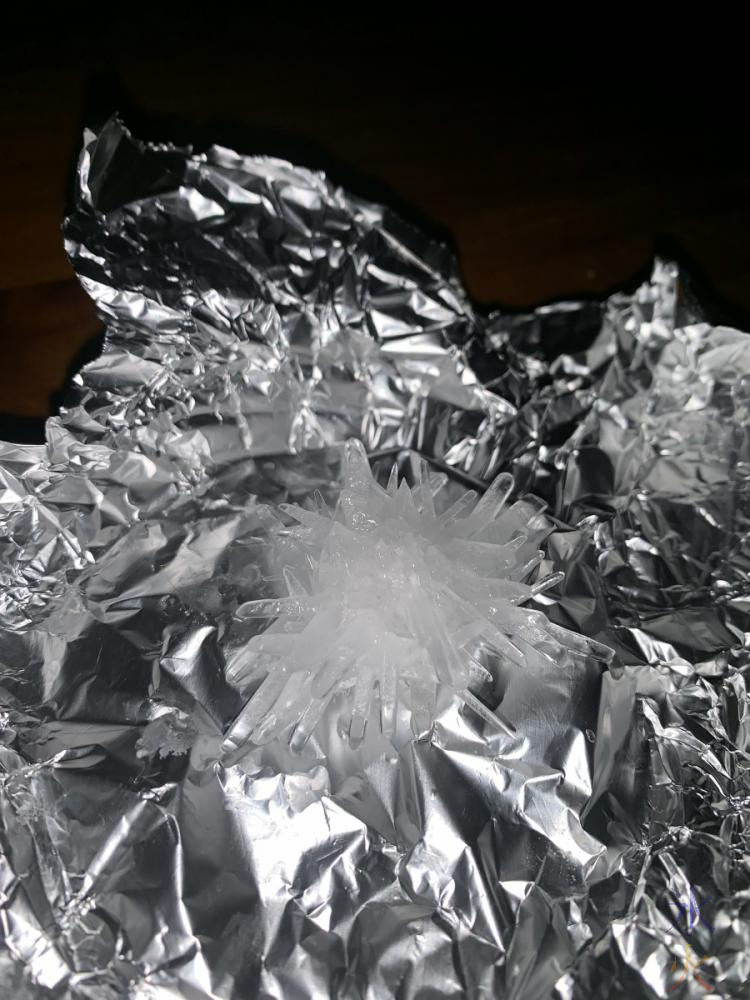 He had fun learning about crystal growing and I think it helped consolidate some stuff he'd been reading about in some of the chemistry books we have.

While trying to think of something to do one day I remembered a nice park in Melville that I'd taken the kids to 5 or 6 years ago, so decided we could go there and do one of the bushwalks I vaguely remember seeing afterwards.  Unfortunately the day we went managed to coincide with a cross-country carnival between a bunch of primary schools so we ended up parking all the way over on the other side and hiking across the park.

The playground had changed massively into an accessible one but the boys still had fun.  We'd passed through some cool stuff on the way and had a closer look on the way back. All the trails are accessible which makes for a nice easy walk. Think the hard-to-read-in-screenie scale said 50m.  On the way back to the car we detoured through a sculpture park that we'd seen on the way up but decided to do on the way back that had some signs describing the history of the area and significance to Aboriginal people. 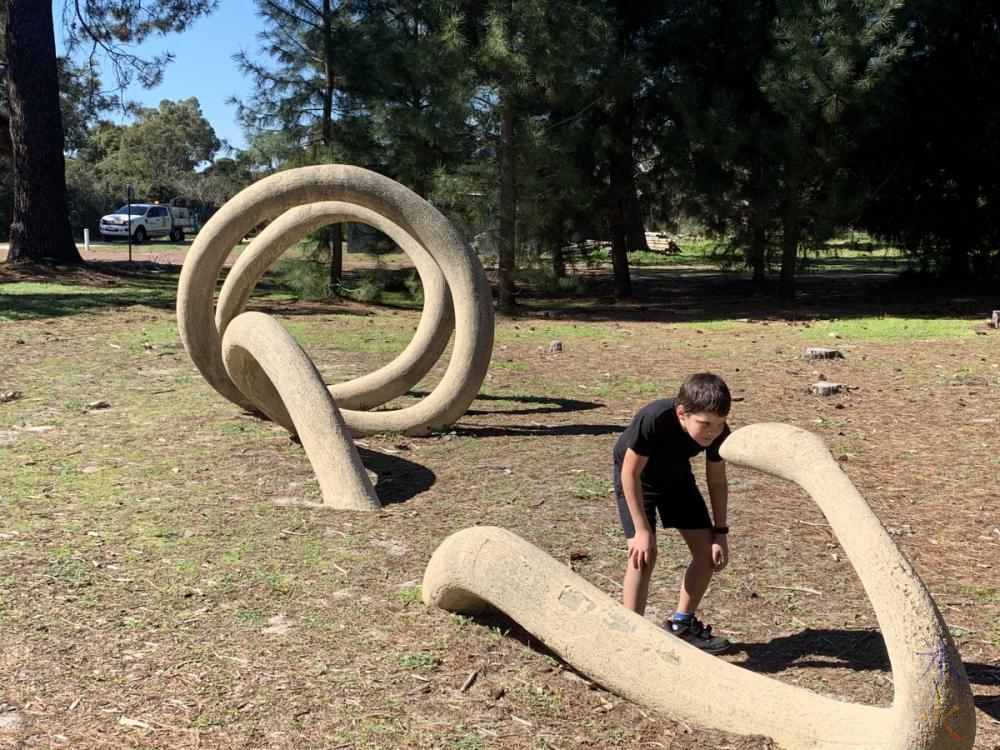 We're in the slow and painful process of setting up all our homesteading stuff again, and one of the first jobs was getting new chickens.  One of the gymnastics parents has acreage and I traded massages for 5 chickens (which ended up being 4 when we went to pick them up as one was starting to crow).  10yo got to name two as he'd come with us to pick them up, the other two named the remaining two. In September we finally went on a Duyfken replica tour.  It was one of those things which I'd been planning to do since I found out it was berthed at AQWA but we were trying to tee up with the outlaws and the little cousin who adores boats.  We got there eventually. The ship has some modern safety features such as electric lanterns instead of candles because it's a massive fire hazard but is otherwise an interesting time capsule.  On display were examples of some of the things that would have been on board including cutlery and crockery, cargo, weapons and plushies to represent the rat hoarde that was often present on sailing ships in those days. 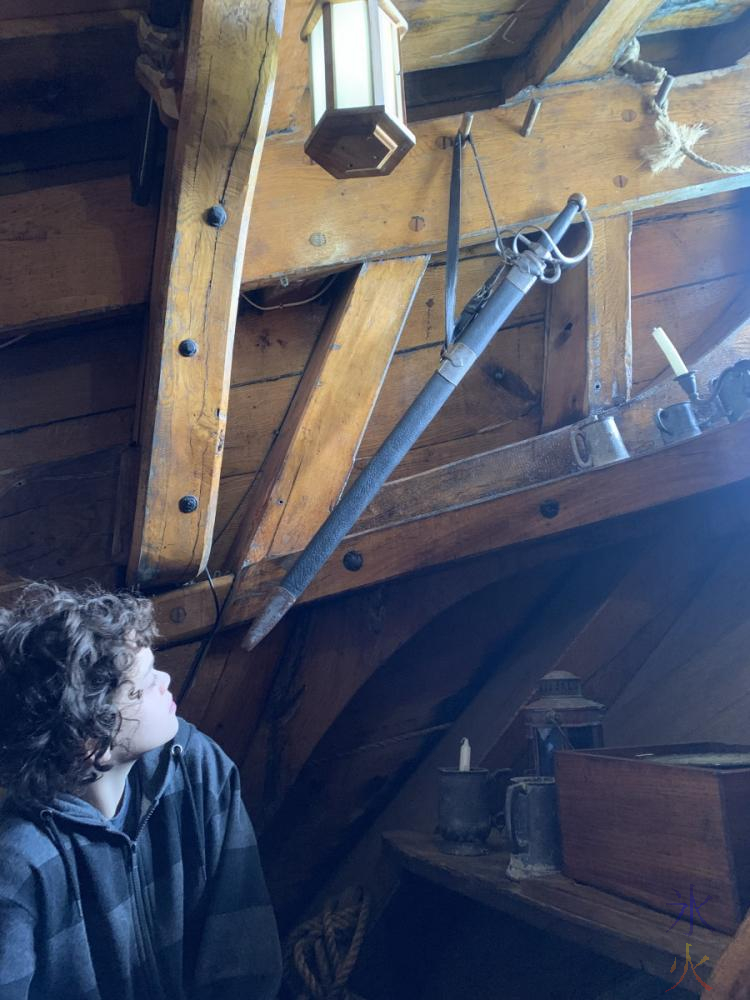 The ship was steered by this stick which was connected to the rudder via a huge beam in a room at the back of the ship that we went through but which crew members are banned from especially while the ship is in motion (might have something to do with the huge beam that would have been swinging back and forth). They also had samples of some of the biscuits sailors on the original Duyfken might have eaten, and explained how the cannons worked.  Apparently anti-personnel cannonballs were a thing and they were nasty little devices with hooks and chains and spikes on them. Then of course we had the obligatory photoshoot. We had a good chat with the guide afterwards where he answered a few more of the boys' questions (specially 10yo's relentless ones) and chatted with the outlaws about sailing as father in law used to own a yacht once upon a time.

And then seeing as we were at AQWA and entry was included in the tour, we of course hit up AQWA afterwards.  The baitball tank was the first stop as it was not far from where the Duyfken was berthed. Then the ever popular touchpool where we got stuck forever again. 10yo was particularly fascinated by the cuttlefish this trip, and instead of doing what he did last trip and running off after younger cousin who in the manner of toddlers wanted to see absolutely everything all at once right this second, he was taking it slow and reading the signs on things he was particularly interested in (which was almost everything in the danger zone). And no visit to AQWA is complete without a round or three through the pipe. I'd paid for all the tickets and told the outlaws they didn't need to pay me back as they do an insane amount of stuff for us.  Mother in law however decided it was only fair if she bought lunch. The food was really good.  And kind of huge.  I only just got through mine and I have no idea where the boys put theirs.  Oh wait children have pocket dimensions for stomachs.