July and August were a bit of a blur as some not fantastic events occurred which monopolised my thought processes.  We got reacquainted with death when my last two cats died within two weeks of each other (the one before had died Christmas last year and we had also lost a guinea pig recently).  There were some extended family dramas which didn't involve us directly which fortunately resolved before getting down and dirty with the legal system became necessary rather than advisable.  Sprat was up for the semester break which is always great and the kids and I had lots of interesting conversations.  Unfortunately I can't remember any of them.

It was fortunate that during one of the many times I was dragged out shopping with Sprat and 10yo I remembered to restock our paper (just your bog standard pack of A4 printer paper, nothing special) as 8yo asked me to fold him a paper plane.  I did one and then showed him how to do it himself.  After folding his first one he took off and started experimenting with what would happen if he folded the plane differently or made the wings different shaped or had symmetrical wings and what would happen if he stuffed one paper plane inside the other (answer: it flew kind of like a mildly aerodynamic rock). Major highlight for August was the gymnastics regionals competitions.  Our club hosted the girls level 4+ and a couple of weeks later all of the boys levels.  We did the usual help with set up and reset, and for the boys comp we made brownies for the canteen to sell.  From this we learned that 10yo, who has been struggling with maths, is actually really good at it when there's a reason to be doing it, as she worked out triple amounts faster than her much more adept older brother. 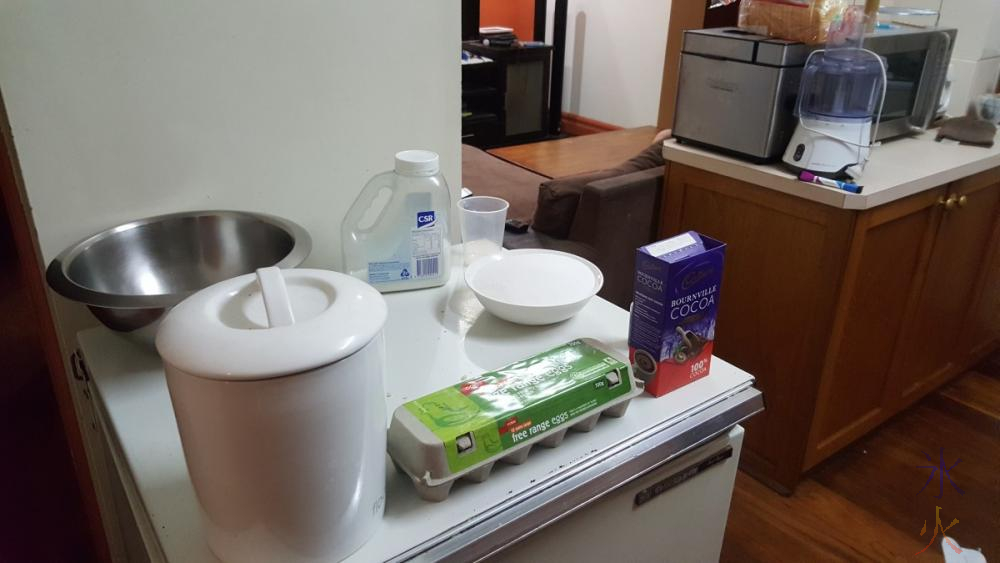 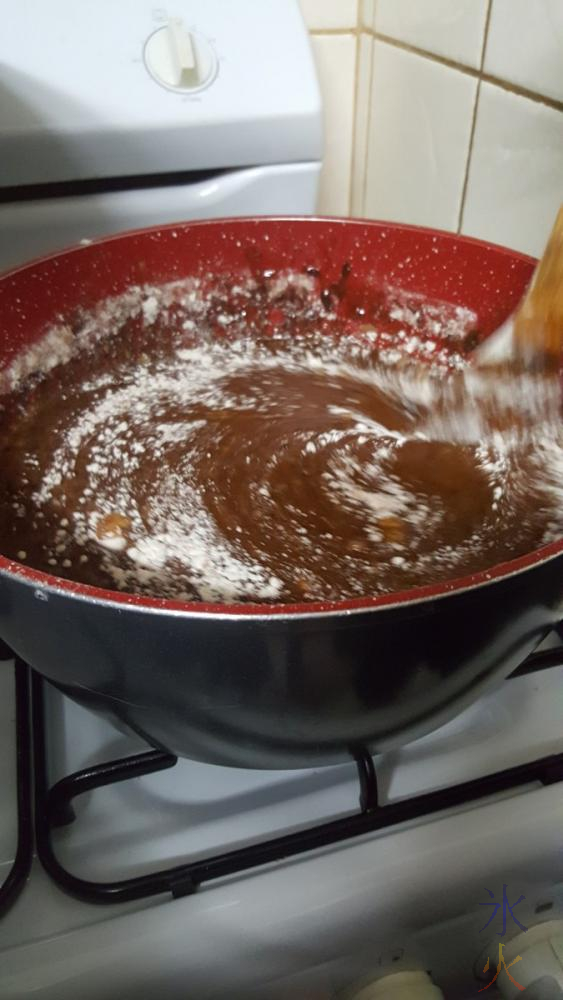 After the comps 10yo had a gymnastics friend sleep over.  Like every other person they both love slime.  So there was some pretty intense slime making.  In this particular session it was "fluffy" slime (which I guess is fluffy in the same way meringue is fluffy). Yeh it got messy. 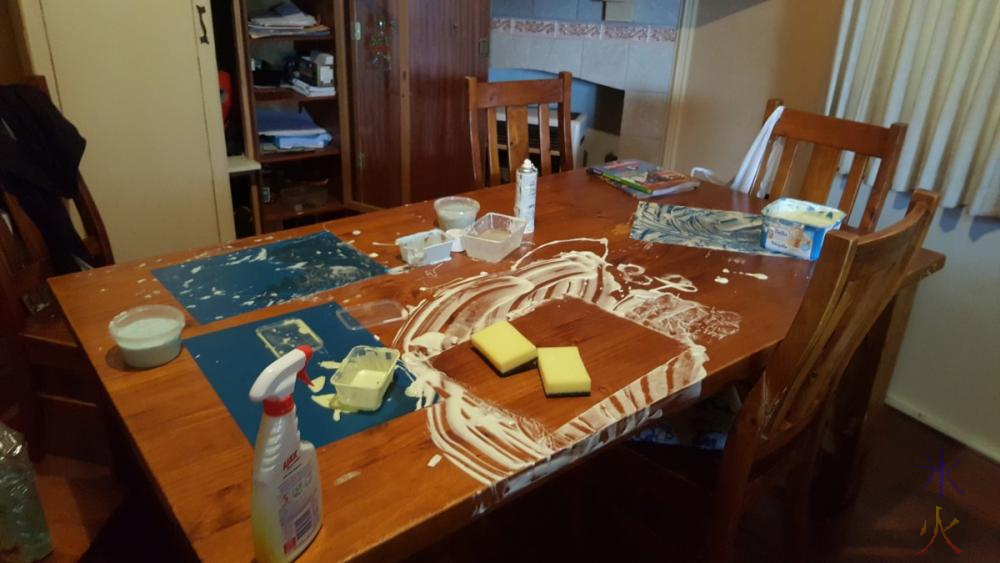 It's really difficult to get 12yo writing at the best of times.  Even when it's relevant we usually need a fidget cube to get through the ordeal.  He's been thinking again about future careers and other such money making methods and has decided he wants to try Youtubing.  I might try to swing him onto steem/dtube or bitchute instead, and ditto with 10yo. 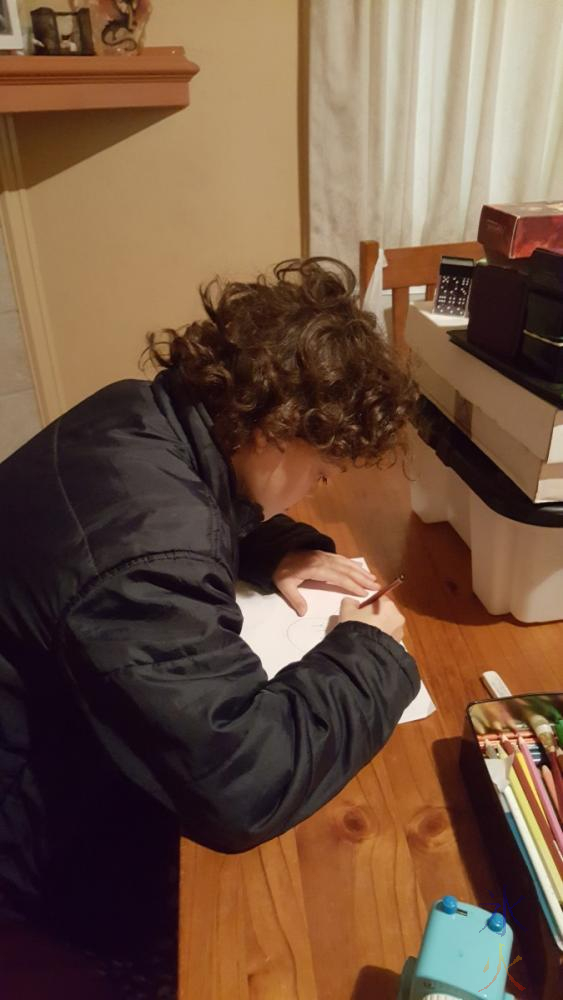 The relevant writing here was getting 12yo to write a mindmap outlining the kind of gear he thinks he needs for his channel (he wants to do gaming related stuff) and what kind of content he should be producing and the kind of stuff he needs to know to be able to produce said content.  He came up with quite a good  little plan, and now all he needs to do is the bokwork and stuff he needs to do to be able to earn the money to buy the things he thinks he needs so he can do the things he wants to do.

We did a Scitech trip which is always a hit with the smalls.  The biggest has been doing his pre-teen thing of "everything is boring".  I suggested he start investigating things deeper and asking the staff questions and doing a few more experiments with the displays. 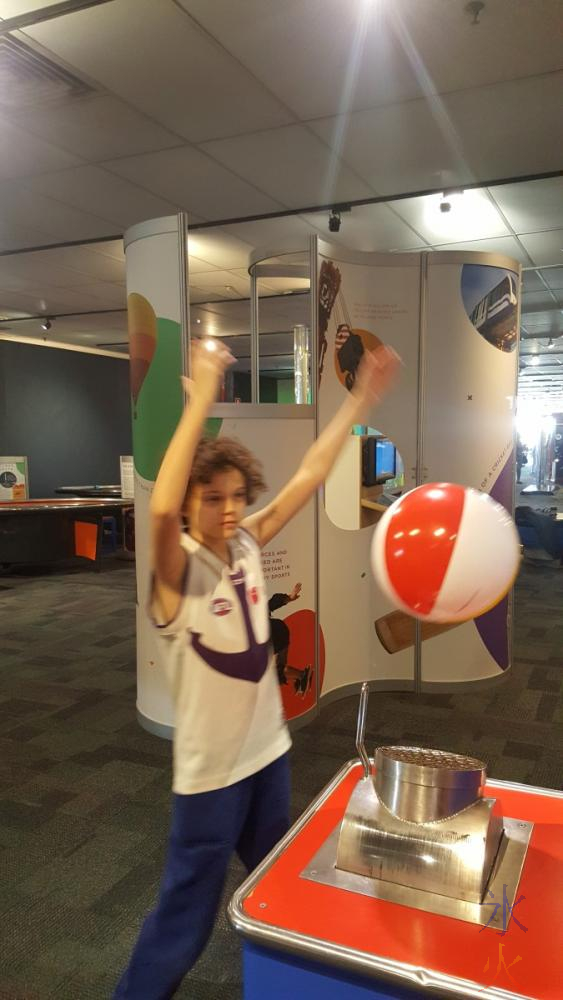 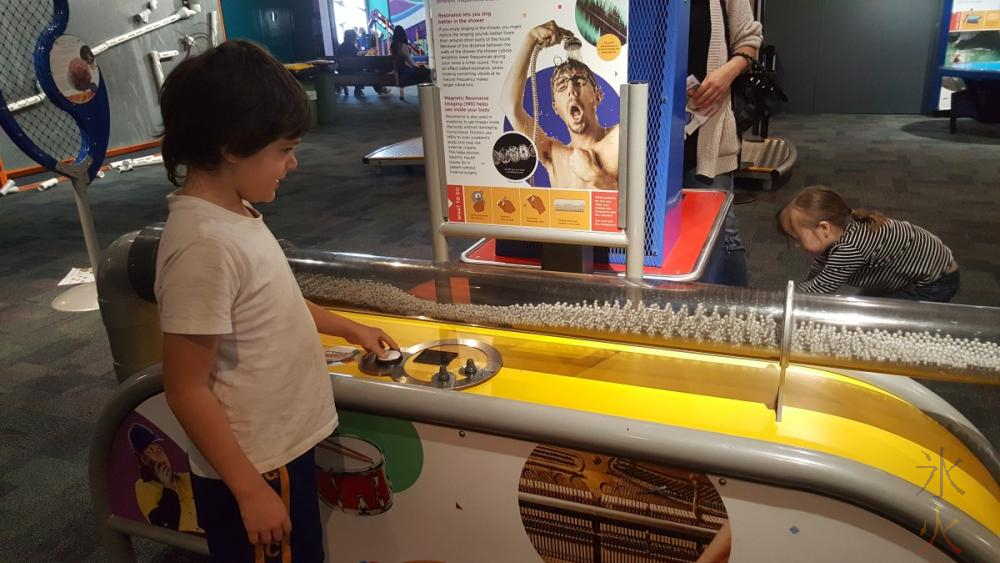 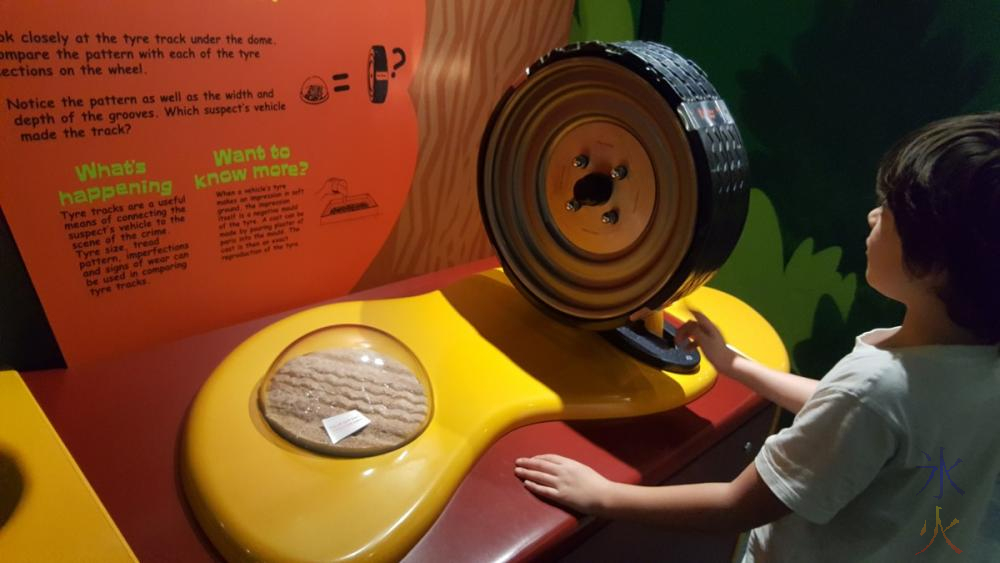 The earthquake shake table is always a hit with the smalls. 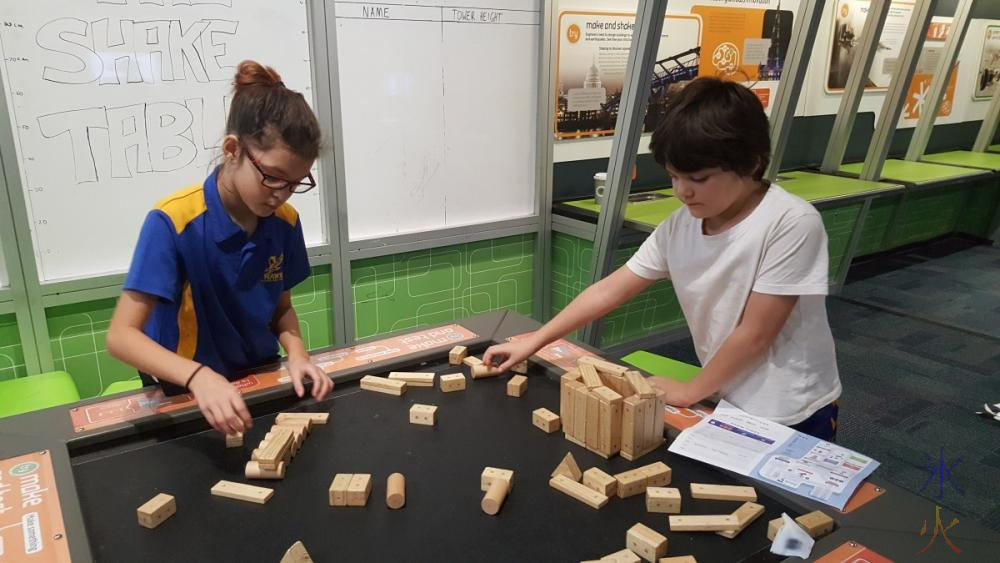 While 12yo is doing his FreeG classes 10yo will often practice her gymnastics elements on the carpeted area around the floor and out of the way of where people are walking/playing and 8yo is usually on his iPad or outside.  I think this particular day was cold or rainy or both, as he collected some rocks and brought them back inside and made up a rather complicated game with them. After drawing this Slugterra slug from reference he's also been a bit more confident about just dropping ideas onto paper without worrying about how they're not as good as his sister's drawings. 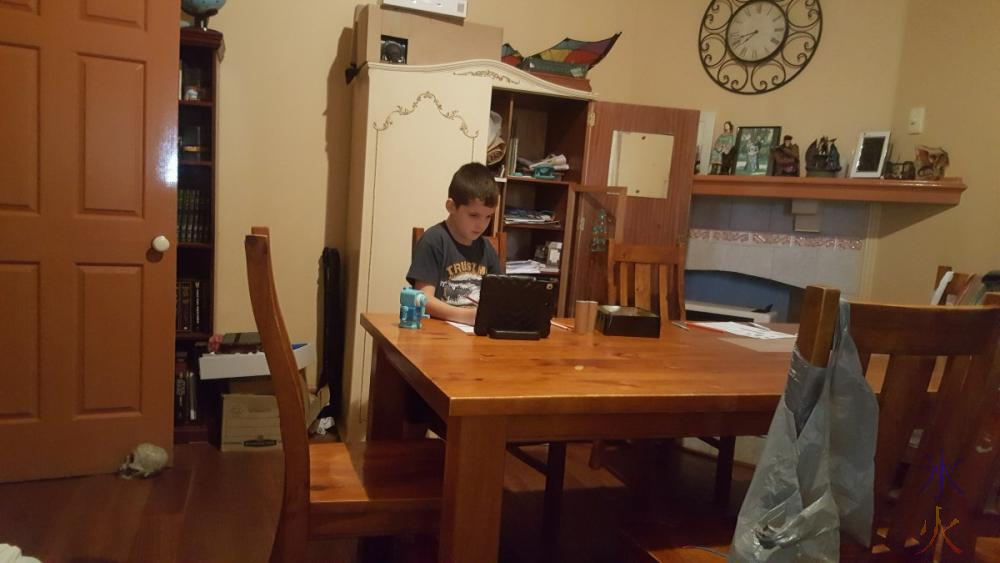 I'm not sure whether it was how the characters pronounced the slug's name or just how he heard it or just developing spelling skills in general that led him to sound out "Burpy" in that fashion, but it was a decent attempt.

Interspersed were our usual conversations, mostly discussing docos and things that the kids find on Youtube.  12yo has been really interested in discussing politics and is generally unimpressed with the behaviour and attitudes of politicians in general.  We've also done a fair bit of character stereotypes and common plot devices in various forms of storytelling (mostly anime and film), and the smalls have been marathoning Deadly... and Horrible Histories.  12yo is seeking stories with deeper characters as he doesn't buy the good/evil dichotomy, so we're continuing to work through the Discworld novels we have and JJ has also started him on the Dune novels.

8yo has been devouring science and history books from the junior section of the library, he usually has them read to him for bedtime stories.

10yo is getting into poetry, enjoying My Country by Dorothea McKellar, and we've since been investigating some of the other poems in the poetry anthologies we have.