May was a pretty cruisy month for a variety of reasons.  Initially, we were recovering from an April that managed to be both crazy (but not nearly the same level insanity as the end of the year usually is) and relaxing.  Then everyone took turns being sick.  We're all good now.

12yo seems to be headed into the know-it-all self-righeous phase and it's a good thing he has a lot of different aged and types of people around him to bounce things off as it tempers his views and stops him from being insufferable.  We've had quite a few interesting political and philosophical discussions usually on car rides, which are great except when I need to concentrate at a busy intersection.  Trying to get him to be more observant of his surroundings is still an ongoing battle.  He went cold off gymnastics at completely the wrong time, declared he was bored and didn't want to do it anymore.  I figured he was being hormonal and told him that he was doing it this term whether he wanted to or not because I'd already paid for it.  He has found his love for it again, and I have told him that while I won't make him keep doing it if he completely loses interest in it and really doesn't want to do it anymore, I do want him to keep doing it as it's something that he struggles with and I want him to keep working at something that is hard for him as a lot of things come pretty easily to him and he's not used to struggling, so needs to learn to build some resilience from somewhere.  Anyway he went cold at completely the wrong time and when he should have been working hard to qualify for badge testing he did his absolute best to skive off, and by the time he got back into it, it was too late.  He initially tried to blame me for the fact he couldn't qualify but eventually had to accept that it was his own refusal to train that has led to him having to remain in t he same level til this time next year.

10yo continues to plod along as per usual.  She has badge test coming up in a couple of weeks and has been going hard at training, plus I have to try to remember to take them to the park so she can practice her floor routine (she has a foam beam under her bed and while we have space in the yard it's not particularly safe for gymnastics).  She recently finished her diary and went girly shopping with a friend for additional art supplies and a new diary (the thing is fluffy and has a rainbow unicorn on the front).  She still hates maths but seems to be struggling along determinedly with the Year 5 work and I'm happy that she's giving it a go, I did tell her that if she felt like she was struggling too much she could keep doing Year 4 work for a while.

8yo has also been surprisingly philosophical, we had a discussion on existentialism which was getting a bit deep for me so fortunately he didn't pursue it too much further.  His reading has taken off and he is now trying to read everything that we pass, and is a lot more confident with his readers.  He is used to doing big loopy pre-primary-year 1 style writing which I had always put down to lack of practice and I kept trying to encourage him to practice as much as possible, but he doesn't write naturally and trying to get him to write things down or work in his workbook is like pulling teeth without anaesthetic sometimes.  While doing a science workbook I found out from him having to squeeze a long word into a relatively small line that he can actually write small and very neatly when he concentrates, his writing is actually neater than his brother's! We've been going to a child psychologist on the recommendation of a paedietrician and I've been told it's not autism, just need to wait til next appointment in a couple of weeks to find out what I'm dealing with and hopfully they have some new ideas or new ways to go about old ideas for me.

And now some photos.

10yo went on a mad drawing binge and on one of those asked her older brother to spend some time with her by drawing. 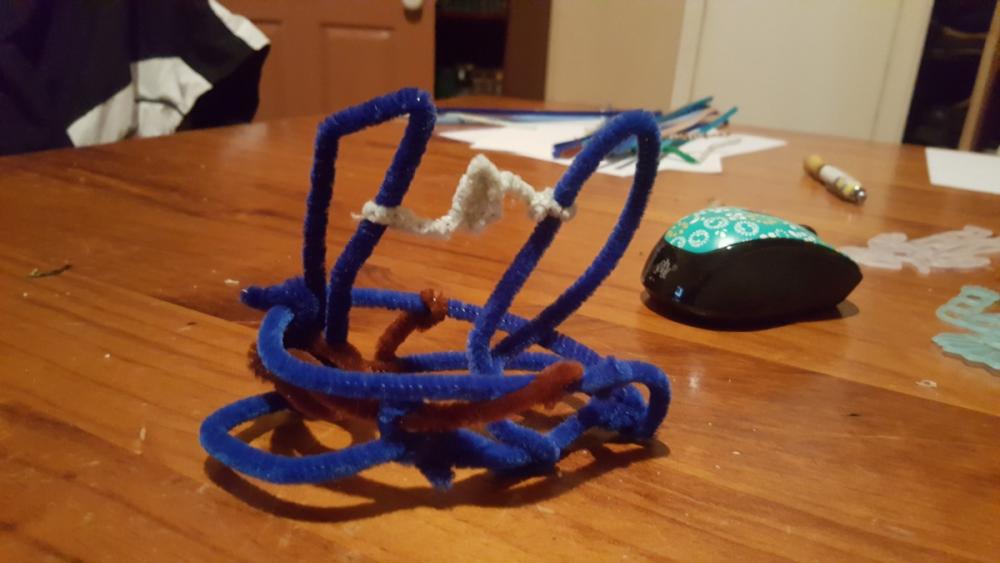 12yo is really not into drawing but he happily hung with her at the table, she drew and he made a Protoss Warp Gate out of pipe cleaners.

We all decided we did enjoy gaming days, but I haven't had the time to be able to set up roleplaying campaigns, so we're going to be playing cards instead.  I have a decent collection of Pokemon cards, once the energy cards had been replenished (fortunately they're very cheap, and I don't know where all of mine disappeared to) I was able to throw together 6 decks that played well enough against each other.  8yo helped me sort the cards. 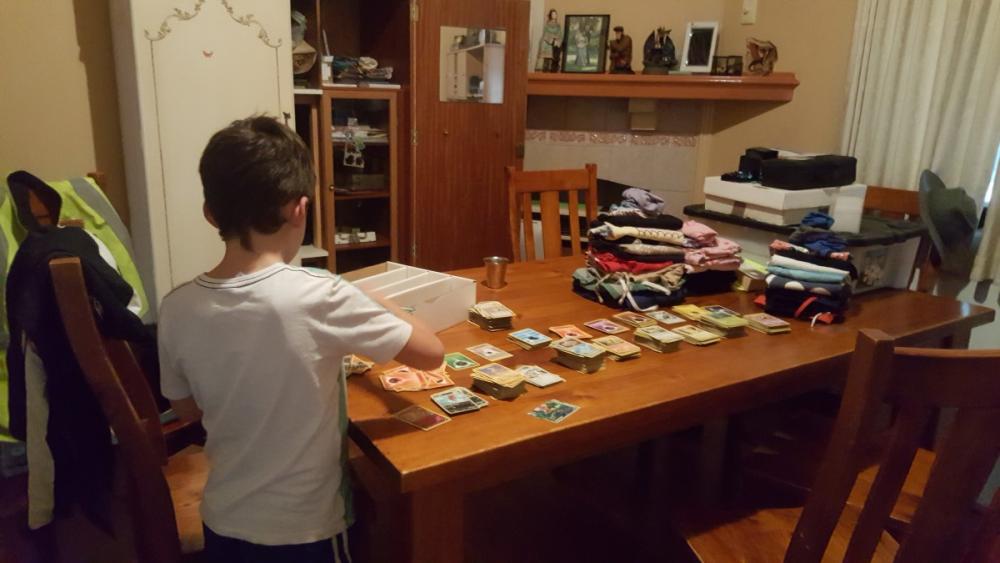 JJ has a good sized collection of Magic cards and has offered to put together nice easy beginner decks, but we haven't got up to that stage yet.  The kids that are coming over have the choice of Magic or Pokemon, though with the lot that came over first we did Pokemon as it's a lot easier to learn than Magic.  Seeing as both card games are made by the same company they have very similar mechanics so anyone interested will be able to pick up Magic pretty easily once they've gotten the hang of Pokemon.

10yo has printed out a lot of colouring pages from the internet to colour with her Copic markers.  She got JJ to order her an ink pen online and after it arrived she started doing more of her own drawings, some copied from the colouring pages she had printed, most her own design. 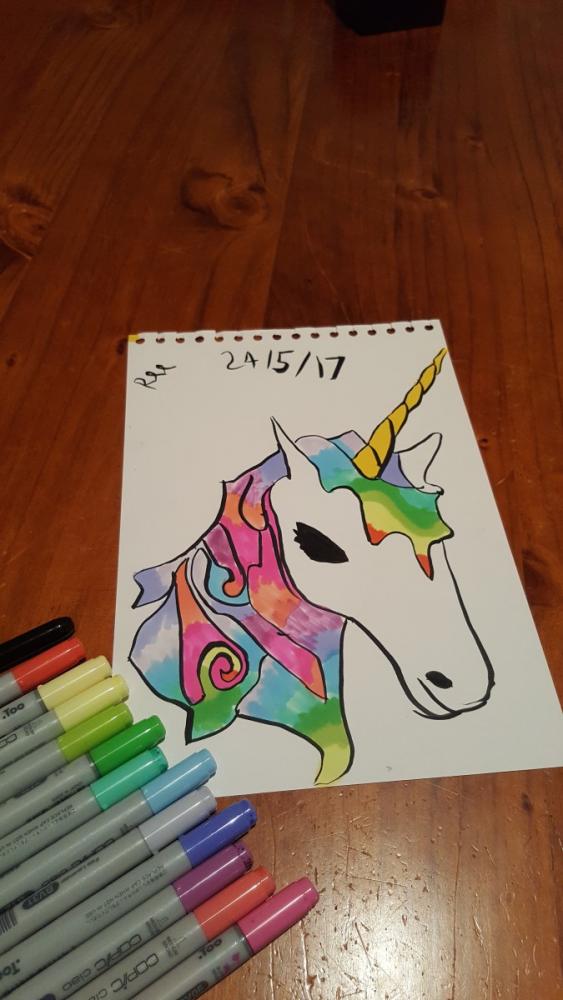 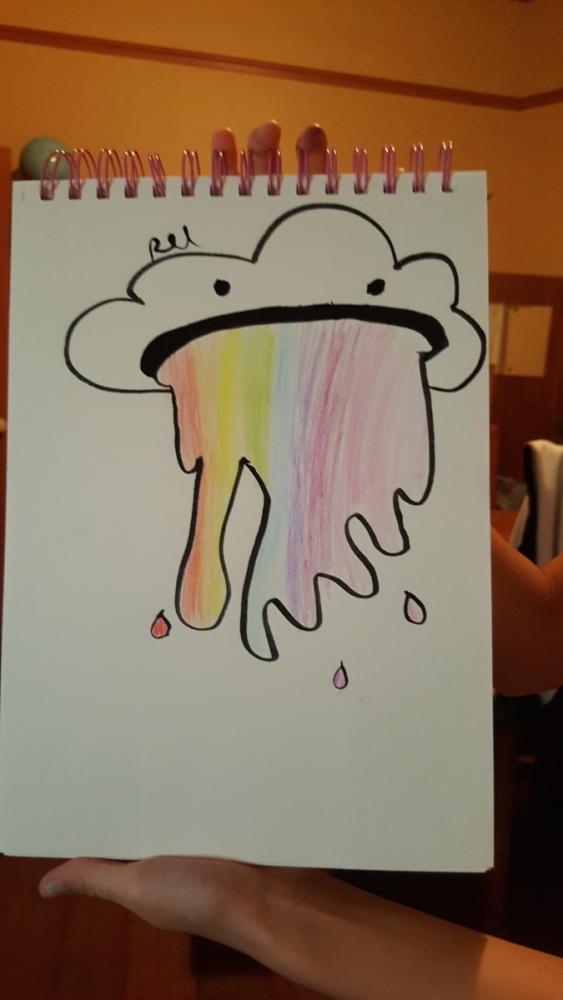 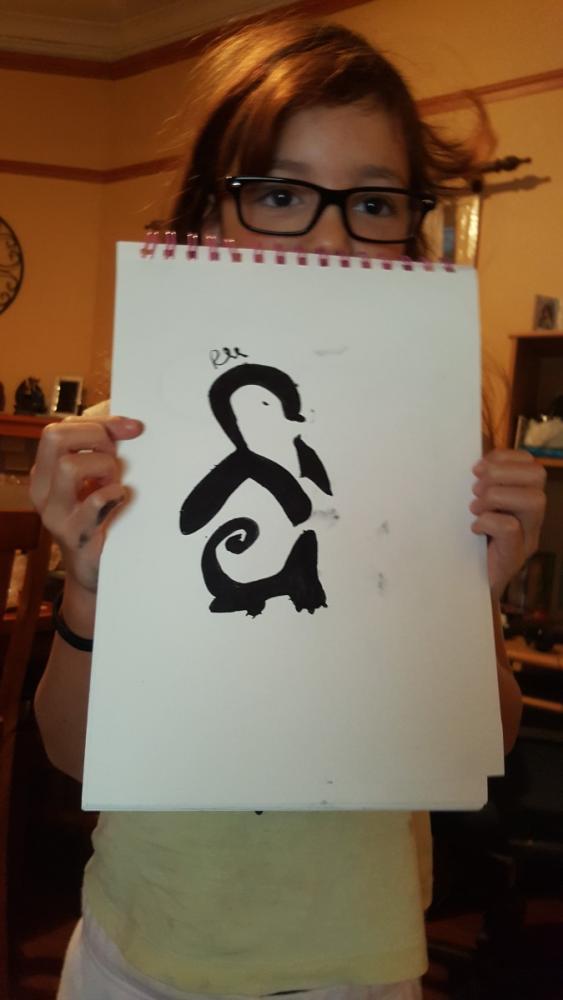 Because everyone seemed to be making things, 8yo got into it too by making a model of Tamatoa the giant hermit crab from Moana out of stuff he found around the place. 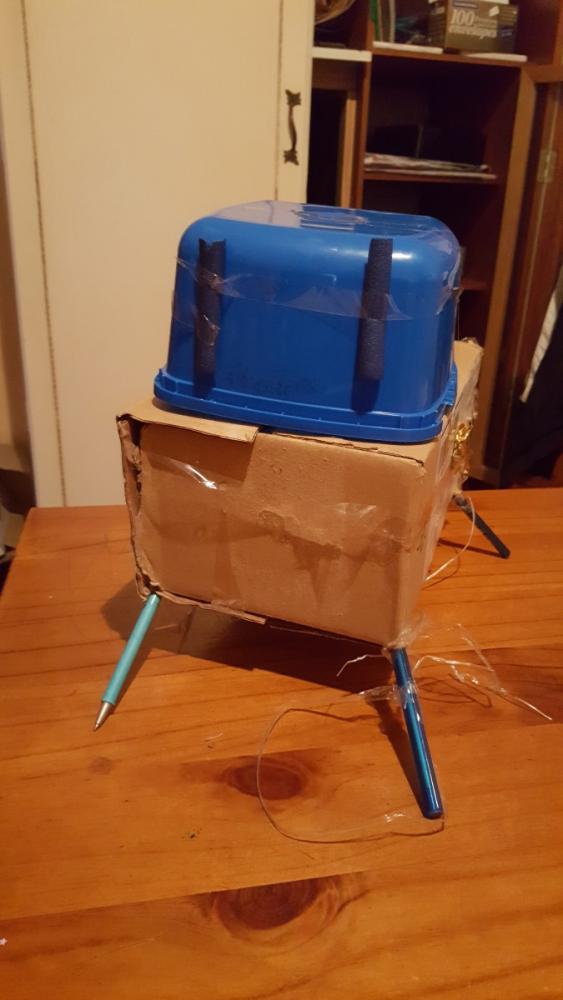 He showed it to me and then took it to his room to do all the treasure on the back which I didn't get around to getting a photo of unfortunately.

12yo decided to make a stirfry for lunch one day and grossly overestimated how much food would be needed for the four of us at home. 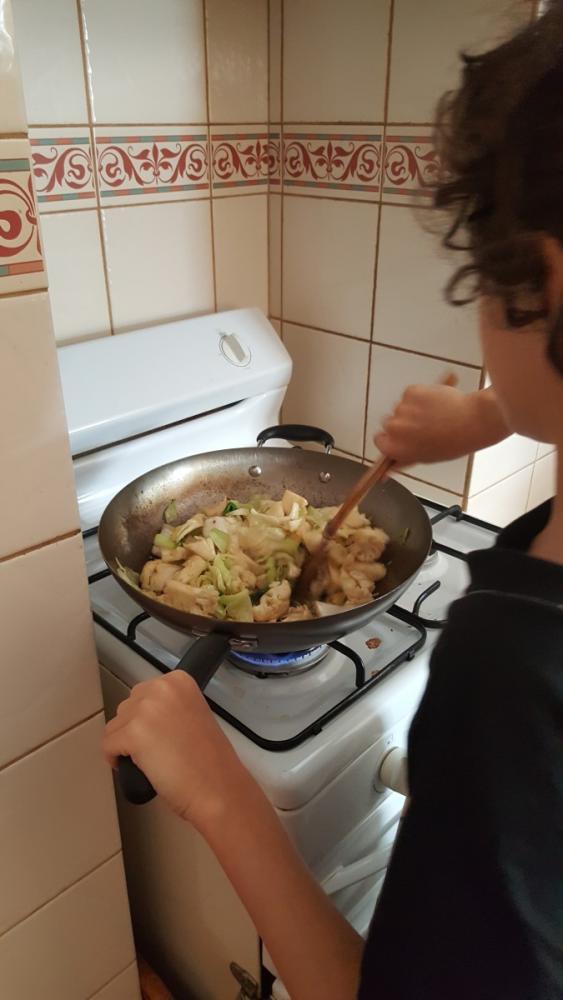 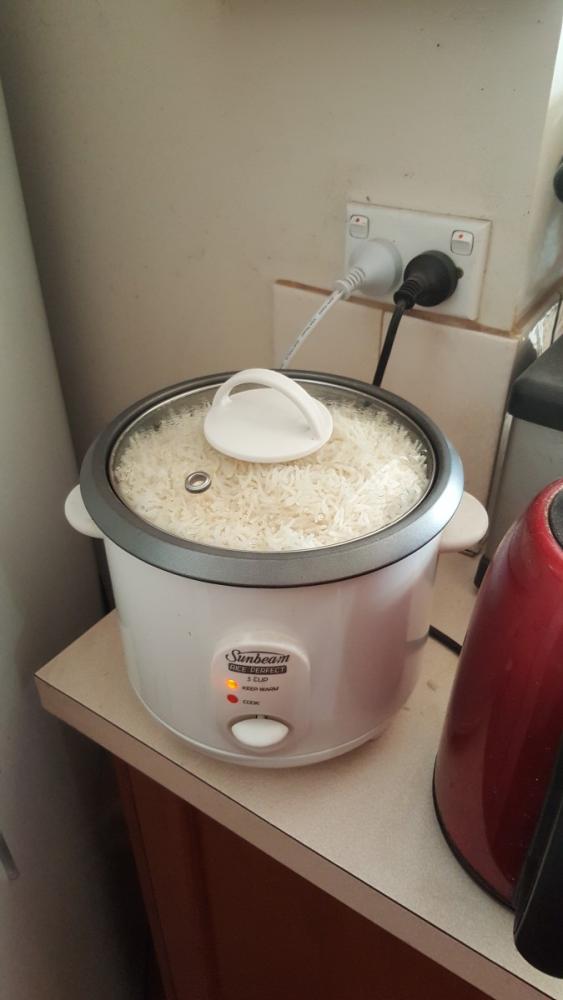 It was all good, we remixed the leftovers for dinner.