13yo continued on his dessert presentation experiments, jumping on the Halloween bandwagon with this "vampire" themed one (the bananas were meant to be fangs), and the goblet was a prop we'd bought some other Halloween). Towards the end of the week where we're running out of stuff and need to do more grocery shopping, there was this much simpler but still very delicious fare (can't go wrong with peanut butter as long as you're not allergic to peanuts). 15yo was telling me about a kdrama (I think) that she's been watching where one of the characters makes another character an origami frog as a good luck charm but the receiving character wasn't sure what it as as it was apparently very badly made.  It put her in the mood to do some origami, she found the ancient scrapbook paper and I think had to look up instructions, and made a hopping frog.  And googly eyes because they make everything better. 13yo wanted to go to the zoo, 15yo was happy to come along and 17yo was supposed to but decided on te morning we were going that he was too tired.

We'd barely gotten there when 13yo followed in his brother's footsteps of being starving to death the second we got to where we were going despite having eaten before leaving so we got some food from a food truck (food was great but pricey), there were a few set up in the central grassy area as the zoo was rebuilding its food kiosks.

There was a discussion mostly between 15yo and 13yo that I only chipped in to on occasion to correct or clarify things as 15yo displayed a remarkable amount of economic knowledge for someone who is dyscalculiac, hates maths and has no interest in economics as she explained about rent at the zoo probably being expensive and inflation going up which would explain why the food truck food was so expensive.

I didn't take quite as many animal photos as I've accumulated a lot over the years.  The meerkats are always popular, I'm trying to remember if there has been a zoo visit where we didn't stop by to see them. 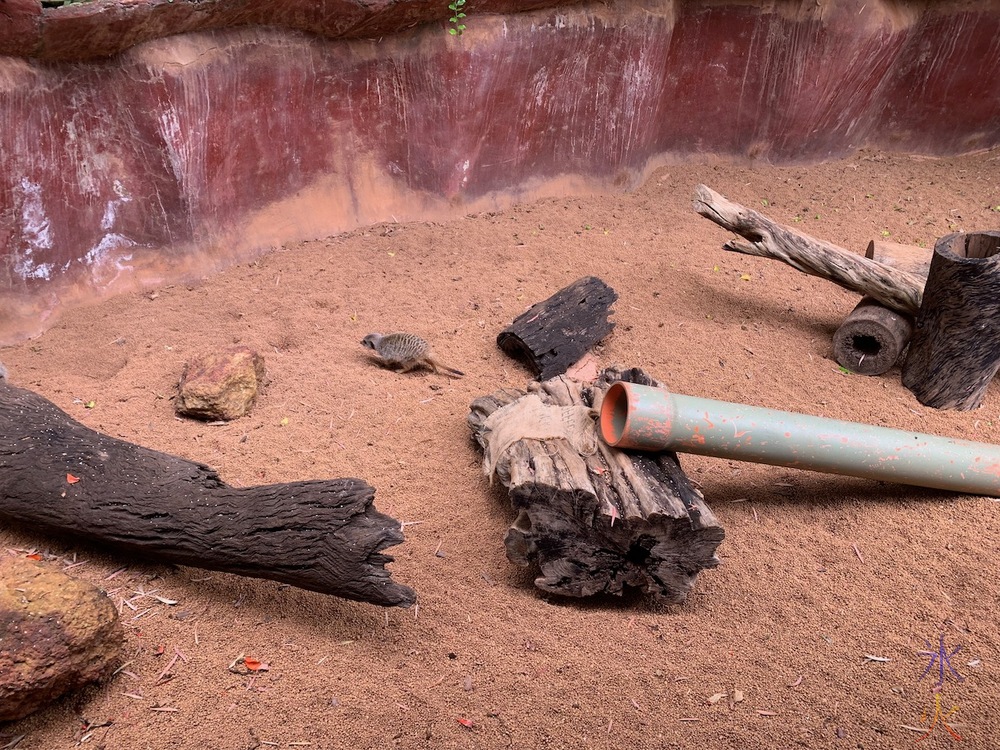 I did grab one of this mouse majestically atop a branch in the nocturnal house which amused us for ages (15yo applied the term "majestic" and it might be a little bit hard to spot in this pic which was the better of the two, my closeup was horribly blurry as I do not have the steadiest of hands). At select enclosures (there didn't seem to be a rhyme or reason to it, just whatever has his interest or stuck in his head at the time), 13yo would randomly babble animal facts that he'd picked up (possibly from a couple of channels on Youtube which presents a lot of biological facts in gamified or semi-sarcastic entertaining fashion).  I wish I could remember what even a small chunk of it was, for a kid who reckons he's dumb and doesn't know even the basics about anything he sure knows a lot about a lot of things.

15yo has been really embracing her Asian heritage and identity as of late and that included looking at the animals and ecosystems around the South East Asian region, and that section of the zoo is her favourite anyway because she loves Komodo Dragons, so we have to visit every trip. There are always shenanigans wherever we go so inevitably there was some monkeying around in the orang utan area. 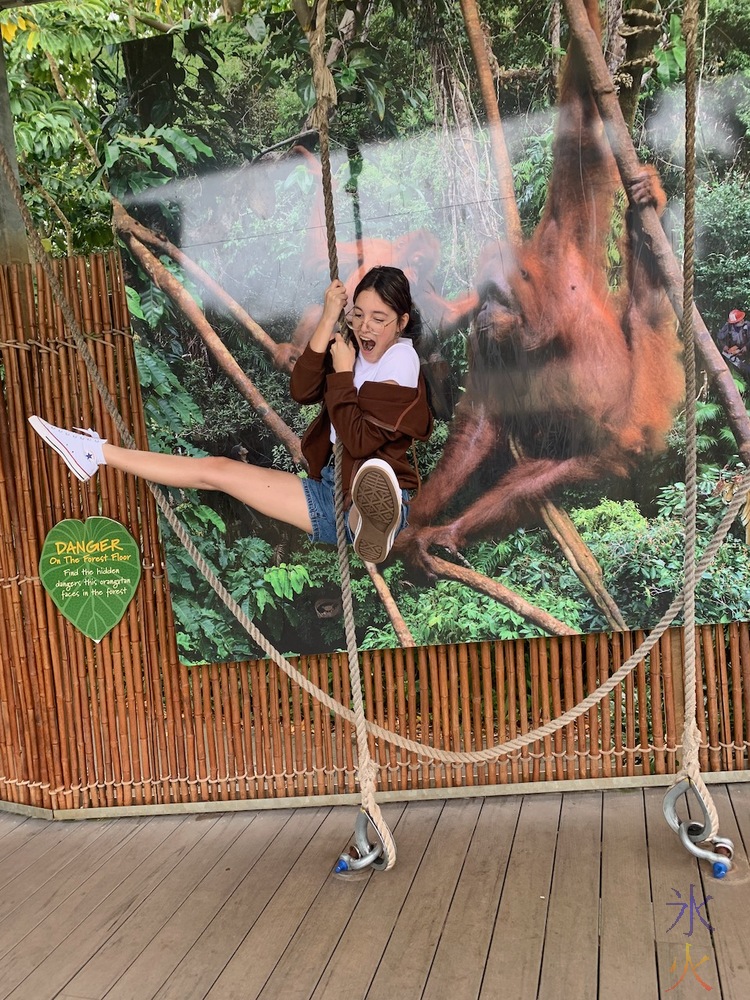 We made our way back towards the main entrance to the zoo, dropping by to see some other favourites along the way. 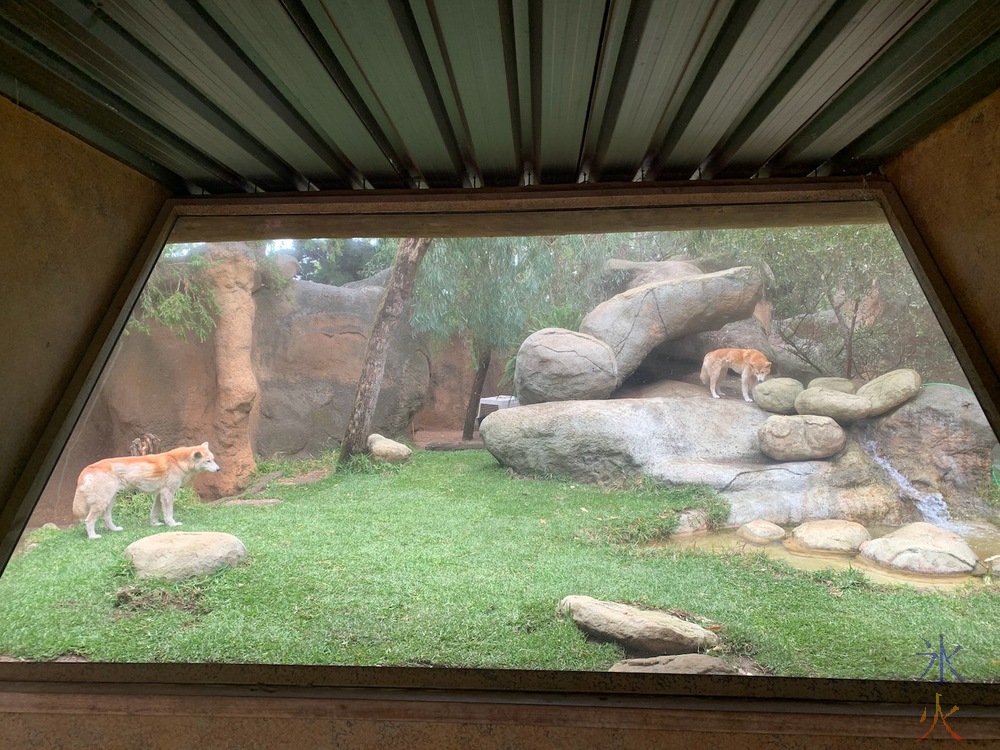 13yo and I butted heads a lot this month.  Part of it was developmental (got similar in different ways from his siblings) and some of it was he'd decided that "the education is lacking" and that he was somehow "missing the basics" and he desperately wanted to go to school.  I don't know what he thinks school is like as he has done some classes in homeschool group which were conducted very similar to how they would be done at school (books, worksheets, activities at a desk in an area set up as a classroom for a "period") and he had hated that and claimed he wasn't learning anything, it was just someone saying stuff and him colouring in a map.  He also generally refuses to do anything in a workbook or that involves long form writing.

We then had a huge argument because I said he could go next year if he really wanted to but to let J know as he would be dealing with it (I'd already been there done that with 15yo and had not enjoyed the experience) and for whatever reason that really offended him.

J then tried to prep him by making him do some workbooks, when told to try it and ask for help if he was having trouble he got offended that he still wasn't being "taught" and was just doing things on his own , and when J tried to sit with him to show him how to do something he got offended that J was "doing it for him" so we're not sure even he knows what he's expecting.