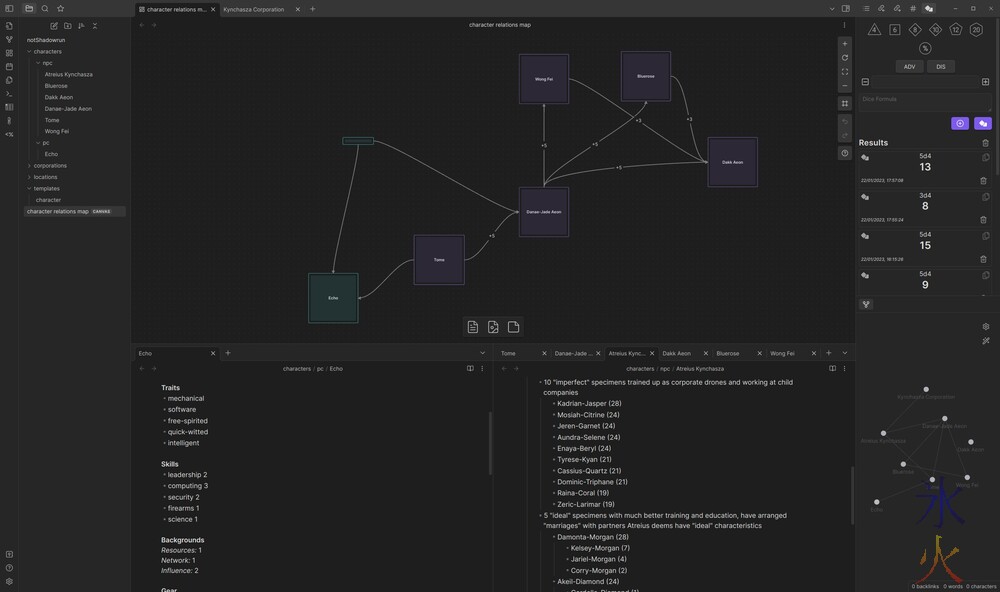 I decided on "notShadowrun" as the setting ie using something similar but different to the dystopian cyberpunk Shadowrun universe but also casually doing a lot of our own thing.  Currently only 18yo and C are playing, and both have nicely provided some world building as well (which I kind of want to encourage with this type of game with this type of system, at least when I'm running them) or at least very good direction for their characters' origins.

NotShadowrun also means I brought back my two Shadowrun player characters (first player characters I ever made on my own) along with J's (our first two Shadowrun characters had intertwined backstories) and a couple of npcs with heavily modified everything to fit the system (and also just because their backstories kind of rewrote themselves into something much more coherent than what I remember having before).  They'll be used to throw the player characters together and optionally ally so that there's skill gaps covered if necessary as currently it's only 18yo and C playing (the regular group all got invited but only those two noticed/answered).

I love the canvas thing in Obsidian.

And I did get somewhat back on track eventually.

Last I attempted down it was using particle instances of a dodgy looking particle hair feather that I was desperately trying to make look some semblance of good, but was struggling with the angles of the feather instances.  So they got "upgraded" (to some value of upgrade) to the curve hairs. 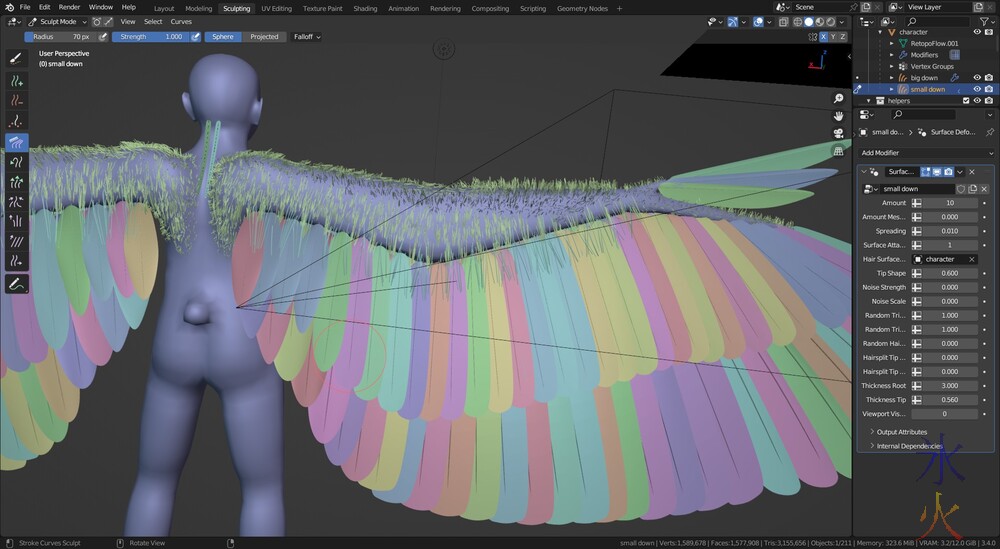 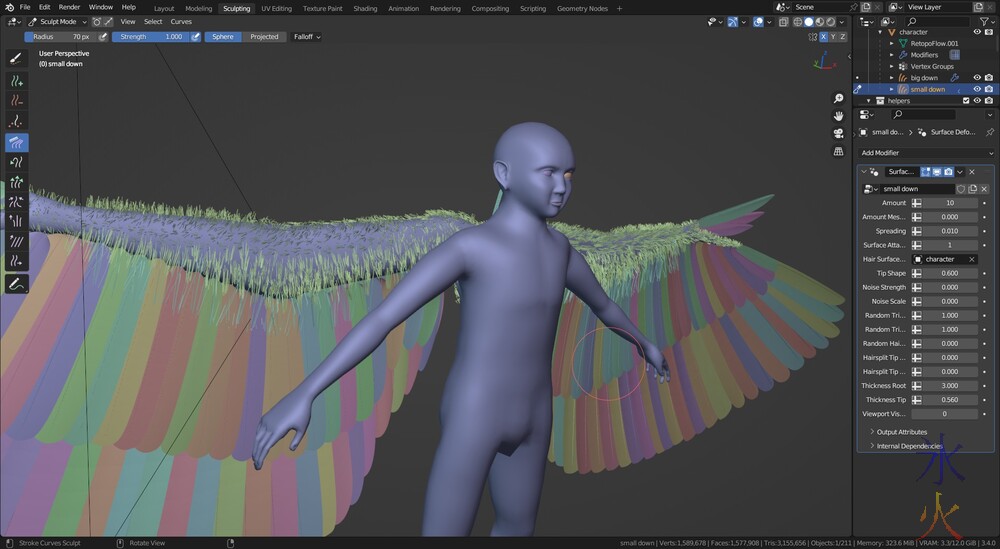 This is an improved method similar to one I've used before that produced half decent looking feathers.  Basically making a clump of hair where the base is about as wide as you need and the tip comes to a rounded point (in the case of down).  I have 10/guide for display purposes so I have an idea of the shape.

And it's one of those things where you have to fiddle endlessly with the settings to try and find numbers that will look nice in as many situations as possible. 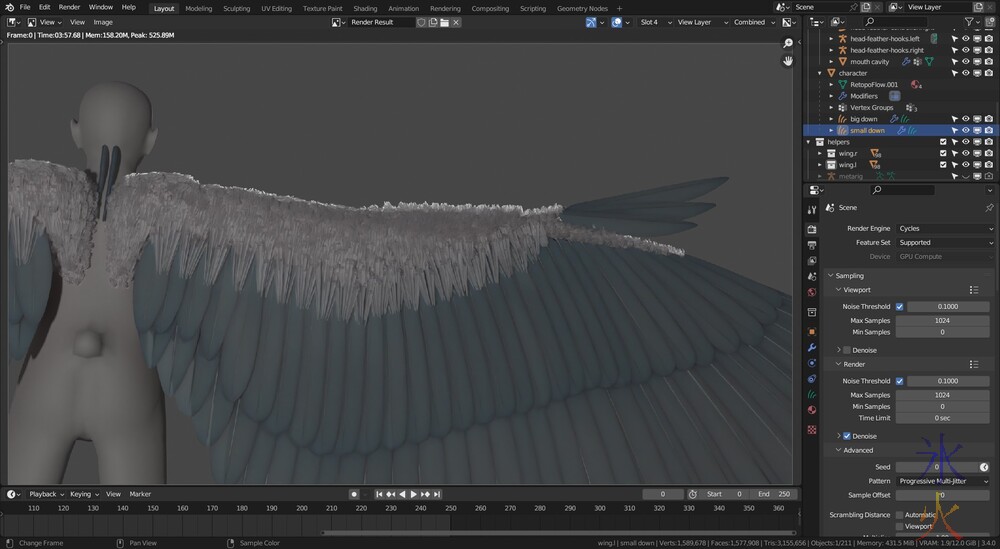 Another option I'm trying out is just having insanely thick roots and tips (at least I thought 10 was a big number for a root, using the old particle system 1 would have been comically large, but there are some nodes in the nodetree which seem to maths the numbers so they're more managable as otherwise there's too many of them). 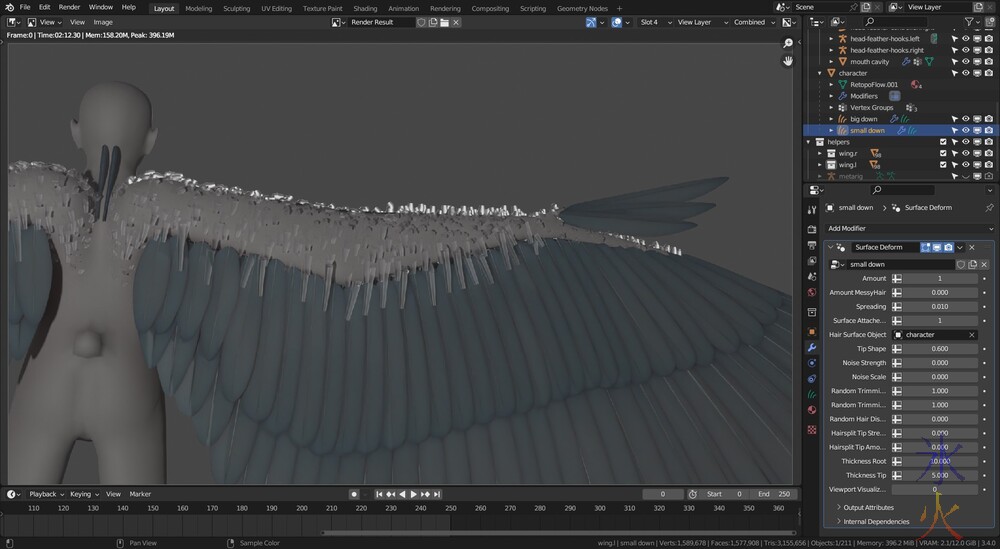 I guess the other other option is using polygons either manually (no) or attempting instancing again.  I should probably be nutting out something with GeoNodes but I'm not smart enough.

Meanwhile this continues too and it's taking what feels like the better part of forever, though I didn't spend long enough on it either.  Colouring hair inside lines is tough. 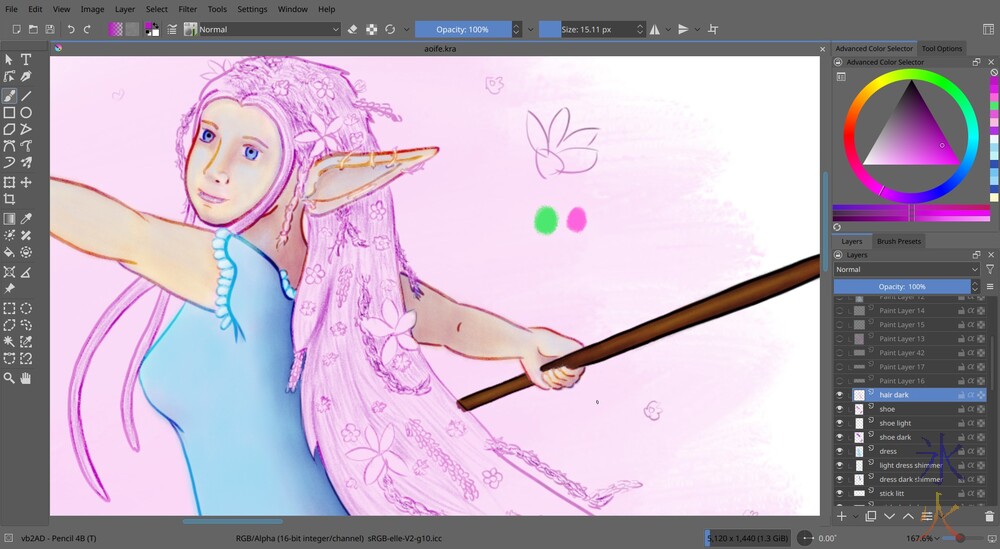 I know I'm going to incorporate a lot of this into my non-sketchy drawings and I know it's going to make those take even longer to do.

And I know that I have to do at least one to test this out.

To add chaos to the carnage  I kind of feel like trying to stream or at least record again, though given how much effort that seems to take my rig will probably crash in the process (has happened before, have had to delete a few corrupted videos).  Maybe later this year I'll get JJ to replace my cpu and logic board.