I got a little busy. Some of it was getting overexcited about my notes (which is so far working wonderfully), a lot of it was comp season, some of it was basically being told to upskill because apparently they need me to upskill which I went ahead and did as I had been intending on doing it anyway (just fast forwarded as the plan had been for next year, and hopefully it won't turn out to have been a waste of money as I may have been shadowbanned), some of it was getting swept up in roleplaying notes (I get really excited about worldbuilding and trying to craft stories around my players' characters) including the CoD PvP PbP Discord server (very slow because I still need to read books so can't get 17yo's Hunter started, and C who got started is taking his sweet time responding, and T and S who are idling on that server haven't even made characters yet, I don't think these kids are the best at pbp XD) and a newly created Pokemon server (playfully referred to as Pkmn PvP PbP but is actually called Frontiertown and I have beeen having way too much fun coming up with character names) where I'm attempting to test out a system I wrote (also very slow as none of the three players I have in there have made a character yet).

Which ran into a bunch of crap that never should have happened and then into KaiCon where I somewhat unexpectedly ended up and even more unexpectedly found Zara's bladestaff (I don't think that's what it's called, just what I call it, I don't know what it's actually called). 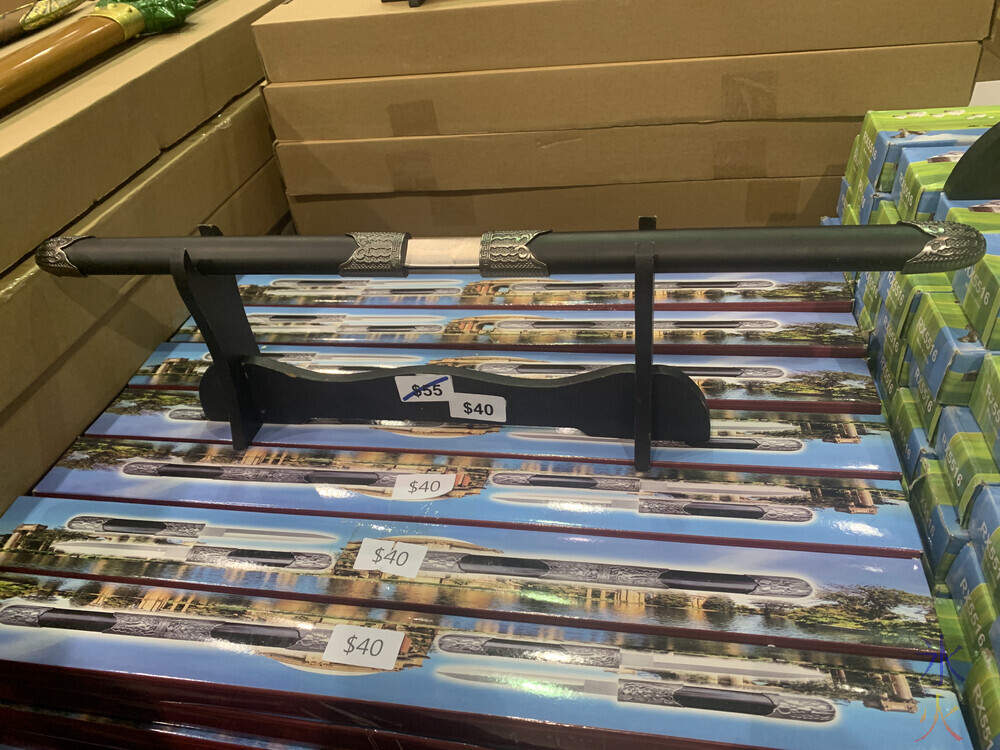 I may or may not have accidentally bought it. 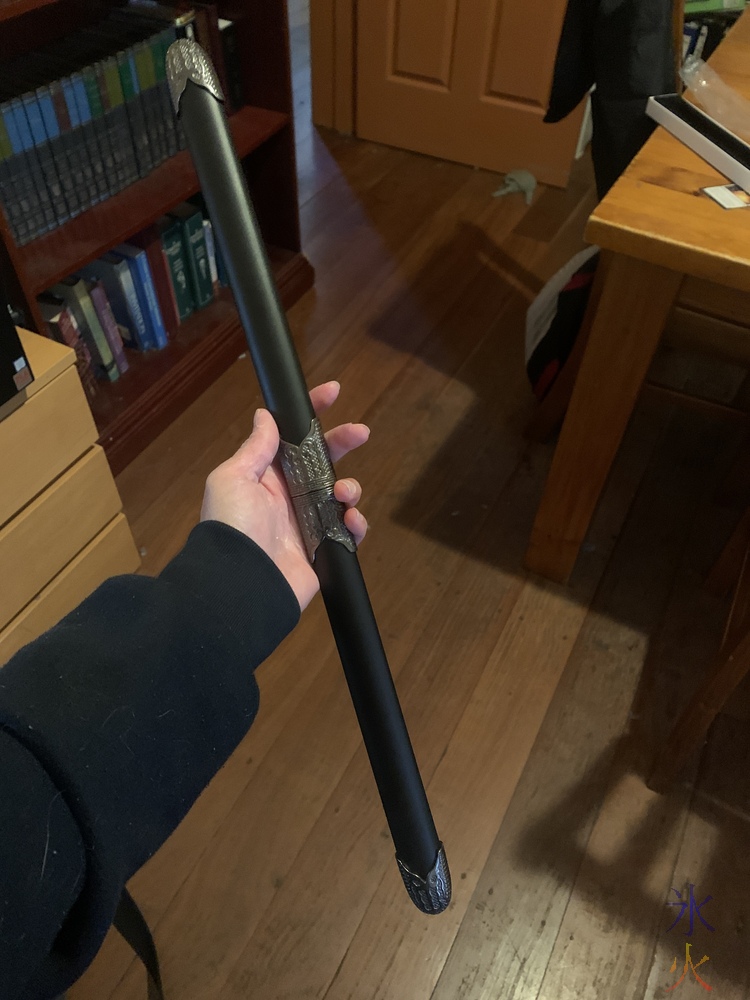 I think hers have got more simple metal bits.  And sharp edges.

I also got slightly burnt out and my brain didn't want to function much in between all that so I was either not working at all or had made such incremental changes that it didn't look like I had done anything, and in fairness, redoing the hair to the new hair system is one of those things where a lot is different under the hood but not much is different visually. 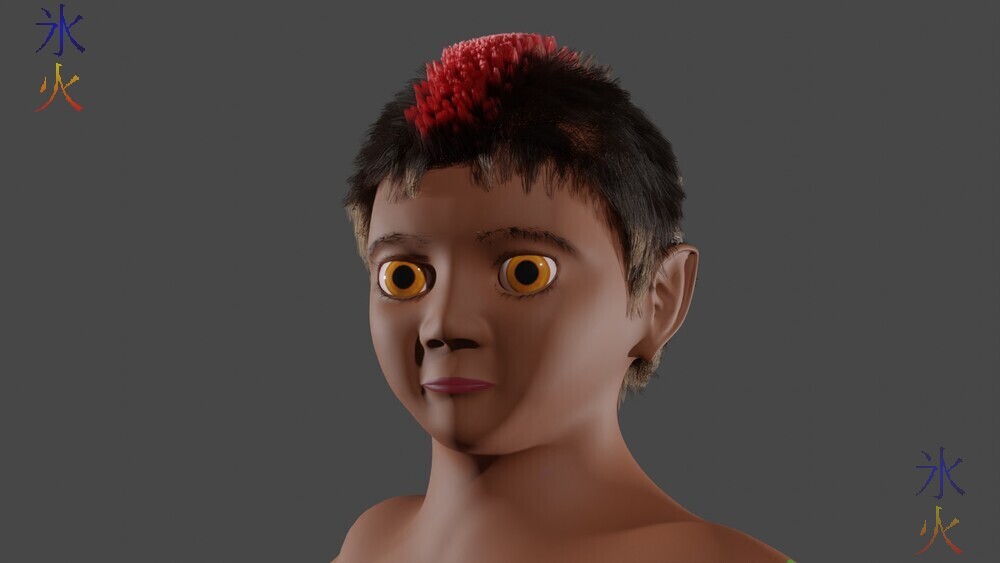 Now the difference here is that I bought a node tree as I was too cranky to get too in-depth into learning geonodes (I figure that like with shader nodes, I will pick it up eventually, but for now I really just want to get things done more than constantly trying to figure out how to do them the way I want them done), and will just have to figure out how to animate them.

The cool thing with the new hair system is that I was able to just draw everything straight on rather than messing around with texture maps and completely out of control child hairs.

And I also did the glowy eyes thing while I was about it. "Cheated" with an Emission node again. 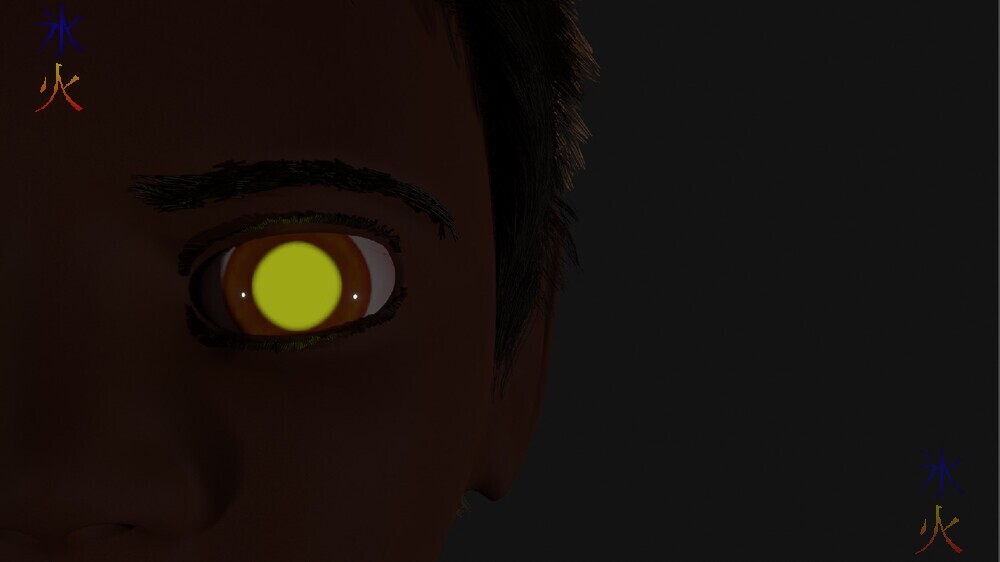 It took me literal days to get that screenie as my computer kept crashing while trying to render.  I was initially using the node system I bought for the hair for the eyebrows and eyelashes as well (what's in the earlier screenie) but that node tree seems to be missing the `Deform Curves on Surface` node.  I did slip it into the end of the node tree before the group output but there were some oddities happening with the deformation that I wasn't sure how to deal with so I just popped out this massively simplified thing with no child hairs instead.

This did help me to realise that the giant node tree that the hair was using is what's causing Rigify to become unusably laggy, as previously I had to viewport disable all the hair systems to get realtime back, but with that barebones node tree on the eyebrows and eyelashes (both separate systems) I can have both of those active and still do Rigify, but turning on the hair and the crest (two separate systems, both using the big node tree) cripples everything again.

No huge deal to turn it off though.

I would love to show how I'm redoing the head feathers (and by extension the feathers that will get particle instanced onto the wings) using polygons and whining every step of the way (I can do half-decent polygon feathers, I just overwhelmingly prefer how hair feathers look) but at some stage Blender crashed and while I am absolutely dead certain that I had in fact saved multiple times much further along than where it recovered when I restarted it, Blender thought otherwise.

I then stopped project work completely as the end of year stuff continued to pile up relentlessly, including the usual photobooks.

There's two of them to do (one for each set of grandparents, using slightly different sets of photos as the outlaws have more grandkids).  Doing them gave me this idea for something else which I'm putting off til next year as I would need several stars and planets to align to pull it off for this year.  Hoping to get them done really, really soon (by early December if not in the next couple of days by some miracle) so I can get back to the main project and the couple of requests waiting in the wings and hopefully have at least one December Progblog.

If anyone is wondering about the double watermarked images, I typod the mogrify which apparently made it run partway before erroring out or something I donno, and I didn't make copies of the originals because this doesn't usually happen and I didn't feel like redoing all those screenies at this time of night.  The first two images I had copies of and the last one was a very recent screenie of something I'm working on right now so I could take it again.