August started off really slow and cruisy and them ramped right up into September.

It started with the death of one of 13yo's fish. He was devastated as it had gotten sick but had looked like it was starting to recover before succumbing. We had a little funeral in the side yard, burying it under the rosemary bush.

17yo had another quarter life crisis (he has had at least one in the last two years) where he decided he needed to "get his life together" and once again asked for organisational tips (he has asked me previously for things that I have already told him about in trying to get them to learn my organisational hacks and how to research and experiment with their own). He asked me for a corkboard (full corkboard as I'd bought them corkboard/whiteboard combos previously, apparently it wasn't big enough for what he wanted to do) so he could pin things he wanted to organise on it. 15yo overheard and said the same.

And the only reason I haven't done it yet is the usual everything but wages is skyrocketing.

I know 17yo has checklists of things and some kind of schedule but not sure of the specifics, which includes even more exercise (he does gymnastics twice a week which can get pretty intense at the level he's in so his fitness level was good but he wanted to get in more) and getting at least one TAFE assessment done per day. He also very maturely decided that he was going to delete at least some of his games (I know he hasn't deleted them all because I see him playing some occasionally) as he realises that the distraction of the games are pretty intense and sometimes he struggles to keep track of how long he has actually been gaming for (usual you intend to just play one level or one round or between checkpoints or for a couple of hours or whatever and the next time you look up the entire day has gone).

My parents came up for their annual visit and decided (perhaps because one of my uncles and his family was over from Penang) to cram in a lot of tours with Up Close and Local Tours this time round, and invited us along for the ride.

The first tour we did was Araluen, which we had done a few years previously with the other set of grandparents, so it was nice to go again with the other side of the extended family. I grabbed some family snaps but otherwise spent almost the entire time pushing either my grandmother's wheelchair or my grandmother in her wheelchair to try to cut my aunty (her carer) some slack and let her spend more time on these outings interacting with her siblings.

This was one of many my mum sent to me after.

15yo took several lovely "sibling selfies" on each tour which were posted to her Instagram, think this was after one of the photoshoots.

Next stop after Araluen was Lesmurdie Falls, which we had also been to several years back. One of J's friends had invited us there to go swimming not realising it's a viewing spot not a swimming spot (you can swim at Serpentine Falls which is not too far away in the grand scheme so easy mistake to make?).

We found this tree leaning over the water and joked about using it as a bridge to the other side. 13yo was pretty game to try. 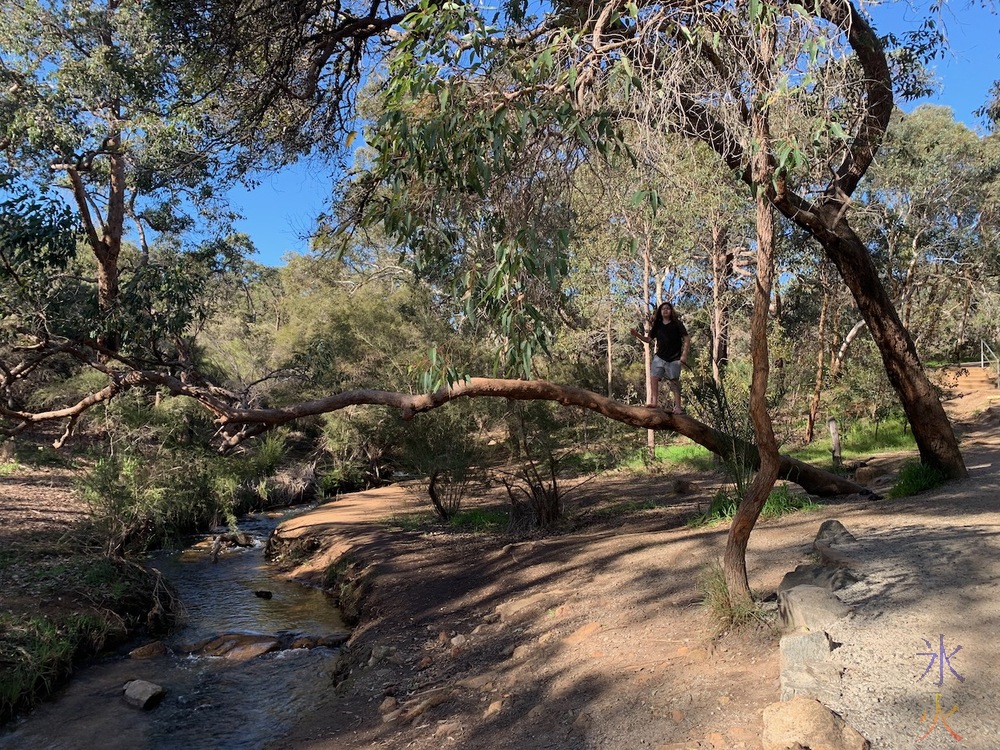 I'm pretty sure we took one of the lower paths last time so this one was new to us. 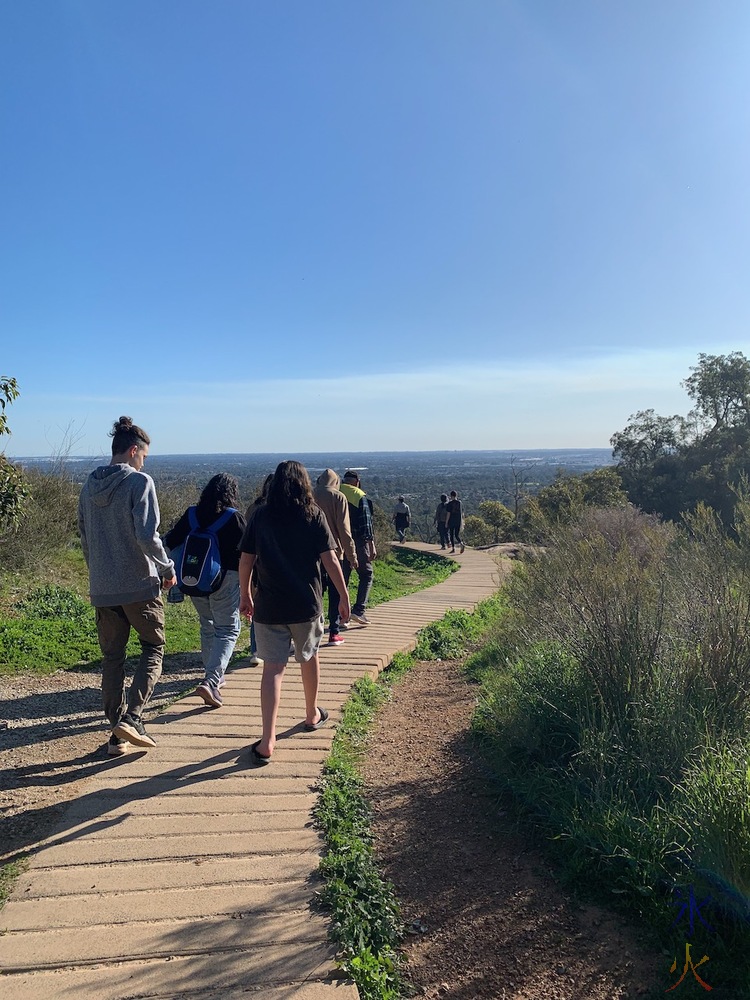 As it had been raining, the waterfall was flowing and looking beautiful. 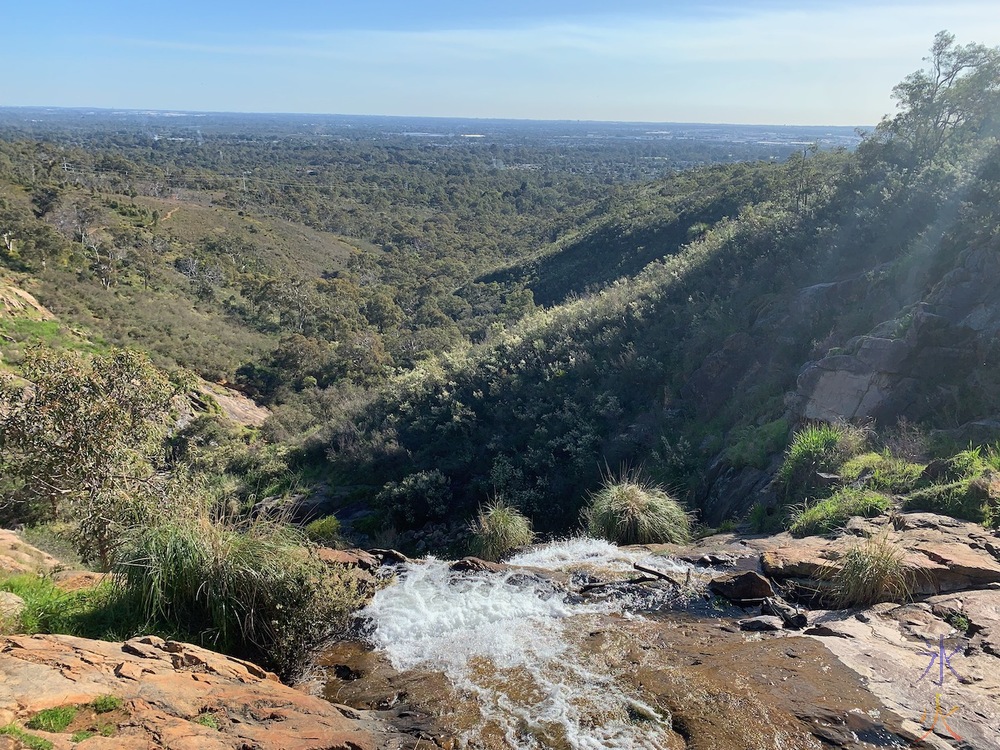 13yo kept deliberately trying to cause panic attacks by holding his phone over the edge to take photos of the waterfall or noting that it was a perfect fit through the grille we were standing on.  Told him he wasn't getting that one back or a new one if he actually accidentally dropped it.

A few days later we were off on a barbeque tour.  Unfortunately 17yo was unable to come on that one as he had a cold, he would have really enjoyed it.

The barbeque was American style rather than Australian style so the first lesson we got was on the difference which mostly seemed to involve smoking in a big metal box after being slathered in marinade, and a demonstration of how the meat was cut. The second lesson was the history of this particular barbeque place.

We had breakfast at that barbeque place, walked around the markets it was in, and afterwards took another bus ride  to a second barbeque place and checked out their metal box and learned the history of their founder and how they came to be there, and got shown the huge buckets of all the stuff that they made their mixes with.  After a bite there we next drove to place that was both a bar and an oldschool arcade.  It was so much fun that 13yo requested to go back there again and so far I have been refusing because it's exactly the type of area that I actively go out of my way to avoid driving in.  Being in the bus in that much traffic was already giving me anxiety attacks and I wasn't even driving. 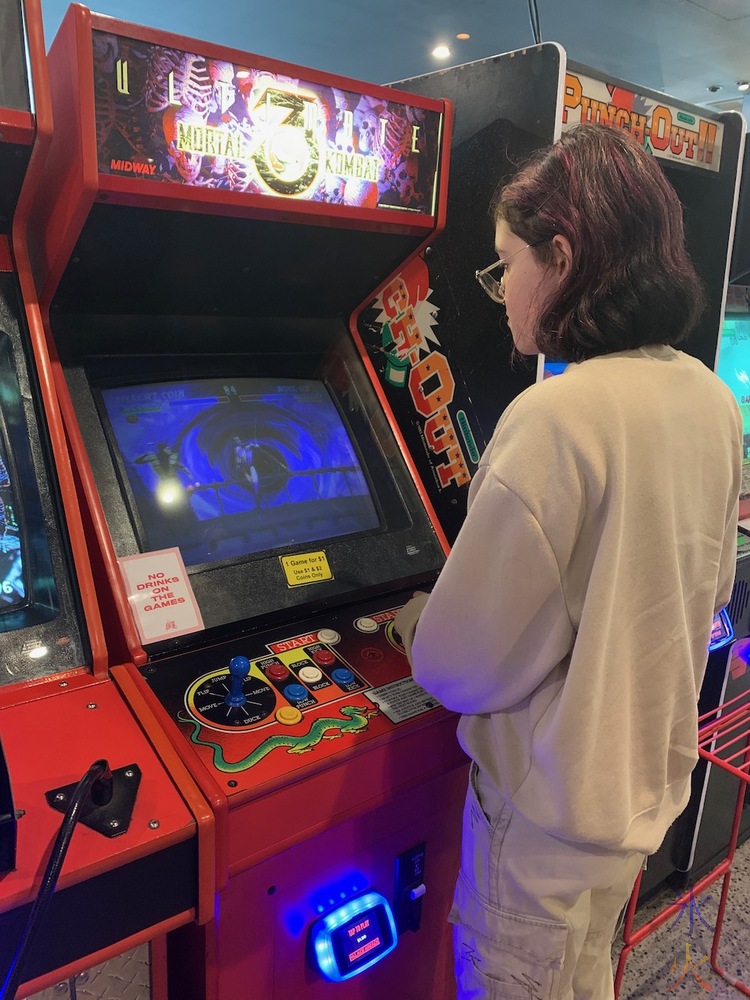 All us oldies were reliving our respective youths, with my dad and uncle spending a lot of time on the pinball machines and both J and I going "oh I remember this game!" at every other machine.

The arcade machines were pretty old and as they're not exactly popular anymore, there's apparently only two repair places in the entirety of Perth that can service/maintain/fix them and I don't know how easy it is to get replacement parts now, so I guess the games that had the sticky controllers are going to stay sticky til they stop working altogether.

After that we scurried across a very heavily trafficked road that was not designed for cars or that amount of traffic to yet another barbeque place across the road for even more food.

13yo didn't take too long to finish his meal and wanted to go back to the arcade, so J went with him to play a few more rounds while the rest of us finished up.

We didn't need much dinner that night, and had brought back samples from each place for 17yo so he was set for lunches and snacks for the next couple of days.

At home, 13yo continued to experiment with dessert presentation as resources allowed. Next trip out we took with the parents and extended family was to Caversham Wildlife Park, which we had been to previously when the kids were little so definitely worth another visit.  The tour guide said he found it better for international visitors here as it's specifically Australian animals whereas "everywhere has a zoo". The iconics were present: 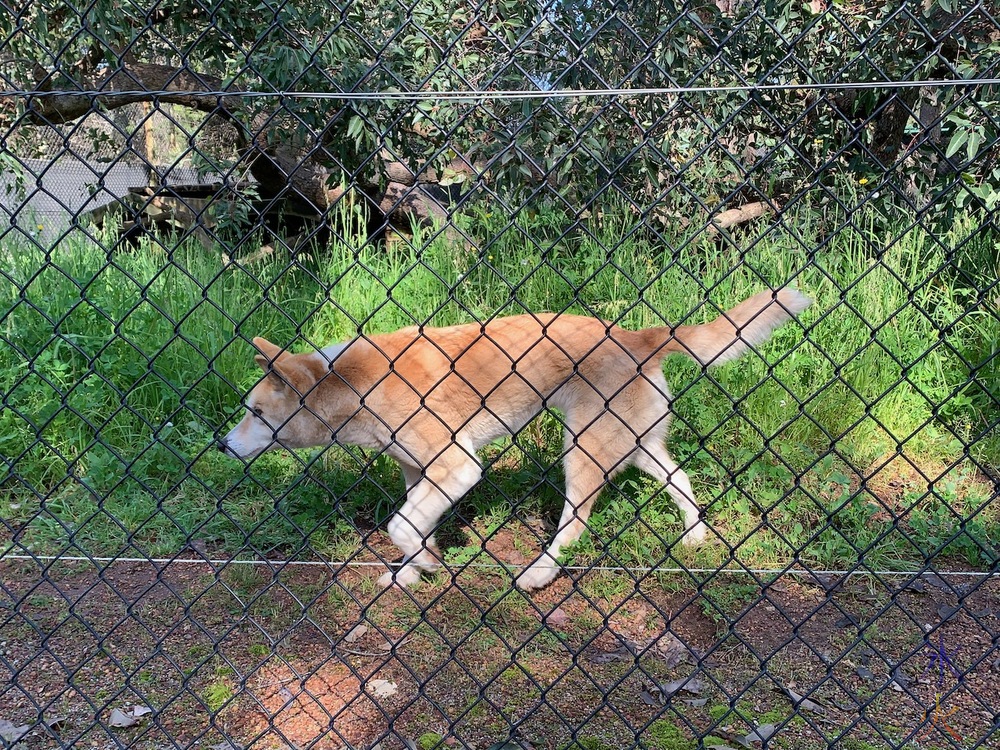 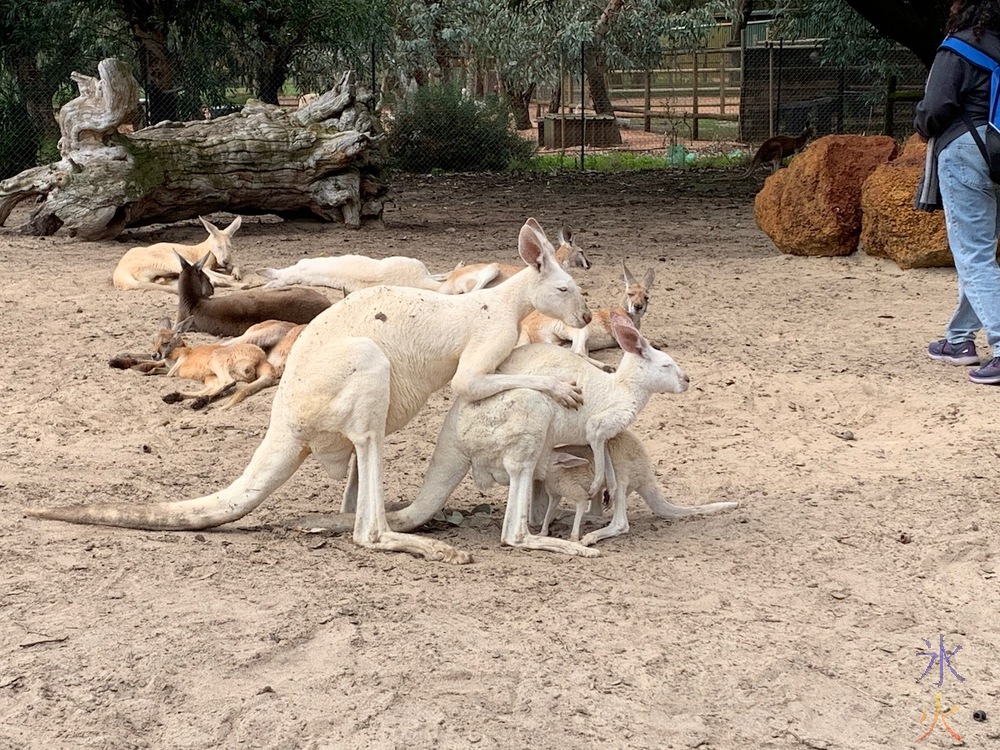 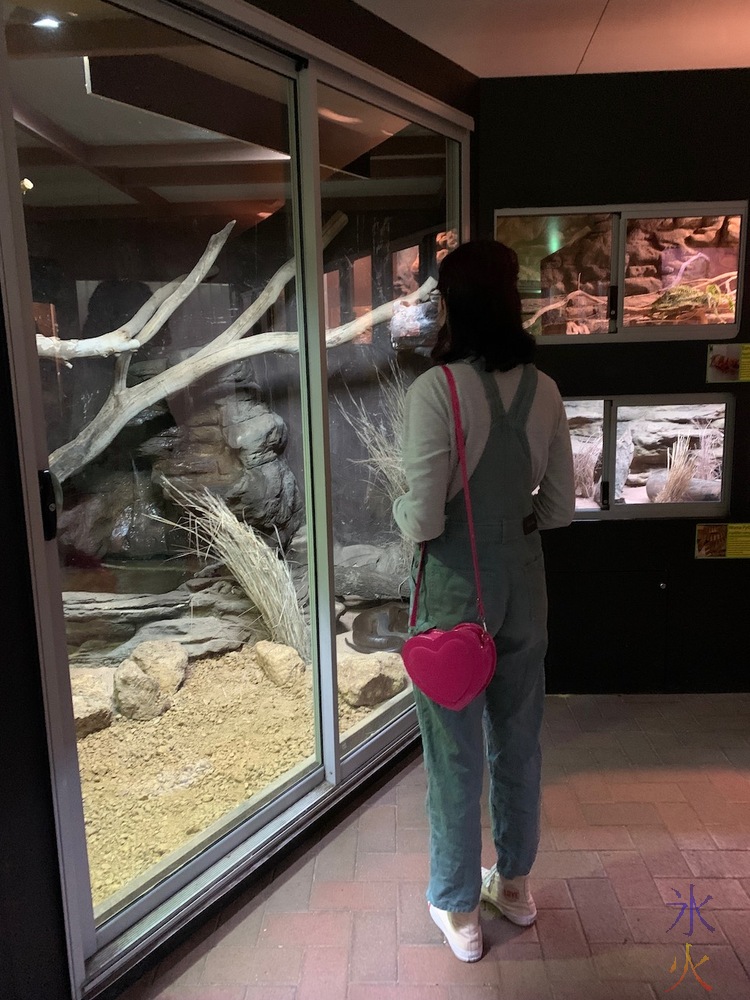 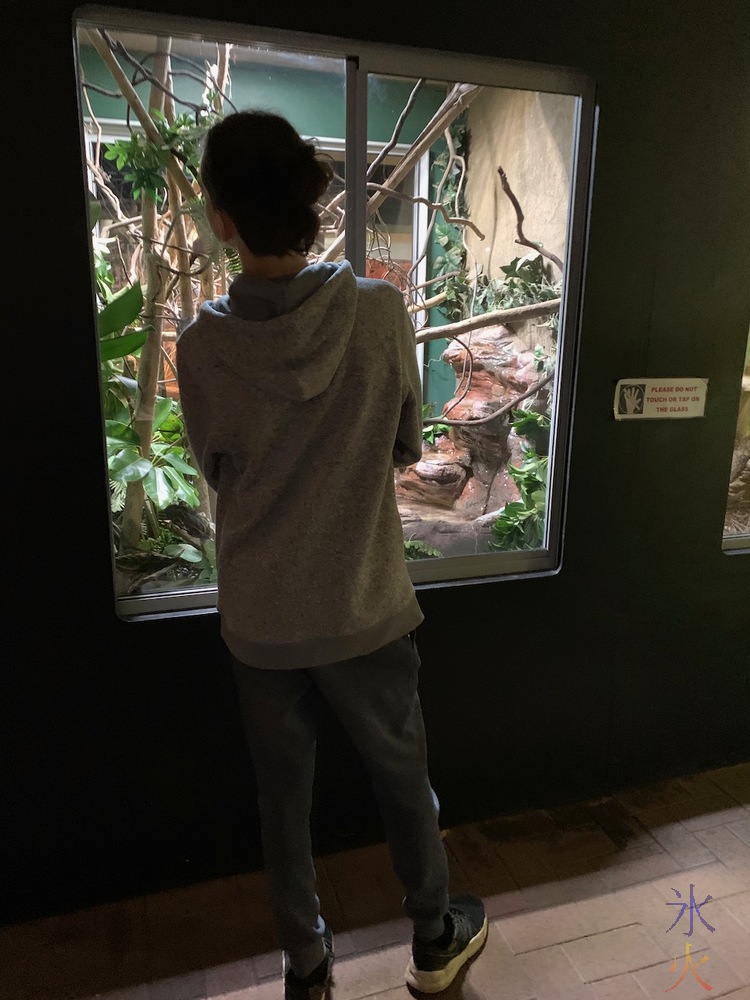 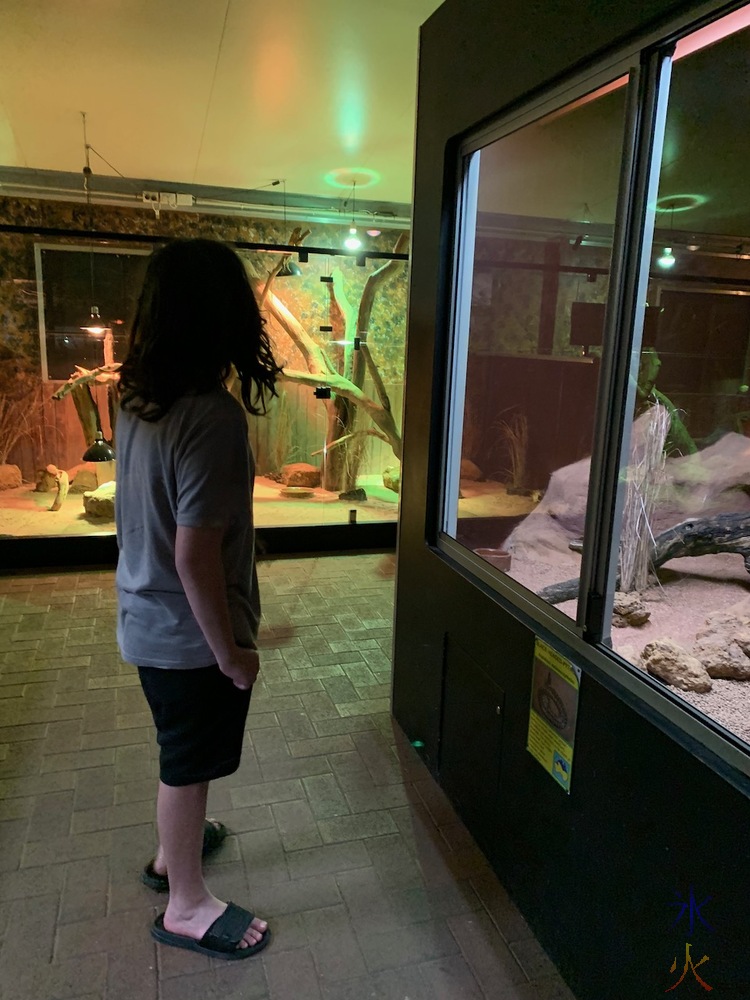 Top left to right: emu, dingo, kangaroo
The kids are looking at snakes and amphibians in the bottom row but I'm not sure what specifically

And there were several that aren't at the zoo: 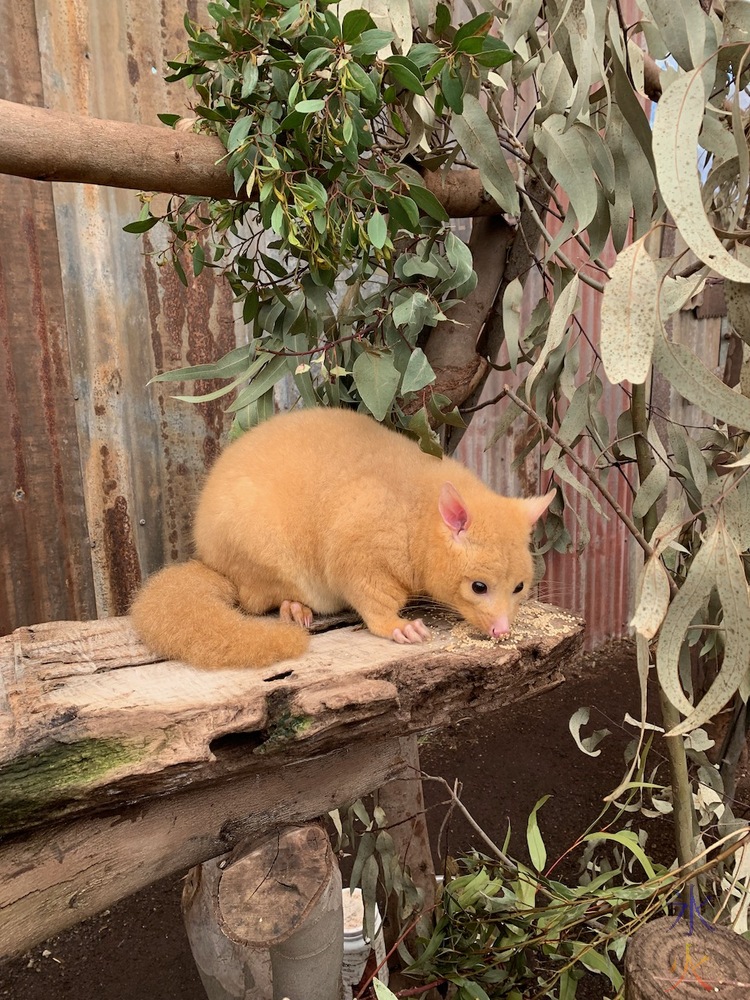 Think the highlights for the small two were holding a snake and feeding kangaroos (I don't know if 13yo got to hold the snake). 13yo did want to give a kangaroo that was lying on its back bellyrubs which I advised against as we didn't want to find out the hard way whether it liked belly rubs or not.

The signs had their usual information and distribution charts and it was nice to see 13yo in particular actually studying and reading a lot of them.

We watched a demonstration of herding using horse and dogs followed by sheep shearing and whip cracking, and historical explanations of how they used to shear sheep with the oldschool shears vs how it's done now with a sling to take most of the shearer's weight to save their backs and some very large clippers which makes the shearing process itself a lot quicker. A bunch of kids were called down for one of the demos, 13yo volunteered and got selected, and they had to feed some tiny lambs which had everyone dying of cuteness overdose.  Unfortunately I could not get a good enough shot.

We then headed down the road(ish) for lunch at a cute little place that apparently made a lot of its own drinks. 13yo with his newfound interest in alcohol and bartending asked a few questions of the bar staff and then demanded who the hell came up with some of the cocktail names (most of which are ridiculous). There were gummy bears inside playing footy and watching the game but I was not tall enough to get a good shot in unfortunately, and it didn't occur to me to ask the gangly child at the time.

It was a set of fun but exhausting days and there was more to come in the following month.