It does mean that I did a lot less than usual as despite my best efforts to at least attempt to keep up the work schedule around everything else, a lot of the time I was too braindead when I got home so I'd end up doing mindless things like data entry instead (which is also a thing that needs to be done, just that no one sees it so it never registers as "progress").

I think I've nutted out this colouring style somewhat, it's gotten quicker, but I do need to adjust the light and shadow a lot more. 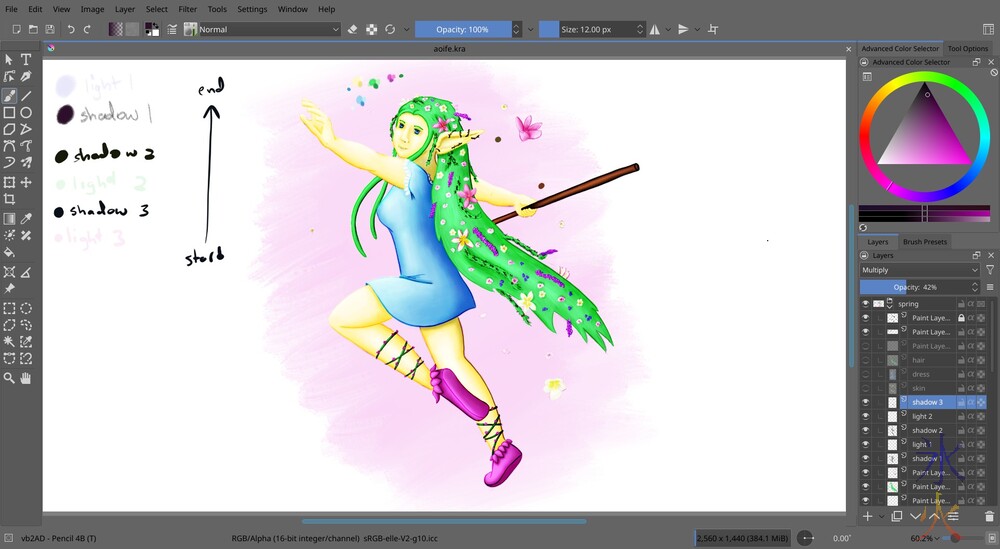 And then do the other three in a hurry.

I started trying to use the Feather Generator that I got to make Zara's head feathers. The first problem I encountered was there didn't seem to be a setting to adjust the vanes. 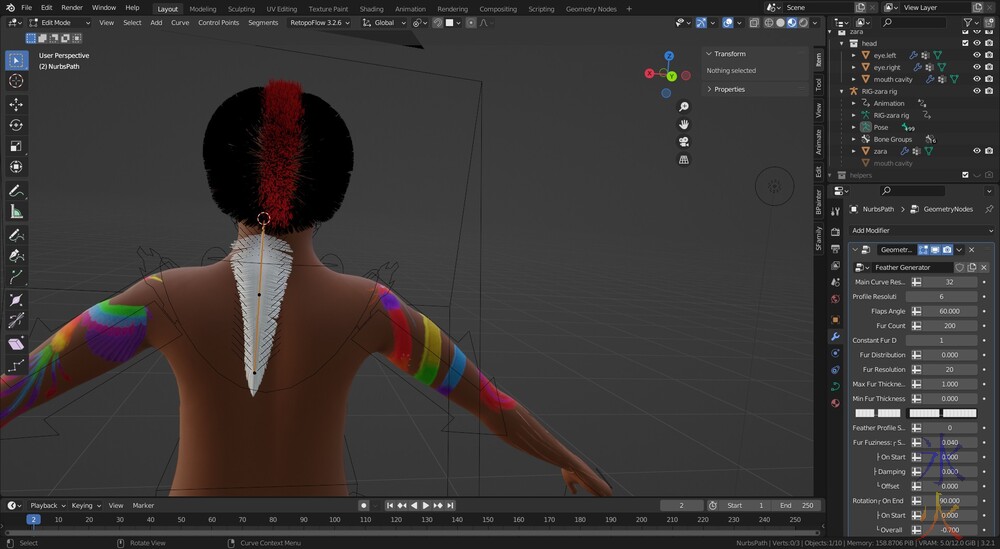 There was a setting I could adjust which made it look brilliant from the front but not from any other angle. 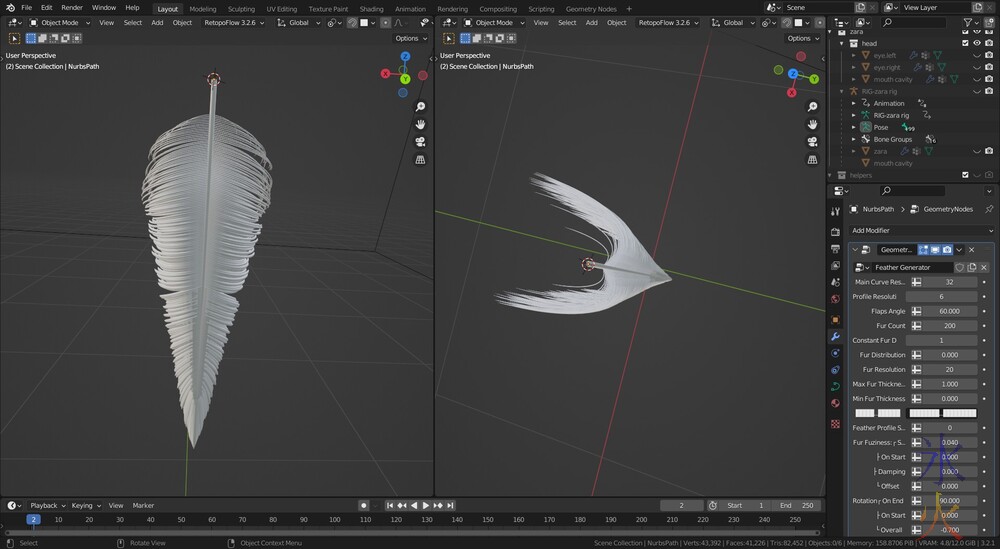 After stressing about it forever, it finally got through my thick skull that the geometry nodes (which I know very little about) kind of somewhat turned it into something like an object and I could scale it, so I scaled it. 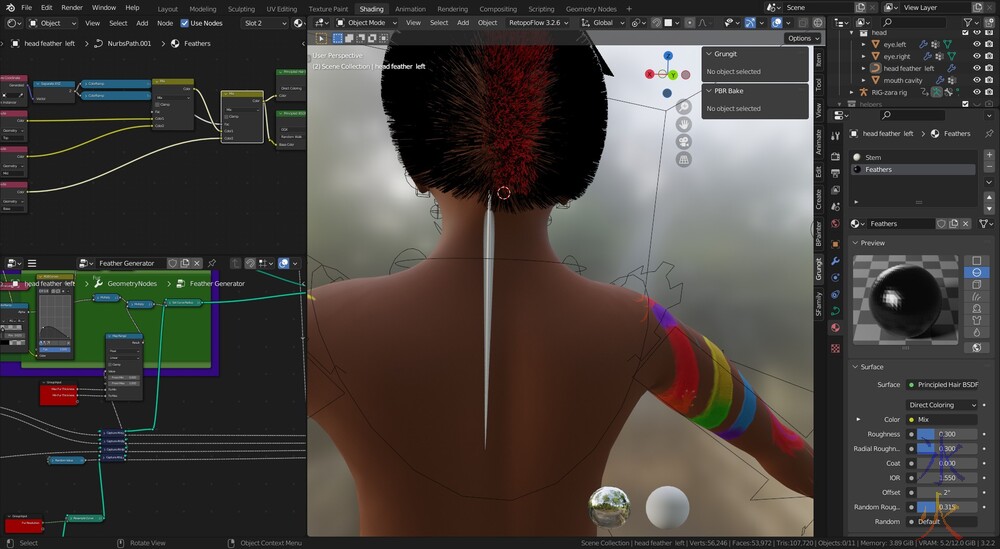 Now the last thing I'm struggling with is that I can't figure out how to get textures to show up on them.  The setup I'm using is supposed to have that in there somewhere but I'm not sure how to read the nodetree (I'm trying), and the textures I appended from the demo file don't work (and also don't work in the demo file so I'm guessing something changed between Blender versions?).

Because I don't have enough to do after dropping the UASG project (finally got to talking to my young friend and turns out neither of us had any direction and one of us really needed to XD), I picked up another one.  After our weekly roleplaying session, I was talking to S who had not joined us for CoD as he couldn't play his favourite Time/Forces Mage due to how CoD had restructured the Mage splat, and he also wasn't sure about some of the mechanics changes.  I asked him what the actual problems were to see if we could work around them and at least some of them are lore-related and I tend to do what I want there anyway, and as the conversation progressed he started getting excited about character concepts.  17yo came in from roughhousing with C1 and 13yo in the backyard and joined in the conversation, and he asked me about a game style I'd mentioned to them previously where the players are in a group but not playing as a cohesive party, they might ally for parts if not all of the story but they are all basically running on their own agendas and PvP (everything from undermining other people's plans because they clash with yours or just to one up them all the way through to boring straight up murder).  Both of them got excited about that which made me interested in trying to see if I could run the living world thing I've been thinking about trying for a while but kept not doing because a lot of reasons actually.

I may also eventually need a better name for it than CoD PvP PbP.