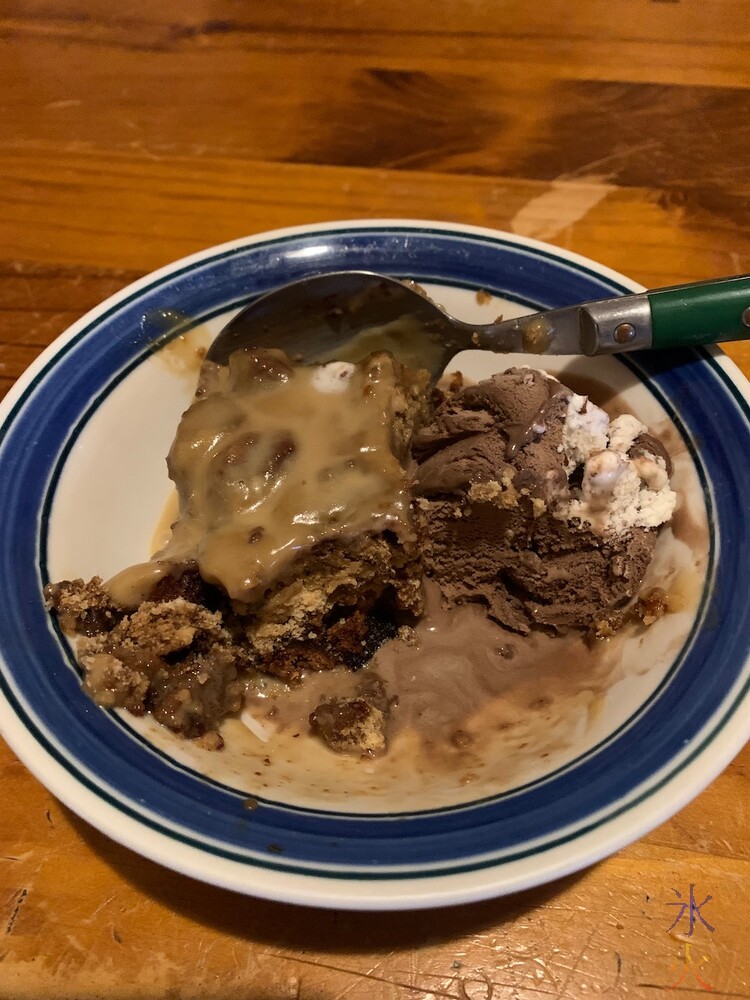 There's been a keen interest in blacksmithing and weaponsmithing and general annoyance that we won't set up a forge (which he assures us can be done on the cheap and while I'm sure it can, it's also a fire hazard and we're in Australia) so he can get into it.  After some discussion of the really hard work that went into crafting stoneage tools, he went oldschool and made a "training sword" out of a large wooden gardening stake using only a file, and braced on the outdoor set as we don't have clamps.

He decided he wanted to get back into judo, and I couldn't find out what the vaccine requirements for that were because nobody knew anything apparently, so he asked about fencing and JJ immediately vetoed it because fencing equipment is expensive, and we haven't even checked to see if you need to buy equipment to begin with or if places have equipment you can borrow.

So he decided to try archery. 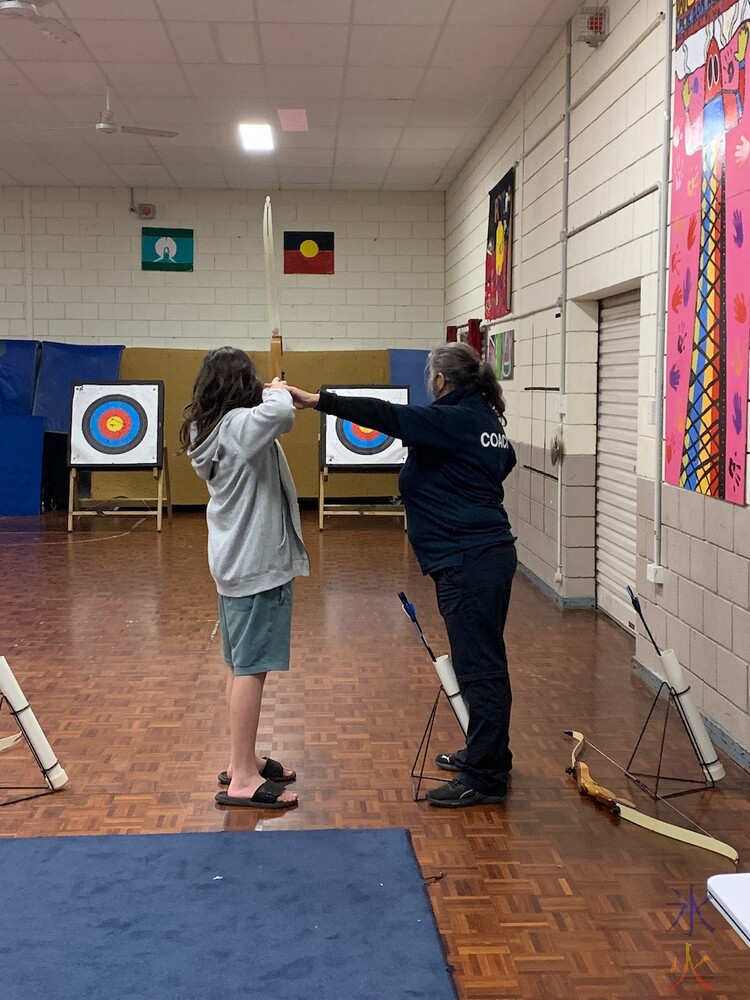 Apparently he was pretty decent and the coach was very keen for him to sign up so he decided he'd try it out for a term and we signed him up after the school holidays.  And he has since gotten steelies to wear to it as he needed new shoes anyway.

17yo surprised us by randomly deciding to come for a walk with us.  We went up to a nearby abandoned quarry which used to be one of our favourite places to walk before the panpanic happened and with all the stupid lockdown rules people suddenly discovered/remembered it was there and it became too popular for us.  It is still worth the visit though. 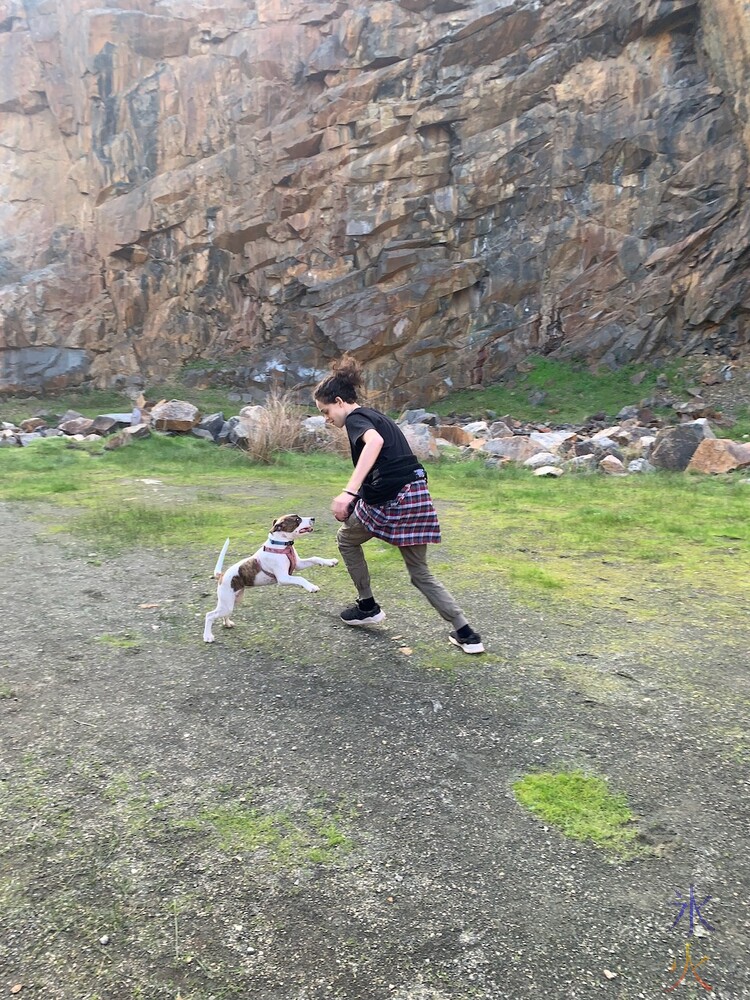 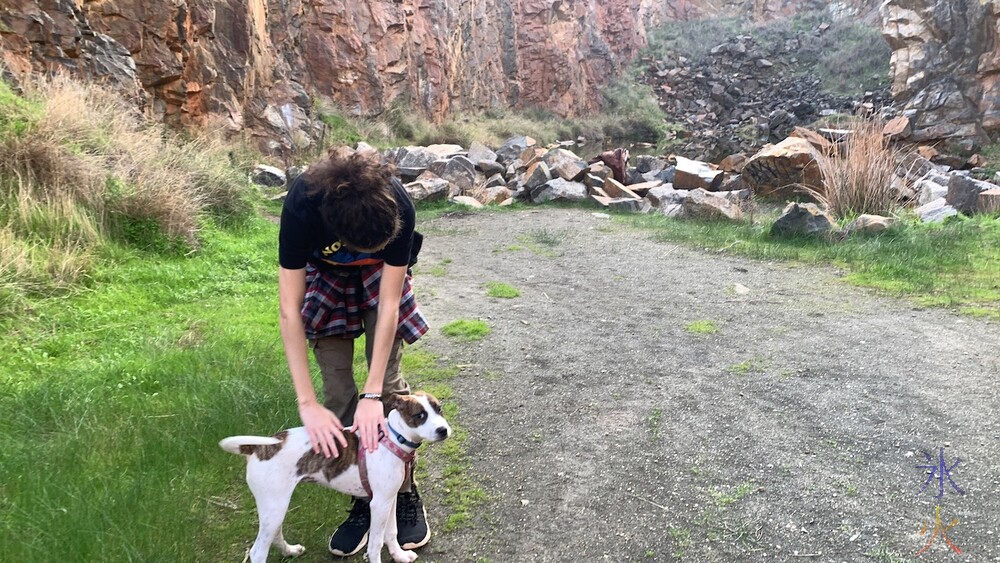 He played chasey with her, the two of them had a great time and one straight line sprint had him shrieking "OH NO SHE'S GOTTEN FASTER!" as she nearly caught up to him. 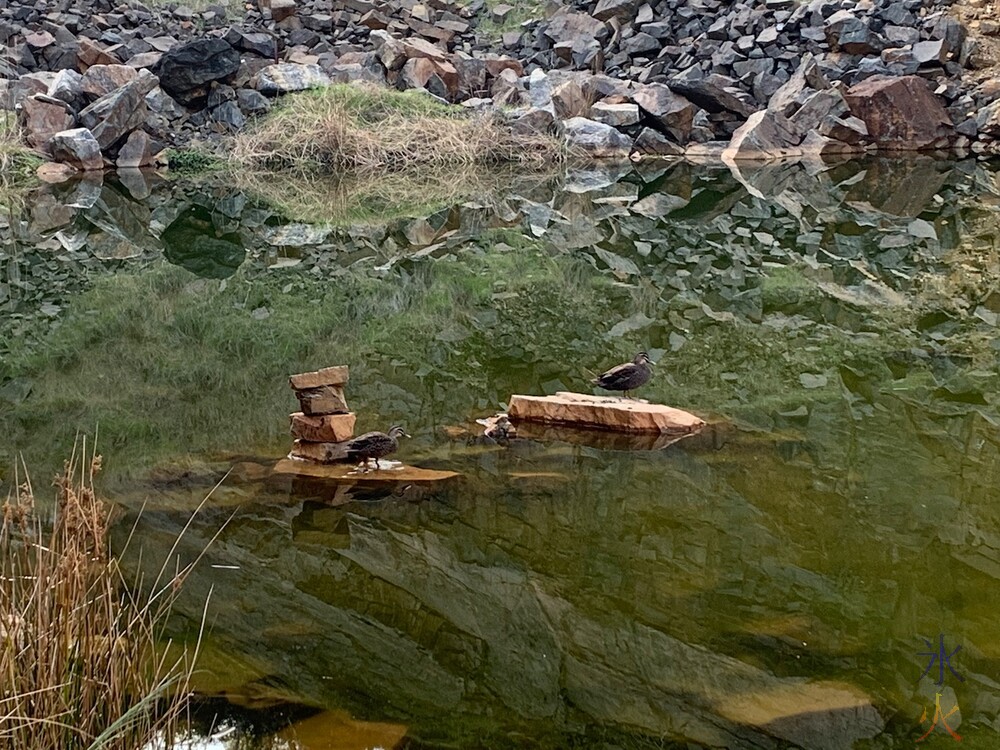 And I took a photo of this tree on top of the quarry because that with the clouds behind it looked cool. 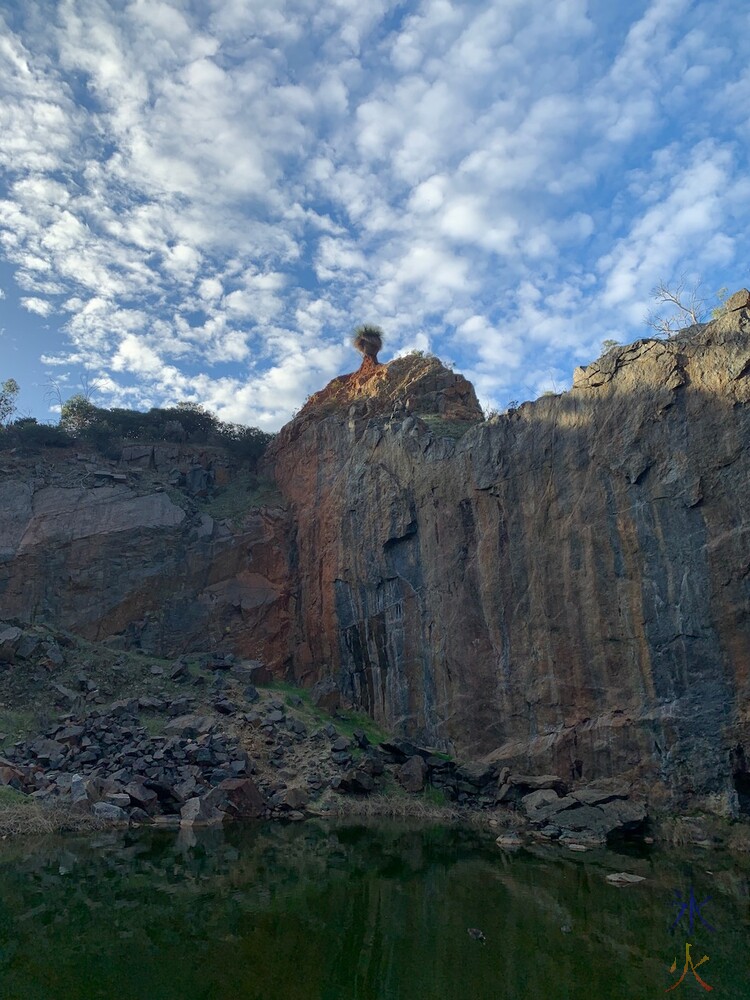 13yo started his Dungeons and Dragons game, running Lost Mine of Phandelver (there is a place called Phandelin in the game which we've nicknamed "Finland" after a confused tongue slip) as he is a brand new DM and with currently three brand new players and one reasonably experienced one at the table).

Roleplaying is good for language and math skill development.  As a player, you need to come up with a character concept, build it, and then act them out (or at the very least understand what the character would be doing enough to narrate it).  As the Dungeon Master/Game Master/Storyteller/Referee/whatever else they get called, you need to be aware of what's going on in your world, play all of the npcs that the characters encounter, and regularly adjust on the fly because unlike in a play where everyone has lines and everything is predictable, you have only some idea of what the players are going to do at any given time.  For the maths, it depends on what system you're playing.  DnD has a lot of adding and subtracting, and Chronicles of Darkness is a dice pool game which is searching for and counting up how many dice show 8 or higher (and 10s get rerolled and in some cases you can also reroll 8s and 9s), and particularly hairy situations can be come exercises in probability (I have this many dice and I need to roll this, what are my chances of succeeding, do I try and take the beat and the consequences if I fail or do I try something else).

Roleplaying can also be good for art and dexterity development, but definitely start with something easier than kobolds if your dexterity isn't the best.  13yo decided to buy minis that looked like the player characters, and some opponents that could either be themselves or stand in for other opponents depending on the situation (we only have so much money after all).  He was umming and aahhing between kobolds and ogres that needed some assembly and decided on the kobolds because he likes kobolds.  He regretted it later when he struggled to put the tiny little fiddly things together and wished he'd gotten the ogres which while also small were a lot bigger than the kobolds and probably would have presented less of a challenge for him.

15yo came to the rescue and had a much easier time of it. 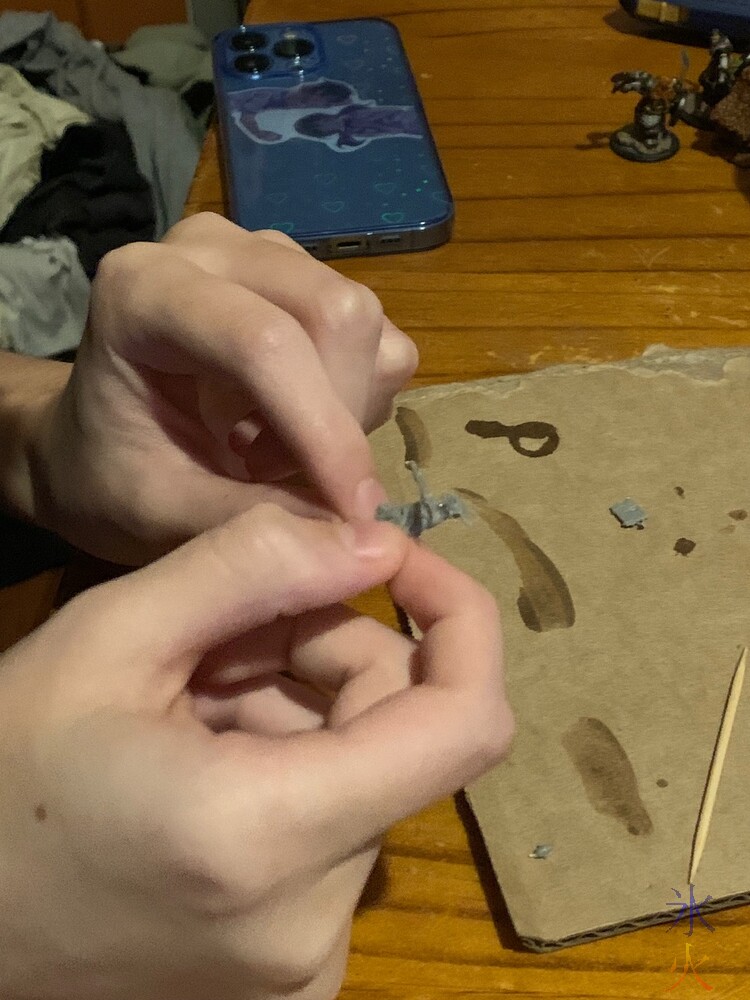 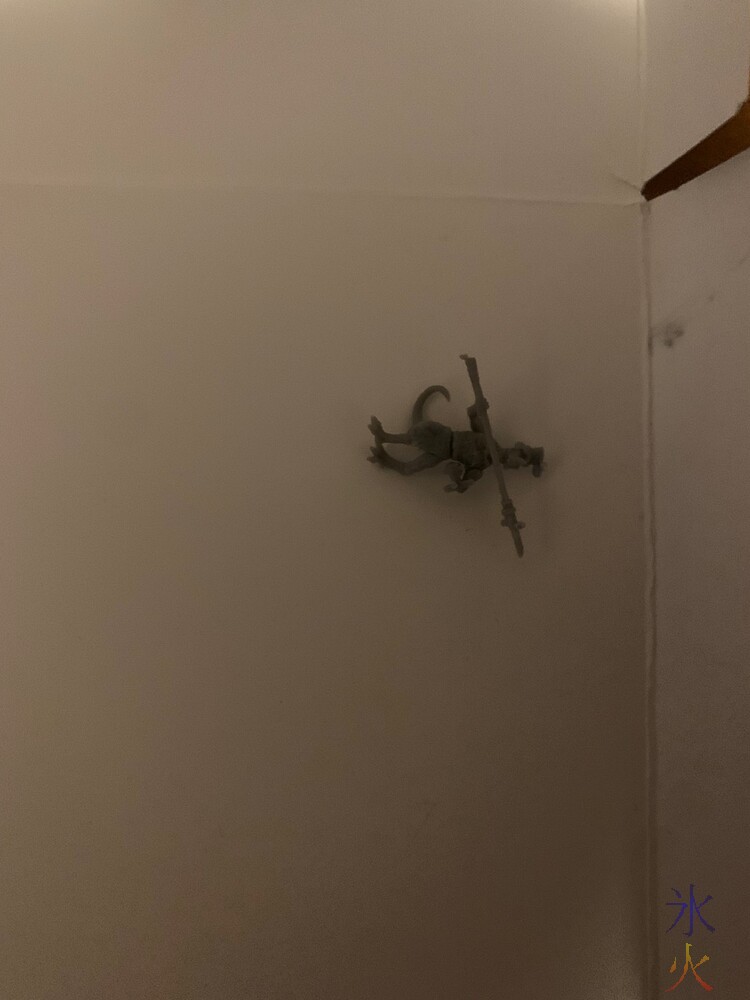 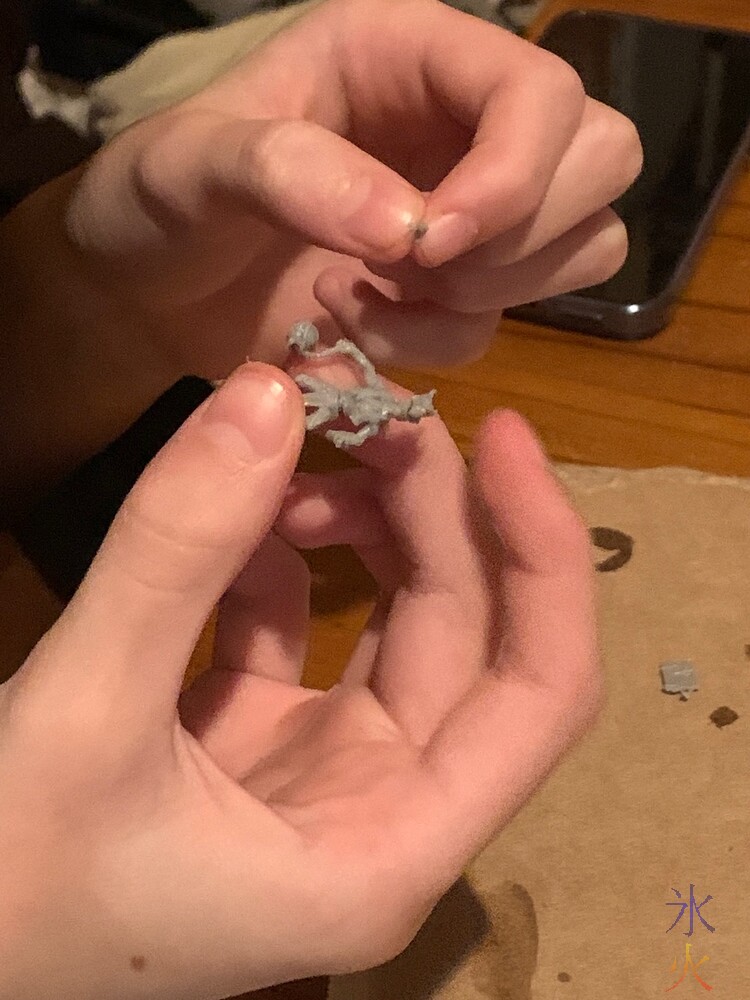 There was a bit of a kerfuffle after as he had said he would pay her for the work but then they hadn't agreed on a price before she started the work, there was a lot of back and forth about whose fault that was (he should have been clearer, she should have just downed tools), I have no idea if it's actually resolved or not but hopefully lesson learned.

J complained at this point that they should just not be making deals etc with each other as this always happens and has been an ongoing thing when they were young.  I  pointed out that yes it always sucks when it blows up and while I can see his point (and personally would also much rather that they just didn't sometimes), he also had to see that they were learning valuable negotiation skills and making those mistakes in an environment where it was safe to make those mistakes instead of in one where their ignorance is exploited and/or ends up costing them a lot of money and/or time.

They are quite mature about things though and kept the out of game drama out of the game (which is much better than a lot of adults from what I've read on rpghorrostories).

The bigs started TAFE and 17yo and I showed 15yo the walking route to and from the park where I have been picking up and dropping off 17yo after I decided that was much easier than trying to exit the TAFE (have to turn against traffic and I hate driving at the best of times) and was also a great opportunity to take a certain Very Active Puppy for a run.

On the very first day, J and I went to pick them up and got a story of how after the introduction session where the lecturer had laid down two unbreakable rules of no vaping or swearing in class, a bunch of kids who were apparently too cool for that did exactly those things right next to 17yo and 15yo, triggering 15yo's asthma (fortunately it wasn't a full blown asthma attack as I don't know if she had her inhaler in her bag).  17yo brought up a pile of grievances he'd had since last semester, but none in any great detail and nothing he would talk to the lecturer about because he "didn't want to dob anyone in" and both of them decided that they didn't want to go back in and would do their work from home.

Their lecturer and I have been going back and forth and apparently the problems that we know about have since been dealt with but I'm still not having much luck moving them back in.  They have been doing their work from home as they're used to working at home anyway, had to send some emails back and forth with some other person about attendance as they had to report non-attendance to the Department of Education as they're still underage, apparently a note has been made after I told them what was going on.  I'm still intermittently trying and they're still adamant about not going, though I have told them that 15yo will most likely have to go in next year anyway because (assuming that she passes this course) she starts the actual course that she wants to do next year and I've told 17yo he can go in then too despite his protests to the contrary.