This week has been thoroughly boring as far as progress goes.  Even the progress I made on roleplaying notes felt pretty meh.

The uv maps were so horribly borked that  I decided I was just going to bite it and redo the sculpt (which is a comparatively easy thing to do).

While I was there I noted that some fixes which I thought I'd done with the base model hadn't actually been done, so decided I would actually do all the fixes on the base model that I was supposed to do, including applying basic textures, which is another thing I thought I'd already done.

There is a long running hardware problem which is steadily getting worse and worse.  Most of the time I'm  okay though it will sometimes decide to randomly crash because I was scrolling a document, but crashes are otherwise almost guaranteed when rendering.  Lately it seems that texture work is also too much now as trying to do anything with textures maxes out the cpu sometimes for minutes.  If I notice I wait it out, and everything if excruciatingly slower than it has to be right now because I'm looking out for it now so every time it maxes out I stop and wait minutes for it to settle down so I can click on something and watch it max out again for minutes (I'm only joking a little bit). Most of the problem was happening when I was converting the demo procedural eyes to my base model's usual red eyes.  Also had to fix the positioning of the inside of the mouth while I was there (it's yet another one of those things where I don't know how it went literal years without me noticing).

I ragequit after having a few more cpu surges and went to bed and this is where I'm at right now.

Here I'm tidying up the vertex weight maps for the down feathers as I've split them into front and back.  They'll get paired with a texture map (I'm not sure if that's the correct/acceptable way to do that but I get much better coverage using vertex weights and texture map, and the texture map is just needed for the infinitely better control).

I eventually decided to go with the particle instances as I managed to get them to look okay and they render a hell of a lot faster than using particle clumps. 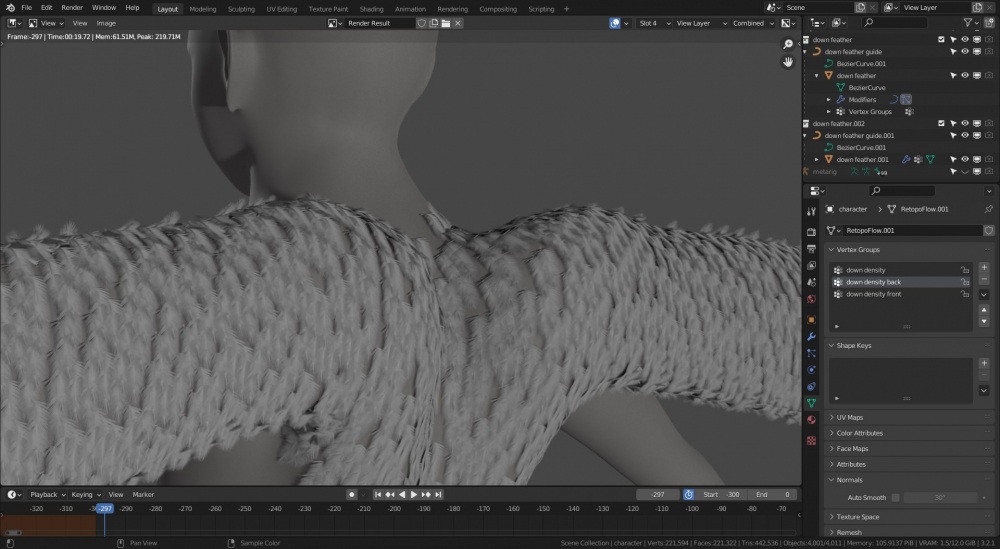 I'm still trying to work out positioning of the base and tip of the feathers as it's currently insisting on looking like it's overlapping the wrong way in renders even though it looks passable in the viewport. 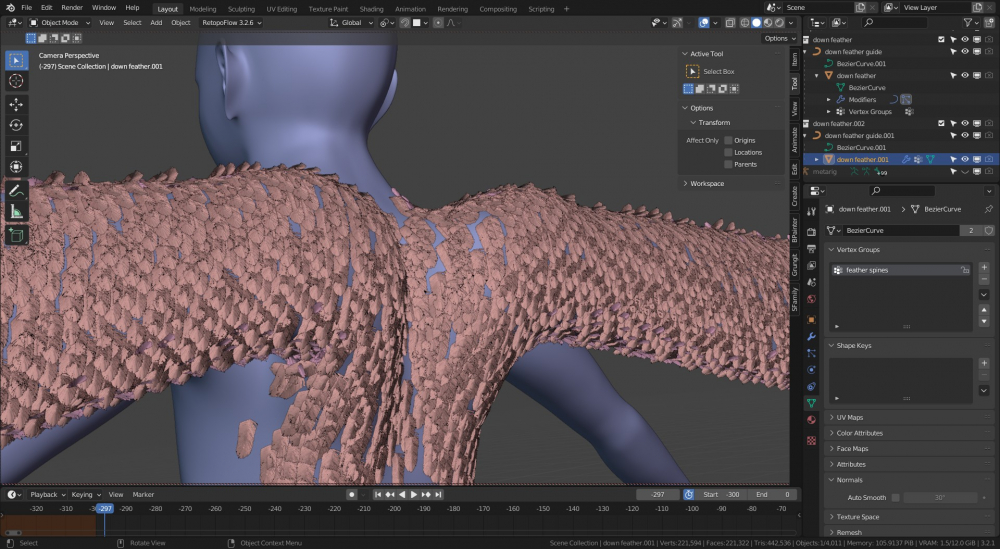 And as a bonus, I've been poking at this on previous Toolsdays. 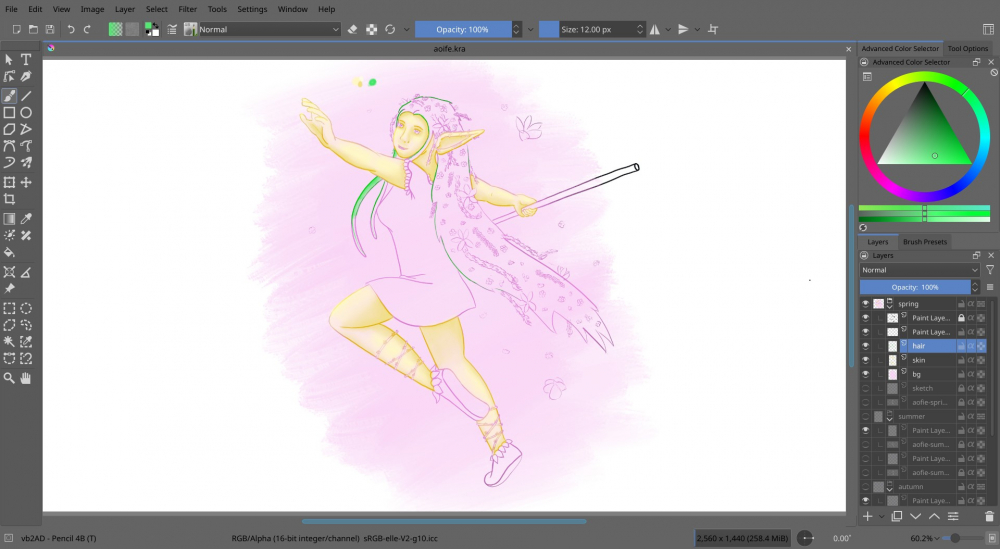 This is the spring version 15yo's Eladrin character that she's playing in 13yo's DnD game.  I usually do sketch colouring on one layer but I'm splitting them out for this one as she didn't seem sure about what colours she wanted (she reckoned she was giving me options when she sent the text description of what she wanted).

I love painting long hair but I really hate drawing it x_x this one needed to be done sketchily though as I would need an actual background for rendered style and I already had in my head that I was going to do coloured panels as the background so coloured pencil sketch colouring of dubiousness was the way to go (I still don't know how I feel about this style, it does come out alright but I'm not sure the amount of input is worth the output, maybe it will be okay if I somehow manage to get faster at it).