This week I have tried to get back into things though there were a couple of interruptions in the form of catching up with one friend that I hadn't seen for a while and helping out another friend who needed some massage work for themselves and some extended family members.

Then I realised I need to rethingi my schedule and that's always fun (because I'm me it takes probably way longer than it should). 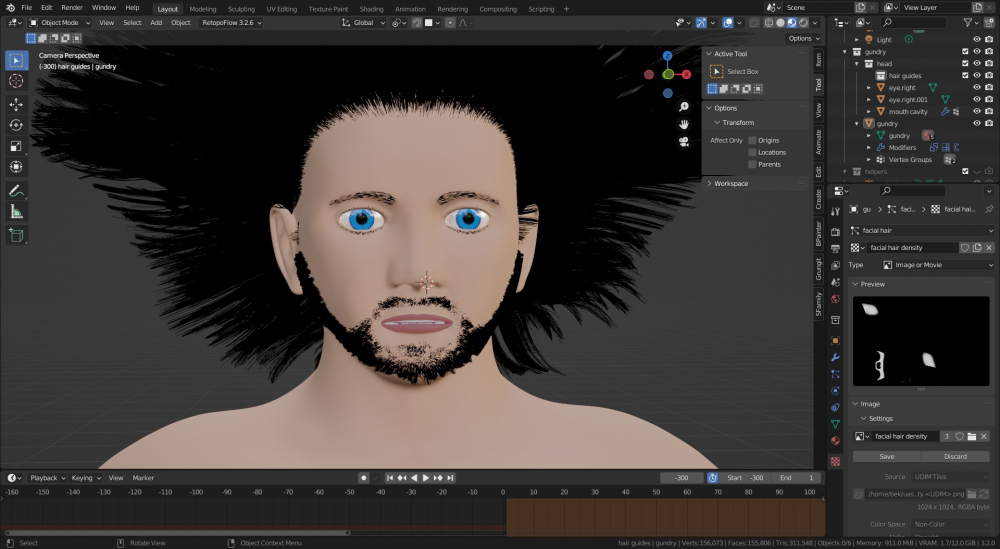 I was starting to style the hair with bezier curves but I just really want hair dynamics to work.  Still having the same problem where the particles are simply vanishing and then doing completely the wrong thing when shifting into and out of particle edit mode so I guess whateveer was causing the problem either hasn't been looked at or can't be found or is too hard to fix, I don't know.  There's supposed to be a new particle system and while it will probably catch up to me in due time because I work so damn slowly, I also don't want to stall everything hanging around waiting for it.

I think if I really want the hair dynamics I'm going to have to bite it and deal with the grooming tools which I really don't like using (I struggle a ridiculous amount with them).  One of the ridiculous things that is happening is that when I went to try grooming the beard, some of the particles wouldn't show up.  The root bit was there but the rest of it wasn't, and it wasn't poking out the wrong side of the emitter either (I checked).  It made the facial hair look patchy and horrible.  If I can't find any other solution I'm going to have to just add the particles back in manually in particle edit mode and mess around with it forever to try to get it to look something bordering on the same universe as half-decent.

Meanwhile I enabled hair dynamics on the facial hair on the offchance there was a miracle and correct planetary alignment or something and it would somehow just fall nicely and this happened instead. 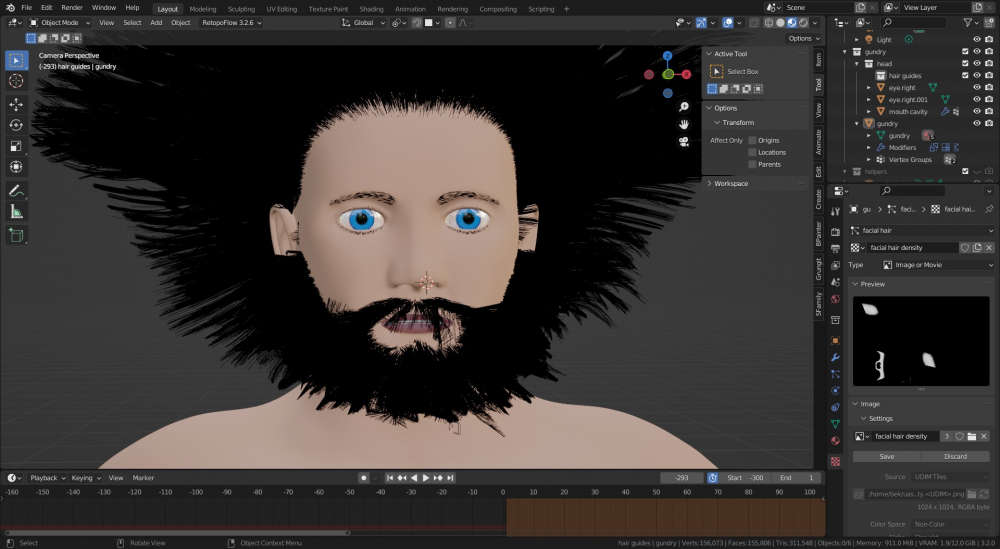 I have no idea.  Thought it might be a cache issue but if it is I'm not sure where i'd be looking to sort that out as the systems give at least the appearance of using their own caches.

That will be an experiment for another time and another model as I was just procrastinating grooming the beard because I really loathe Particle Edit.

Jumping from one hair to the other hair and before fiddling with and fine tuning the head hair (because I am a bit over hair right now) I decided to try texture mapping the eyebrows and eyelashes instead of manually placing them like I have done previously.

There was a problem where what I was drawing kept ending up in the wrong spot and the resolution was all wonkered like my 4k map had somehow randomly turned into a 512 or less.

UV maps stuffed me yet again. 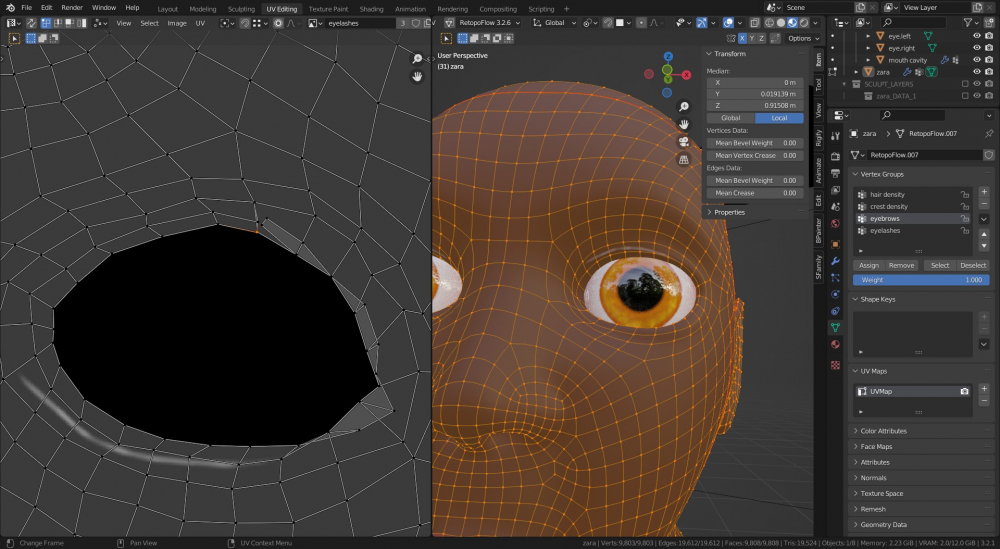 Yet again, I forgot to turn off the sync thing that moves the uv vertices with their 3d space counterparts.  This is a problem that's common enough that I absolutely should know better and should have been checking for it but I manage to forget literally every single time without fail and will probably continue to do so even if I do put a note for myself somewhere.

So that's going to need straightening out.

On the head hair side of things it's endlessly naffing about with the texture map and how many emitters vs how many children for best look and coverage vs performance and blah. 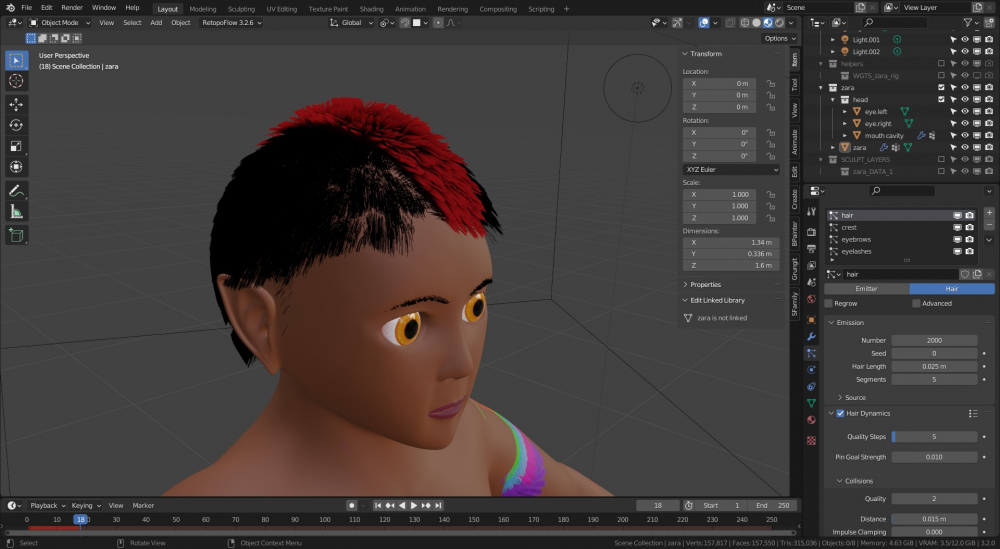 Then have to fiddle with the colour ramp forever until the amount of red looks right.  The last thing to work out after the endless fiddling is if it's possible to animate the pin goal strength for the crest in the way I want (it's working out great in my head but that doesn't always translate to real life).

Then collisions.  I ran one to see if child hairs were continuing to ignore collisions (probably because looks like there's been little to no work done on the hair system, guessing all focus is exclusively on the alleged new one) and full system crash.

And must not forget glowing eyes which I believe was an emission node last time I did it.