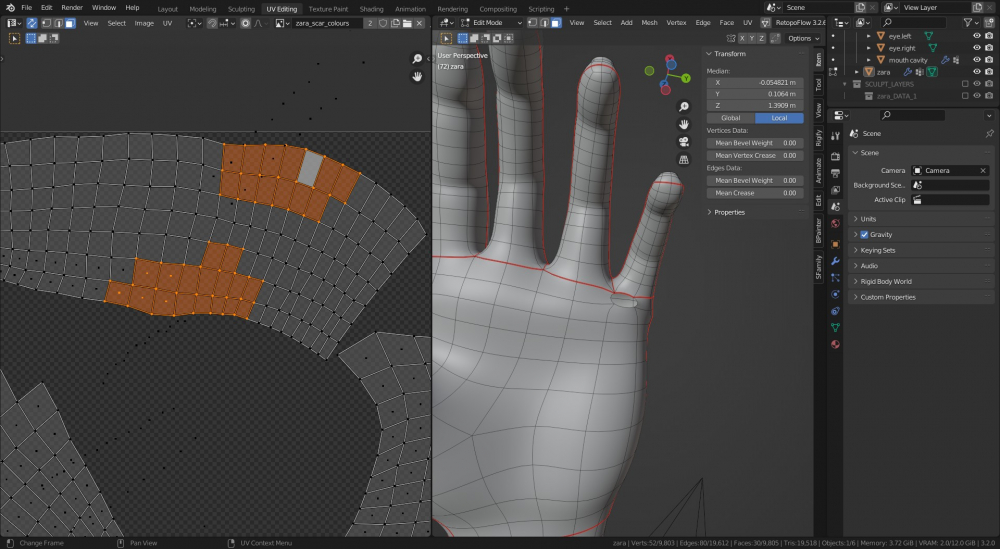 After a lot of panic and rage and ranting about stupid problems to Sprat and general lack of surprise because everything had been going well so of course there had to be a minor catastrophe, I remembered that I could transfer uv layouts.

After a brief failed jaunt through previous versions and discovering in the process that while the stacking hadn't happened the black dots had, I did what I should have done the first time and grabbed the default model to get correct uvs. 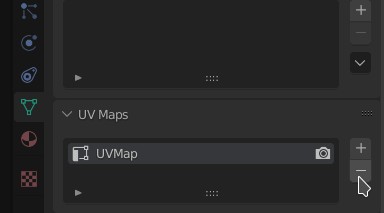 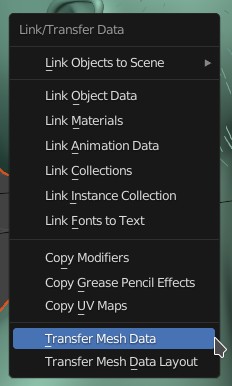 I tried Copy UV Maps the first time and it did copy the uv maps but everything was horribly broken and wrong. Did Transfer Mesh Data in the next attempt and selected UV in the next dialogue it presented and ended up with a much smaller version of the problem. 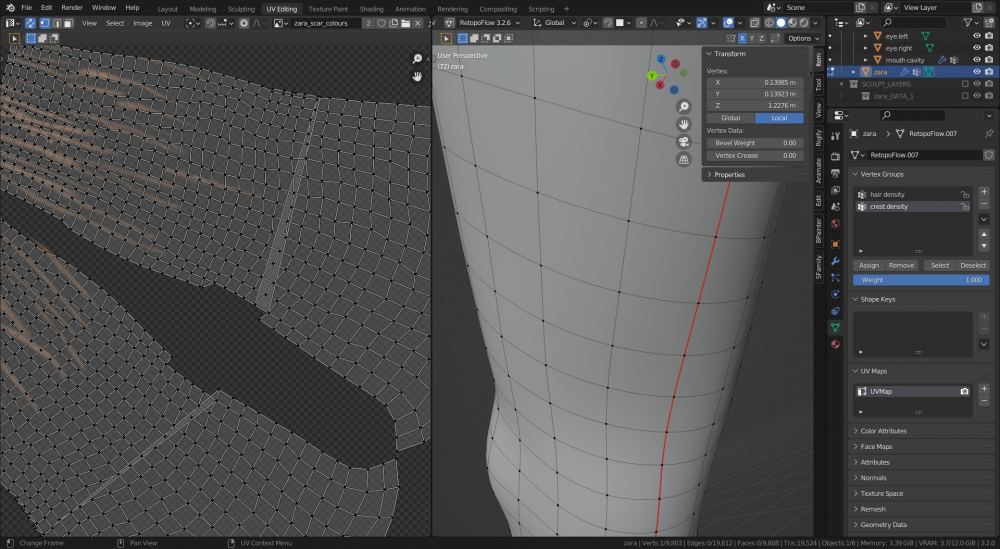 I have no idea why it insists on doing that, but it was quicker to fix that (there was a bit around the face as well) than the huge mess I had before.

Still haven't budged on Gundry, and I also started drawing 15yo's Eladrin character for 13yo's DnD game. I'm currently not happy with two of the sketchies and am probably going to redo them before I start throwing colours around.

Today was complete disarray for great reasons, the outlaws came over with our nephew who hung out with 13yo for the entire visit, they played outside with the puppy for ages. At the usual puppy walking time we took the puppy down to the dog park and as luck would have it we met three of her friends there (though one was on the way out when we got there) and she met two new ones so there was plenty of puppy playtime and socialisation and she went to sleep for the rest of the day.

After barely holding last week together I have decided that I'm going to fling my schedule through a brick wall for at least the next few days if not the entire week and concentrate on crunching roleplaying cheatsheet notes so they're done and out of the way (I'm condensing the mechanical stuff that I need out of my sourcebooks into an Obsidian vault…and might do the other books as well seeing as there's only a couple left after doing all the ones that are currently or have previously been player characters), and will probably continue hacking at the game that I'm running and the game that I'm planning (because I'm me all the games that I've run so far have ended up on the same timeline and are affecting each other, I'm just waiting to see if the players will notice) during that time as well.

So I'm not sure what there's going to be in terms of progress next week, hopefully I'll have done stuff but there is a real chance that it might be filler with roleplaying stuff and possible attempted distraction with puppy.