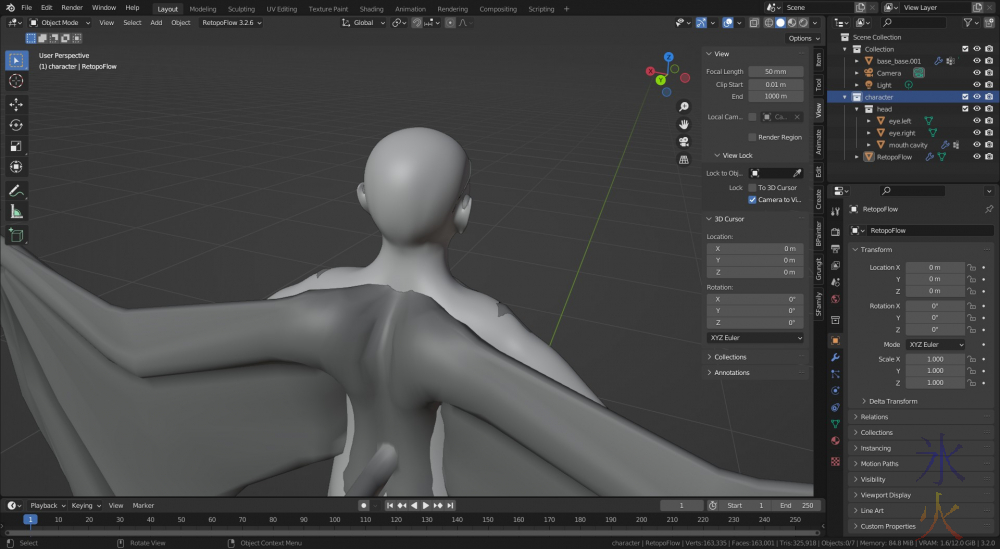 I then took another deviation as apparently my base models did not have basic textures applied like I thought they had, so I did that with the ones I had already done. And while doing that I ended up transplanting a head (that would sound rather dodgy without context I think) as I'd apparently made some changes to the male model at some stage and all the fixes I'd done to the mouth on the female model really wasn't working.

Having the basic textures there to work off will make character generation that tiny bit faster.

Meanwhile I didn't even start the retopo. Managed to forget RetopoFlow doesn't show wireframe and I kind of really need that, but it's okay I think I've figured out some workaround.

I did manage to poke a bit at Gundry, but I really haven't been feeling this project. On the one hand I do want to finish him, on the other hand the ttrpg that I think the video game was going to be based off has changed so I don't know what else has changed, and I still have to get around to talking to my young friend about it (it's not that hard a conversation to start, it's just one of the many things that keep getting bumped because something that does actually need to be dealt with now comes up).

Looks like I will need multiple splines to style the hair as the single one gave some serious mutton chops and not the right shape.

I was expecting this but one can hope 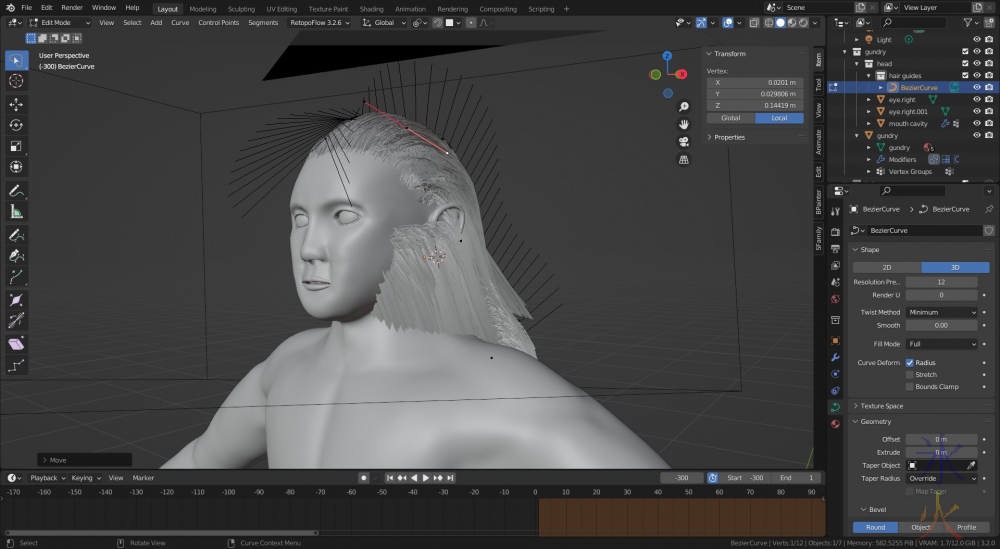 I'm trying to use the minimum number of guides this time as I remember using a lot the last time I did this (and I used a lot because the options are spline guides OR hair dynamics, the splines can be animated but they will animate everything they effect which isn't great for loose windblown hair, and my only other option for that is combing and that's a different set of pain). Right now he looks kind of like one of the Centauri from Babylon 5.

On the scar painting front, things continued being slow and agonisingly painful.  Blender's texture painting performance seems pretty awful by default, the extra layer on top probably doesn't help and having to work with the higher viewport display (necessary because the scars are only properly visible on the highest multires level) more than likely compounded already bad issues. 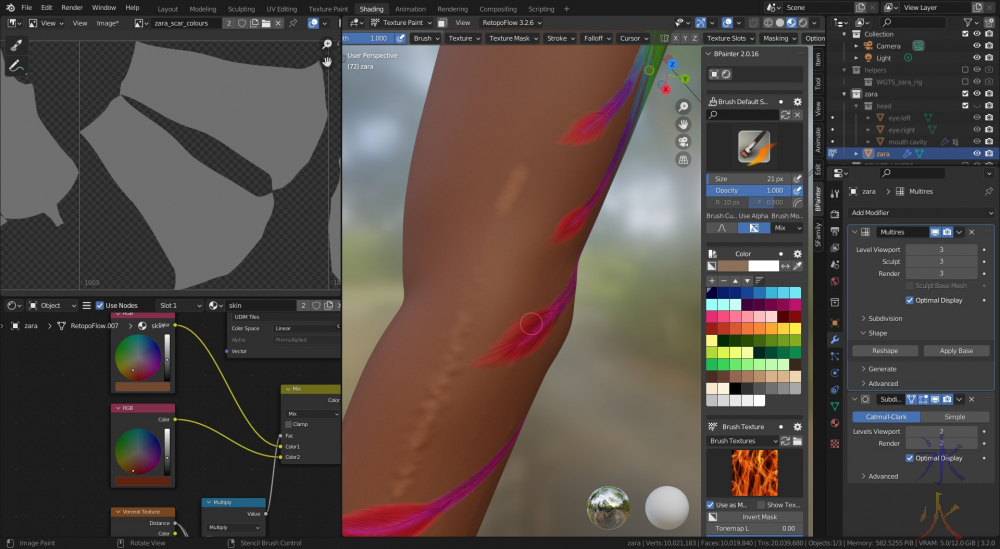 Brushstrokes were intensely laggy, often taking several seconds to complete and then half the time not even completing correctly (wouldn't do the full stroke, would do a full or partial stroke at full opacity, and every now and again would make a mark seemingly randomly).

I managed to get there in the end as while I usually work on roleplaying stuff on the weekend, 13yo has recently decided to start running DnD and looks like they'll be playing on Saturdays, and it's hard to concentrate when they're playing so likely I'll be doing what I did during that first session and working on AER instead of roleplaying notes.  I'll figure out if that's going to require a swapsies in the schedule in a few weeks as I don't know if this is going to be a long running thing or not.

Meanwhile I got onto the hair. 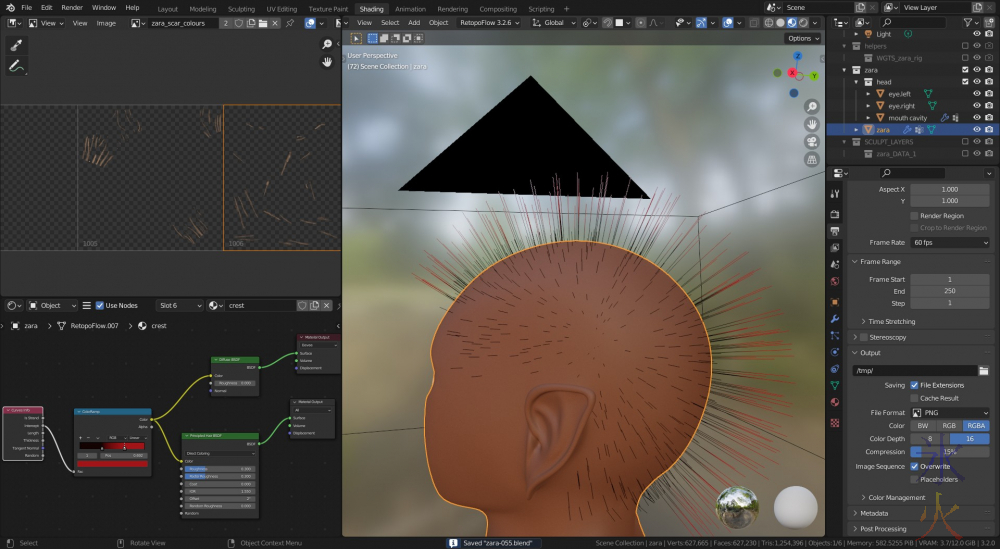 I had this mild panic as I couldn't find the Hair Info node but apparently Curves Info does the same thing (the node looks exactly the same so I guess it got amalgamated or renamed). Need to do some fine tuning on the hair (which will take a while) and then rigging and then she's done again (aside from wardrobe which I have this mild intention of doing as I go as I only have a vague idea of what anyone is wearing in any given scene, I'll figure out how well that works out as I'm doing it).