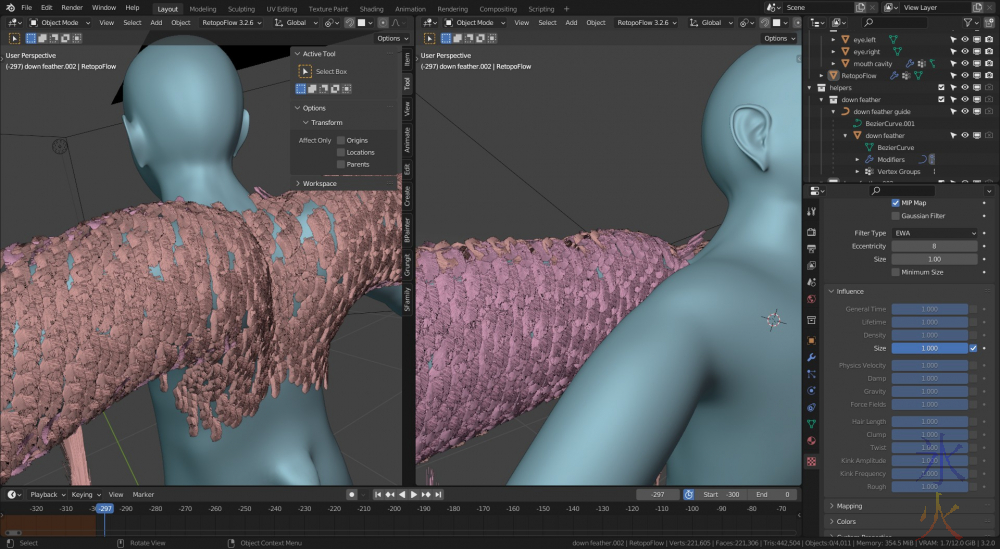 I'm currently assuming that they will respond to texture maps to determine density and size but haven't actually got around to testing that out just yet.

I've gotten somewhat invested in getting this working as I found out when doing test renders that they render a hell of a lot faster than the spiky method I was using before (because you know instances) and theoretically I should also get more accurate feather colouring, though I'm not sure if I'll be able to randomise colour jitter in instances because you know instances.

I played around with Sculpt Layers briefly and I think it will do what I want, will have to see if the visibility of the layers affects baking (ie whether I can turn off some layers and bake an image map without the information on those layers being included).

Meanwhile I'm trying to paint the scar colours and it's an excruciatingly slow process because I had to crank the Multires viewport display up to full to see the scar detail so I could paint it accurately, and painting a bazillion polys is apparently pretty resource heavy even when they're not real polys. 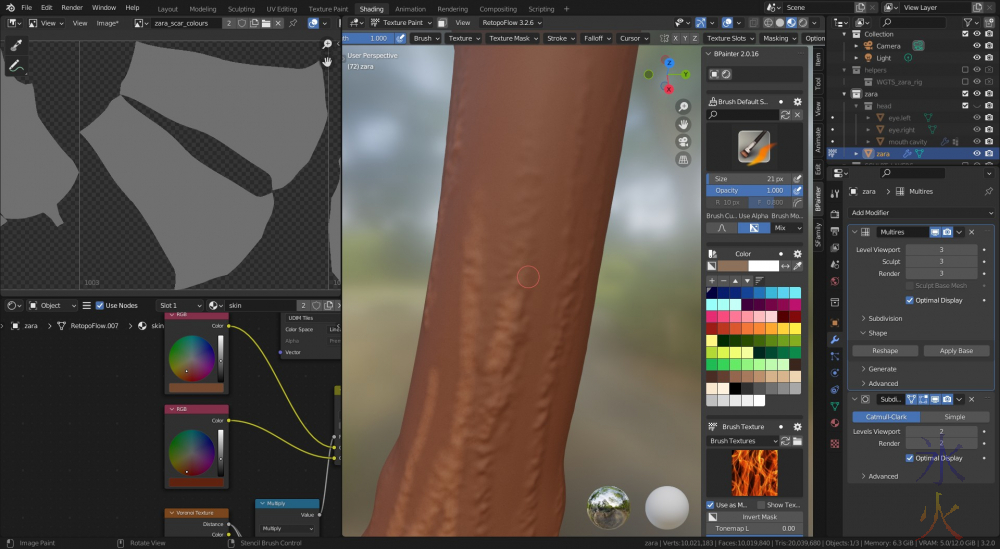 The top left pane is the uv map.  You should be able to see the colours I'm painting on at the moment but you can't (and neither can I on my actual screen) because the mesh is that dense it's looking gray.  So this is taking way longer than it should.

On the bright side, I can pretend it looks better than the bump mapped version (which was way faster to paint but I didn't think it looked quite right). 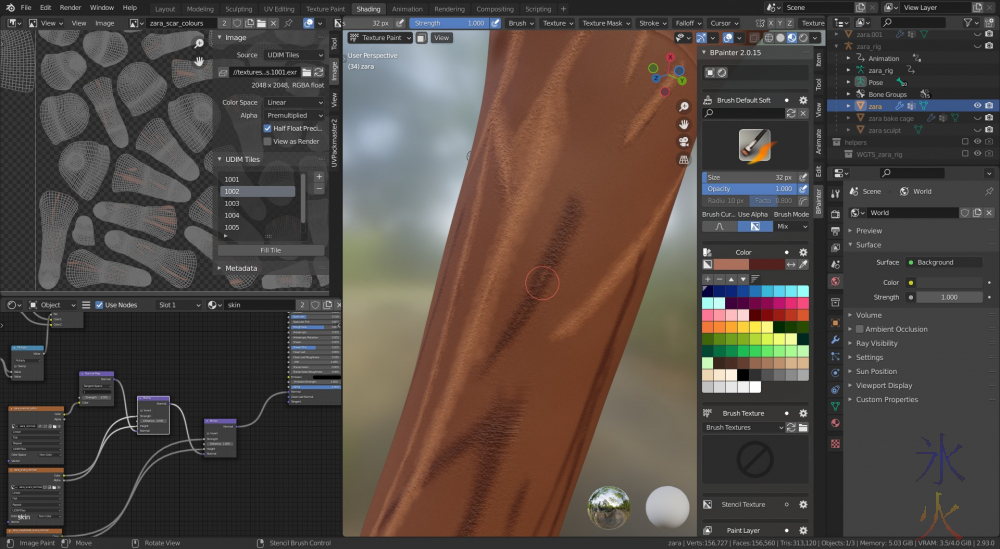 But after this it's hair and eyes (from memory I just cheated used Emission to make her eyes reflect light) and then I suppose I need to bake normal and colour maps and whatnot for the production model so that everything doesn't take a hundred million years to render.

And then I'm supposed to be rethinging Red next so I really need to get a move on with the Avian model.

Or alternately just switch to the Dragonkin model as I actually have a Dragonkin cameo to design that I'm extremely behind on.