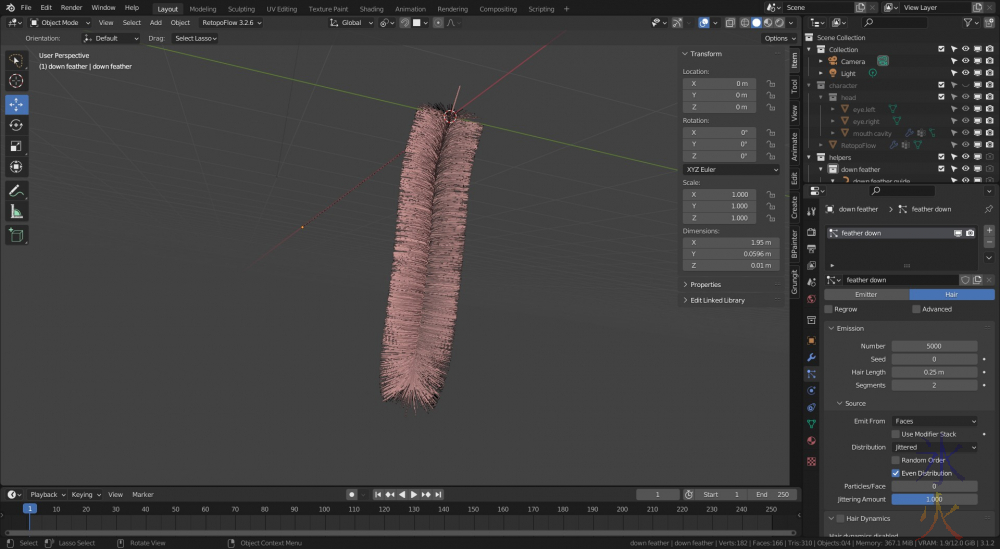 It looks like this all the way round.  I haven't yet managed to cut and shape it in a way that doesn't make me unhappy.

I messed around with it for pretty much the entire session I had on it last week and it has only just now occurred to me as I'm writing this that I think the hairs need to be a lot longer because this is down (and possibly coverts if I can get away with it, though I currently figure that I will need three types).

The tattoo is pretty close to done (I managed to get into a meditative state and also it's just faster than feathers, I don't know why i though the opposite would be true).  I'm roughly halfway through the purple section which is the second last one. 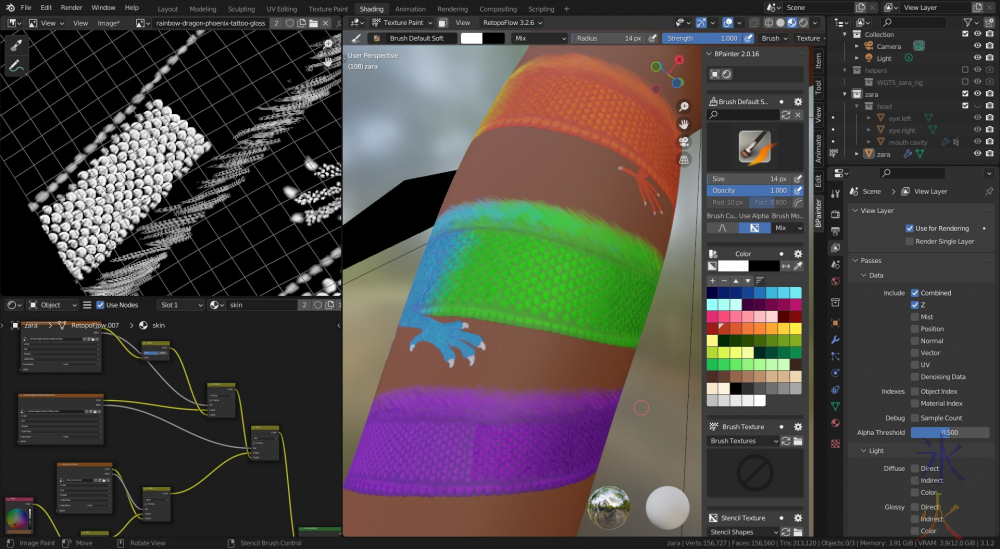 After that I have to redo the sculpt (which probably needed to be redone anyway as the original one was messy, and the uv map changed).  It should be quicker using multires than it was using dynatopo (because I'm an idiot that forgot the former existed) but will probably still take a while as I will angst over it.

And then I should probably bake everything.  Blergh.