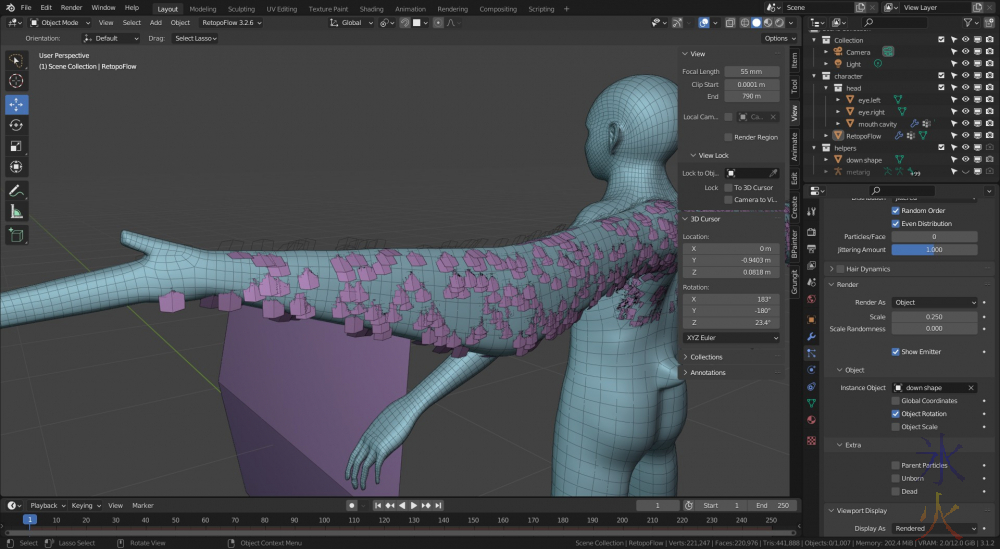 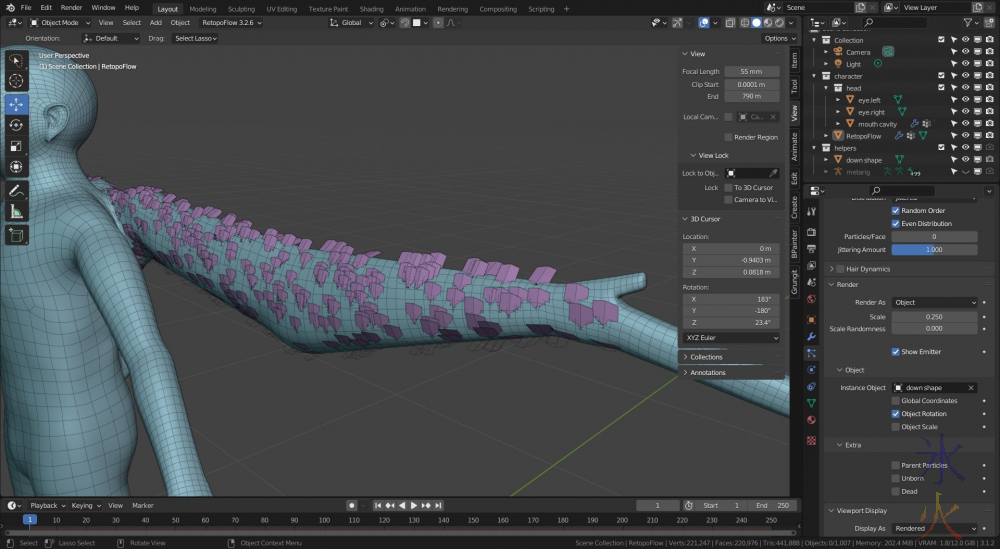 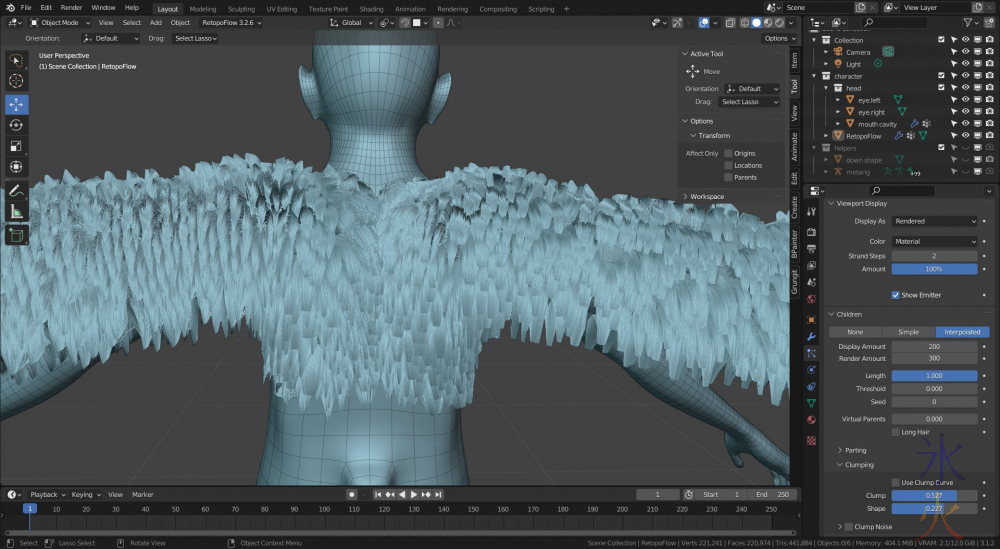 Once more one side is oriented the way I want but the other side isn't. Just different sides.

I have since found out that it's possible to particle instance things with particle hair. I'm not sure why that didn't occur to me before but I'm going to try that out for amusement factor.

Finally finished the phoenix. Finishing anything is simultaneously joy, relief and terror as I probably missed something. At least this time it won't be too hard to fix (unless it's something that needs to be fixed in all three images in which case it might be hard to fix but at least it will be more possible). 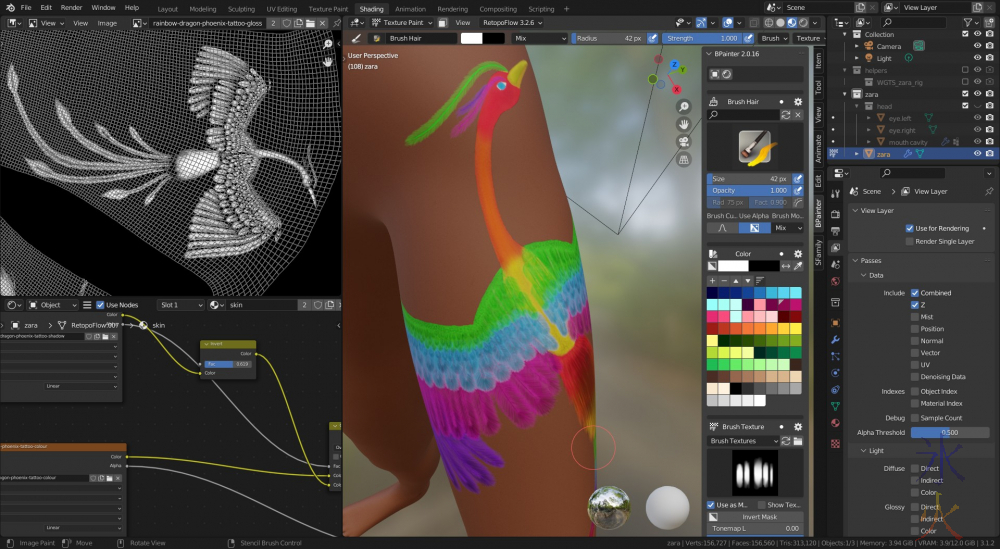 Also did the hair and shiny bits of the dragon and now it's "just" the bazillion scales left. 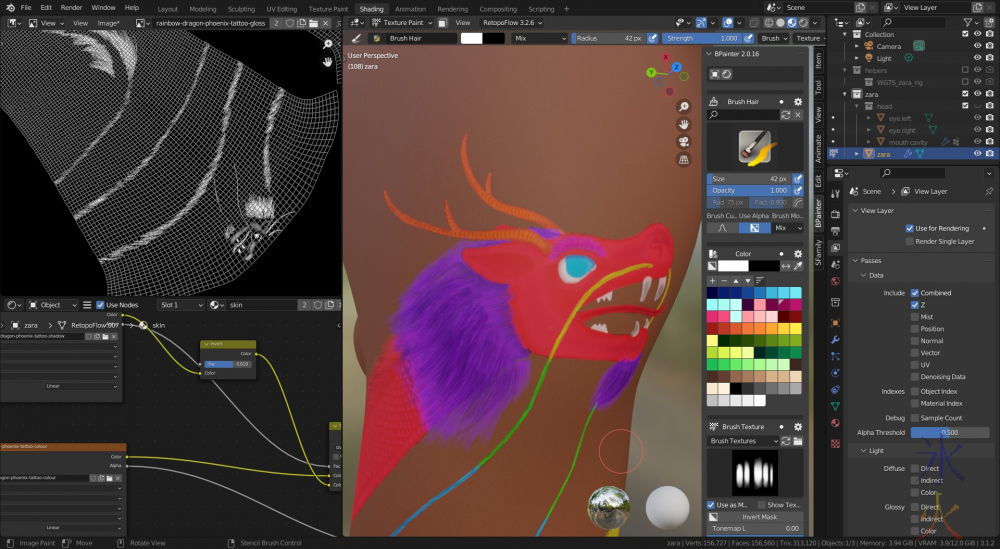 Sculpt Layers was back on BlenderMarket and pay cycle rolled over so I grabbed a copy and I'm really looking forward to using it.

Messing around with hair dynamics continues to be an "interesting" exercise.

I finally found out that apparently the reason the hair particles keep disappearing (and thus I can't edit them) after baking is because there's a bug.  I thought that I needed to use one of the other edit types (which didn't make any sense but then a lot of the things I end up doing don't make any sense). 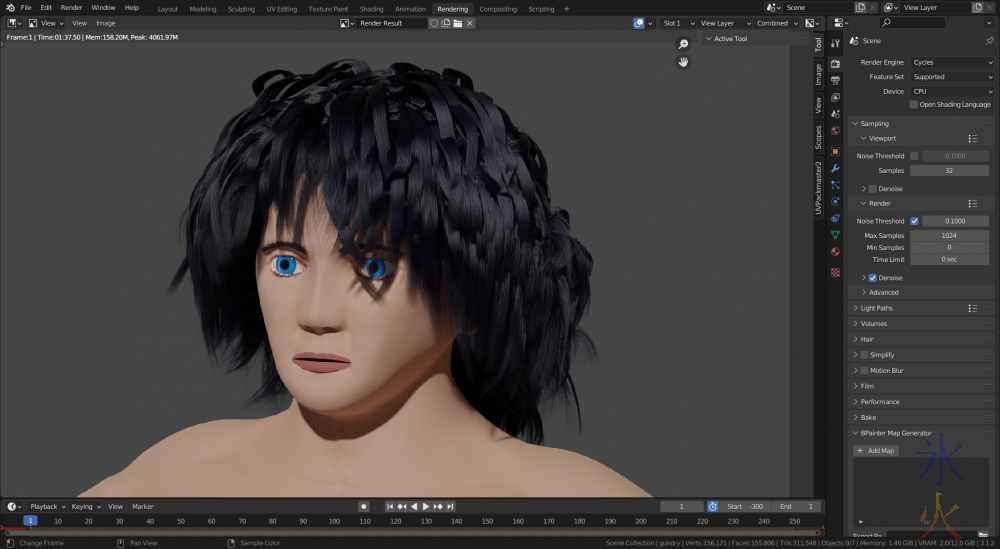 This is just from running dynamics to make the child hairs stop intersecting with the emitter which they will do from combing (because for whatever reason deflect emitter doesn't apply to child hairs and hasn't done for ages).  The hair initially explodes I'm guessing from initial collisions (as self-collision is also on in an apparently vain attempt to stop the above from happening) and then attempts to resettle.

I may also have too many child particles.

Going to take a lot more tweaking to get a somewhat acceptable result.

Or falling back on using curve guides and then struggling with soft body instead.  Aargh.