We really didn't do a lot in April because it kind of sucked.  Both of our dogs died within weeks of each other.  Everyone was pretty devastated, the kids had grown up with those dogs. 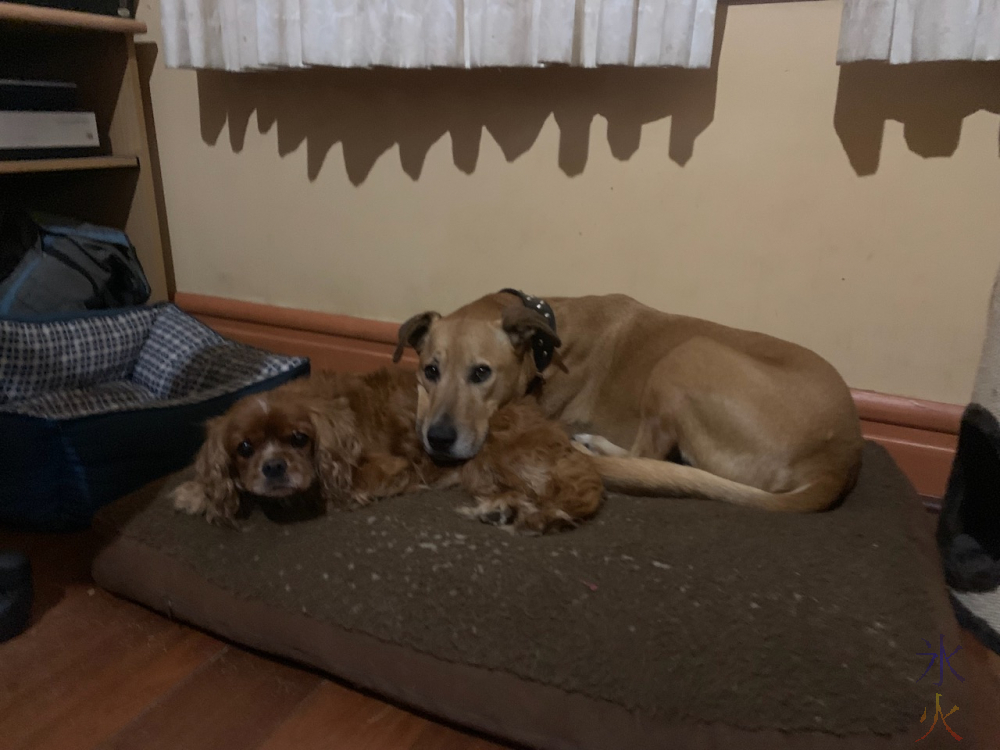 The big dog was an early birthday/Christmas present for me as I'd decided I wanted a dog.  The kids were 5, 3 and 1 at the time.

The small dog came to us three years later.  J's dog had since died and we were considering getting another puppy when a friend asked if we wanted another dog as her parents were downsizing and unable to keep all of their animals.  We said sure and after a trial run, the small dog moved in.

The big kids did talk about things but mostly wanted to keep to themselves.  13yo wanted to have to some pretty in-depth and heavy conversations about grief, death and what happens afterwards (we ranged from fertiliser to afterlife). We didn't really feel like doing a lot for a while.

13yo experimented with dessert presentation 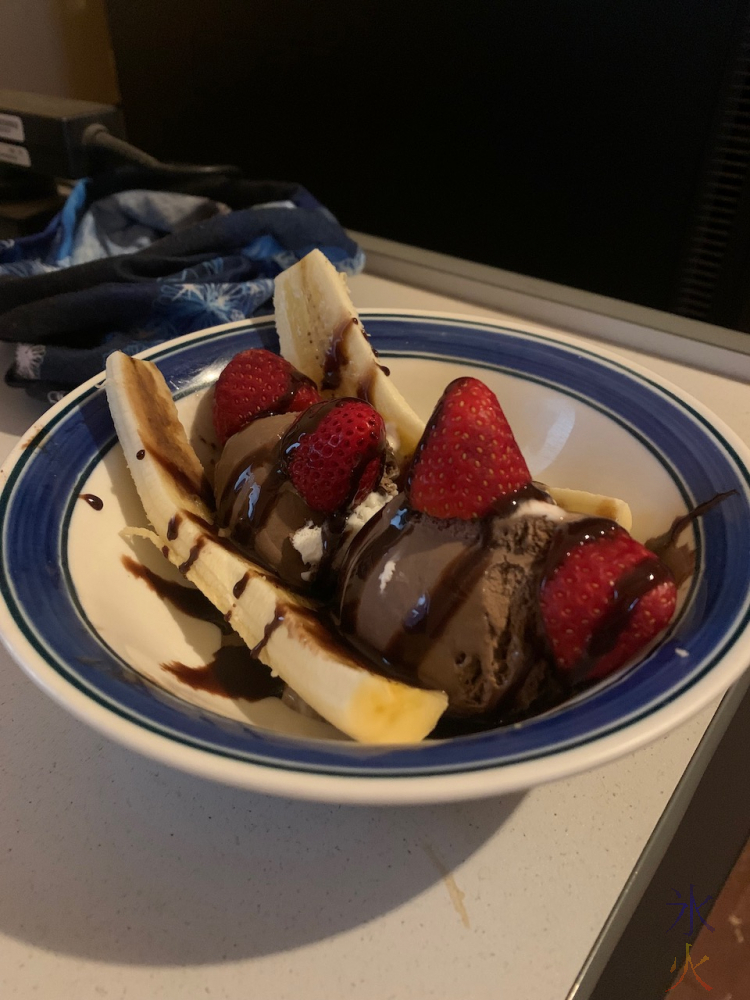 and I finally got some time to take him to City Farmers to buy fish for his tank (which he got six months ago or so, and then we kept having issues with the water).  He named the white one Jin Sakai and the orange one Rykard Lord of Blasphemy. As part of a TAFE project (which he had to design and execute), 17yo decided to clean the roof and gutters, which hadn't been done for a few years because we haven't had time.  He did a decent job. 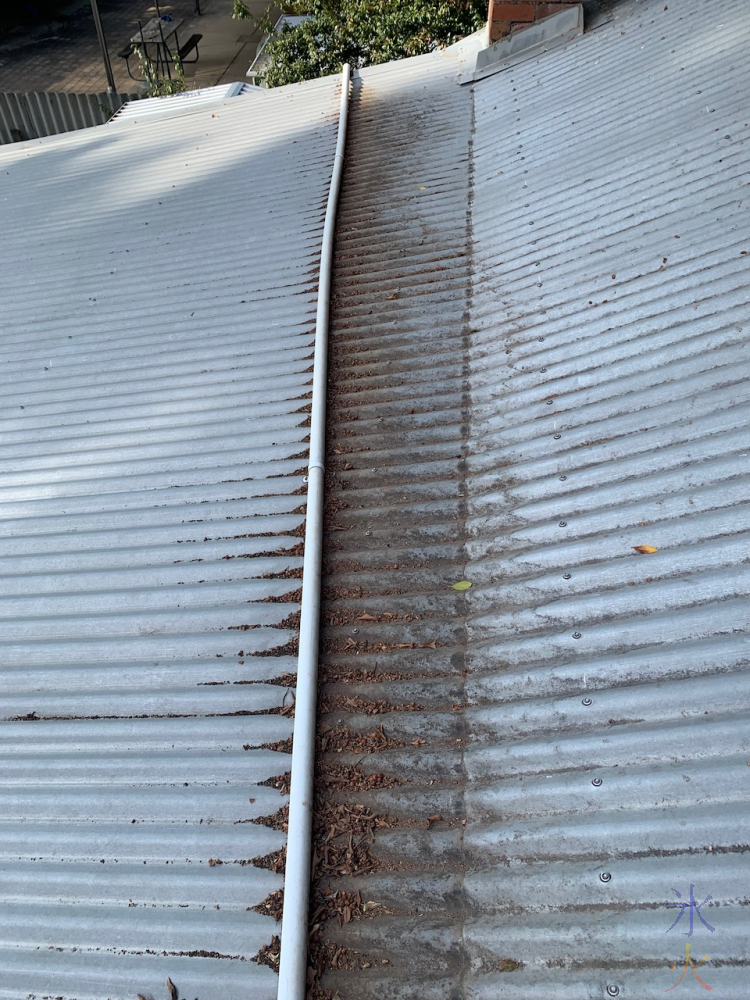 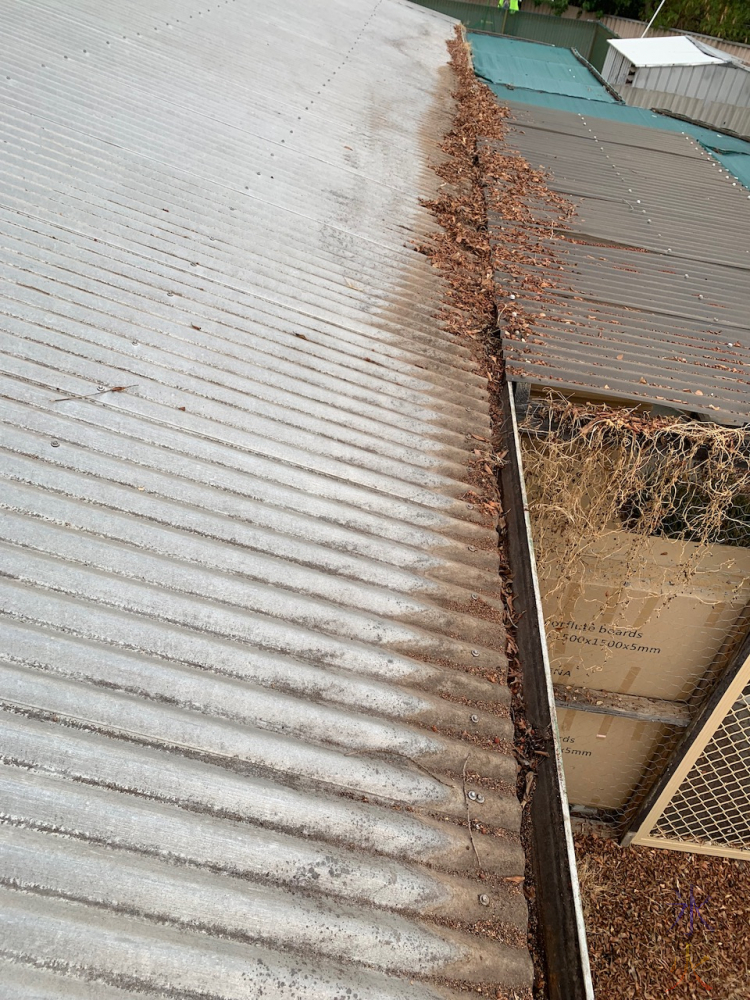 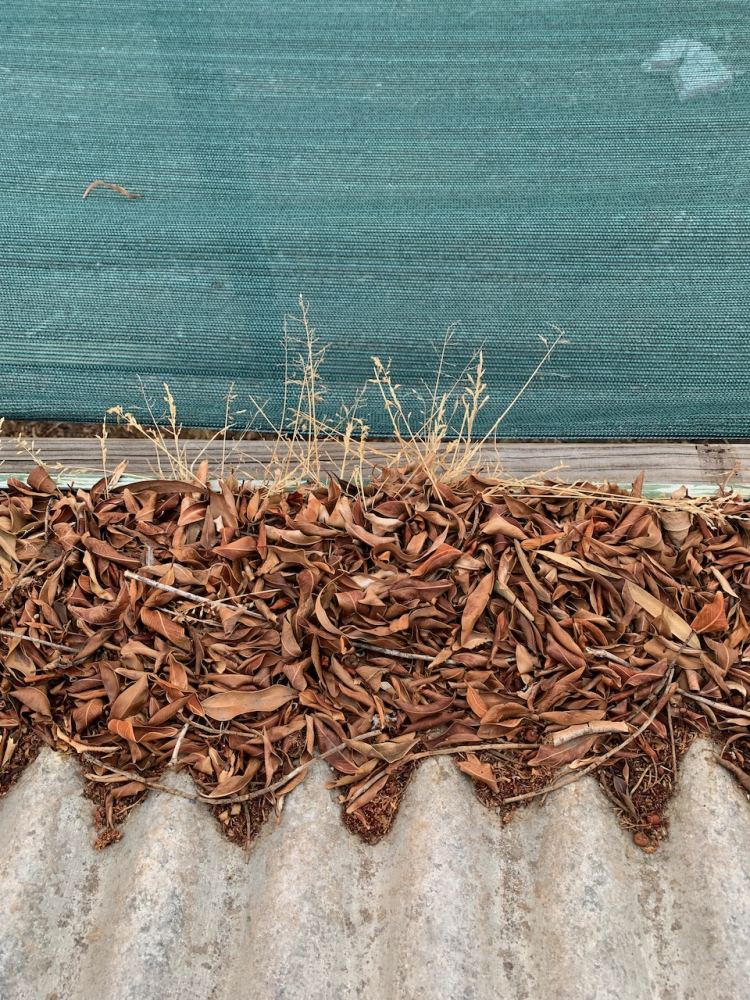 And found some interesting things such as "potting mix" which was put in the vege patches, and critters. He asked me to come have a look and take photos (which he needed for his project writeup and the camera on his phone is awful) and we ended up hanging out on the roof for quite a while discussing everything from the fact that where I was sitting was almost directly on top of where 13yo was gaming, to billable time which was what he really wanted to ask me about, which branched out to life, the universe, future plans of his, and future plans for the house.  It was encouraging to hear that despite all the sheer bloody minded ridiculousness going on at the moment, he is still cautiously optimistic about his future.

I was taking in the scenery while we were talking as I don't get up on the roof often and commented an observation: "There's a pumpkin on the roof of the chicken coop."

17yo stared incredulously at me and then looked where I was looking and laughed "Oh my god, there is too."  He then wandered over to get a photo. I don't know whether it's the pumpkins we get or where we put them, but somehow we seem to end up with fence jumping pumpkins.

And here's a further out shot for the people that like the homesteading/gardening type photos. The aquaponics setup is not ideal as J moved it in a hurry so we could build the catio and it's kind of hard to fix at the moment.  We probably also need at least one new tank.

I think we've had another gap of making ANZAC biscuits for ANZAC Day (yes I know they can be made whenever).  Normally we like to do a big batch and distribute them but we forgot about it til late in the day.  15yo decided to tackle the project when I mentioned it and I said I would come help if I was able to (I was in the middle of a lot of housework from memory), not that she needed it and it was generally safer if I didn't help anyway.  She finished well before I did but only made a small batch because she didn't quite feel like doing the maths required to double or triple the recipe. She was particularly proud of this very round one. 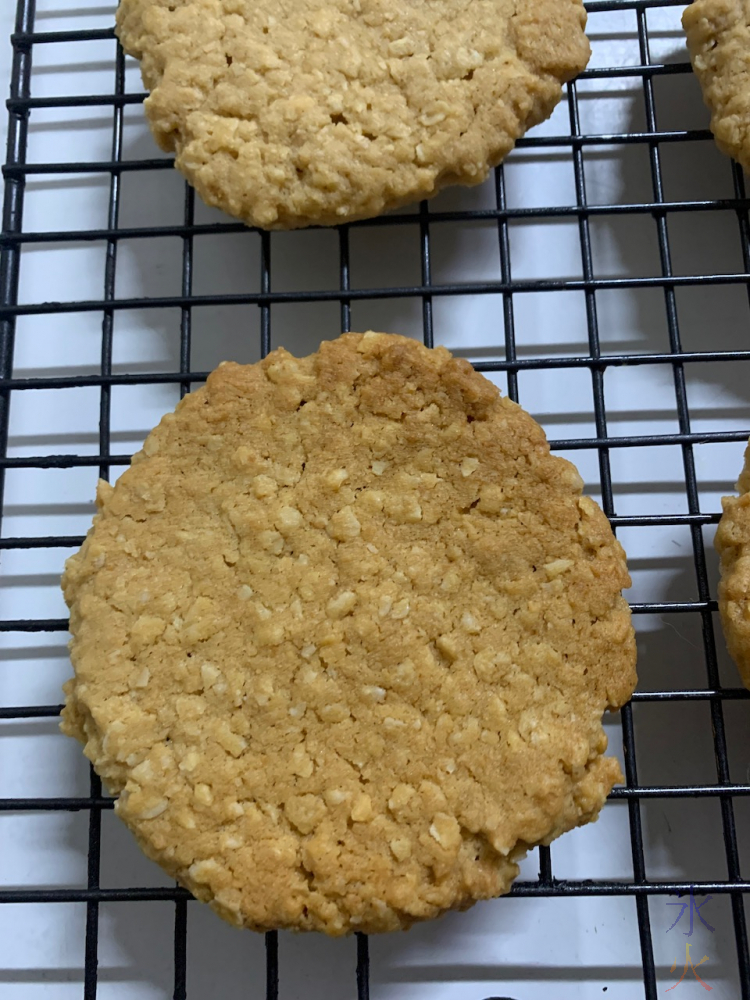 She saved a few to package up and take to one of her and 17yo's gym friends for his birthday.  The rest of them didn't last the day.

15yo has decided that she definitely wants to go to TAFE next semester doing the General Education for Adults course that 17yo is doing and then doing childcare whenever she is able to qualify for it.  So I'll have two in TAFE next semester.

I didn't have the transition "issue" that some of my friends had with kids going into high school (especially the youngest) as not that much changed aside from the decision/realisation that doing more expensive excursions less frequently would suit us better now), but I am definitely having some interesting mental things going on with the bigs moving on to the next phase of their lives with tertiary education, that feels a little bit weird.