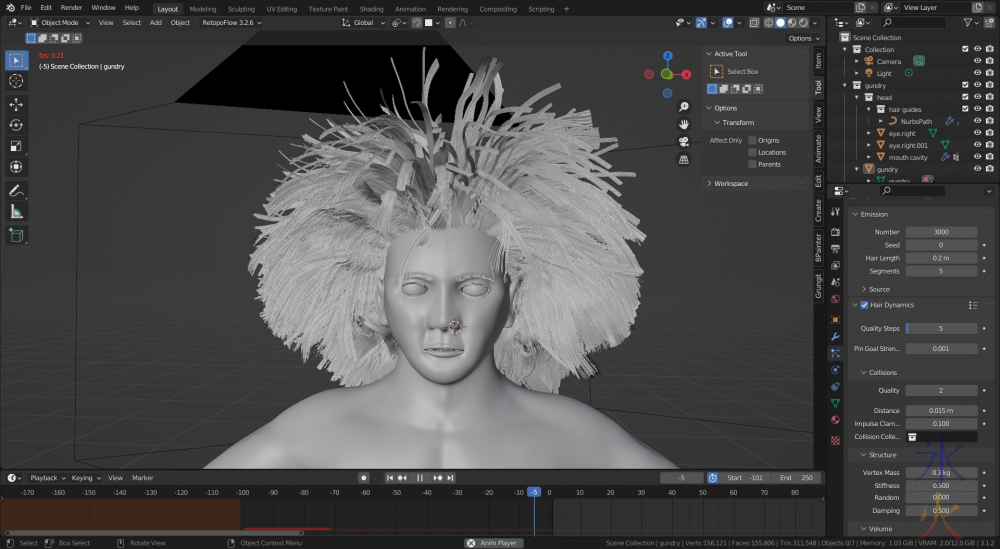 The next option was going through and adjusting all the weights for the hair guides to be blue except for the root hairs and I didn't really feel like doing that (because there's a lot of control points). Because I didn't really feel like doing that I found some other settings to play with. These were the Structure settings which got bumped down a fair way from their defaults and produced 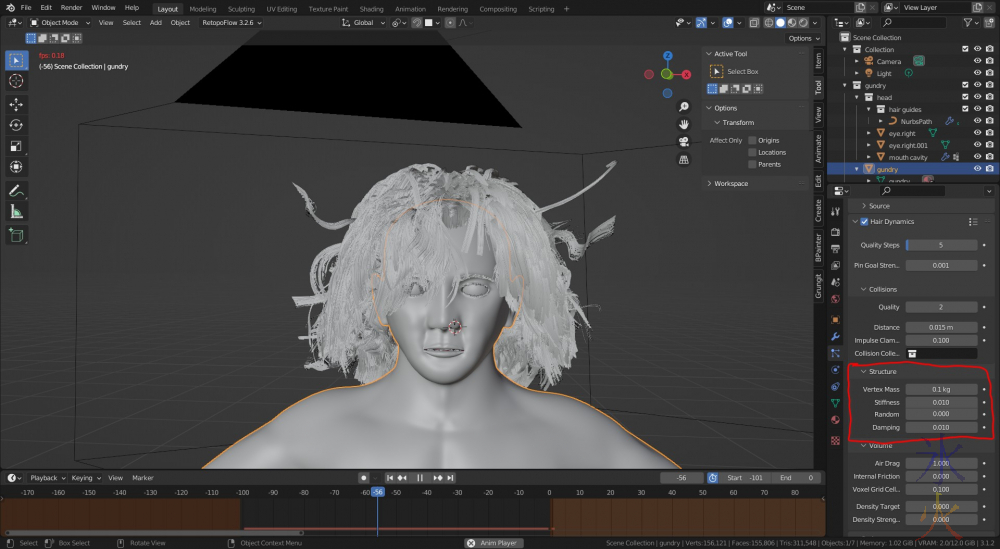 I think I can work with this.

Now I just have to figure out which edit type I'm supposed to use in Particle Edit mode. Bake from cache or whatever it's called makes the fallen version editable so I can neaten it up, however the hair completely vanishes in Particle Edit mode when the editing type is Particles which is what it needs to be on when combing hair when it hasn't been baked. As far as I can tell from quick research either of the other two options (Cloth and Soft Body) will work but I don't know if one or the other would be better for hair or if it's a purely visual difference.

What I found out a lot faster was that switching between them made Blender crash.

And there were also some other crashes which I'm pretty sure were related but I'm not sure how.

Not really anything worth showing with the Avian model, I'm reasonably certain that I have the uv map sorted now (I'll find out the hard way and fix it the hard way if I have to I guess). It hasn't changed from last time, I'm currently trying to work out how to manage feathers.

I had a rare decent session with the tattoo (rare because it's kind of tedious so finding focus can be difficult) and got half the wing done in one go. 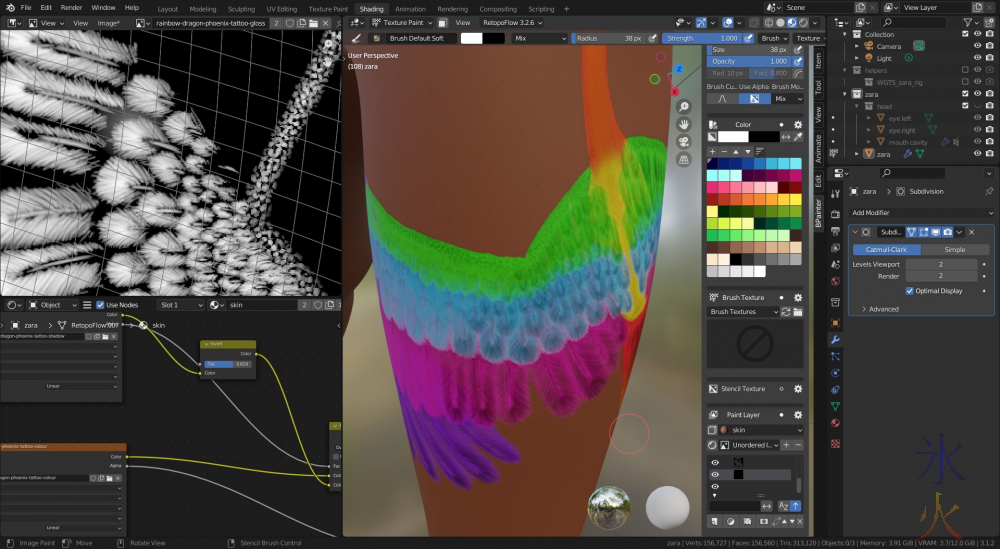 Hoping to get another decent session in tonight (though I'm kind of really running late on that front as a few things came up).