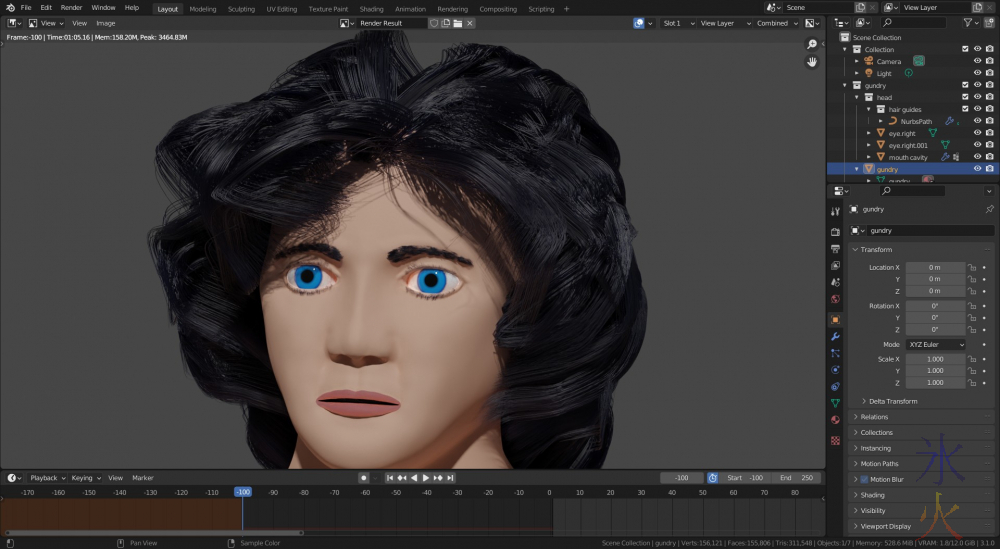 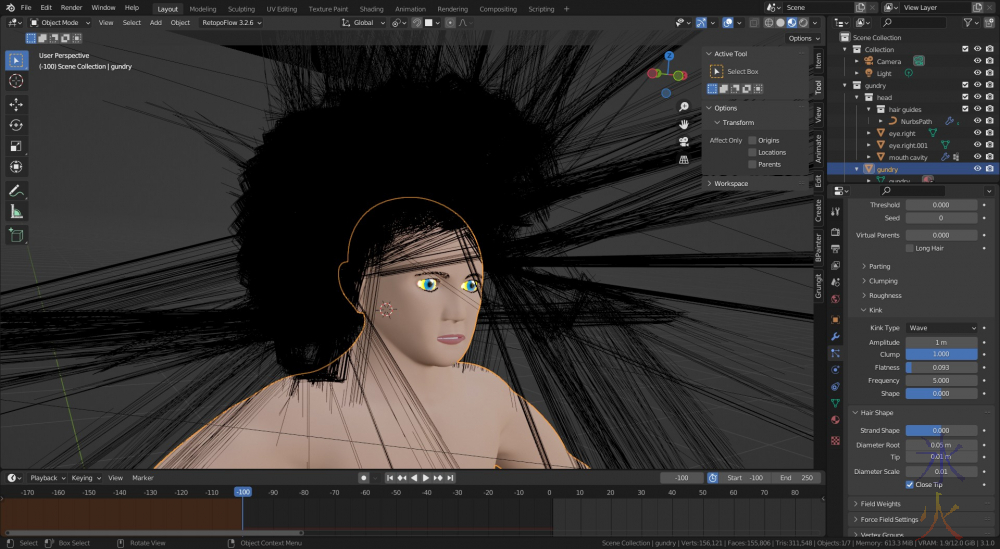 So it's generally a good idea to hold shift (which scales everything up so adjustments are a lot more gradual).  Then I have these issues of why is it like this and why are there random patches of hair. 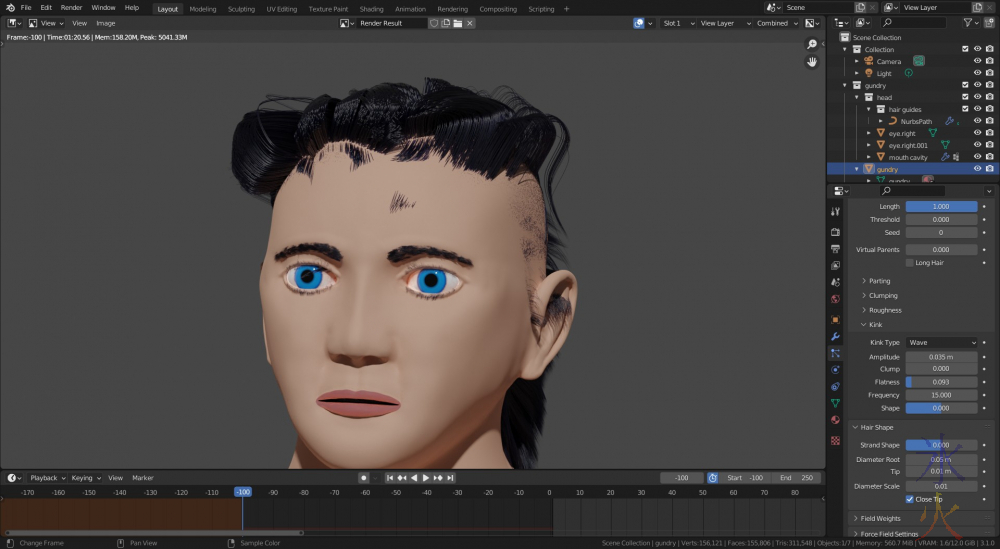 Or why it looks like it should work in particle edit mode but in object mode it looks completely different (with or without hair dynamics). 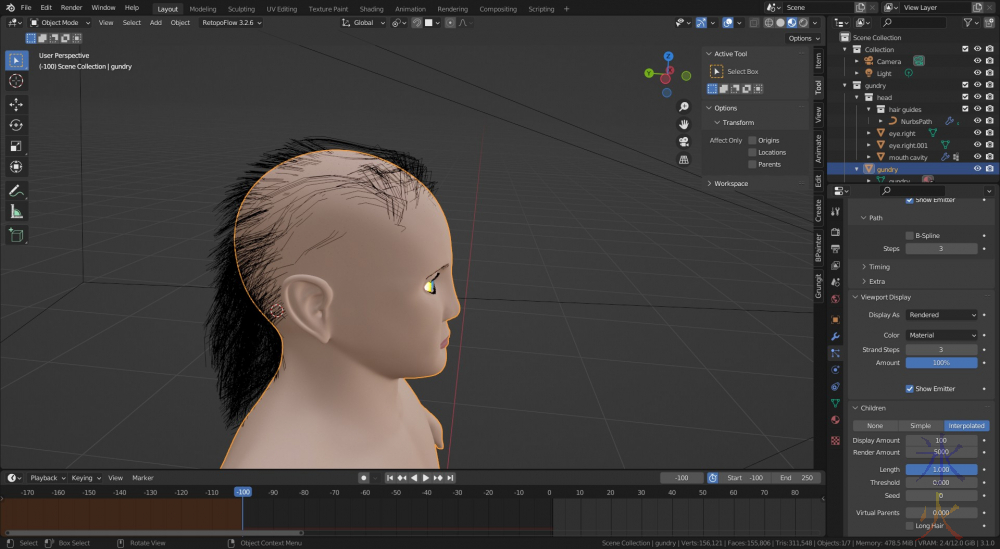 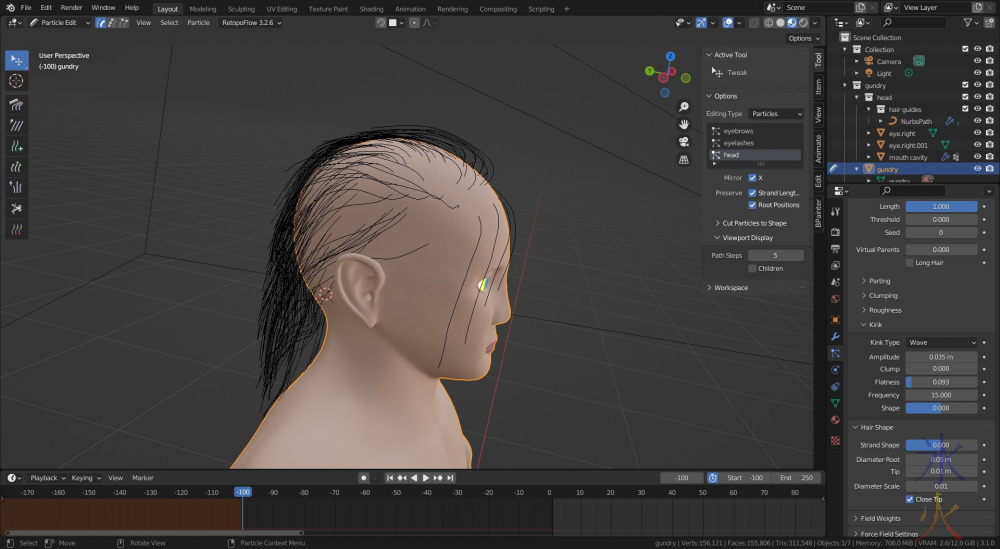 Yeh so remember how I was mentioned the modifier stack in the last progblog and how things would be fine with the hair as long as I didn't have to mess around too much with it? Either the particle systems need to be on top (but under Armature) or all the display settings need to be the same forever (I usually have viewport settings at 0 or 1).

The other fun thing I learned was that it's generally a good idea to use vertex weight maps for at least density. Even though I had full strength white in my texture map, I wasn't getting decent head coverage unless I used a LOT of emitters (I was up to 100k before it started thinking about looking okay and this was still with a LOT of children each).

The weight maps doing the density and the texture maps making the shape a lot nicer than the weight maps were going to get with the topology I had worked wonders. 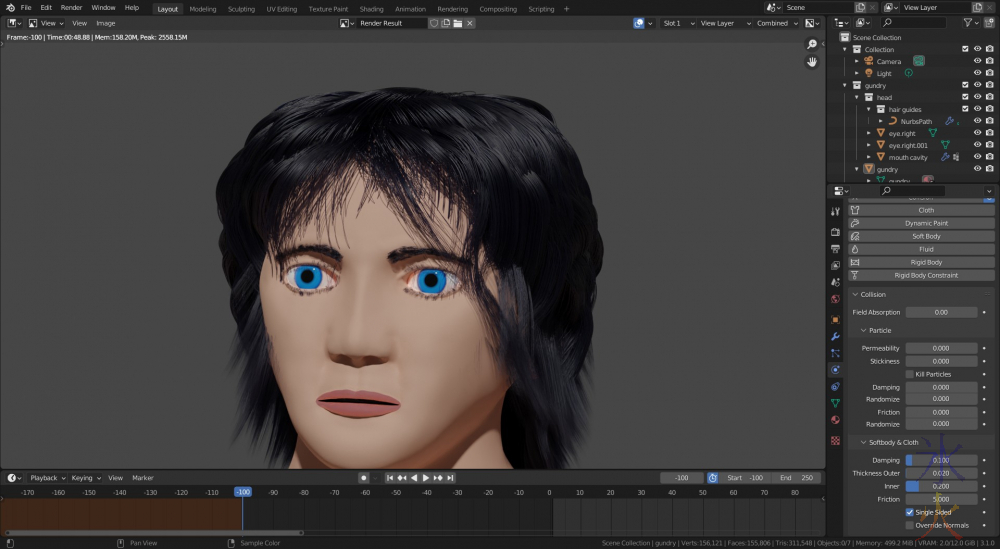 I will probably need to add more emitters (this is with the default of 1000 and default of 100 child hairs) as it's a bit sparse up the top which is why the top is so flat.  And now I just have the usual problem of the child hairs are incapable of collision and I don't know how to fix it (I can't actually fix it as it's a Blender flaw, just have to figure out some workaround til new hair system drops).

The other thing I need to remember is to brush down first and then back, it works better than the other way round.

Meanwhile I thought I was further along on this thing than I was. 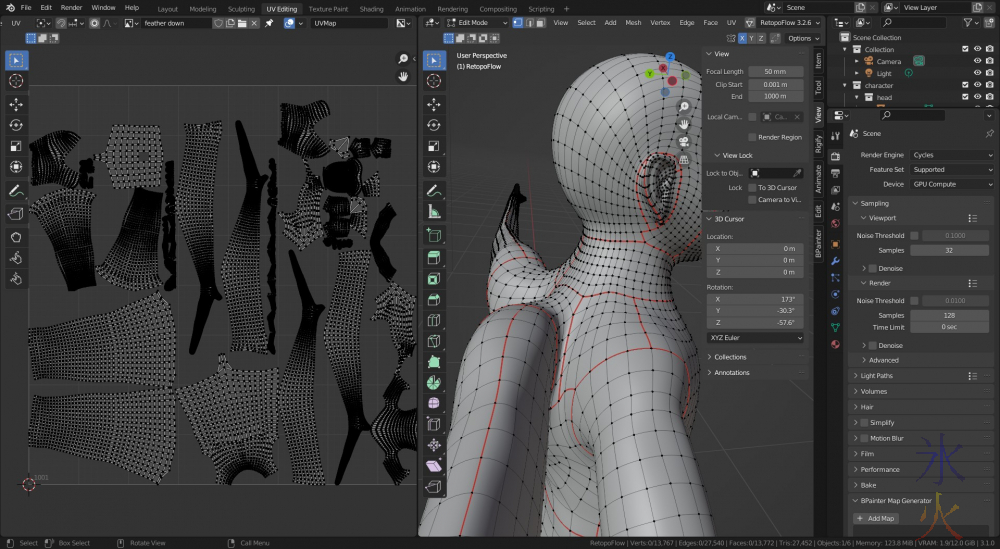 Needed to make some extra seams along the wings (I don't know how I completely forgot) which reset the positioning to the first tile (it was mildly inconvenient but I had forgotten to pin them and I needed an extra tile anyway) and then there was some epic battles with symmetry (they did get resolved, but of course I found out when packing and moving islands).  The bits between the two sets of shoulders are really, really, really hard to get flattish (mostly because of how I ended up doing the retopology, it's a bit dodgy) but I don't think even my Maori characters have got tattoos around there.

It doesn't sound like much but I suck at unwrapping so that took way longer than it should have and I didn't end up nutting out the feathers like I wanted so that will hopefully be a mission for this week.

The tattoo continues to plod along steadily with the infilling of the left wing.  I'm telling myself it's a 2d drawing so I don't get obsessive about symmetry. 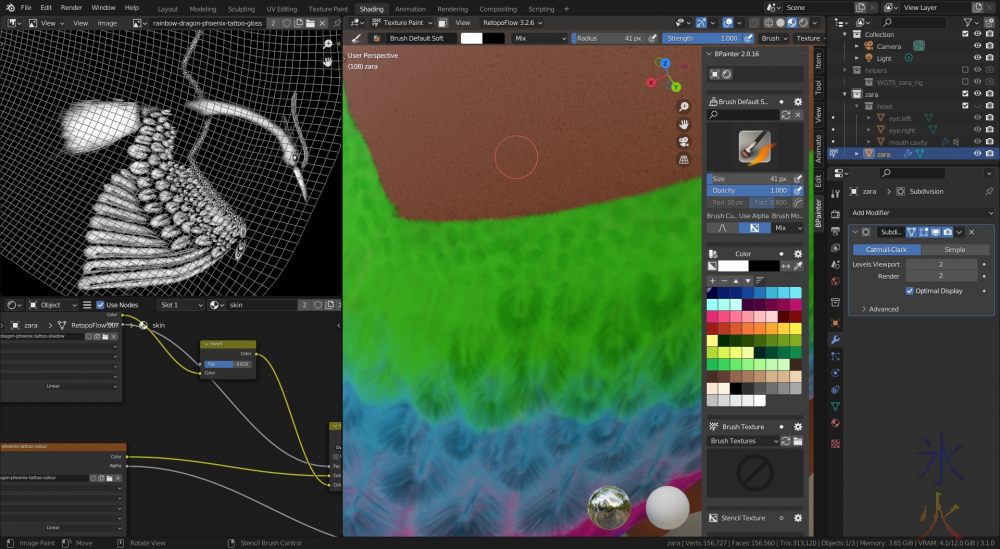 As per usual it's taking longer than it should because it's so incredibly mind-numbingly tedious and boring that unless I'm in a meditative or otherwise able-to-focus mood, I'm bouncing around a lot between it and doing some other things that need to be done (some of them probably could be done relatively quickly if I would just sit down and do them but most of them are things that will take a while, one of them being sorting through the photo library x_x).