I'm on the third week of using Obsidian for a lot of things including organisation and I've worked out that the schedule I made for myself at the beginning of this year or end of last year or whenever it was does definitely work, it's me that's the problem (so about the usual).

I also kind of want to investigate what will blow up if I add markdown to the techno editor to make copypasta easier. But for now I have a plugin for Obsidian which copies markdown to html so moving the text is easy and it's just the images that require a bit more extra work (actual uploading for techno, and copy link or in the case of collages, screencapping for hive).

I didn't end up doing much on UASG because I was too busy writing roleplaying notes. Sunday was a lot more productive. Gundry got the default Ocean eyes from the CW Eye add-on 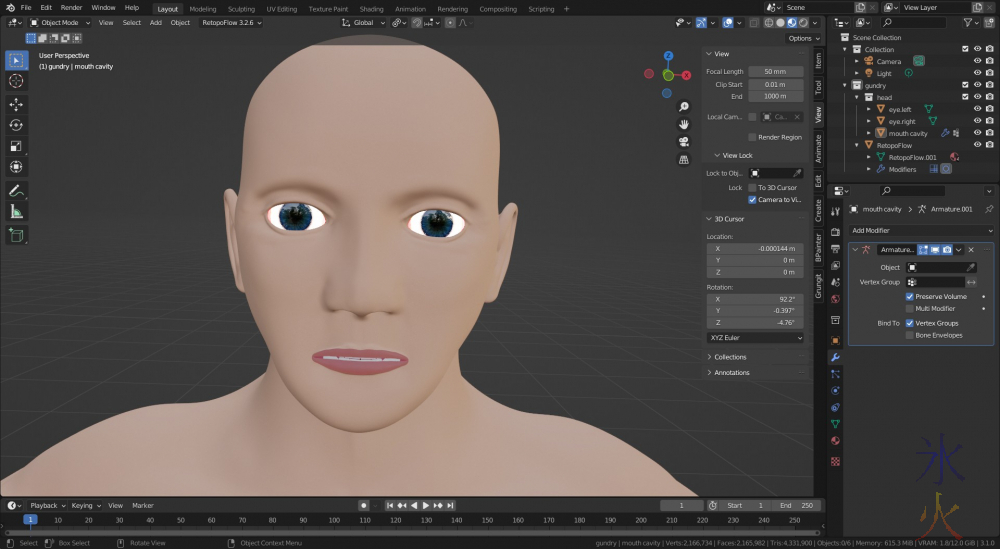 which can be changed if they need to be changed, but he has blue eyes and they're pretty blue eyes.  I think I made them more icy in the concept art I did.

I also hacked his arm off and feel bad about it. 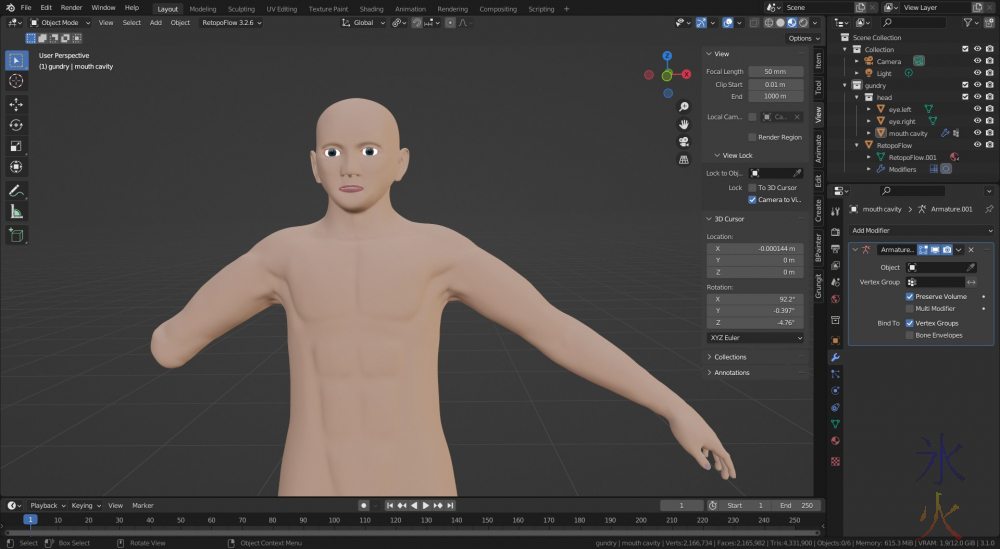 Got some neatening up to do around the nails and may also have to fix up around the feet and ankles (on the one hand I'm trying not obsess too much about it as I'm pretty sure he'll be wearing boots most of the time).

I guess I'm going to have to find some paint and take the chain outside now.

I should probably rig before I get more involved with texturing and hair and stuff, though I'm reasonably confident with this model.

The tattoo is ongoing. 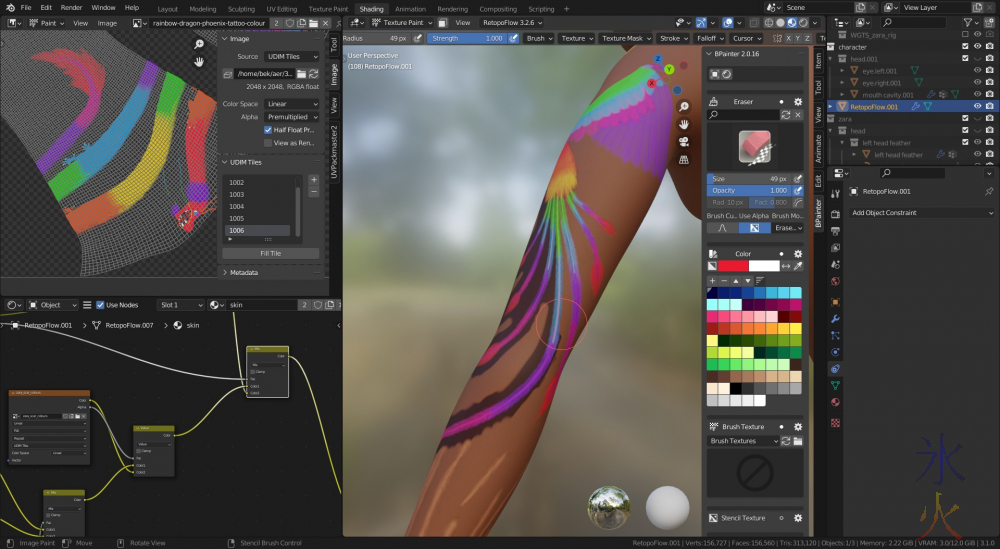 Still not sure whether I should just be completely redoing the barbs or not but I guess I'll find out when all the black is gone.  At this stage I think it will probably be fine x_x

I'm working on finishing the Avian base model, the wing retopo is nearly done. 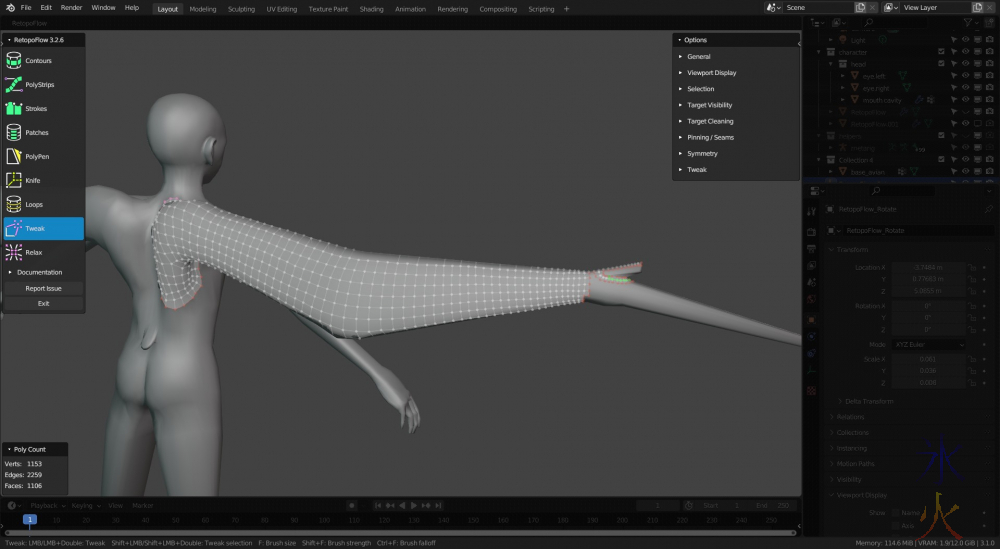 I'm building on top of the old model, the new one is hidden.  This wing will then be mirrored and both will be welded on.

My next mission with this one is to try to figure out whether I'm going to do particle feathers over the whole thing or just for the fluffy feathers on the wings and polygon feathers for the primaries and secondaries.  I'm going to try the particle feathers first because they look nice, they're just extremely heavy in the viewport and take forever to render.  Maybe the way I'm trying will be lighter.

I also need to decide whether I'm going to do the crest as part of the default base or not.  Currently I'm inclining towards yes as I am pretty sure I know enough to alter parameters for large crests and smaller ones (most of the Avians have got needle feather crests but some have full feather ones).

There is a small part of me that kind of wants to figure out doing sliders for parts of the chargen but the rest of me is very much no (partly because I would struggle with variation then and mostly because I don't want to get stuck into coding).

There is also a small chance the steampunk game might get rebooted (it stopped initially because the GM needed some time to try to work out where to take things and then apparently he managed to lose his notes somehow) which would be nice, I like being a player sometimes and that was a fun game.