Happy I Love You Day!

I spent Thursday to Sunday not being able to concentrate on any one thing for any length of time and just incrementally advanced a lot of things instead.  I don't know whether I feel somewhat accomplished at getting some work done on a lot of things or deflated because nothing feels done "enough", but it's a known thing that my idea of "enough" is actually unrealistic (at least in the timeframes I've got).

I finished Gundry's hands and felt a bit lost and confused (which is very normal when I actually finish something because I've been so all over the joint lately). 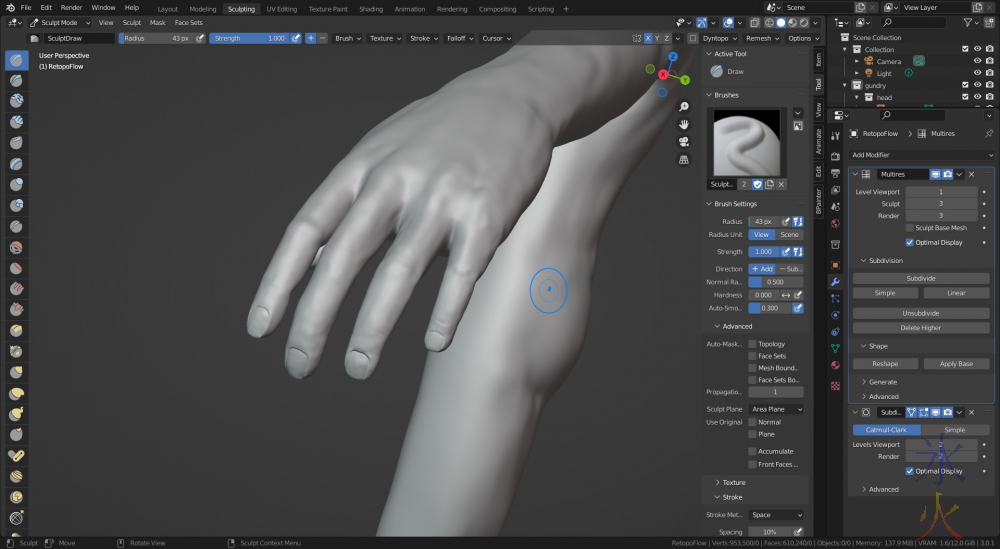 Then I moved to work on his feet partly for the sake of completion and mostly because I have exactly no idea what kind of shots I'm going to be needing, as at this stage I'm now not even sure if we're still making a game, a game AND an animation (!!!) or just an animation (this was extremely briefly discussed one roleplaying session) or any of the above. 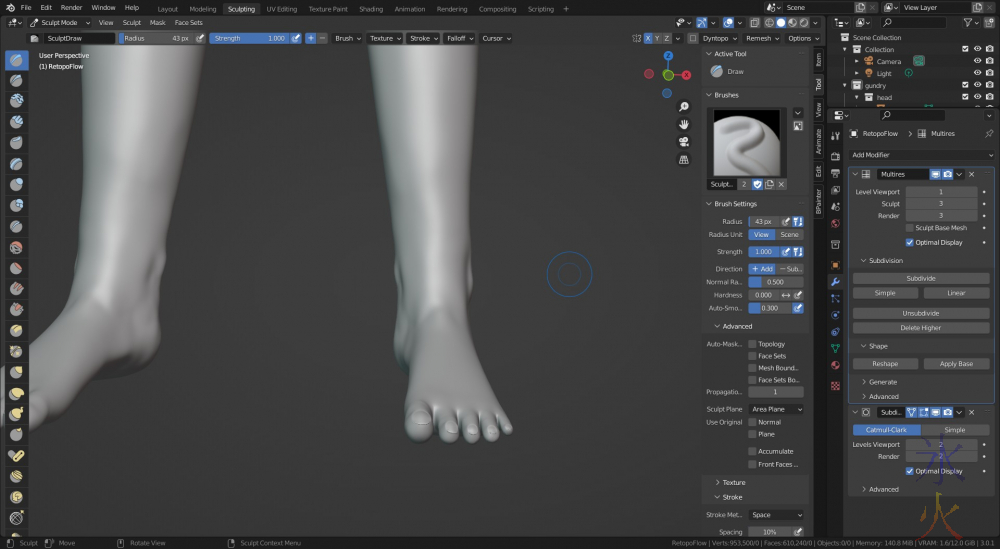 When done sculpting I'll have to do some Edit mode adjusting to correct his proportions (which I didn't know were wrong until after I'd sculpted, that's just how things roll sometimes).  Then he'll get hair put on and get rigged and tested and then have clothes and stuff made. 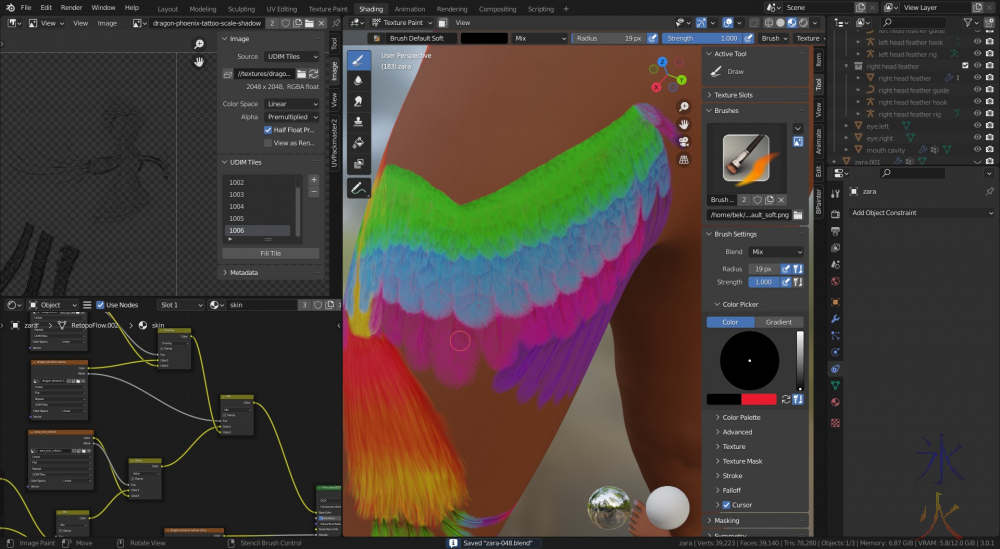 Now all I need to do is remember how to add another layer/image and do the gloss map (which will HOPEFULLY go quicker now that I can actually see what I'm doing relatively easily).  Now I wish it would be done after that so that I could move on but I need to burn the image to the new and hopefully better uv map that's on the hopefully better base model and fix the horribly low res/distorted bits.  And while I'm about it I will probably fix the normal map too (by using and baking the multires modifier like I should have done the first time if I hadn't forgotten that that particular modifier existed).

You know what I might just try burning and fixing it first and doing the gloss map after.

At least I got some knowledge and experience for the whole pile of aargh? 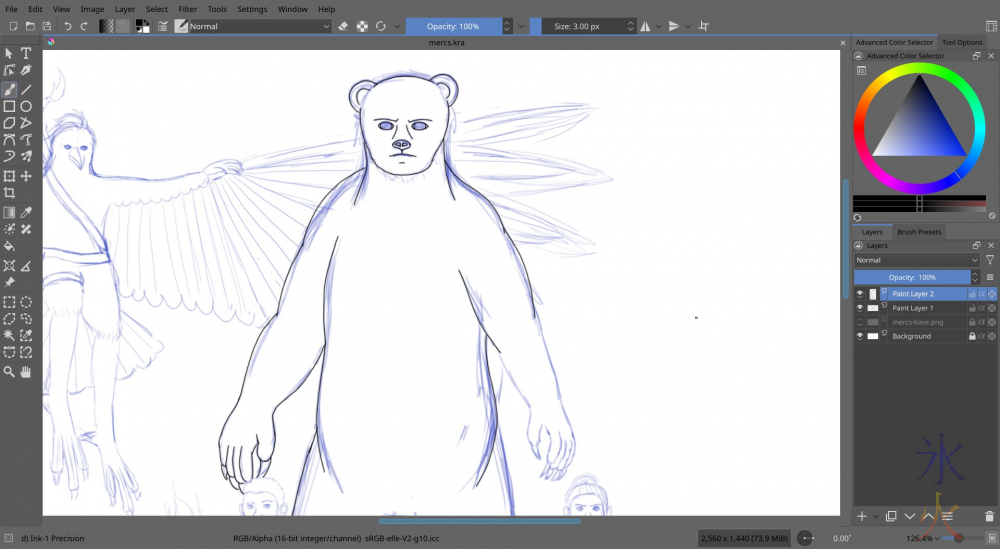 It's feeling somewhat out of date as the bear is temporarily out of action and the fae is crippled (hard fight last session, 17yo indicated he wanted to retire the bear as he felt it was too powerful and try a new character but this was vehemently argued against by the other players, all of whom love the bear, I was intending on hibernating the bear but this worked out just as well, and meanwhile the fae attempted to blow up a werewolf at close range with some highly flammable toilet hooch and succeeded, also succeeding and blowing all the skin off his arm, 13yo has opted to play crippled rather than bring in a new character).

What's going on with roleplaying:

At some stage (probably after finishing Modern 2, but I'll see how I go with the npcs and story development for the current CoD game) I'm going to finish converting Changeling: The Dreaming and then convert the rest of the changing breeds starting with Hengeyokai because Kitsune are my favourite.  And I suppose I should probably test the conversions at some stage to make sure they're not actually completely broken x_x (so far it's working fine in my head).

I might try to squeeze in sketchies for major npc portraits and try to actually do maps of major locations.  The maps thing was something I definitely wanted to do for Mercenaries and Vampires but kept...not doing (if we needed visuals for an area for complex positioning we would use dice and whatever else was on the table at the time x_x) so I'll see what actually happens.  Given all the nonsense I'm up to I refuse to feel bad about it for a change.