I think the schedule is working so far, it's just silly things like my general refusal to go to bed at a reasonable hour and general annoyances with youngest refusing to go to bed on time that's throwing spanners in my works now, in the form of "can't concentrate for the entire allocated time block".

Now occasionally weird things can happen in 3d either then I'm in the process of building something or when I walk away from a sculpt without really looking at where I stopped.  So after last night's work session I stopped at some point and went to bed and came back in the morning to 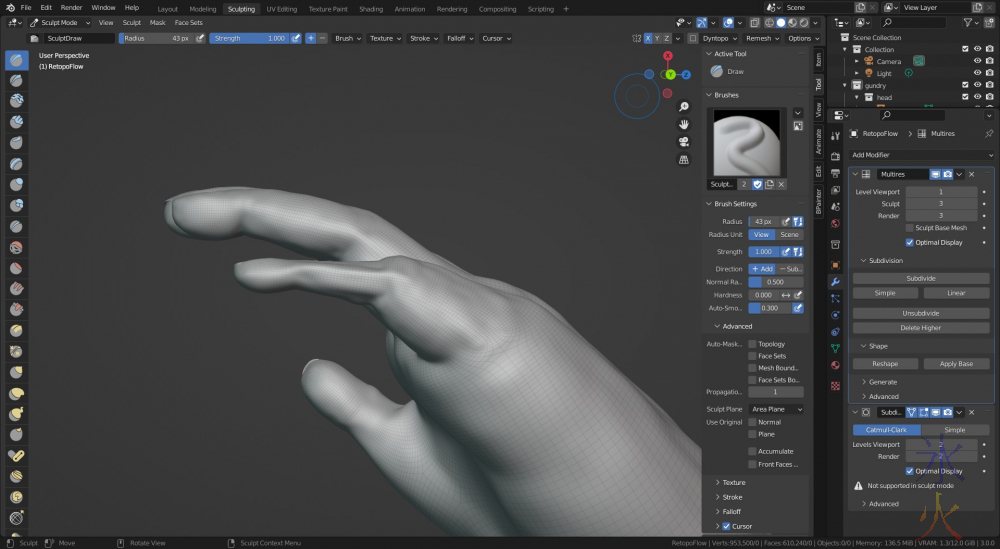 Some progress finally happened on Zara's tattoo as I think I found all of the green feathers. 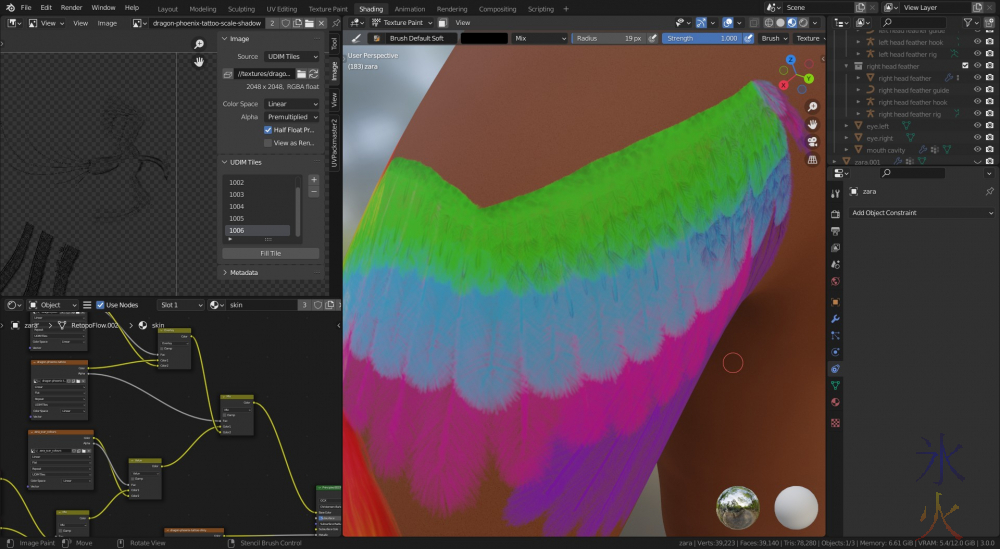 The blue feathers are a bit easier to pick out so hopefully there will be faster progress next time those work sessions roll around. 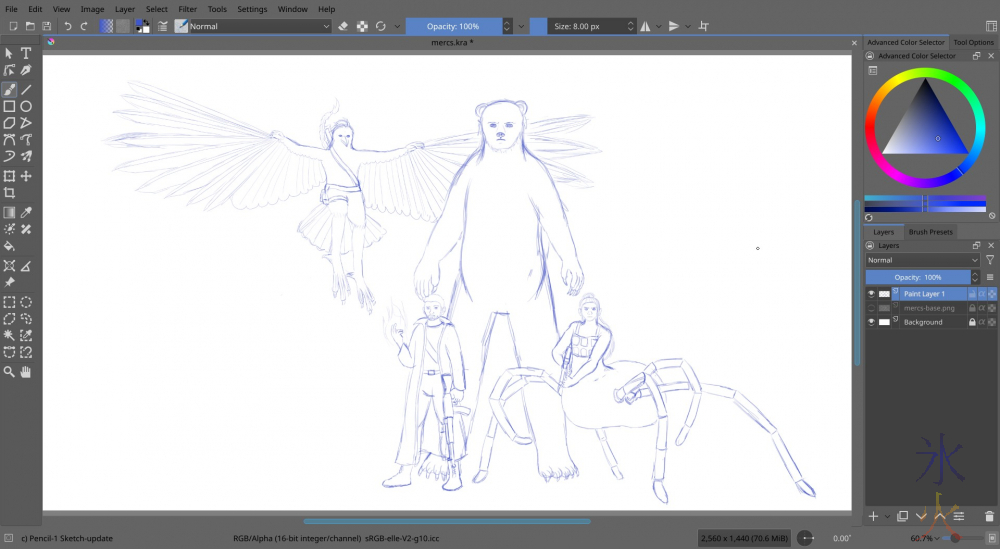 just in time for 17yo to decide that he didn't want to play anymore.  So I've decided his character is going to accidentally put himself into deep hibernation while practising biorhythms so he has the option of coming back later.

I'm also now going to be running 3.5 games on the weekend, but the third one (which I'm running for the youngest child of a friend who really wanted to join in the second game but after a chat we thought it might be a bit too violent for him) will be mostly improv so am pretty sure things will be fine there.  I'll be running that one before the "main" game with my usual players and two new ones (older siblings of the youngest child).