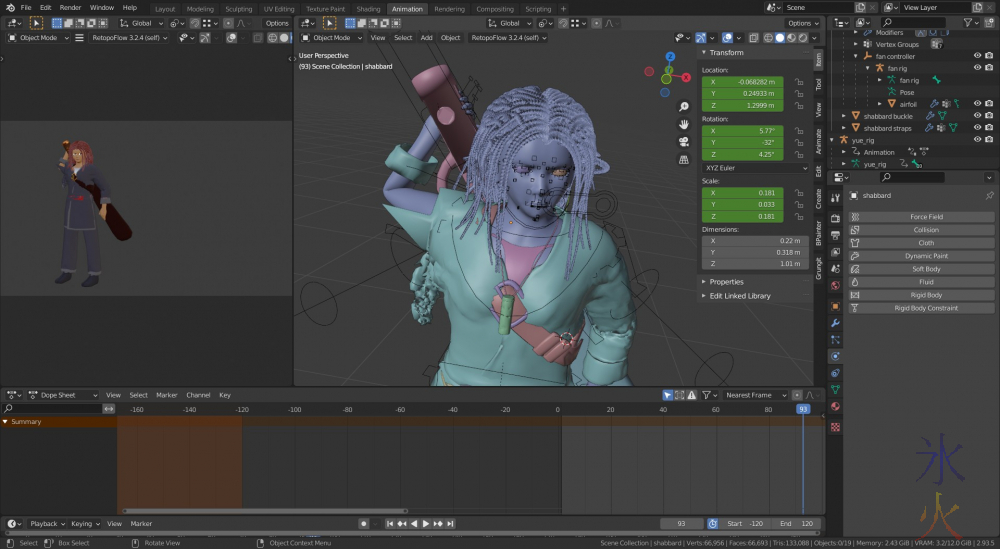 I rarely get a good look off the bat with physics but I always have to try.  The hair ended up being a relatively easy fix (as far as I can tell from the very quick test I did before switching projects), I had to reduce the collision detection distance.  I haven't done layered clothes yet (last time I did cloth was with Zara wearing a croptop and flowing pants) and my first attempt (setting each piece up with collision) was a bit of a catastrophic failure so my next option is just seeing what I can fix in particle edit mode after running things as there is a cloth option in there that I have yet to play with.

I think this is going to be my stuck point for a while as I try to get the cloth working out nicely, though after going back and forth with the GM and neither of us really knowing what to do, I checked with JJ and he agreed with my guess that maybe the physics should be done on the game engine side if the GM wanted to do interesting things with the environment, which means I am probably done with Yue as far as getting her ready for the game engine goes.  I am going to keep the higher poly model and keep fiddling with the physics for no other reason than I want to animate.

The GM suggested I install the game engine so I could mess around with it.  I may consider doing that just to see if I need to split everything out into its own object or if the game engine is smart enough to do that on its own seeing as it seems to take a .blend file as a resource.  I warned him that if I see one line of code I will probably run screaming.

My main project is still not really moving. 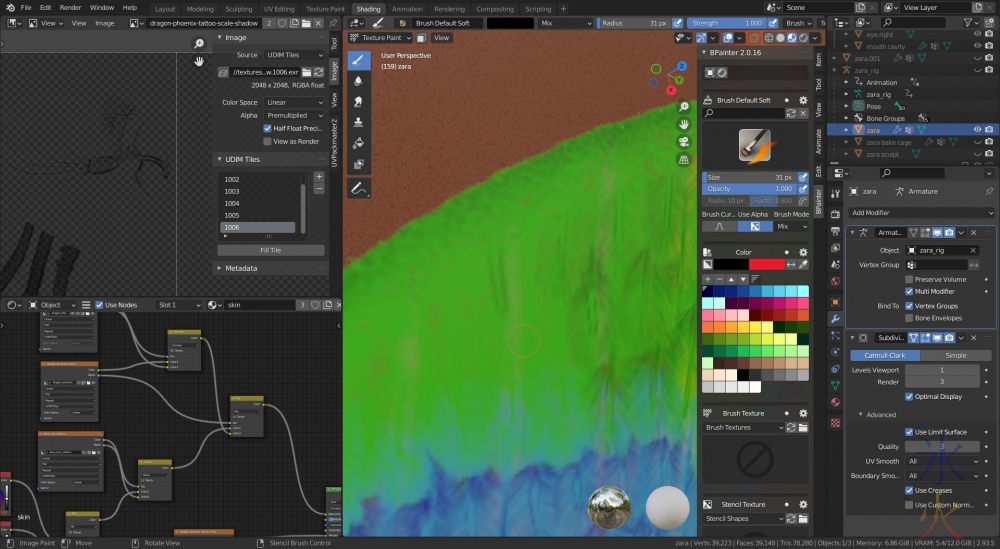 Part of it is me being severely out of whack, part of it is it's incredibly difficult to work on because it's really hard and tedious and hard to see and I'm super paranoid about picking out the wrong bits, and the rest of it has been random stuff cropping up and spending way too much time on another WoD chapter for my young players (one of them is reusing their character, the other three decided to make new ones, and a new player joined).

As much as I love roleplaying, GMing is dangerous, time sinky work, and even moreso now that my rust has fallen off.  I may or may not do session writeups on the offchance there are more than two people interested.