October ProgBlog #2: the stupid things I do

I still do too many stupid things to count.  This is just one of them. 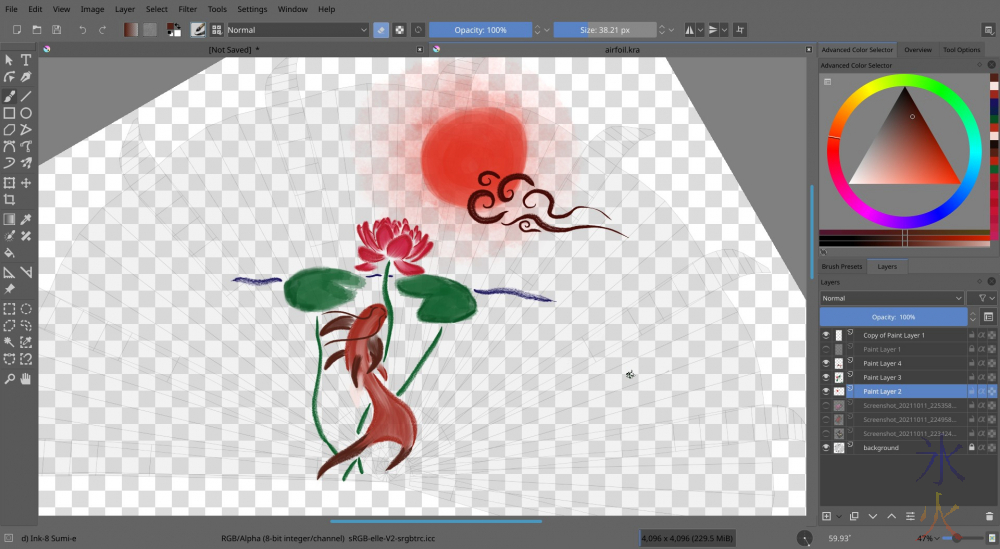 No not that in particular, that's just my attempt at approximating Chinese brush painting (I have exactly no idea so I watched some tutorials, and I still have no idea).  The actual stupid thing is this. 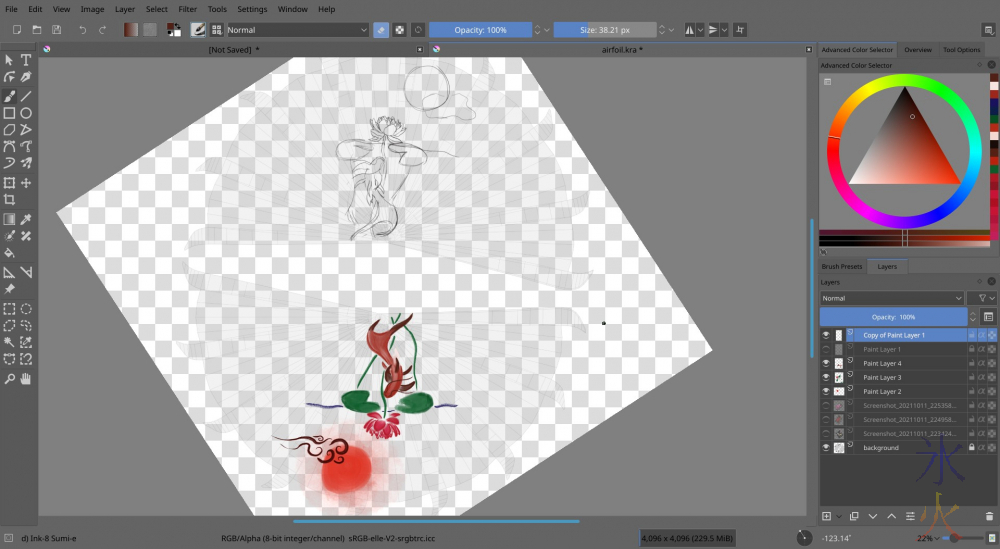 That at the top is a copy of my rough sketch (the original has been turned off on the upside down one) and I'm going to repaint it.  Because Yue's airfoil has the same design painted on both sides but as they would have been painted independently rather than the cheat way of just rotating the image like a sensible person would do, that's what I'm doing for accuracy -_-

The airfoil is undergoing refinements. 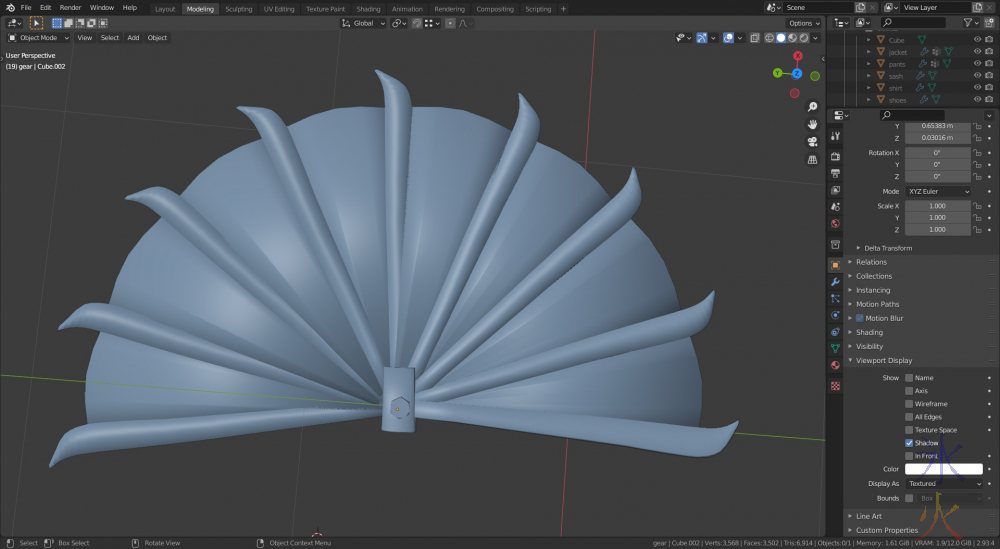 I'm currently neatening up the vanes and the brain is still warring about anime vs practicality (I don't know why it's bothering as realistically this thing doesn't work at all for what it does in game to begin with).  The outermost right rib has an edge and I'm currently trying to work out handle mechanics in my head, I think I've almost got something sorted (so that handle bit that's there now is unlikely to remain quite that shape).  This entire model is probably a bit heavy (currently 3502 faces) probably mostly because of this screw 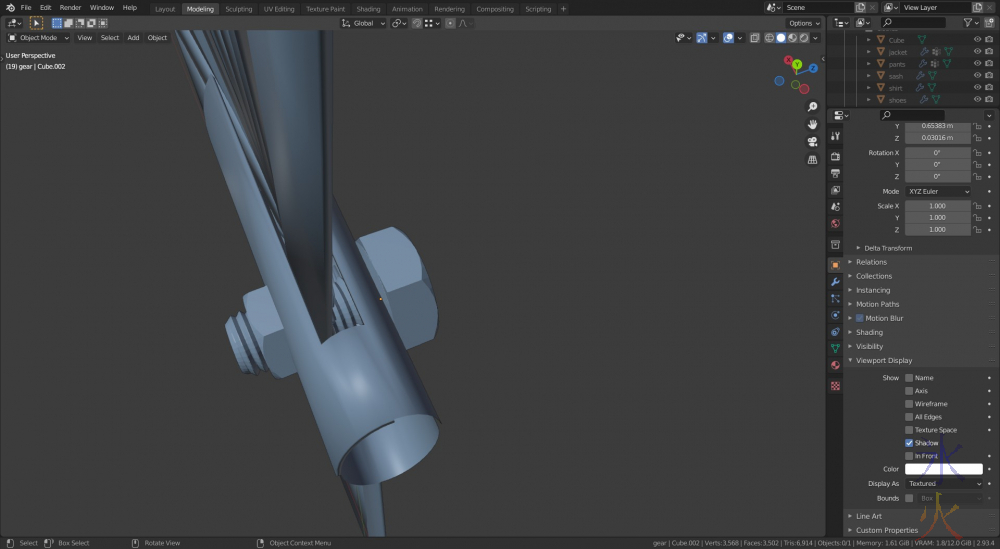 which came from the BoltFactory addon (there's supposed to be nuts as well but I can't find/missed it, so duplicated the screw head).

On the AER front, the phoenix tattoo flats are mostly done, I just have to do the alulars (which I put guides in for and then completely forgot about) and then it's the rest of the shadow (which I have started) and gloss. 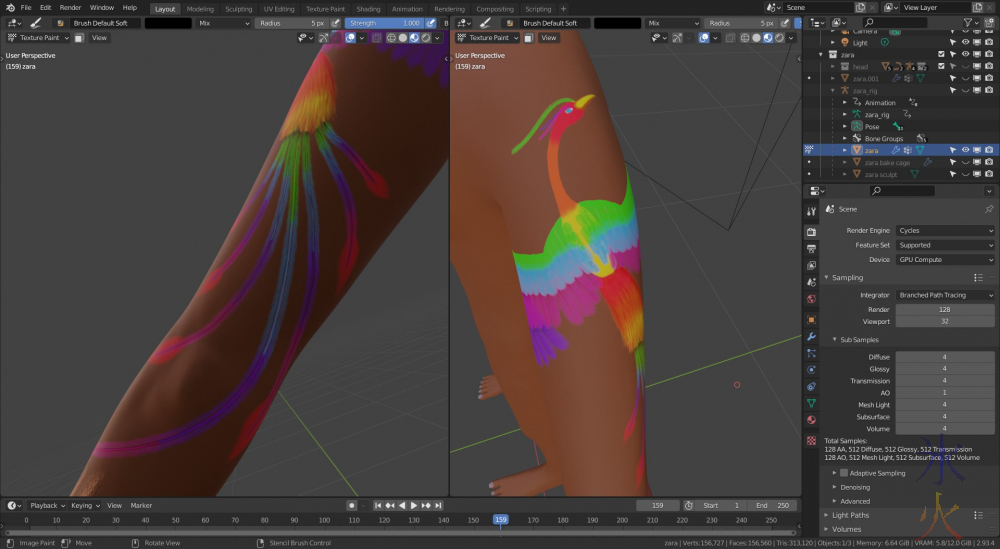 The good thing about taking on UASG is that I can test out my character workflow as Yue popped out pretty quickly.  I have to fork the character and make some modifications to try to reduce potential problems for game engines then do some rig testing and maybe some animations (I don't know what if anything the GM wants to test with, probably will have to start thinking about movement cycles aaaaaaahhhh I hate those too, I might see if I can squeeze in something fun while I'm trying to work out dynamics) and then it's onto Gundry.

I will have to redo Zara and Red again with the improved base models (aaaaaaaaaaaargh) but that particular redo should be a lot quicker as I should (theoretically x_x) just be able to burn all the existing maps onto the new models.  I'm definitely going to be a lot happier when I can do a test anim with those two and then move on to more characters.

Looks like one more busy weekend and then it should calm down for a while, and I  might even be able to stay in bed for a reasonable amount of time.