I accidentally spent the entire week on UASG (or to be extremely specific, on those freaking dreadlocks >_<). 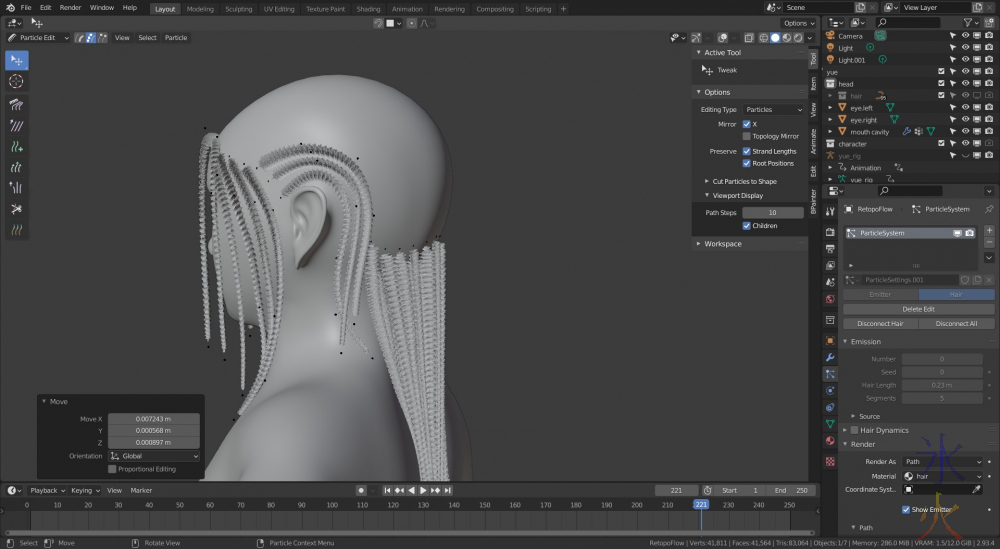 I thought I'd be a smartarse and lay out the curve guides first (which I think I mentioned last progblog), and then followed up with experiments on whether I use the particle hair controls or the similar looking controls on the curve guides themselves to do the dreadlocks.

The curve guide controls couldn't get values as high as the actual particle hair settings so I used those instead.

And then I realised that to get it to look how I want, I was going to have to do every single dreadlock manually.

So I started laying them out and trying to save myself work later by doing more earlier and lining up each curve with each dreadlock, and incidentally this is why it took the entire week, because I knew that if I left this for too long in the middle of doing it, I was going to forget what I was doing (especially as I was already forgetting what I was doing while doing it x_x).

I don't remember what went wrong, just that something did, and so there were a few iterations playing around with the settings (of which I'm only including one sample because I'm too lazy to trawl back too far into previous versions to see what hair settings I had saved) before I arrived at the one I'm using now. 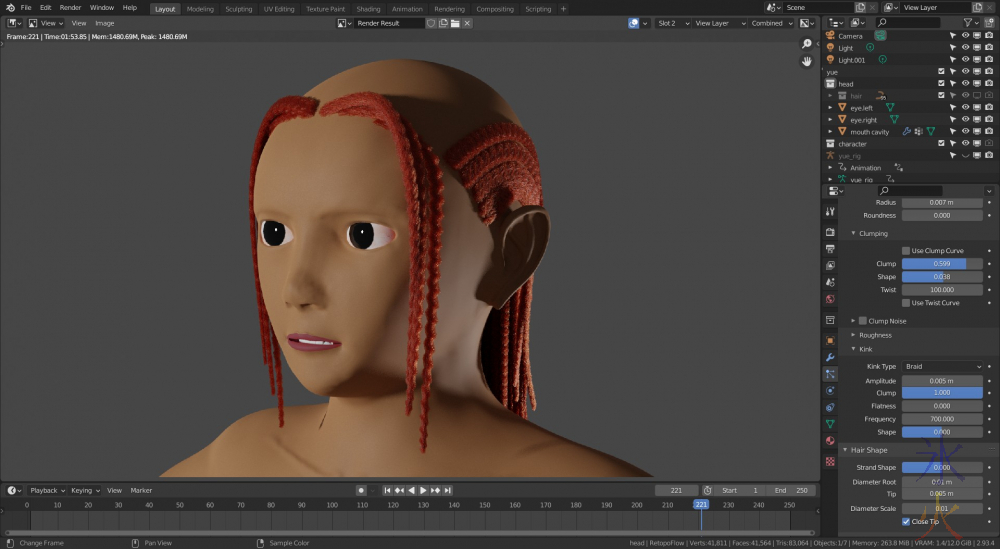 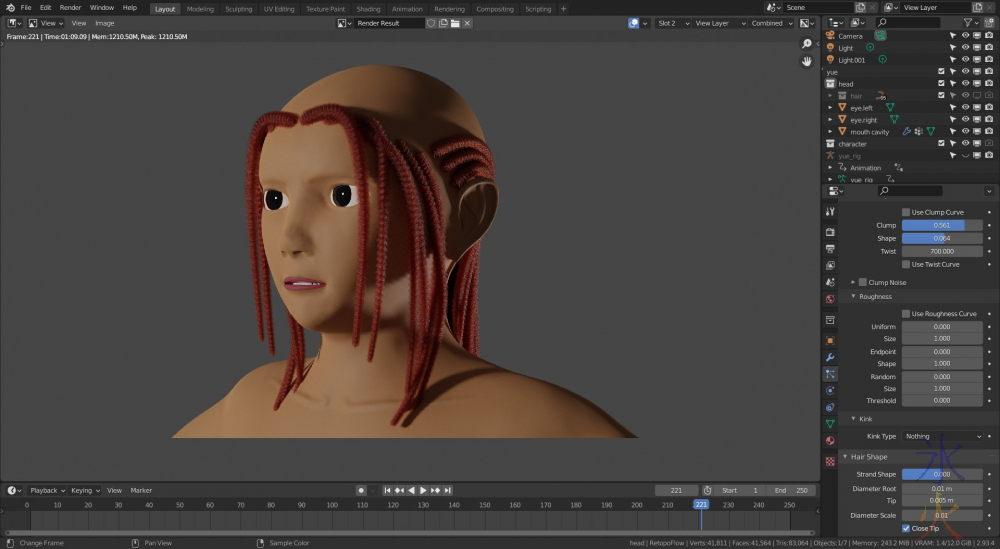 Then I found out the interpolate option was working a lot better than I remembered so I used that and was feeling pretty  happy about placing the dreadlocks a lot quicker (requiring minimal adjustment as rather than being placed like a porcupine quill). 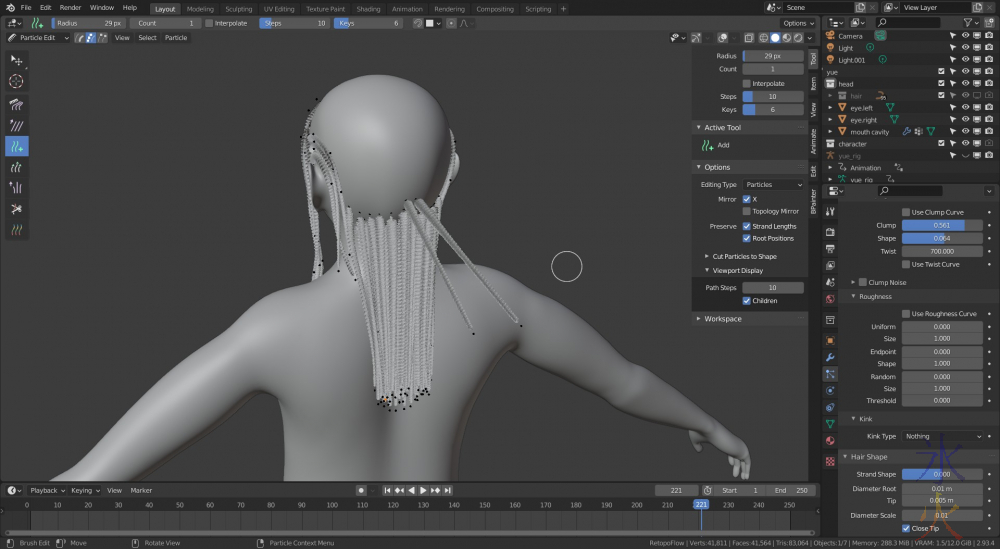 However as I was getting to the crown (where I have the most trouble with hair) I suddenly realised (thanks to noticing how short some segments between control points were shorter than they should have been) that the interpolation setting had been a little too good at its job and was interpolating some strands a lot shorter than they should have been, so I'm back to placing and manually adjusting the strands once more.

It's going a bit faster now that I have some idea of what I'm doing and where I should be spacing but as per usual I'm extremely irritated about having to redo things. 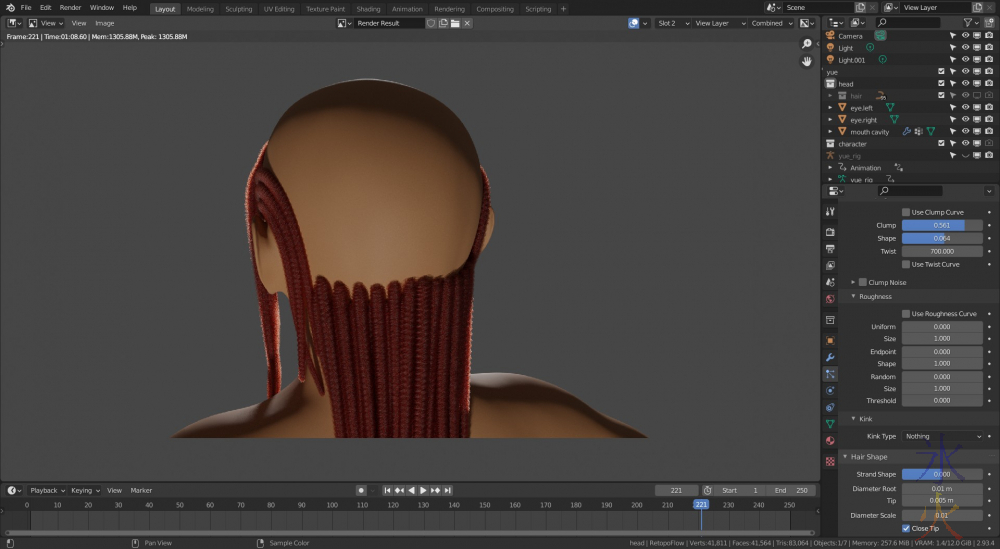 On the bright side unless the GM or one of the other two players springs more dreadlocks or some other complicated updo on me this is probably the most annoying hairstyle for this project and now I know how to do Dak's dreadlocks.

This is probably technically a cut scene model with the particle hair, unless whatever game engine the GM is using is capable of handling particles or bakes or whatever it is I need to hand over when I'm doing the animations I'll have to figure out polygon hair but I really don't want to think about that right now, I hate polygon hair.  I'm not-so-secretly hoping it will be like everything else and I have less trouble with it than I have in the past (in the past there was so much trouble with it that I hate it and never want to do it again x_x).