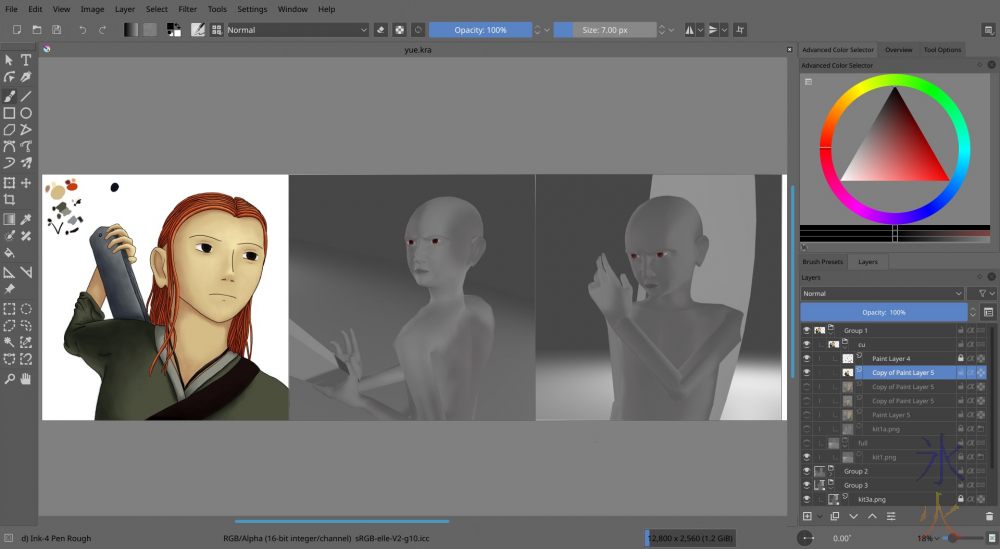 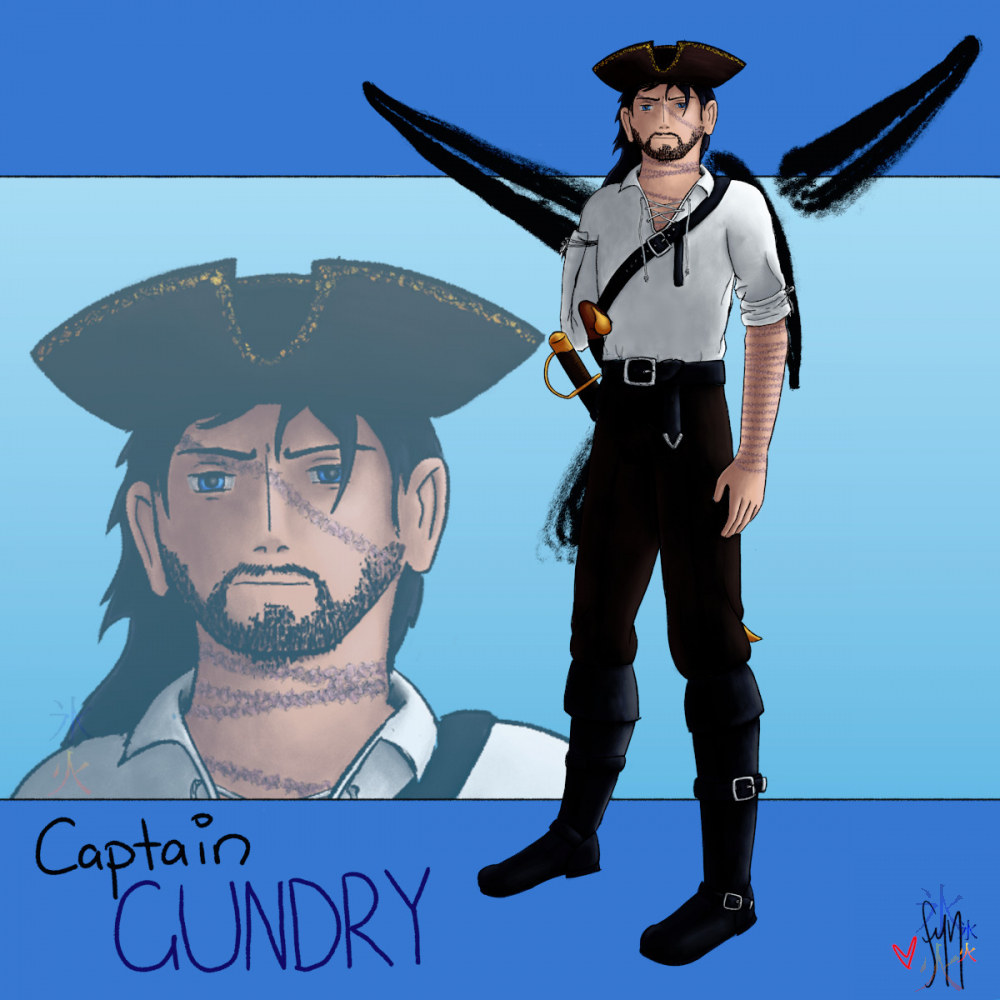 and mostly because I'm hand drawing the dragon scales -_- 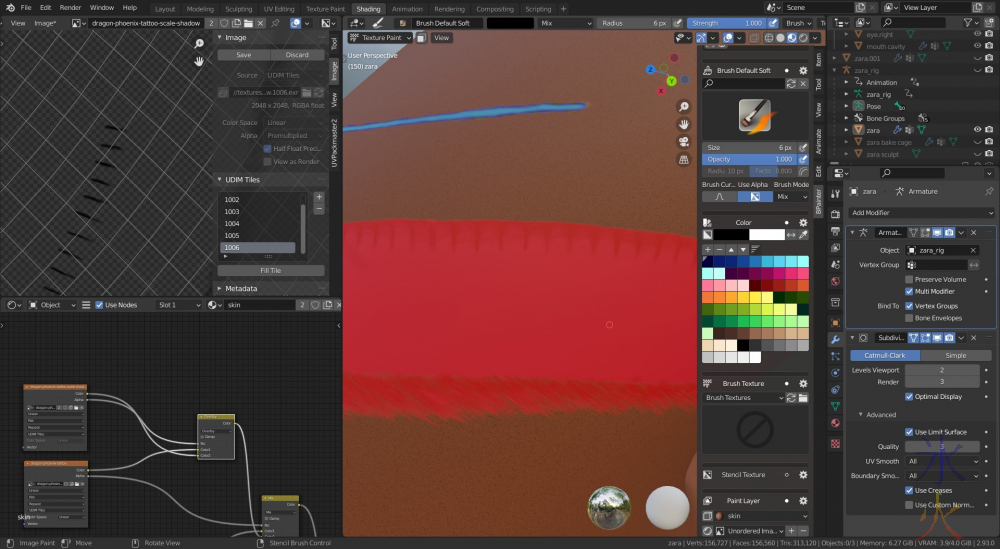 and then got bored so ended up doing the entire spine/mane/fin/I don't even know what it is anymore.  But I'm still angsting about whether the purple mane is okay as is or if I should be making it a full face beard as a lot of the references I'm looking at do. 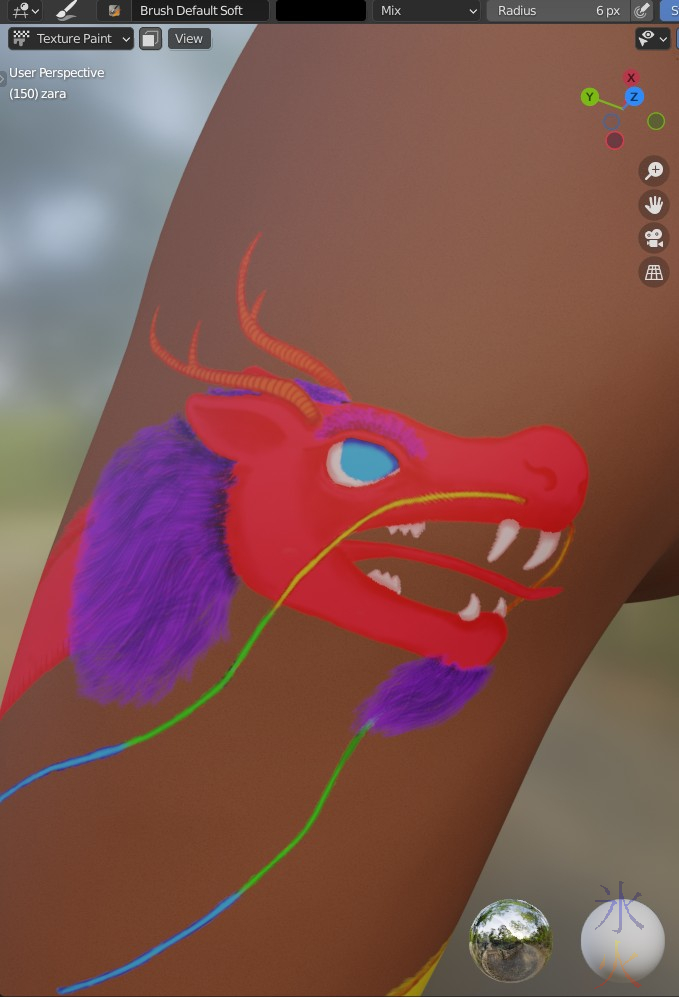 Yes the tail flukes are goiing over her scars because she didn't want a variant with it being a family tattoo and that suited me fine as I didn't want to make a variant anyway.  I have a tattoo that goes over a scar and it hurt like hell, I wonder if it was the same for her x_x

As you can probably see from the above screenie, I went from shading each scale as I was doing them to deciding to space them first and then go back and shade on the off-chance that made it slightly faster. 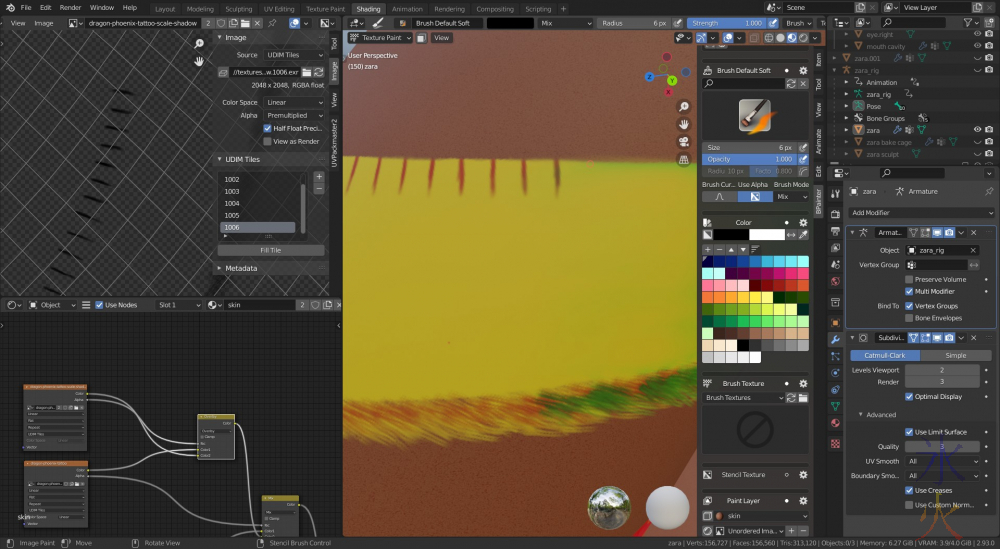 There is a little bit to keep track of, generally making sure I'm looking relatively straight on as the arm is kind of vaguely cyindrical, and that I'm not zoomed in so close that I can't see a lot of the previous strokes and the spine (to try to keep the size and spacing some semblance of consistent).  And working upside down as I start with hard pressure at the top (or the bottom of the belly where the darkest shadow is) and easing up towards the bottom (towards the spine, this working upside down thing is hard to explain even if it's easy to see).

It's didn't go any faster mostly because I have the attention span of a gnat and keep drifting off to do other things (I did way too many hive comments x_x and more roleplaying notes and contemplating working more on Yue but not actually doing so, even worked some on long overdue homeschool miscellany and also making sure to take more frequent than usual breaks as some idiot was too lazy to move and gave themselves a rsi in the right elbow like a nub).

And then sibling dearest comes along with 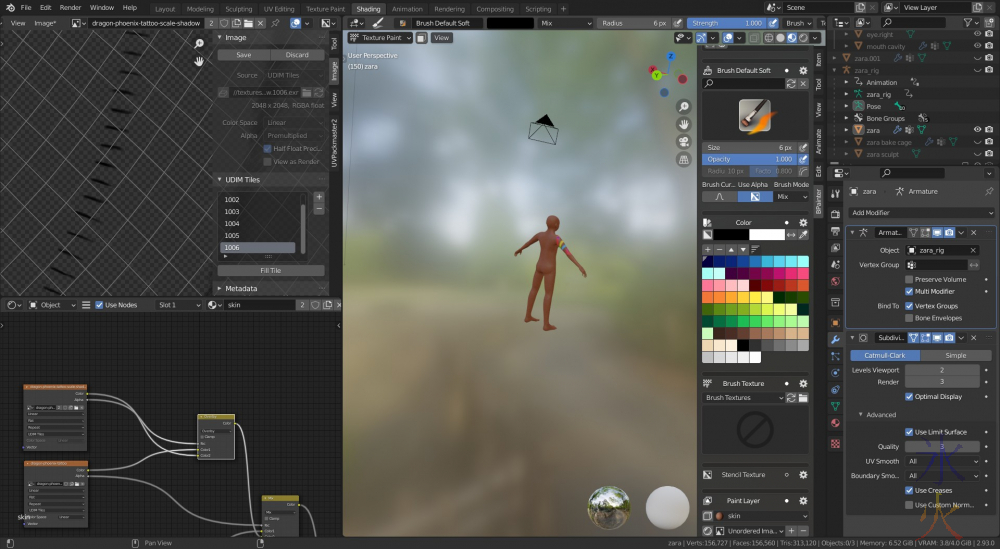 though I don't actually know for sure x_x

In fairness, I am zooming in quite a lot because that's how I roll even with my paintings.  I think realistically the closest I'm likely to get would be something like 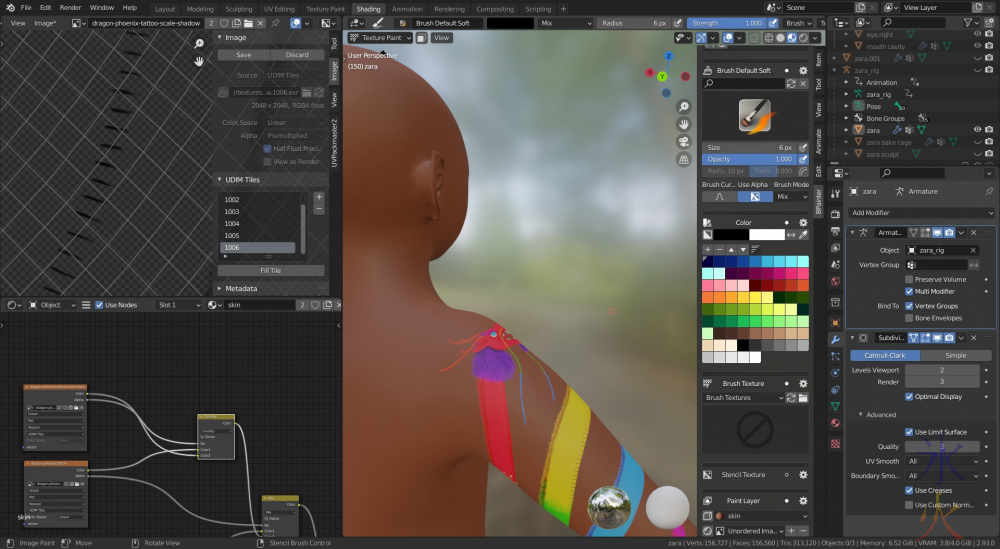 Anyway as it's now fire time (night owl high productivity hours which is generally 8pm-1am in my case though I will merrily go to 4-5am when I'm REALLY on fire, I'm too old to cope with all nighters now, also winter nights suck coz I can't get warm even with the heater on full and burritoing in a blanket) as I'm finding I'm able to concentrate longer on the tedium (yay) and am forgetting to finish the progblog x_x (oops)