June ProgBlog #1: always look on the bright side

I finished sculpting (it was the digits that took the longest again, all 10 of them because I was working in mirror mode so the other 10 on the other side were getting done simultaneously) and baked the normal map.

The first time it was yellow apparently because I didn't use a cage.  I don't know why one was needed but apparently it was a thing that was needed so I checked that box but got it to extrapolate 1mm or 1cm (can't remember which) rather than making a cage mesh like I did with Red.  That one came out blue/purple/pinkish like it was supposed to.

Now I'm painting out the seams 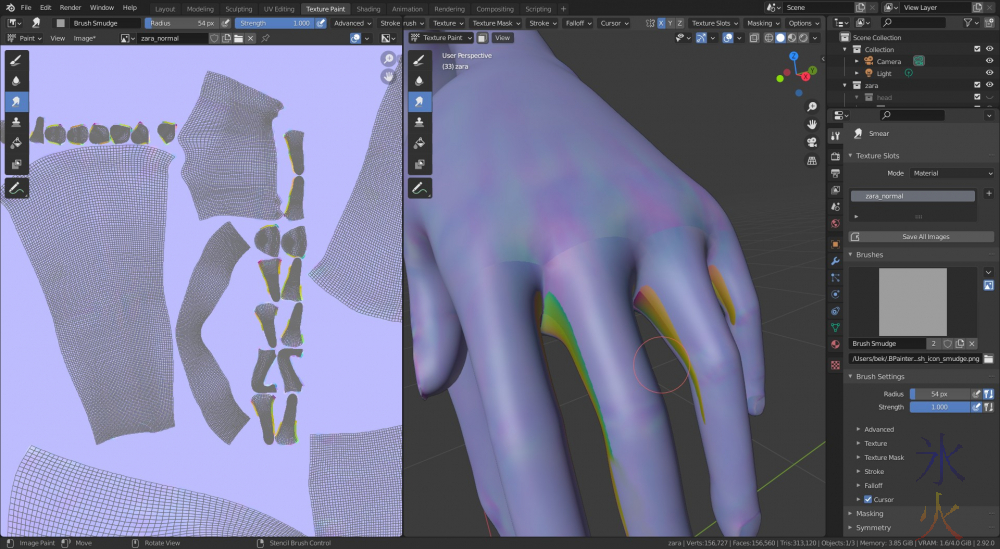 and feeling a strong sense of deja moo.

yoinked from a Discord server I'm on

And then I worked out that some idiot had not bothered to check the initial shrinkwrap of the original mesh around the sculpt mesh until painting out the seams and realising the bake looked wrong.  Because the geometry over the sculpt was wrong.

This is what happens when you take shortcuts/don't check the results the easy options give you.

So back in I went with the snap tool. 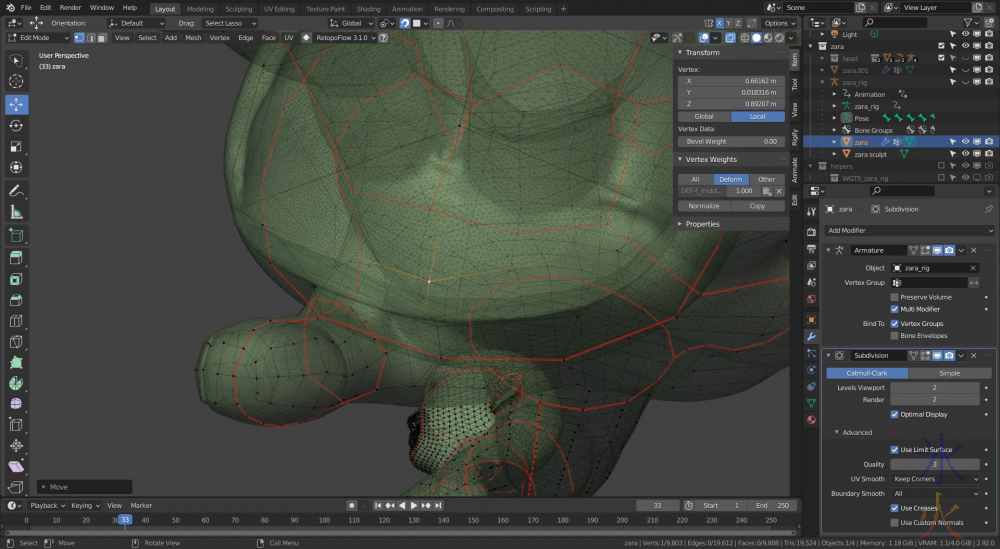 But that's what I need to do at the moment so I can find the vertices that are partly inside the sculpt mesh (green with a bazillion tiny triangles if you can make anything out).  This is why I like using Retopoflow so much, but I can't use it at the moment because it likes using mirror modifier for symmetry and I applied that ages ago and things get messy when it tries to put another one on.

So I just eyeballed vertices I couldn't see and nudged them so they'd stick to the surface.  And fixed up anything that had gone slightly awry from the shrinkwrap which had mostly done its job at least.

The little finger was such a mess I don't even want to share a screenie.

Managed to fix it as I'm reasonable at detangling and then noticed there was a whopping great big hole.  That was actually just mesh and might have been okay but I noticed other things I needed to fix and fixed them too, and got a decent bake (still in need of repairs).

I kind of felt like I should have made the topology a bit heavier but then I also remember how much trouble I had with the heavier topology in one of Red's earlier meshes, and the subdivision surfaces are doing a decent enough job with the shape so I guess I'll see how I go.  Meanwhile after making the subd modifier visible in edit mode, turns out the nails aren't quite conforming to the bake so I turned on correct face attributes and keep connected (I'm assuming I need this anyway as the last time I turned this thing on by accident I ended up with vertices all over the joint and ocd was not happy) and where increasing the crease weight isn't enough to get it to conform I'm gently nudging vertices, with the option checked it moves the vertex on the uv map as well instead of moving the uv map with the vertex (I just need to remember to uncheck it when I'm done or things are going to break x_x). 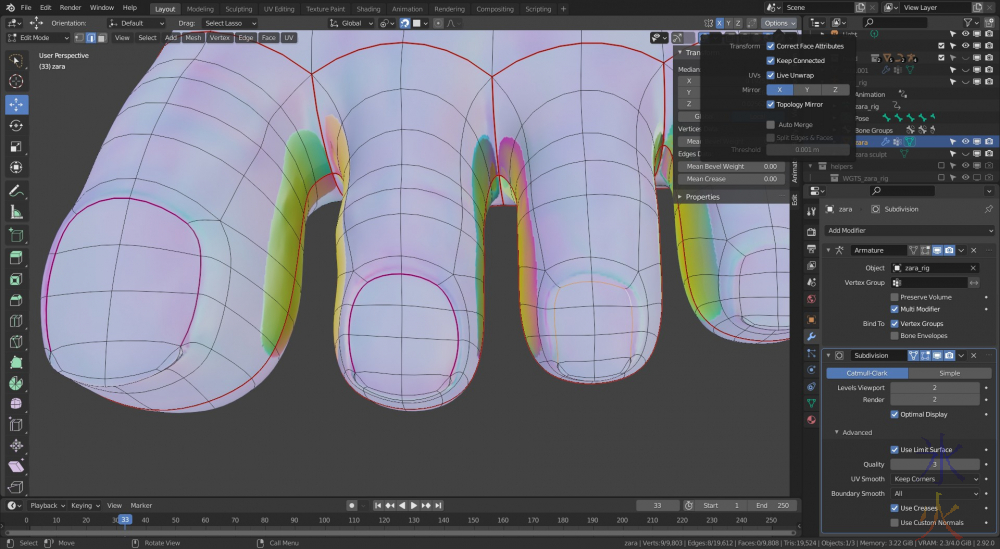 And then those annoying artefacts and seams will have to be painted out again but that's theoretically a relatively quick job when Blender doesn't decide to lag massively (I'm not sure why it's lagging massively in texture edit mode).

Then I have to repaint the dragon and phoenix tattoo that took me the better part of forever the first/last time I did it -_- On the bright side that should really put bpainter through its paces given that the last thing I did with it was the hive hoodie which was relatively simple, so I'm simultaneously looking forward to it and...no I'm not even dreading it I'm just mildly irritated that I have to do it again.

The other bright side is hopefully I can do all the image maps properly now as I've baked this without scars and am hoping to paint those on with bpainter, and ideally I'll have separate image maps for the scars and the tattoos (everything was all in one normal map and one colour map before because I was trying to make my learning curve less insane).  After investigating the bake settings I think I've figured out how to bake just the tattoos onto characters that need them (for the characters with family tattoos), hopefully it works as well in reality as it does in my head x_x