Only something went kind of horribly wrong and things were getting transferred oddly (I could see the shapes but they weren't where they were meant to be).  I eventually decided to just redo the sculpt and after a moment of confused panic as it's backwards to how I was starting to normally do things (sculpt, retopo, bake) and I was trying to be careful of the shape of the original mesh, when it entered my thick skull that I can just shrinkwrap the base mesh, and nuts I went. 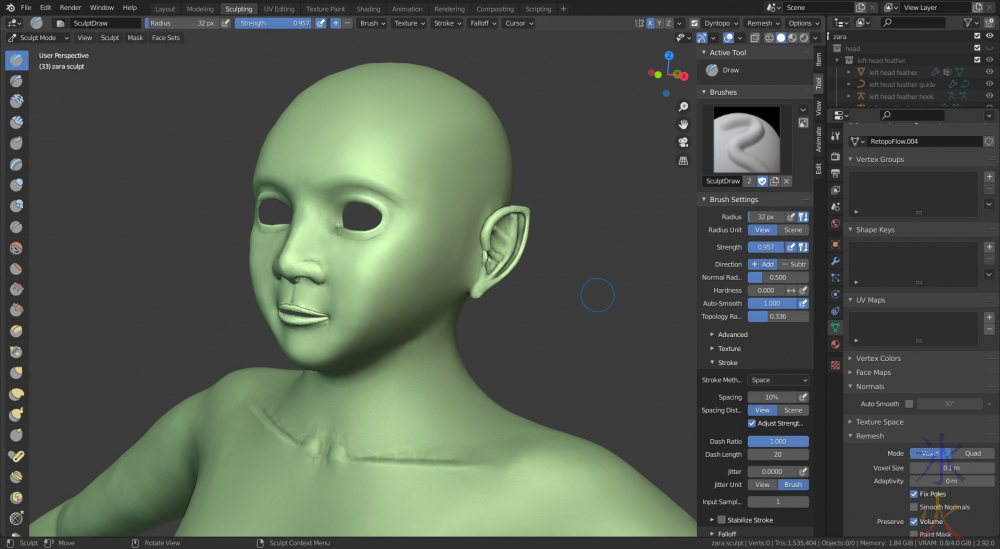 I really do love sculpting, it feels immensely satisfying.

It's been a bit since I last sculpted in Blender (August last year as far as I can tell unless I forgot to tag something more recent but I don't think I did) and I don't know if something has changed under the hood or if I've gotten better but it just feels a lot nicer and the brushes seem to be behaving themselves a lot better (it was mostly doing what I wanted last time but I struggled a lot with various brush settings, and then when I thought I had found something that worked it felt like something would randomly change again).

As most of the shape is there I'm just working details back in.  I've managed to stop obsessing about the polycount (I don't know why I was obsessing about the polycount in the first place but I remember doing so in 3dC, it's not like my computer can't handle the high level of polys in a sculpt mesh when I'm just sculpting).  Much easier when I'm just obsessing about making everything look "right" (whatever that is) and also perfectly smooth (or near enough to so I don't get too much weirdness in the normal maps which I can paint out if I absolutely have to but I don't want to it's a pain in the system).

Hands as per usual slow me down a lot with their general weirdness and refusal to look right no matter what I do or how many times I do them. 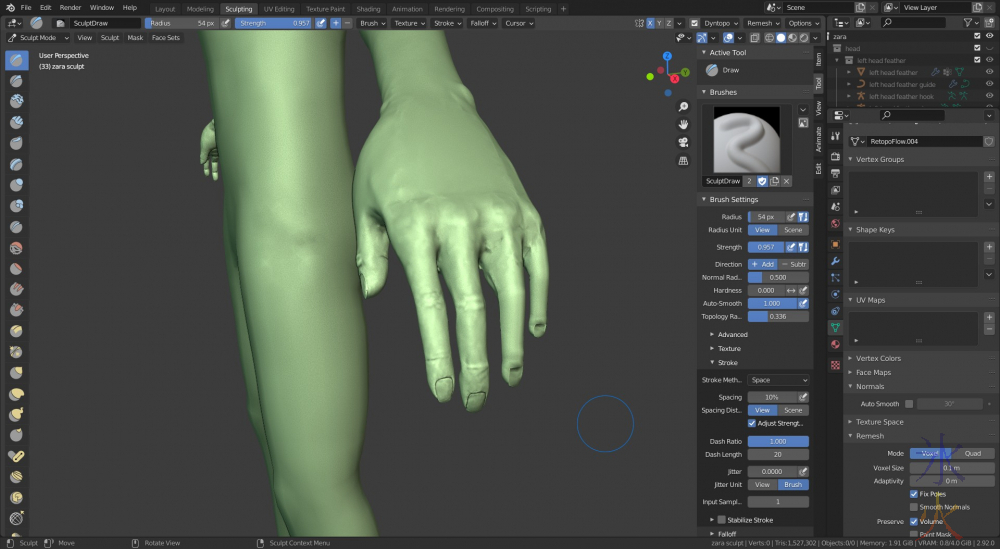 Things get super messy when I have to break down the wireframes and any small shapes (especially digits) tend to collapse a little bit. 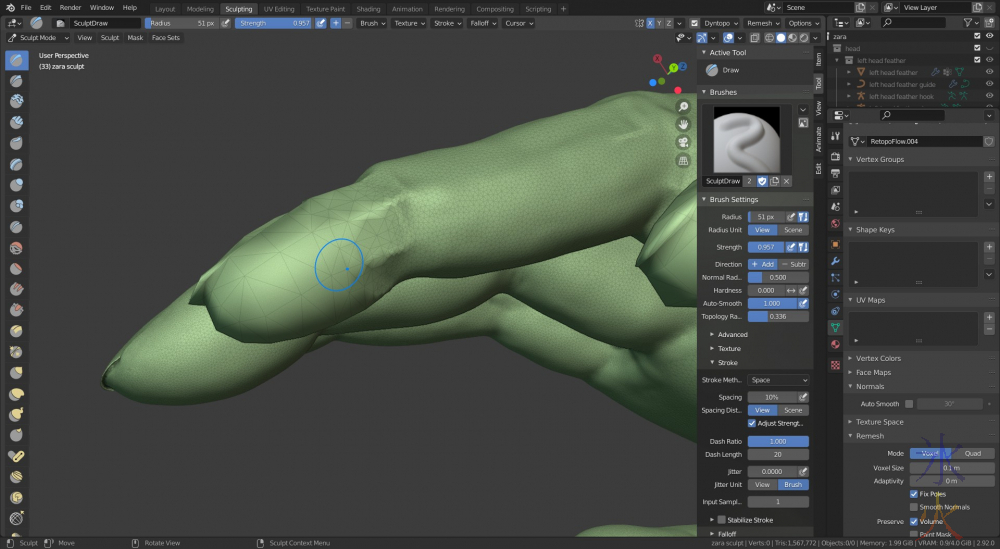 I don't think I realised that I could reduce the opacity of the wireframe before but it helped immensely when I needed to see it for whatever reason and it wasn't all the way in my face.

I think I may have one more go at baking out just the texture maps again, but given how messy the last few results were I am more likely to just put bpainter through its paces and redo everything including those bloody tattoos and hope it doesn't take me quite as forever as it did last time >_<