I managed to take care of the thing I needed to take care of.  Dealt with most of the brain post-processing yesterday but it feels like there's still some subconscious resisual doing stuff so it's probably going to occupy brain space for a little while more.  But at least it's not weighing down everything.  The progblog ended up being late again mostly because of that (could not concentrate enough even when I didn't have to deal directly with the external problems) and I figured I could get an appreciable amount done on the Sunday (today) which I'd dedicated as an art day to recover.

I feel like I should have been able to at least make a connection to hive to be able to pull posts for the front end I'm trying to make but I'm too dumb for the more hardcore coding -_- there's reasons I tried to stick to very front end dev.  I ended up spending way too long reading and trying to figure out ways to nut things out and by the time I switched back to art this was about as far as I got on the character before switching to the building. 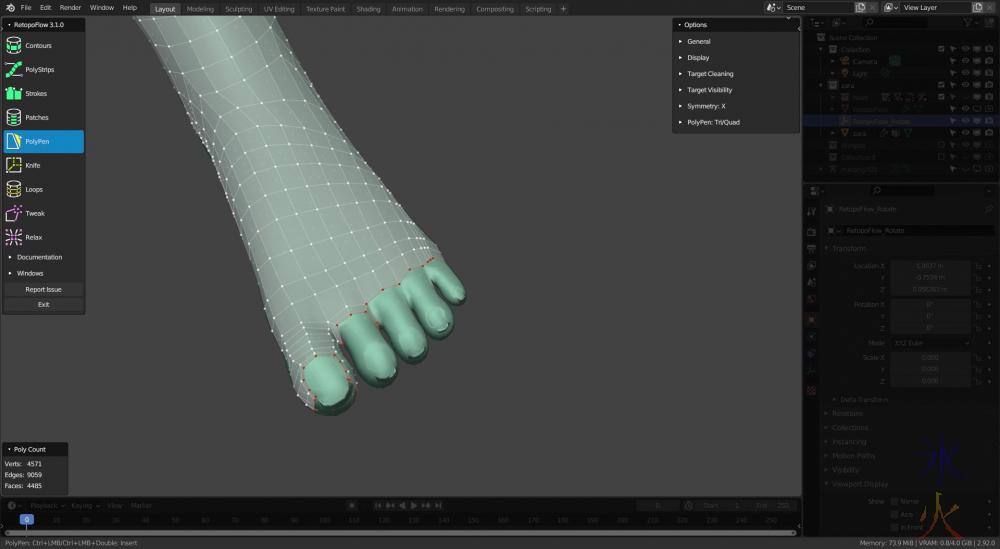 Then as far as Acaedia got all week was getting a couple of holes punched into the walls (I'm sure it's structurally sound x_x) as the lower parts of the walls where the accesses were meant to be cut out didn't quite line up with the landings, and then I made a nice round balcony to match shapes and now I need to figure out how to cobble this mess together. 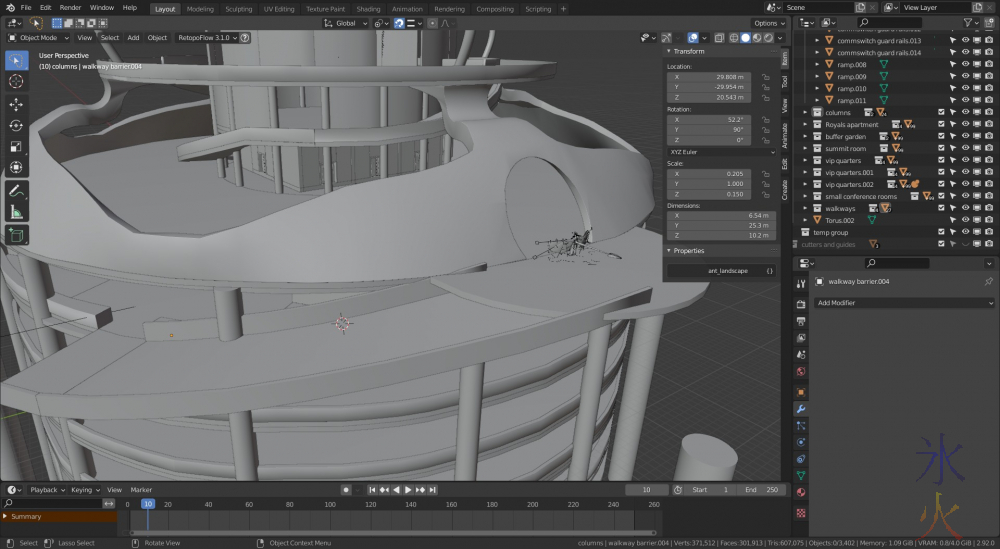 It's starting to kind of look cool from the right angles? 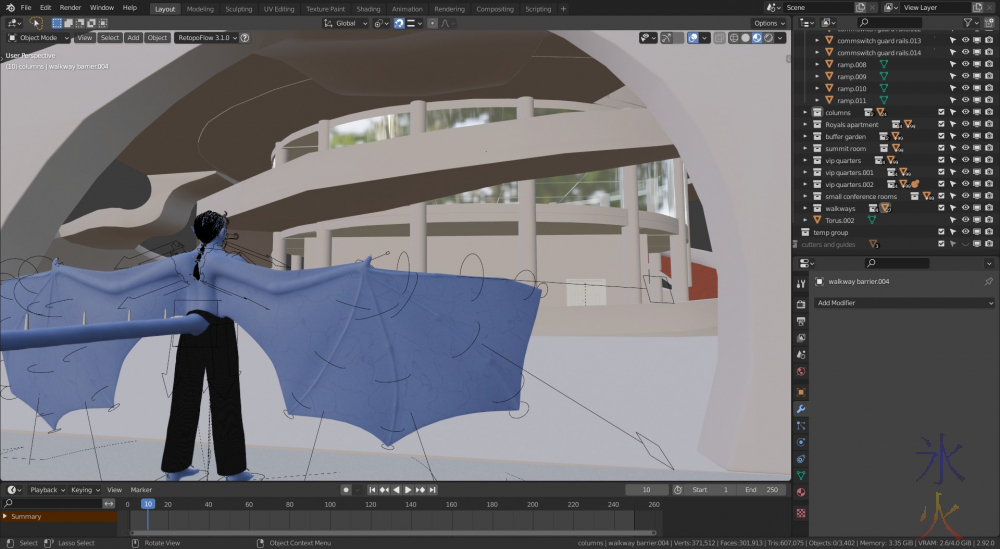 Today was mostly dedicated to art (with some other stuff like failing to keep up with hive and Duolingo interspersed but I haven't even really done more than keep my streak going).  I managed to get the reeeeeeetopo done finally.  Normally at night I would switch from working on characters to working on sets and props (the current project being Acaedia) but as I'm close to done I figured I may as well push along.  As usual got stuck into detailing making sure the finger and toenails look acceptable enough to be used as a base model, then duplicated out to do a rig test before exporting the retopo mesh (with all the modifiers that Retopoflow adds because it's much easier that way) into its own file for later use.

And while I was there I decided to make the new Zara mesh more Zara by making the already large eyes even larger because she is part Wraith and as she says to Zul'jinn in one ep:

You know Wraith eyes are big and freaky right.

I made the eyeballs visible again and turned on the material preview so I could reposition the eyeballs into the now much larger eye socket and enlarge them if I needed to and well I didn't need to sleep tonight anyway. 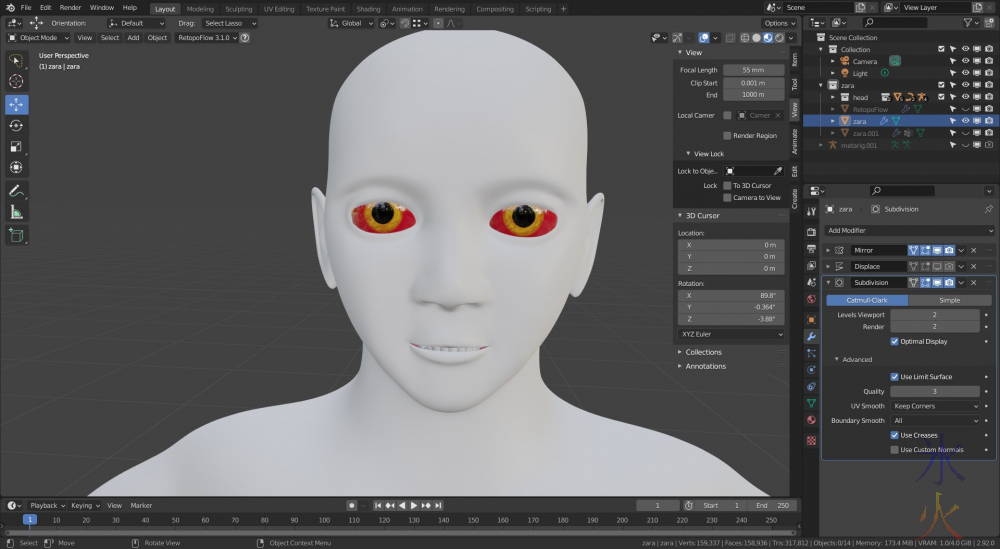 I remember fixing those eyes already but apparently not in this particular file.

I spent a lot of time doing a lot of tiny little fixes on the mesh and then Blender crashed and I had to redo most of it.  So looks like the rig test and all the rest of it will be a tomorrow job.