There's been a few sucky days and it's basically not going to improve until I can get one specific task out of the way and I'm getting seriously annoyed with the blocker.

Once done I'm not dealing with it again.

On the bright side, there has been a number of great days (if busy) because my parents are up, so everything is generally going to be great once this mess is over and done with. 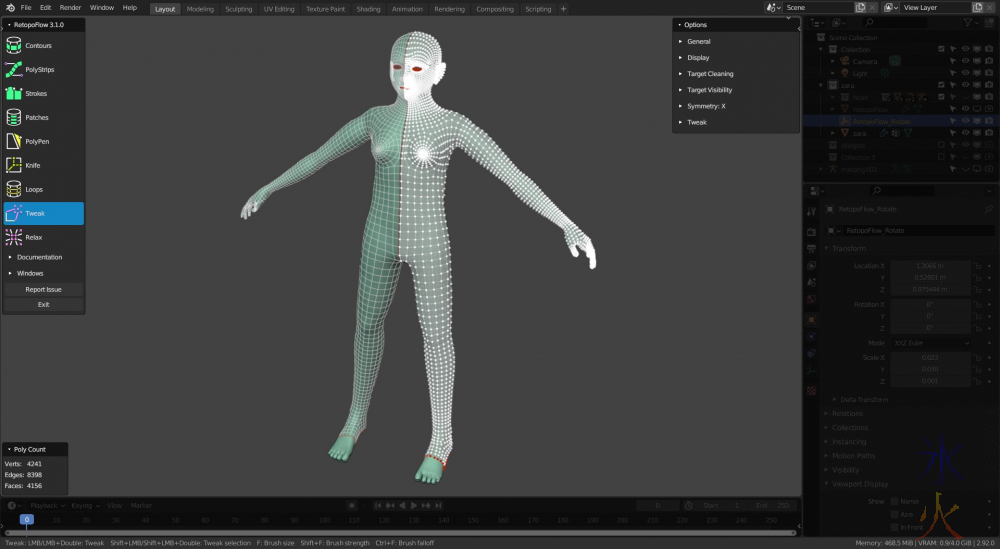 I stupidly thought it would be quicker than the hands and it was til I started having to figure out how I'm going to split so I have enough to make the toes.  I'm feeling slightly more confident again about the flow so I'm hoping I won't have to do too much rig testing before I can put the hair and textures back on.

On the Acaedia side of things this was most of my view for a fair few hours: 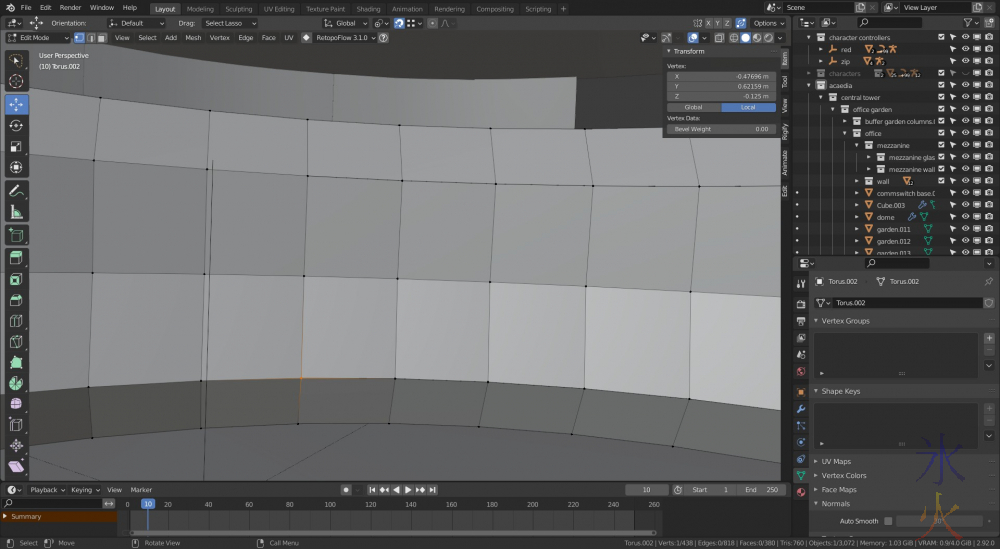 And this is where we ended up. 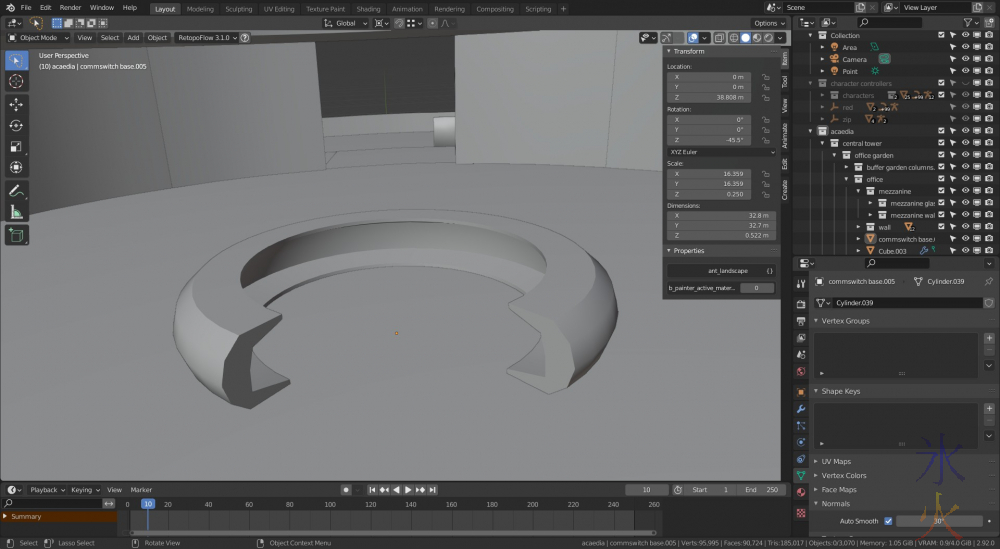 And that's where I'm leaving that for now, as some doors need to be stolen from commswitch (where I got the wall panels and the doughnut floors from) and put into the conference room and the office doorways and I need to keep building out.  The office is one of the few places that will actually get revisited and decorated (and I'll tweak that desk a lot and make it some chairs, probably kneeling chairs rather than office chairs as those things will be quite big and there is a section of the office that has beanbags and a nest swing/chair/thing).

And Ter'wyn was probably mentally facepalming trying to think of how to defend that mess in an emergency.

But um it will probably look cool when it's done maybe? x_x

After an embarrassingly long time, I've also finally learned how to control beziers. 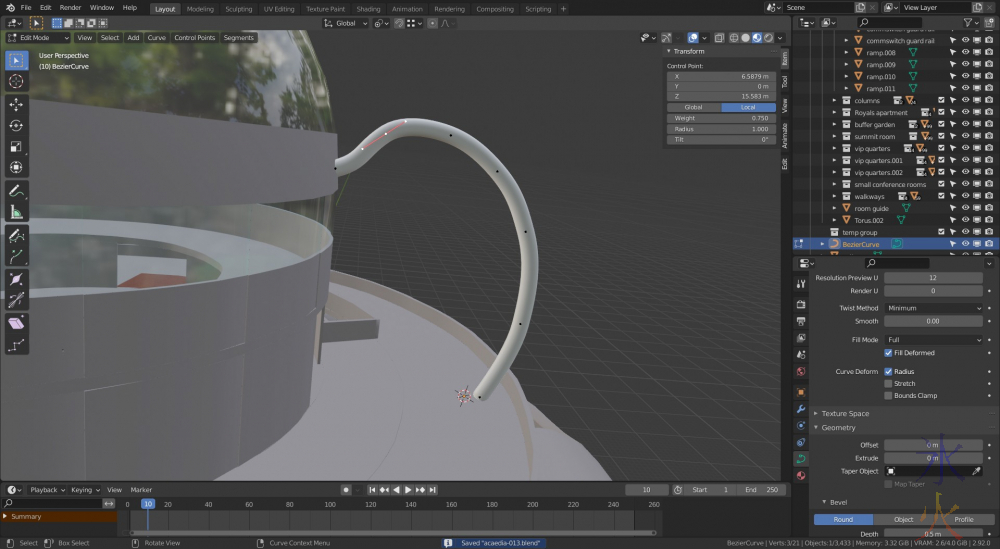 It made for some nice curvy pillars.  Kind of a relief for when I start making the climbing plants as I don't really want to use as many control points in plants as I do in hair. 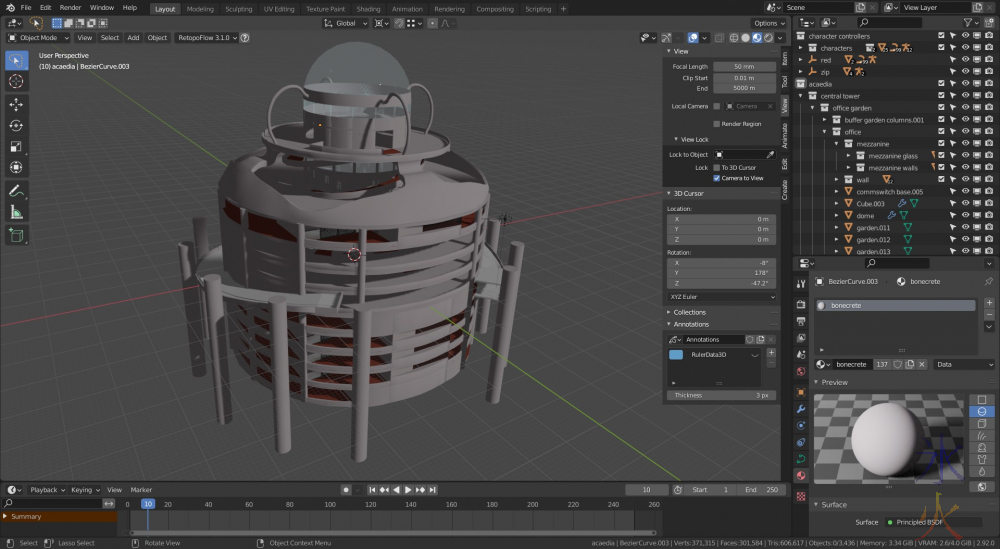