There's a bit going on again and it seems like youngest and I have crashed back hard into undesirable old habits (he's basically refusing to go to bed and staying up as late as possible and needing to incessantly natter at me while I'm trying to work, and I'm just staying up late because I work best at night and can get quite a lot done in a short space of time unlike during the day where I distract at the slightest movement of air especially when it's on things I hate (like javascript). 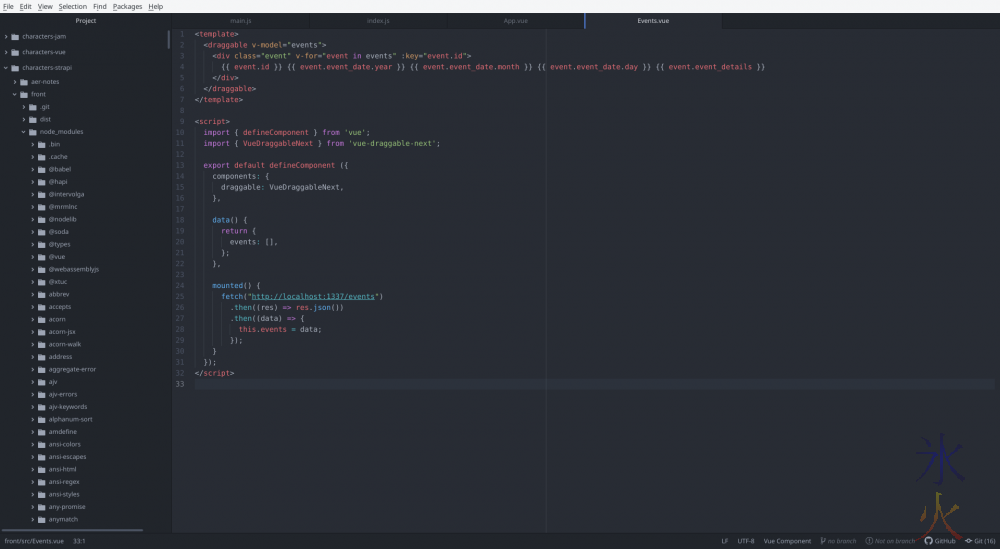 I got strapi installed and aside from a few scary looking warnings which I otherwise ignored (because this particular project will only ever be local) that went in with no dramas and I got it up and running in a very short amount of time with some data to pull (a tiny amount of information for one character, and two events) and a lot of ideas for how I could put this thing together now that I can apparently somewhat build the database from scratch (something else I avoid like the plague).

After a few days of stuffing around trying to do things from scratch (because I wanted to have at least a vague idea of how things worked not because I actually wanted to do things from scratch), I finally caved (as in accepted that I was going to be doing things with almost no idea of what was going on underneath) and got vuejs (why, for no other reason than that's what I kept seeing when going through hive dev docs and that's what I'm trying to learn this nonsense for) and that was set up really easily.

I have to admit, the auto reloading pages are pretty damn cool.

Then there was an epic day long struggle trying to work out why I was getting a different White Screen Of Death (everything was working fine, just content wasn't showing up, pro-tip be careful what you're removing/commenting out when following several tutorials at once, especially when they tell you to "remove everything in [this file] and replace it with [their example]" (in fairness to them I probably missed the bit where they said "except [the important stuff]", while I tend to follow code tutorials a lot closer than Blender tutorials it's a very loose definition of follow).

And then another day's worth of effort and I had divs that could be drag reordered, and now I just need to figure out how to save their state.

I'm not actually a good coder which is why someone competent and not me needs to do that adoptables/breedables as nfts thing for hive that I threw out there.

I'm currently writing some notes for myself before I forget what I did to make stuff work and will post them "later".

I was trying to explain my confusion to J, saying that while I didn't hate js any less, and couldn't say I'm starting to "love" it in a love/hate relationship kind of way, I'm definitely finding it interesting and exciting (and endlessly frustrating). 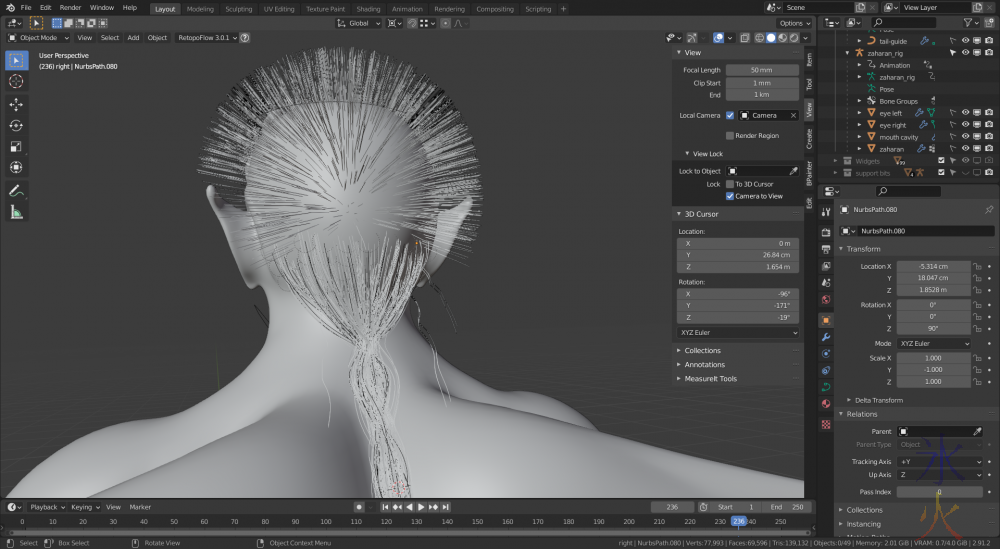 Here's another source of endless frustration.  After trying out a couple of different ways of laying out the curve guides I've decided to just bite it and finish covering the head and hoping that the child hairs behave themselves once every single parent hair is following a guide.  After turning the number of displayed children down (it was originally 10 so I had a decent amount of coverage, it renders 50, it's been turned down to 2 or 3 here) so I could see the curve guides and somewhat see the parent hairs (which are pretty much in the curve guides).  Currently I suspect that a lot of the children are interpolating weirdly and it's annoying me because I didn't anticipate that behaviour and could be trying to resolve a problem that either doesn't exist or can't be resolved the way I'm doing it.

I'm sure I could knock this out pretty quickly if I just sit down and do it as I have done sections quite fast but it's kind of tedious and boring and another thing I distract super easily from so basically I'm just stupidly dragging it out way longer than I need to.

The week in general

All our weekly stuff is back in and I'm trying to iron out a lot of kinks in my work hours (most of the kinks are actually me failing to go to bed when I should go to bed and also not wanting to drop a problem when I'm out of the allotted time plus the buffer overflow I usually give myself, and doing stupid things like running the progblogs way later than they need to be because I get stupidly obsessive about how much progress I haven't made since last week and try to do more when I should just be blogging the prog, however much or little there is of it, and be done with it) and the other timeslots for doing things like chores in.

It doesn't help that the Stuff I Don't Want To Talk About is ongoing for the foreseeable future and it continually has a detrimental effect on everything and everyone despite my best efforts.