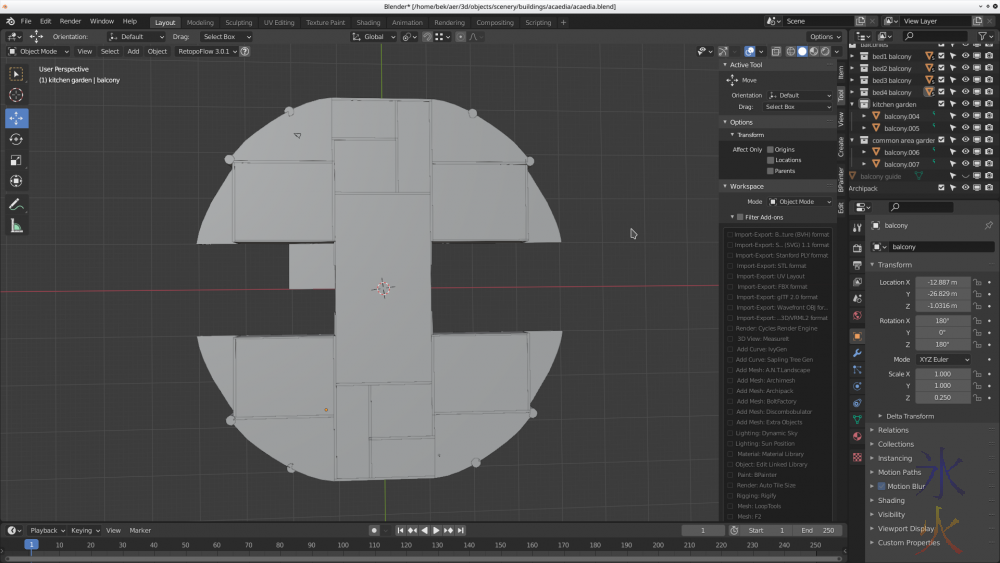 Those poor first generation Fliers who couldn't fly and just had small wings the same length as their arms.

And then the poor first generation who could actually fly.

I kind of wanted some nice pillar rail things on the balcony wall but apparently it's a wall, because while it will have plants growing off it, if something managed to slide through the plants and through the rails it's not going to end well for whoever is underneath wherever the thing ends up landing.  And I had to make the stair rail guard things higher (which is why Red is back upstairs with his wings clipping through the barricades because they're just there for size reference) because they were Dragonkin trip hazards before. 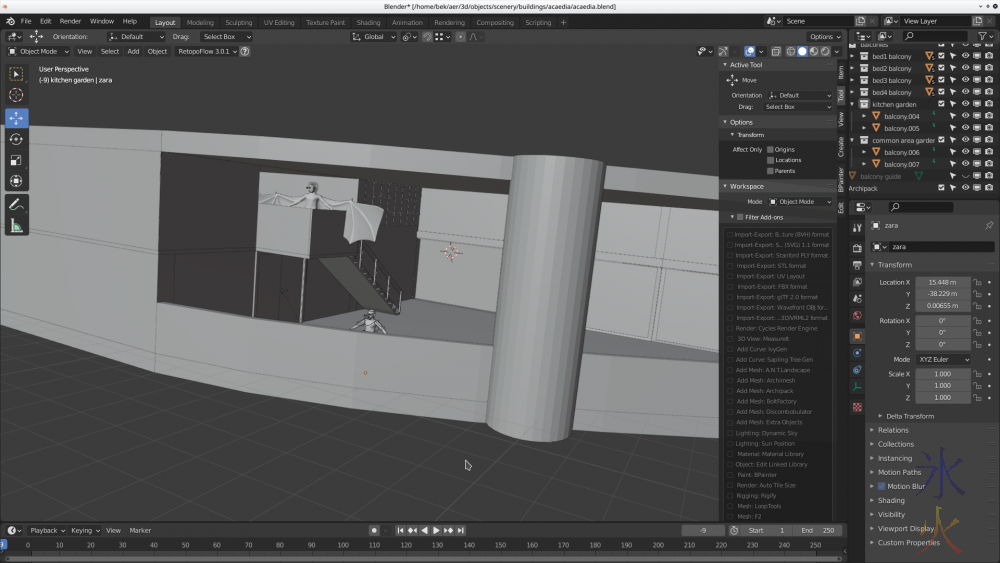 I want to know if the plants have adapted to grow on buildings or if the buildings are made out of some material I'm not familiar with as the bioluminescent climbing plants just...climb on them without seeming to need soil or anything to that effect.  And stick hard enough to be used as ladders as Zara is constantly zipping up and down the things.

I'm unevenly splitting my time between characters and sets (with the characters getting the longer time slots because they're a lot more work) and did a bit more work on Red, or rather am redoing the hair guides yet again with some settings tweaked, as the last one some of them were twisting violently and I couldn't work out why and it was taking a really long time to fix. 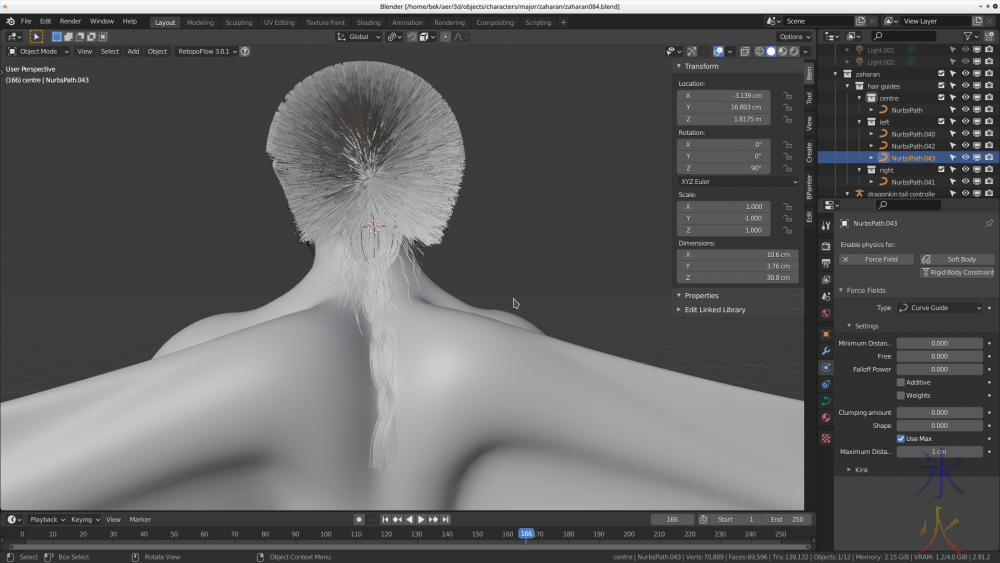 This time round I'm doing it by eye and mirroring and adjusting each one as I go.  The adjustments I made were setting each control point to have a radius of 0 (which made it the same width as the curve guide maximum distance circle) and then subdividing each segment twice (because I'm lazy) and ending up with 17 control points x_x which is either enough or overkill, I'll figure it out as I go.

I'm really hoping those frizzy bits settle down when I have enough curve guides >_< Or at least look nice like loose bits of hair that escaped the ponytail.  I can get rid of them altogether by using simple rather than interpolated children but for whatever reason the simple interpolation fails along the weight map boundary and I get hair overlap onto the horn crest.  I'm really, really, really looking forward to the new hair system.  It will probably be done well before I am x_x but until then muddle along I shall continue to.

For no real reason (okay there were many and varied reasons) I decided to make a front end for OCA.  Which seems to require learning a hell of a lot of javascript (I'd like to say it made me quit webdev the most recent time I quit but while it definitely helped it wasn't the sole cause, I do hate it though).  Which is why people may or may not have noticed the distinct lack of mean modfyn roaming around lately.

I've kind of started laying out some stuff vaguely following various JAMstack for idiots style tutorials around teh interwebz, and after toying around with the idea of duplicating my blog just to see what the process is like, I encountered this on my local:

That would be my notes.

Because one of the Manjaro updates updated php to 8 and somewhere in the settings, Drupal has a setting that tells composer that it's incompatible with php8 even though the version I have is apparently fine.  So composer and drush are whining a lot and I'm still in the process of fixing it (the obvious fixes didn't work because of course they didn't).

But seeing as it's basically a wiki that is never going to get any comments because it lives on both my computers and maybe having semi-static pages might be easier to move between the two machines anyway, I thought I may as well learning curve off that so I have some vague idea of what I'm doing with OCA.

I suppose I will if I have to aaargh