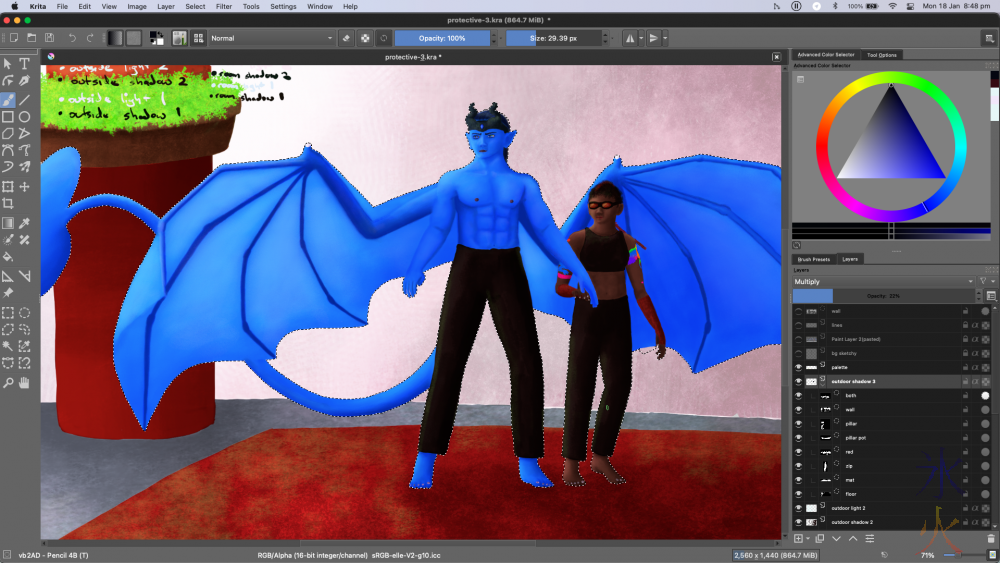 Computer is gradually bogging down with the number of layers I'm adding, hoping it will survive til the end.  I'm trying something slightly different with this one; previously I've done three light and three shadow layers for the main light and if there were any additional lights, they just got a light layer with an opacity level depending on how stron the light was.  This time I'm trying three light and three shadow layers for each light source starting with the weakest one (the plant light) and ending with the main room lights (not done yet, I'm currently on the last shadow layer from the light coming from outside).  Also planned all the light colours which I've only done for one piece previously as far as I can recall.

It's looking okay at the moment, guess I'll be doing this more often if it works out as it doesn't seem to be adding any extra to the time I would normally take for things like this.

And once I'm done with it, I think I might start working on sets as that will probably be easier for the small rig to handle (I hope) and it's a thing that needs to be done anyway.