December was busier than usual due to the situation that I don't want to talk about as it involves other people but that we're otherwise deeply involved in, and the parents catching me by surprise by last minute sending me Christmas shopping for the kids.  In fairness usually Mum is all over this and may have been planning to give the kids money in cards and Dad may have unwittingly derailed it by trying to help.  Meanwhile I did poke the kids about bookwork every now and again, and sometimes they would do it, and I tried to do stuff in between all the other chaos that was going on.

11yo was the easiest one to work with in this regard.  We went to a park near the library that we hadn't been to for a while.  The waterbaby wanted to go have a closer look at the river and walk on a log that was on the banks.  I said that was fine but that he couldn't go into the water. He walked along it for a little bit before seeing something with eight legs and deciding to bail out to a safe distance.  He said it was pretty big but as we couldn't see it from a safe distance we weren't able to identify it.

We then wandered into the civic centre gardens which was full of ducks and waterlilies, pausing on the bridge to admire a tree on the way over.  11yo loves ducks and stole my phone to take a million photos.  I picked a couple to showcase. 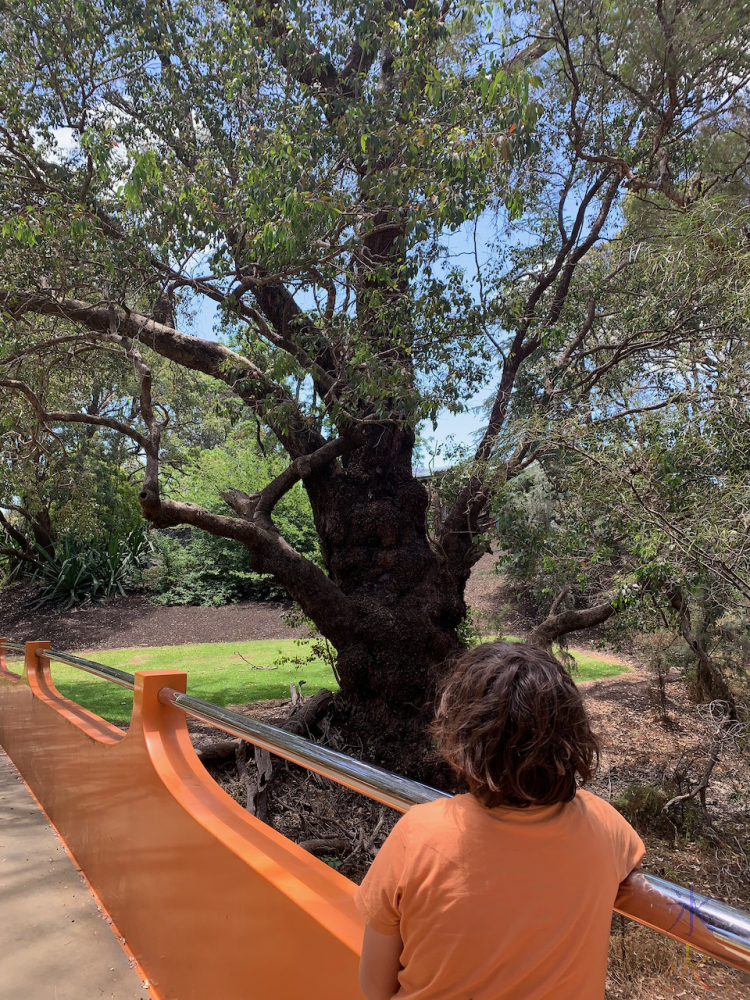 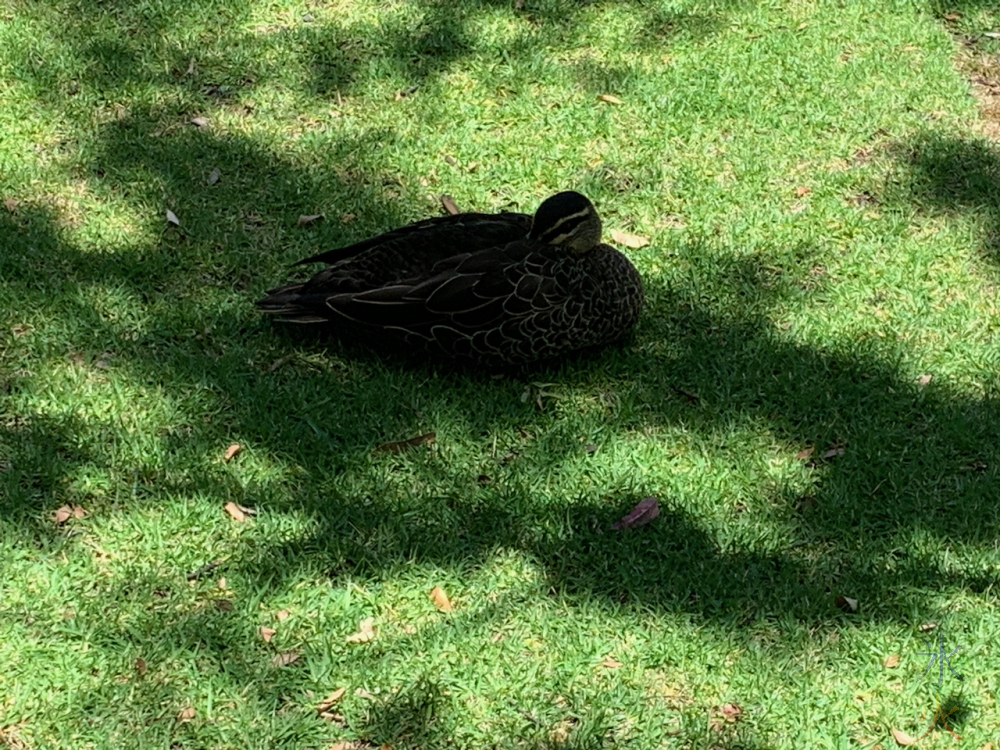 We also walked along the railway line (don't worry it was on the correct side of the fence using a bike/pedestrian path) to a bamboo grove that I know about and cut some stalks as youngest wanted to make spears Stone Age style.  We decided on the walk home that maybe we would upgrade a little bit as thinking about trying to cut the bamboo with sharp rocks was painful given that we struggled a little bit using a multitool knife to do the initial cutting), and I'm now waiting for @melbourneswest to do a video on how to make spearheads to go along with whatever research we end up doing.  It's otherwise a project that is going to have to wait for us to get back to Perth as we ran out of time before leaving.

Christmas Island is our two yearly "big reset" and I think all of us were really looking forward to it more than usual this year.  The airport wait was so much easier with older kids. We'd gone in pretty late December so there was a bit of a whirlwind helping to set up for the Christmas party and going out to another party afterwards and then the New Year party (which we hadn't done for a while), but we did manage to slot in some other stuff.

There was another thrush family in the nest that has seen a lot of use over the years.  We monitored their growth from a distance as usual, from blind ugly little things screeching for food all the way through to leaving the nest, which happened over a period of maybe three weeks. We had an unexpected hitchhiker on one of our first trips to the beach.  11yo was spun out at the size of the thing.  J initially attempted to sweep it off with the windscreen wiper and failed, and after that we assumed it would get blown off during the drive, but it did not. 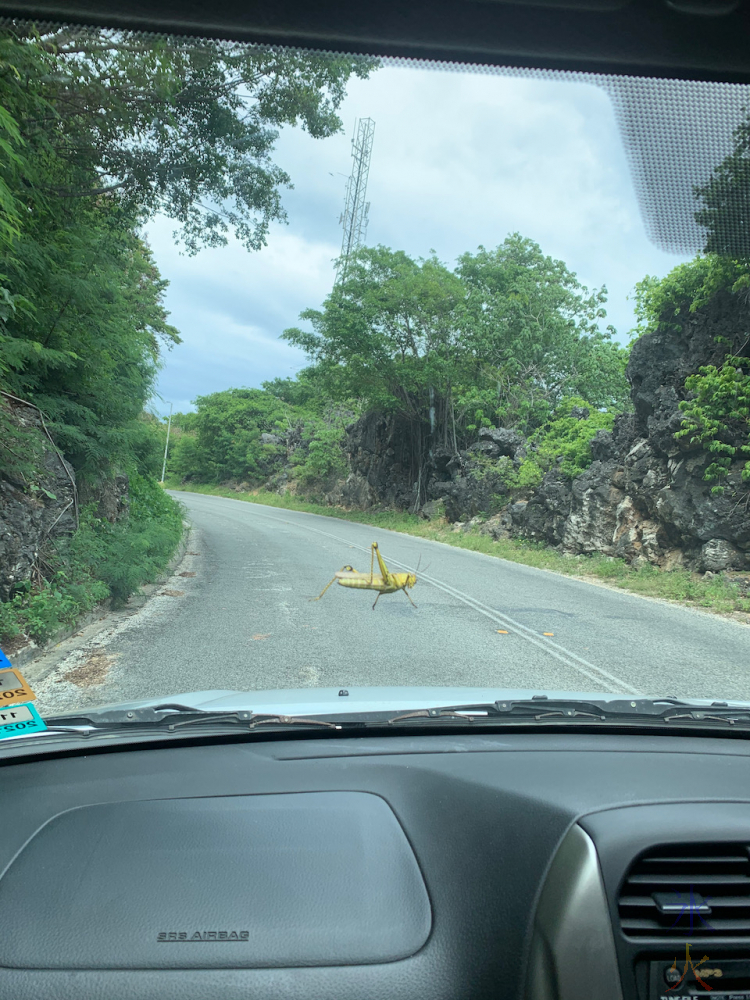 11yo found a toy ruler from a toy workbench set from when my sister and I were really young, and started measuring everything with it.  The markers look alright but we're not sure of the accuracy due to it being a toy but decided it would suffice for purposes of his exercises.  One of the first things to get measured was Albert, one of the resident robber crabs (there are a few and they are all Albert). He then very quickly realised that he wasn't going to remember these measurements and that he hadn't brought a notebook with him like I'd suggested as he'd been pretty certain that he wouldn't have a use for one.  Fortunately Nanny came to the rescue and gave him one of hers.  After writing down Albert's measurements, he then wanted to measure a "normal" crab (ie a crab that wasn't a robber crab).

The following day we headed out with the tools 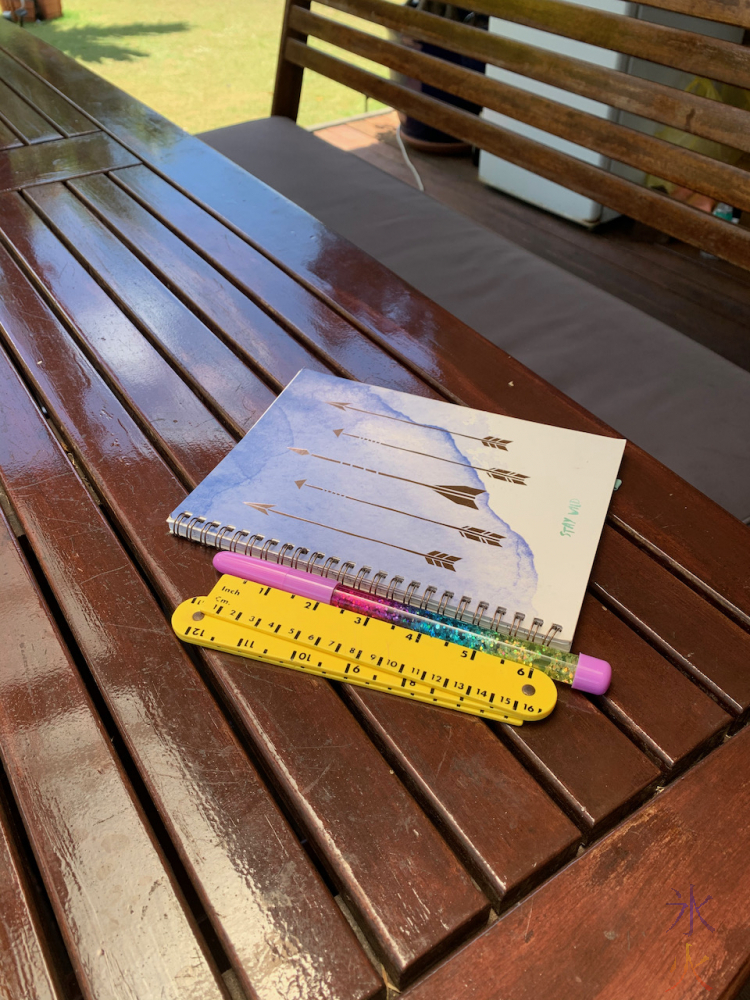 and headed towards the Blowholes.  Most of the way down the track we found a plethora of crabs, and also a plethora of mosquitoes which incessantly attempted to find cracks in the Aerogard.  11yo nonetheless valiantly carried on with his research despite the discomfort, and jokingly thanked me for the resounding applause as I tried to help by clapping at mosquitoes that were buzzing around us. He got some really rough crab sketches and measurements from a distance (which are messier than usual as he's not used to writing standing up) and then we fled to the Blowholes. There was a really nice and much longer new walkway up as the old one had been severely damaged by an unusually large swell, according to an information sign halfway along the walk. J spotted a Booby bird chilling in a corner of the walkway and 11yo immediately set about documenting it. He didn't want to get too close to the bird as he didn't want it to fly away, and I also warned him that those things can slice your hand (speaking from personal experience when I've had to move/transport injured seabirds).  J suggested that he count squares on the walkway as the grid was a uniform size so 11yo counted the area of squares the bird was sitting in and then measured the squares to be able to get the approximate size he needed without needing to measure it directly.

Photography has been another one of 13yo's many and varied interests and she did end up with an Instax camera at one stage, but hasn't taken any photos with it for a while as she always goes through her film really, really quickly.  J loaned her one of his DSLRs and she rediscovered her interest. 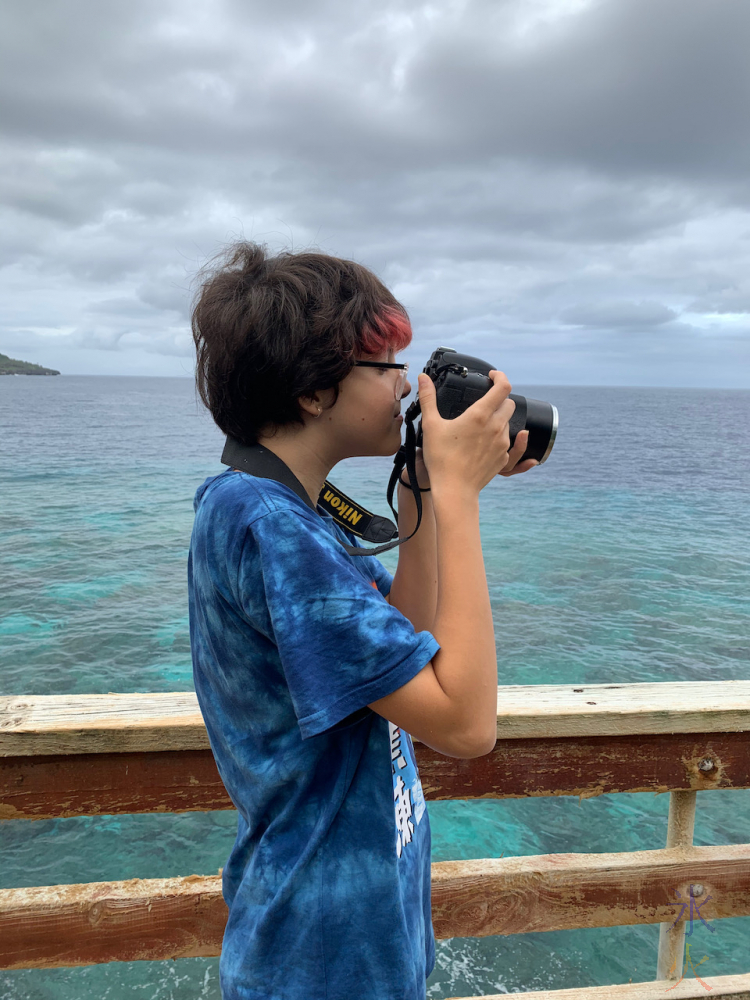 She took the earlier photo of Cub measuring the robber crab, and the above two, one with the grass in focus and one with the hill in focus.  She also took a bunch of photos on the walk but apparently wasn't happy with any of them as they weren't on the camera when the photos were offloaded.

And we'll end with a couple of photos of a midnight flower that J took in Mum's garden that I thought were particularly pretty. 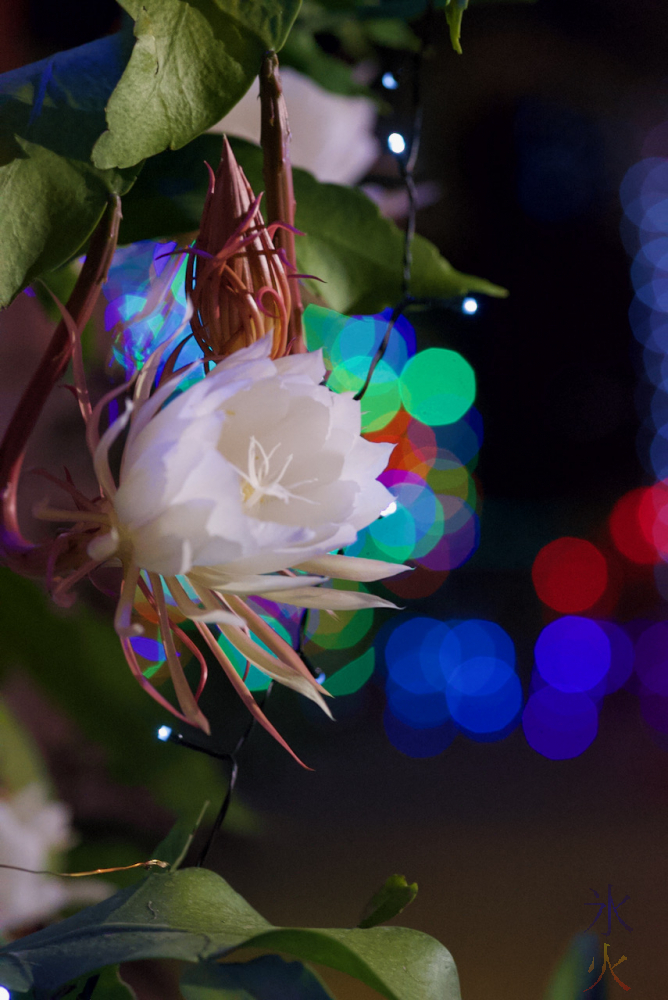 Looks like I might be doing a January HS Misc for this year as there's a few more things that we have been and can get up to.