Something along these lines.

Along with my usual "I don't really feel like I've done enough to be worth a progblog" silliness, it's been a crazy few weeks.  Sprat came up late for her yearly holiday after being uncertain about whether she'd be able to come up at all (she normally comes during the July school holidays) and did all the Christmas shopping, which basically meant hitting the shops almost every day for a couple of weeks.  She eventually managed to get it all done.

Then this weekend I had to supervise a weekend long teenager party (long annoying story).

As I was squeezing in art around shopping and staying up really late to do so, and then the weekend long party, I will probably need to catch up on sleep at some stage.

So since last progblog a hundred million years ago, I continued playing around with bake maps with varying degrees of success.  I then got irritated at Blender's packing algorithm and bought UVPackmaster which made the islands take up more space.  Coincidentally I got some nicer looking bakes.

And then I realised that I'm an idiot and was supposed to be using 8k textures not 4k.

After a brief sideways into figuring out udim (I kind of knew what it was but didn't really understand how it worked, it's actually pretty easy and even easier again with the new addon) and then figuring out it was too much of a pain in the arse for normal maps (routinely ended up with some very "interesting" colouring across seams) I went back to a normal normal map, just 8k like it was supposed to be.

I really want to do 16k maps because yes but 8k is fine and also more managable.

Got such a nice looking bake I redid the crest as well.  Then followed this vein tutorial to make some veiny wings.  This was briefly followed by discussing with Sprat whether I should use the vein texture or not and whether the Dragonkin should be following along with the bats they kind of have the switched on genes for or dragons which have thicker membranes that don't usually show veins. 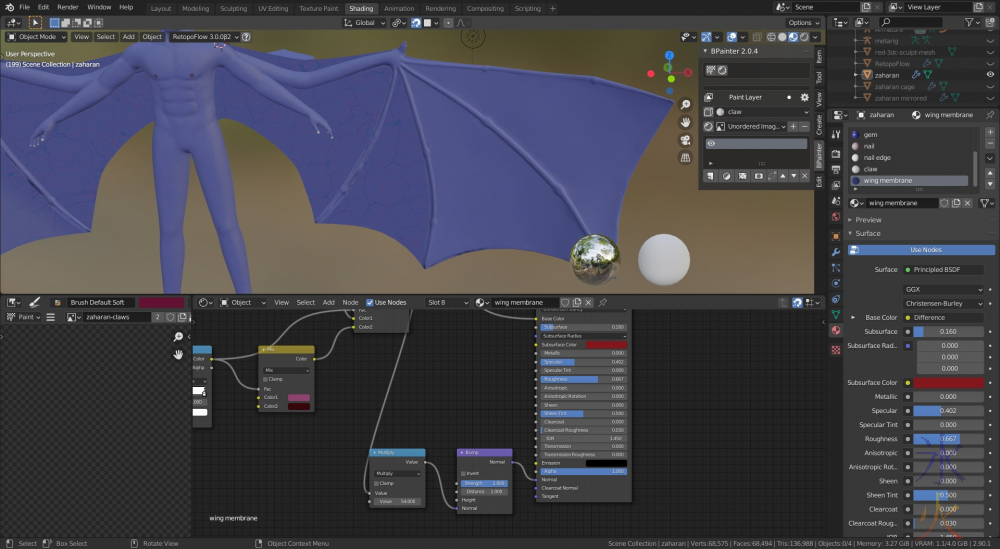 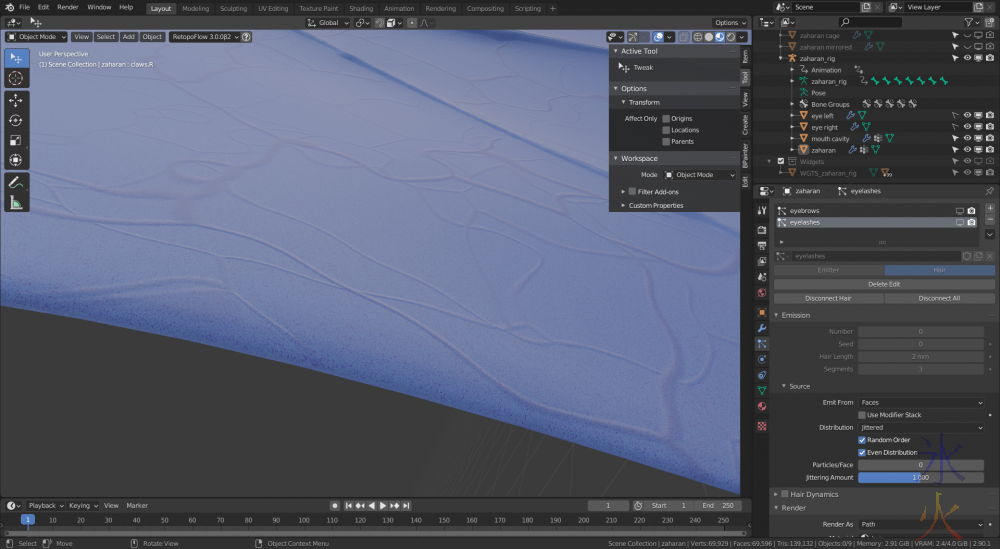 The node tree is kind of big but still small compared to other ones I've seen.

I also had a box ticked that moved vertices on the uv map when I edited the mesh resulting in this nonsense: 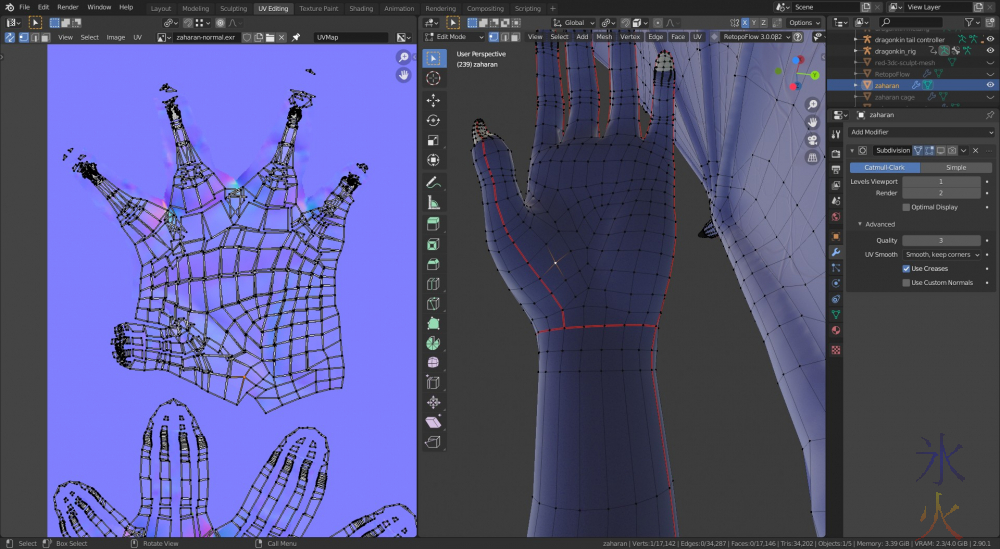 I spent an equal amount of time trying to manually fix it and find out why it was doing it and it was because of this thing: 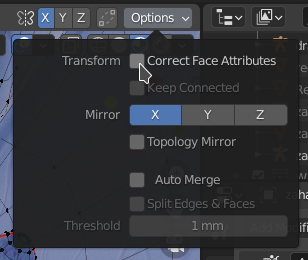 I don't know whether I ticked it at some point (probable) or if it was on by default.  Unticking it fixed those issues.  And then I found the copy/paste uv layouts thing in the uv menu which made the repairs pretty immediate (temporarily append an object with working uv map, copy that, switch to object with borked uv map, paste to that).

There were a few moments sulking over the time lost where I started manually fixing it before embarking on the epic quest to figure out what had gone wrong in the first place and then seeing if there was a quicker fix.

Somewhere in there was a sss test. 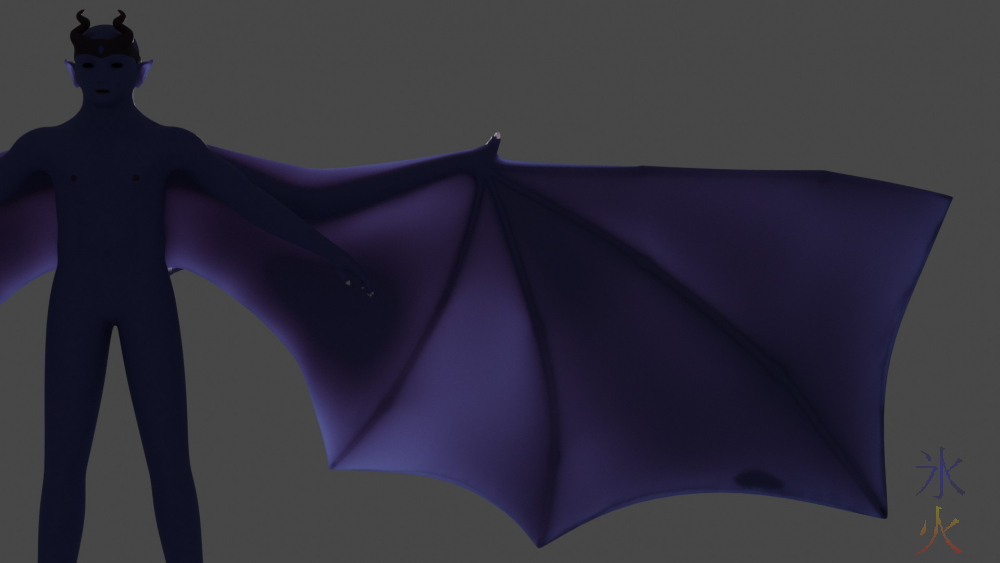 Being a bit dumb it took me a while to figure out that the sss wasn't working because I hadn't moved the sss radius up from 0.  Derp.

Chucked in some eyes and the rig and spent quite a bit of time on the metarig to make sure that future Dragonkin rigs would generate nicely and in the layer order that I wanted, so most of the manual work I would have to do is adjust the metarig to the character and then connect up the tail control rig.  I also found out when I actually thought to look thanks to something else I was looking up in the course of sorting things out how I wanted, that when the metarig got upgraded the fingers were using the tentacle module which explained a lot.  I changed them all back to fingers and got a much, much better controller.

And then my favourite bit. 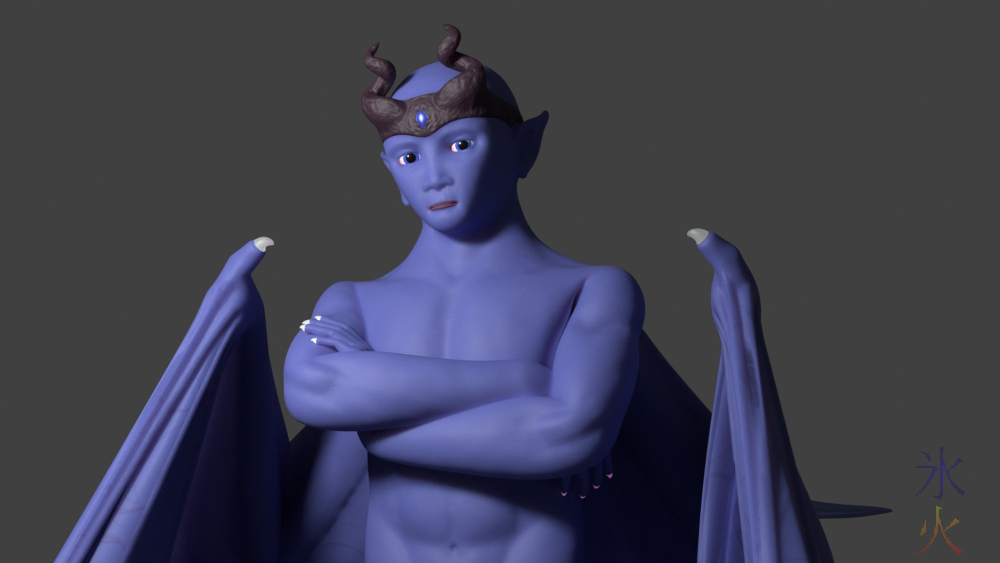 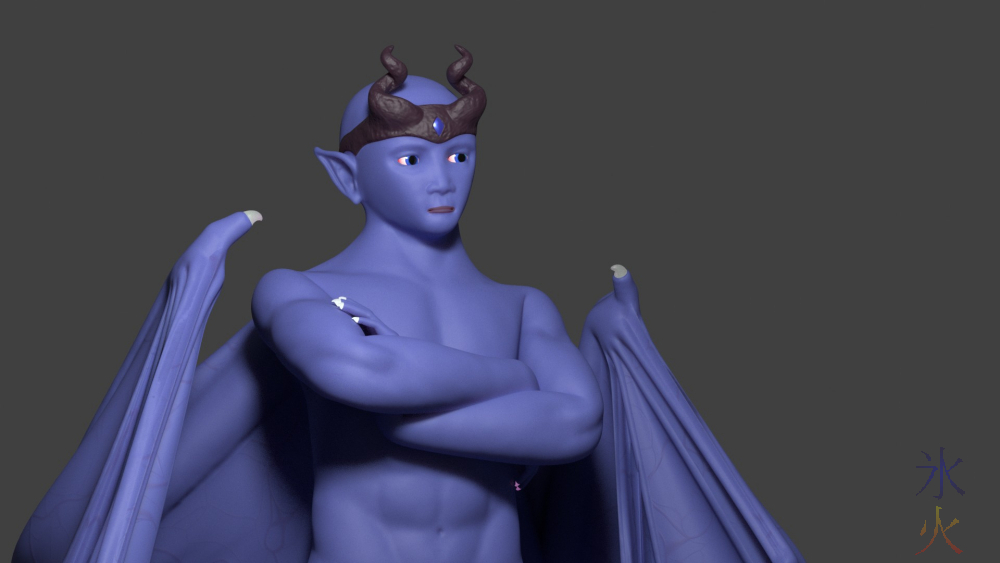 I love being able to make things move.

I have also since turned down the subsurface colour on those claws x_x and fixed his colour, not sure why it took me so long to realise it was off

Will likely have to do some weight map corrections down the line but it's done a pretty decent job.  Connected up the mouth inside, fixed some weight mapping on it which I'll transfer back to the default model, did shape keys (another thing I hate) for the claw retractions and now I'm onto hair. 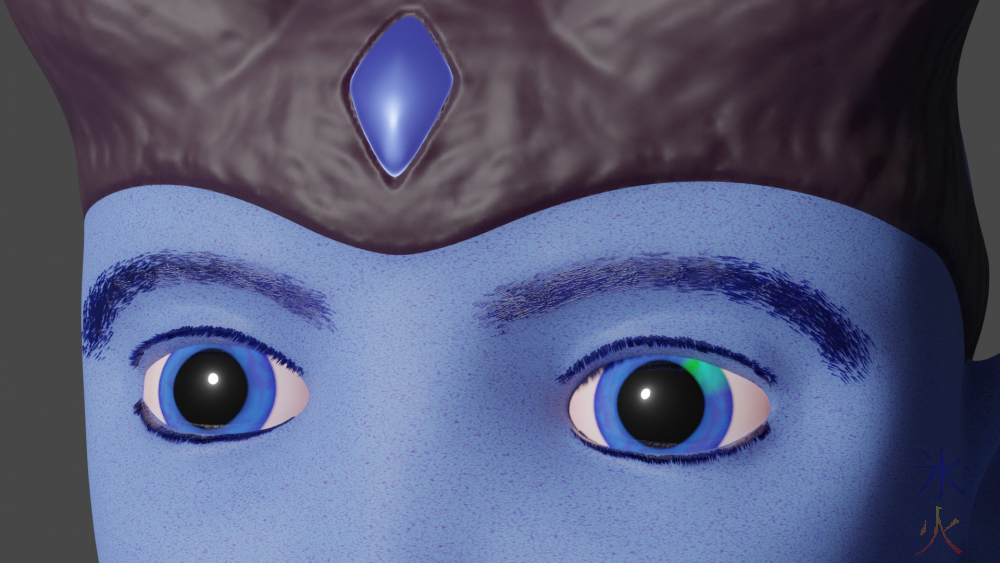 Still really glad about bpainter as painting/masking that green fleck was super easy.