ANYWAY.  It's just more reasons I haven't got nearly as much prog to blog as I want.  I really wanted to have finished by now and be on to testing the model out (and simultaneously working the kinks out of the Dragonkin rig as why fail at one thing at a time when you can munt several, but I'm very slowly doing the fingertips.

Because I'm a sucker for punishment I would usually just do each one individually and eyeball to try to make sure I'm doing roughly the same thing on each finger.  I used contour with the same settings on each finger (8 sections from memory) they're all now doing the same thing, so I decided to copy/paste the index fingertip onto the remaining fingers, weld them on and adjust.

On the bright side the hand somehow magically connected up with the wrist with possibly decent topology despite the fact I stopped at the wrist, jumped to doing the fingers and then kind of made them meet up in the middle. 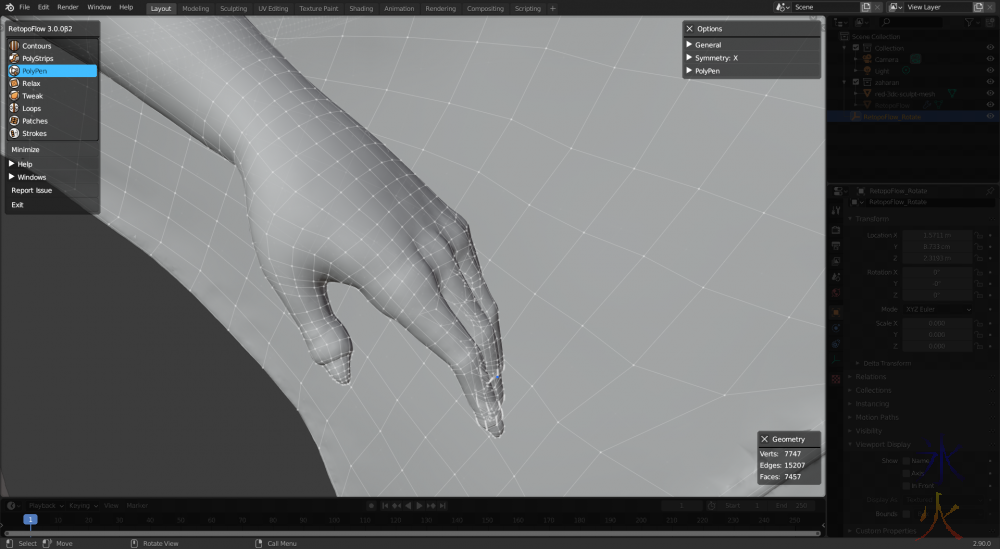 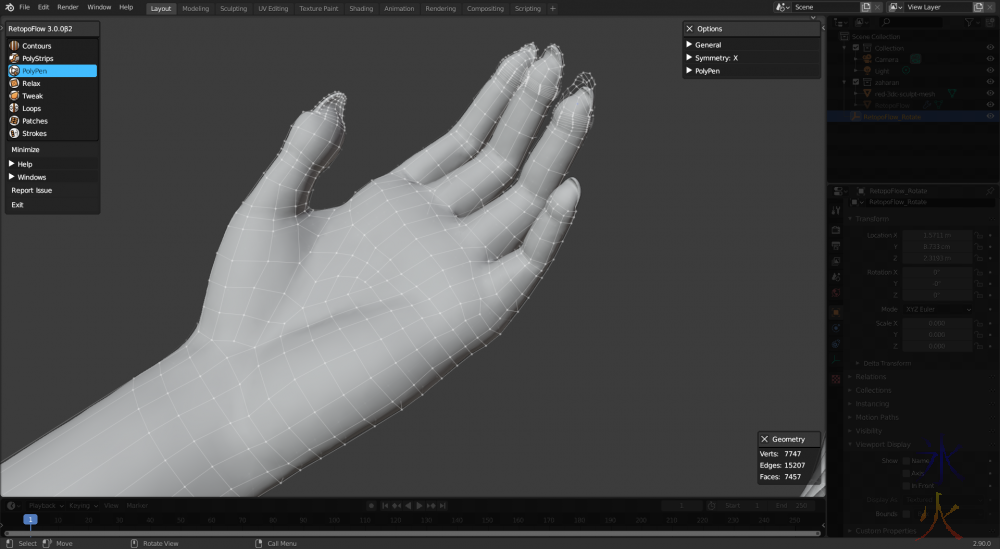 I'm pretty happy that unexpectedly worked out as usually I'm having to make more loop cuts or do some weird joins to try to make things join up and am generally pretty unhappy with my wireframes.  Wonder if I can fluke again when I get around to fixing Zara.

And here's what we're currently looking like in object mode with subdivision: 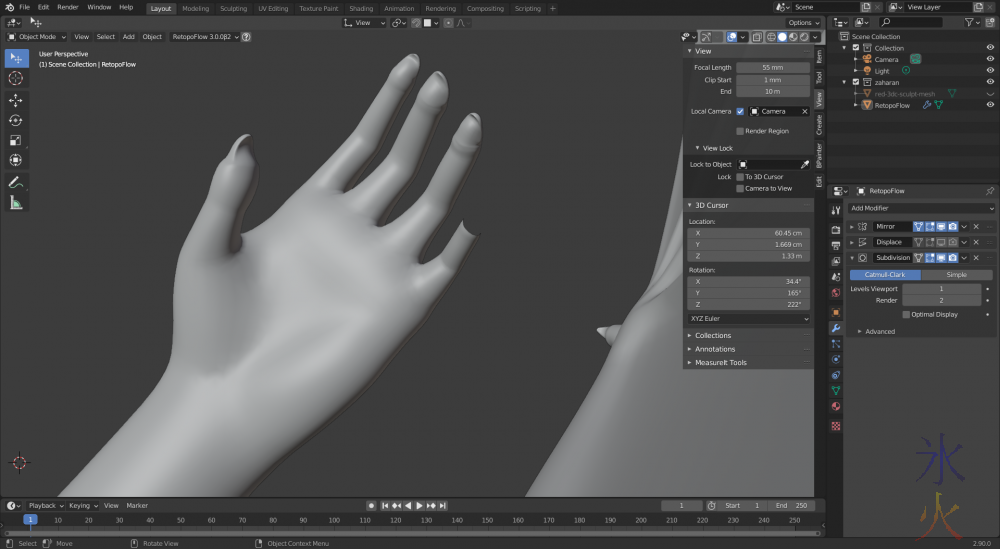 Might need to do a bit more shape fixing after baking the texture maps too.  But rig test first, after finishing this up.  Theoretically the legs and feet should be easier seeing as they're not nearly as dextrous so hopefully they'll go quicker once I get to them.