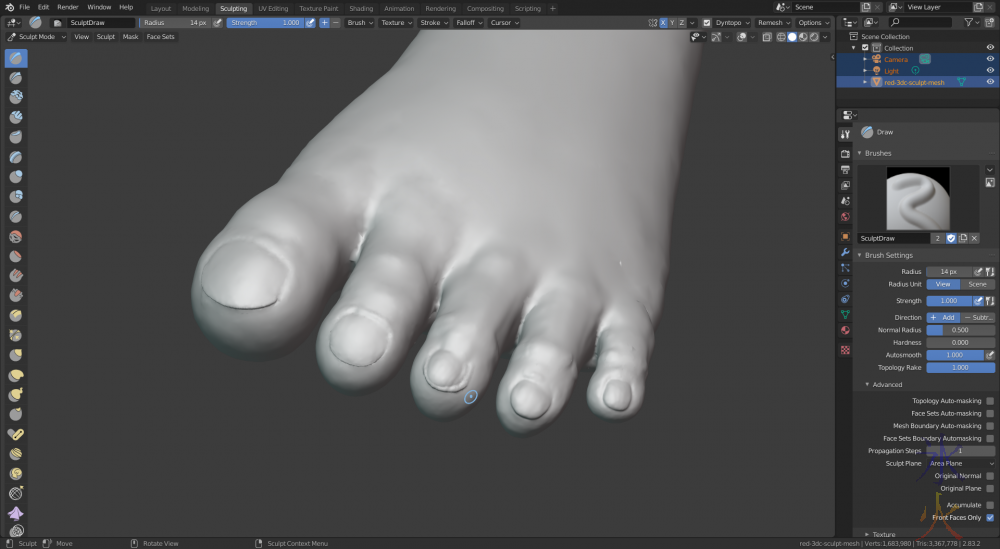 when I decided that I should draw Zara in a hive hoodie since I've drawn her in a steem hoodie previously (and Kurenai in a steem shirt).  Hot on the heels of that I figured I may as well use the 3d model of Zara seeing as it's more or less finished.  So of course I had to fix the proportions of the model first.  After a lot of glaring and trying to figure out if the legs were too long or the torso too short, I finally decided on the former and ran it past Sprat who helpfully marked up a screenie for me. 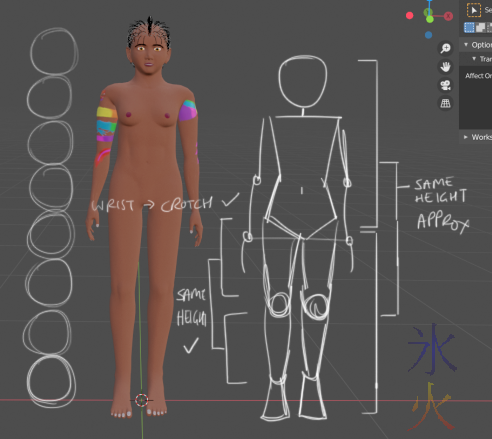 I ended up needing to use the low poly mesh I'd made to speed up collision calculations to adjust things because it was easier than moving stuff around in the higher poly mesh.  Now apparently proportionally if you can fold a human in half without the muscles and spine and things getting in the way the top of the head should come close to the ankles (my interpretation of something Sprat told me which may or may not be accurate) and as I'd removed the rig the only way I could think of at the time to check the proportions was 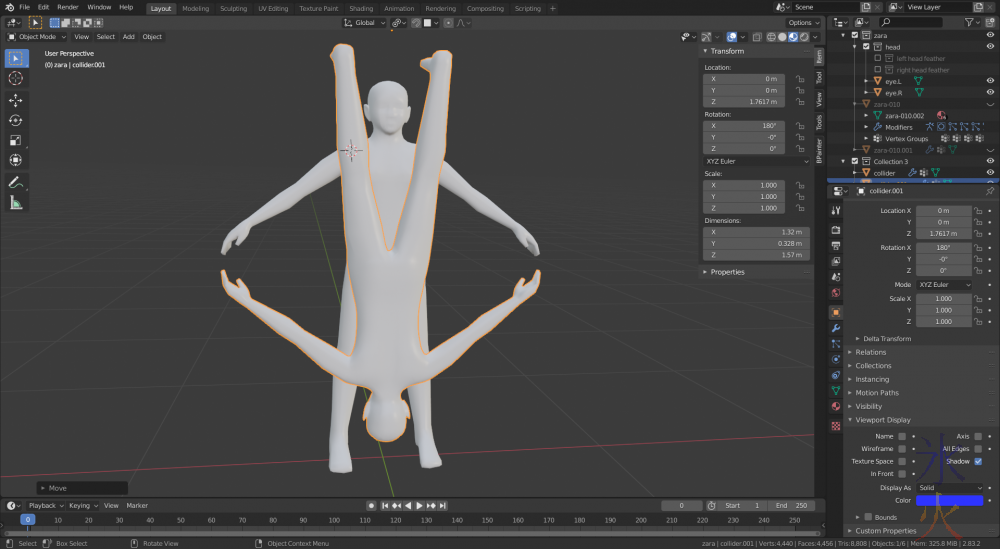 This is how everyone checks character proportions right >_>

Another one just for you boomy XP

Ran it by Sprat and she said it looked all right and so I used it as a reference to adjust the actual model.

I then sent the actual model over to 3dC to fix some retopo around the hips that was really upsetting me. 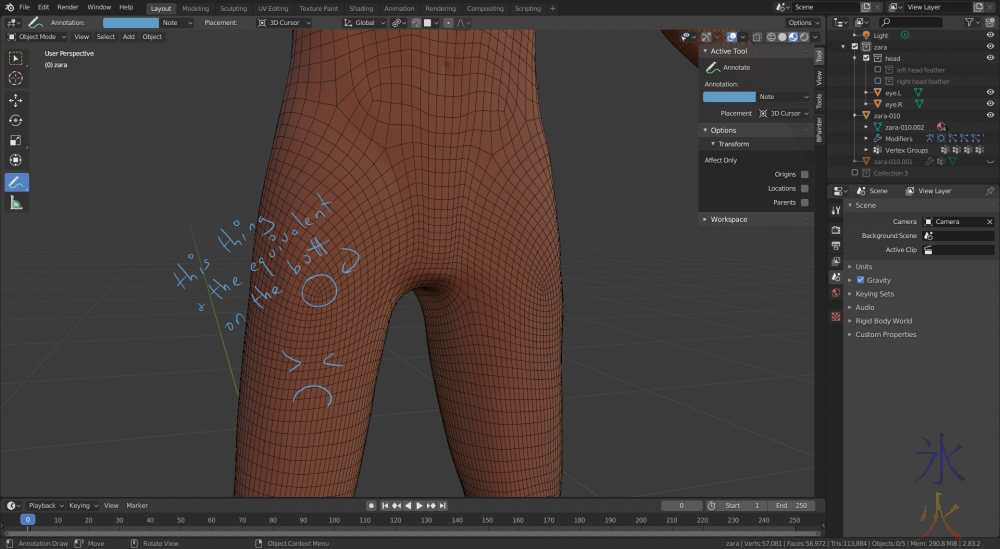 I'm still having scale issues in 3dC, so I sized it up a lot in Blender and then sent it over again.  Each time 3dC complained that the model was too high poly and might lag (even though I'd originally done it in 3dC).  When I finally got it in there at a workable size, symmetry would not stay on and I couldn't resymmetrise the model and it may have somehow gone out double sided even though I thought I'd checked the export settings to make sure it didn't.

Pro-tip: always make sure you're happy with the mesh before commencing any texturing, rigging or particle work.

In my defence, I was happy with it at the time and I really should leave it alone now BUT I CAN'T.

It was way past my bedtime (this has been distressingly normal lately) and I lost a bit more of the plot and ended up buying SpeedRetopo and bpainter from BlenderMarket.  I'm currently playing around with the former seeing if I can rework that mess without destroying the tattoo and bump uv maps.  After that I suppose I better learn how to bake (I've been avoiding it like the plague as it was previously a pain in the system but I haven't looked recently).  I think the biggest issue is going to be getting the family tattoos onto other characters.  I think that the thing I was doing in 3dC can do it but haven't had a chance to test so I guess I will have to test there if I can't figure out how to do it in Blender.

I may also find it's impossible to do in either x_x

I'll be pretty stoked if i can do everything I need to do in one package anyway.  Specialised apps that are amazing at their specific job are great and all but damn I hate pipelining.