I originally held off progblog on Friday because I got cool things from @bearone which I wanted to write about instead, but my computer and phone don't want to interact properly (I can plug the phone in, tell it to trust the computer, the computer can see the phone and see all the photos and videos on the phone, but importing is flakey.  Sometimes stuff will go in (including old stuff which it can't seem to work out is old stuff which then ends up in completely the wrong date folder even though it's supposed to be sorted by exif date which is shown correctly, at this stage I don't even know how it's sorting things but it's absolutely not doing what it's supposed to be doing).

So until the end of the several days it's likely to taker to get all the photos off my phone (I'm not even exaggerating here) you'll just have to take my word that the stuff is cool.

So yeh anyway I hate being stuck.  I really wanted to have something new to complain about.  Most of being stuck was getting a handle on the brush with these settings, and then trying to get over Blender apparently giving me the choice of correct shape OR smooth mesh before I managed to figure out how to get both.  Then the mesh went violently off symmetry as can happen with sculpt mode and I don't know if the resymmetrise tool caused the problem that had me restarting the sculpt but I'm kind of too chicken to try it again so I've just been doing it manually (it is possible to get it to sync back up manually if you're careful and it's pretty easy with the tail as it's on the centreline but would be slightly more challenging to keep track of on things not on the centreline).

Blah blah blah still plodding along on this tail ergh.  I'm on the home stretch now which means it will take forever. 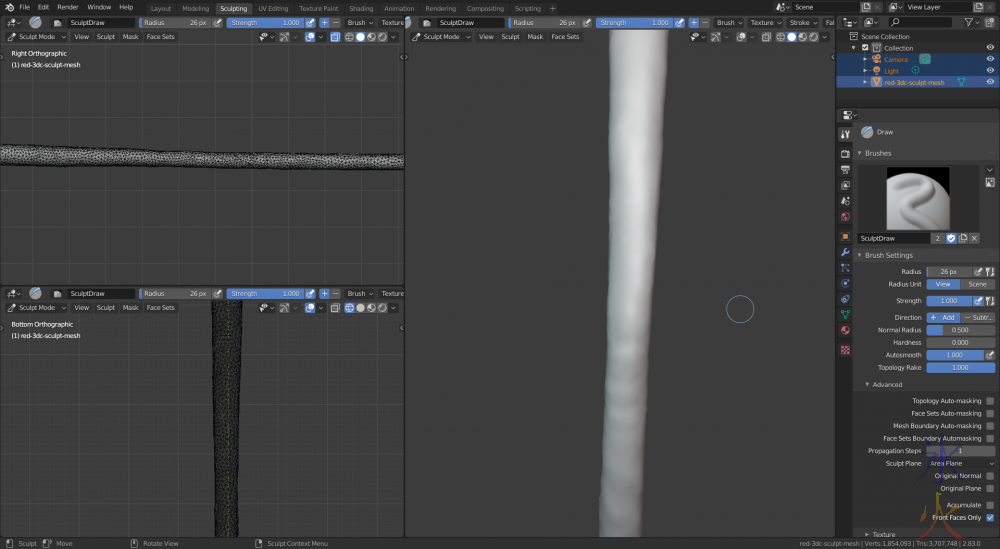 Most of what I'm doing right now is smoothing the bumpy bits, trying to keep the shape right and fixing minor symmetry issues (you can see in the lower left panel where it's off, the green line is the centre line).

I also continued translating a character's dialogue into Sona (that's a fun exercise and I've had to come up with some words on the fly because I couldn't find an appropriate word in the dictionary and I'm not sure if I'm doing anything right) and wrote the same ficlet from two different viewpoints.  Initially I sent them to Sprat and told her that I wasn't sure which one I wanted to use so I would probably post them both.  And some time afterward remembered that I had actually wanted to experiment with writing the same situation from different points of view so I guess I did that.  I really should post them both together but I'm not sure how I'm going to reconcile that with my irrational dislike of posting multiple times in a day and it's probably going to be too long to put in one post but that's probably what I'm going to end up doing. 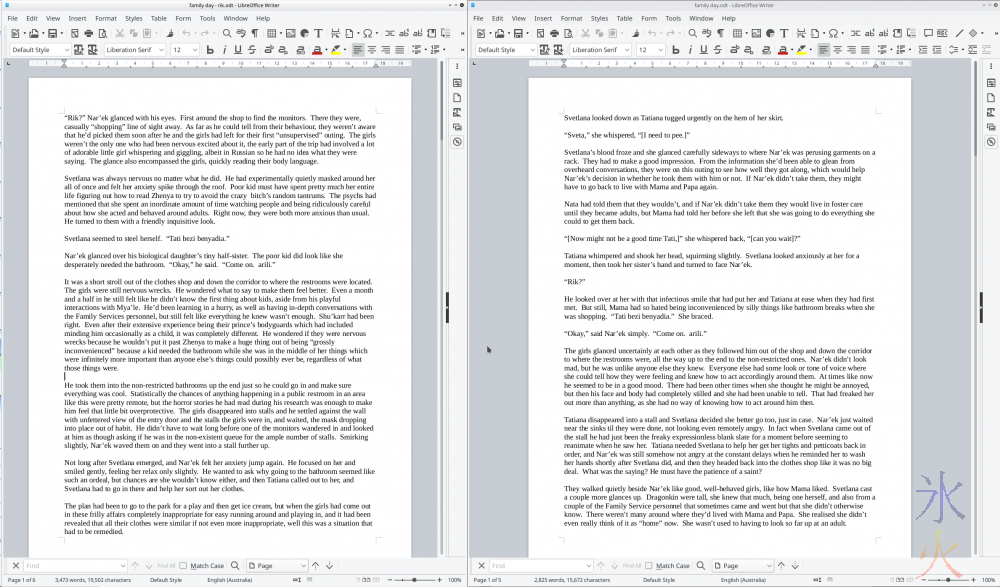 The ficlet sprung from finding a couple of new characters that I was kind of vaguely aware of but hadn't looked into due to first wanting to get the outline copied into its new home.  I have since been adding more notes and really don't know how I'm going to get through all of these stories in the time I have x_x