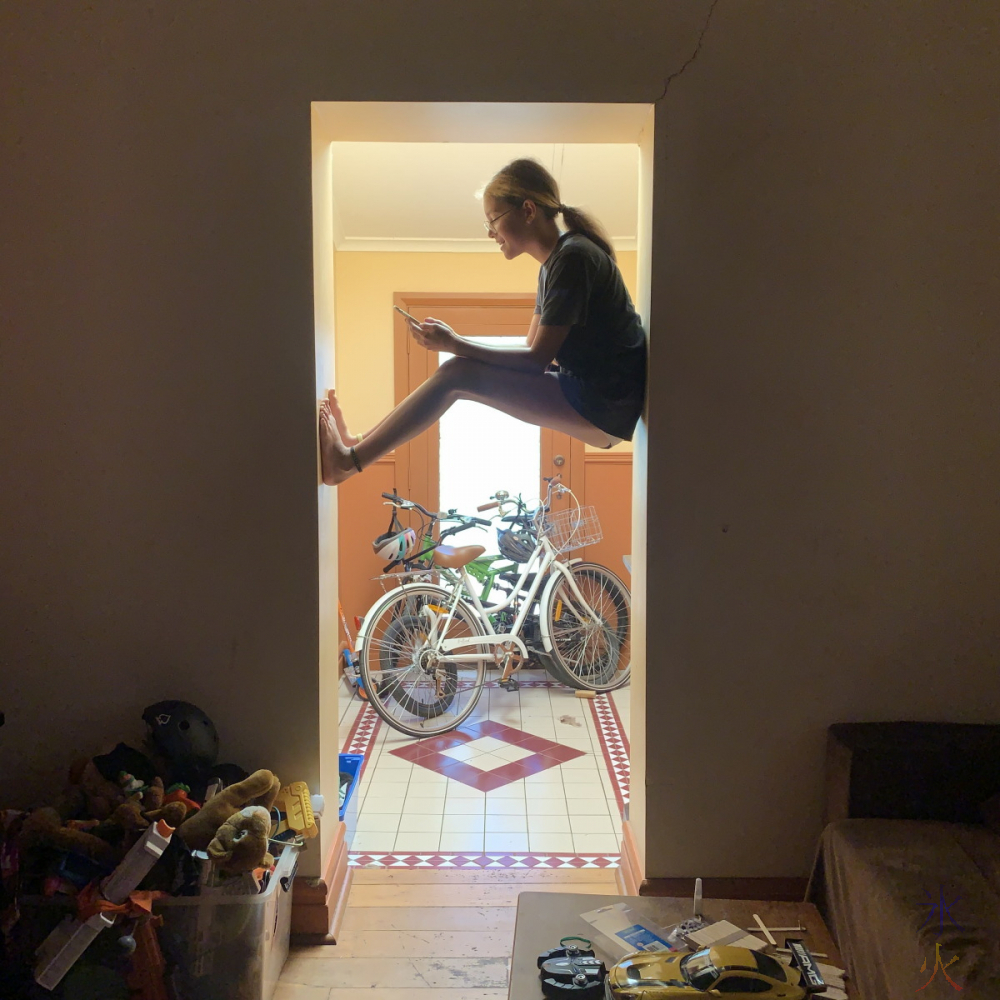 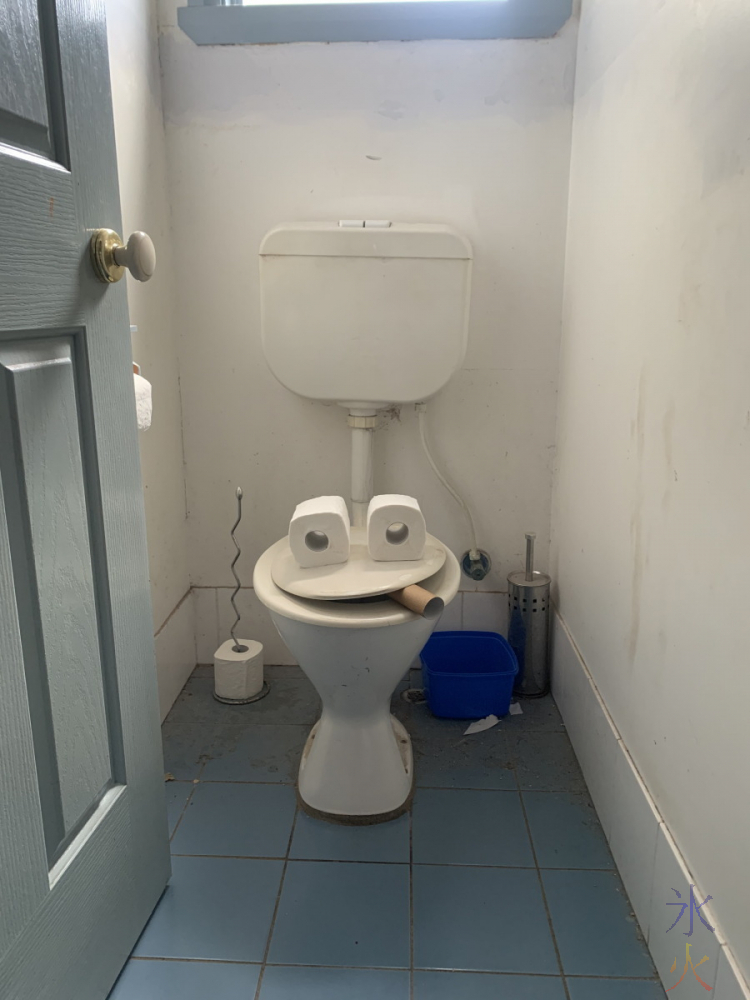 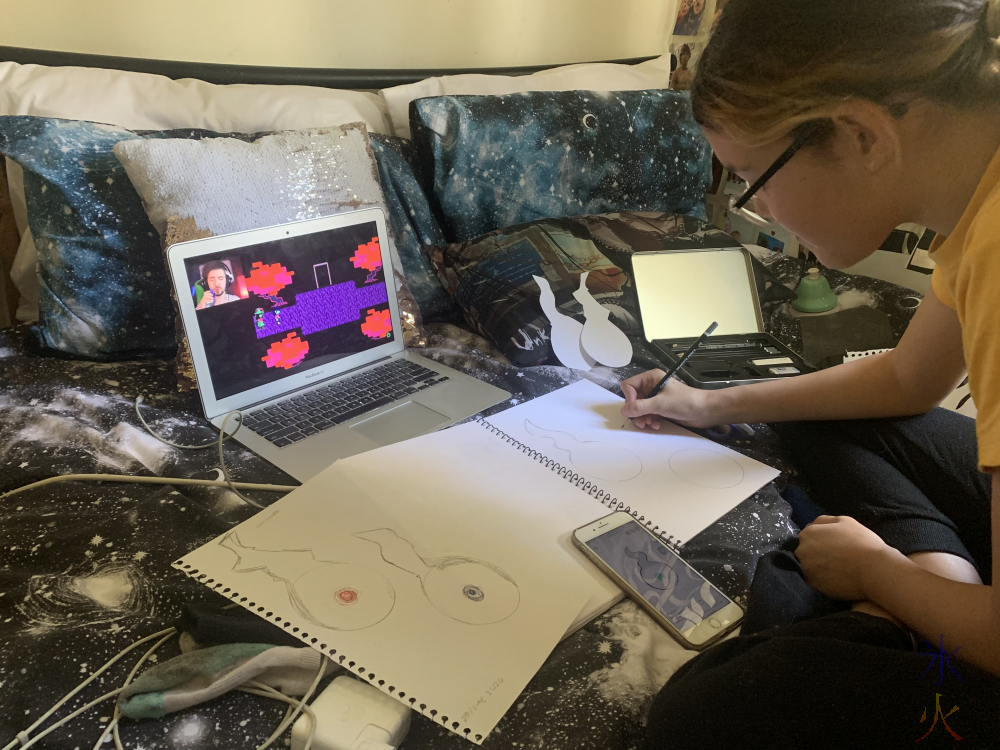 The big two have also been doing their strength exercises from gymnastics in their rooms (and 15yo also made himself a couple of weights out of two 2L milk bottles and filling them with water).  I found out the hard way when 13yo told me she was out of asthma medication while we were in the middle of "self isolating".  The problem was not that we were supposed to be self isolating as pharmacy runs are "essential", but because people were apparently panicking so hard they were too stupid to realise that asthma medication does not help the breathing difficulties associated with this virus in the slightest and so basically have been potentially endangering lives (not to mention wasting money) by hoarding asthma medication when they don't have asthma.

I'm sure that one day she will eventually tell me when she's running low so we can get more before she runs out completely.  Good thing her asthma isn't life threatening.

11yo has spent a bit more time in the kitchen concocting stuff following Youtube recipes (because he doesn't like following text ones for whatever reason) or just throwing stuff together. 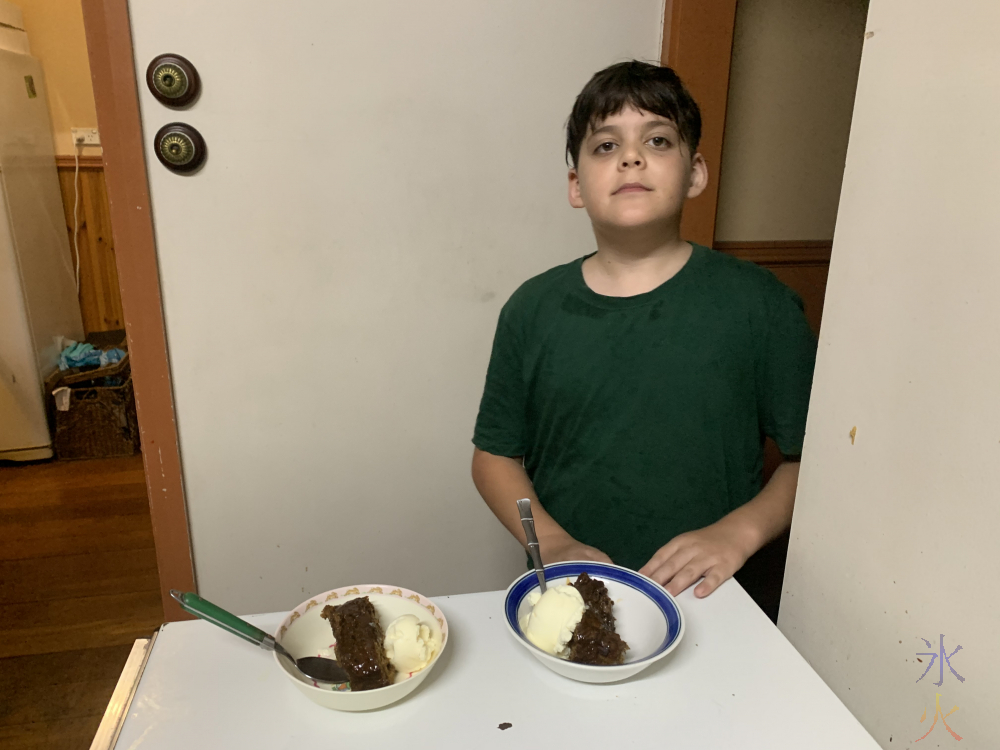 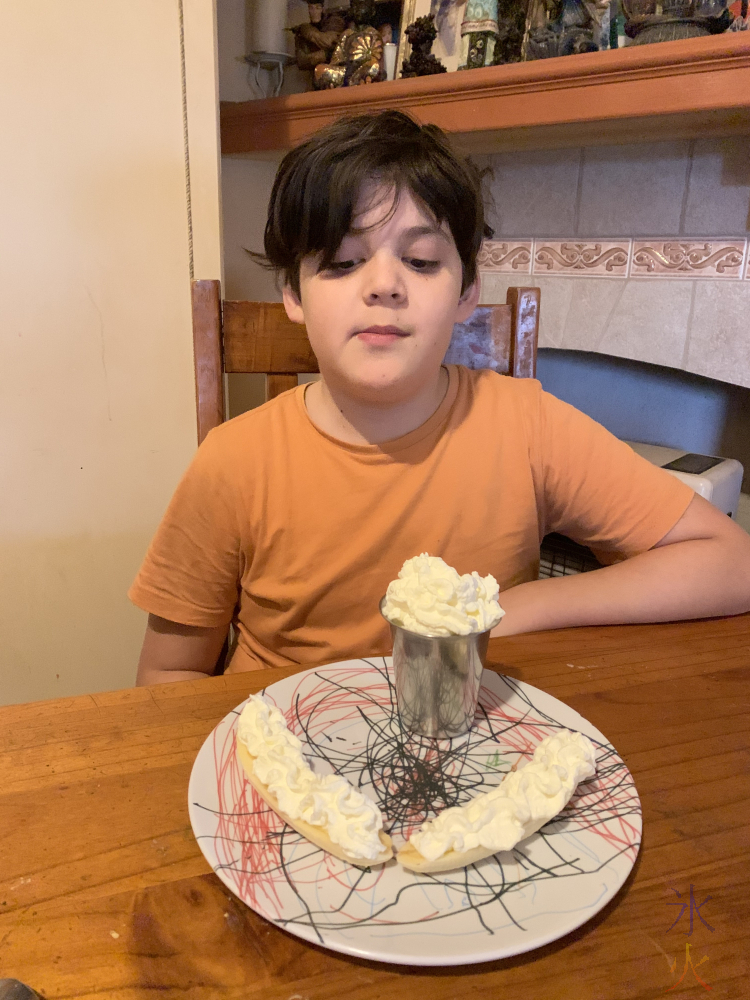 He also wanted to go skating a lot, but eventually got bored of street skating and wanted the skate parks to open up again. 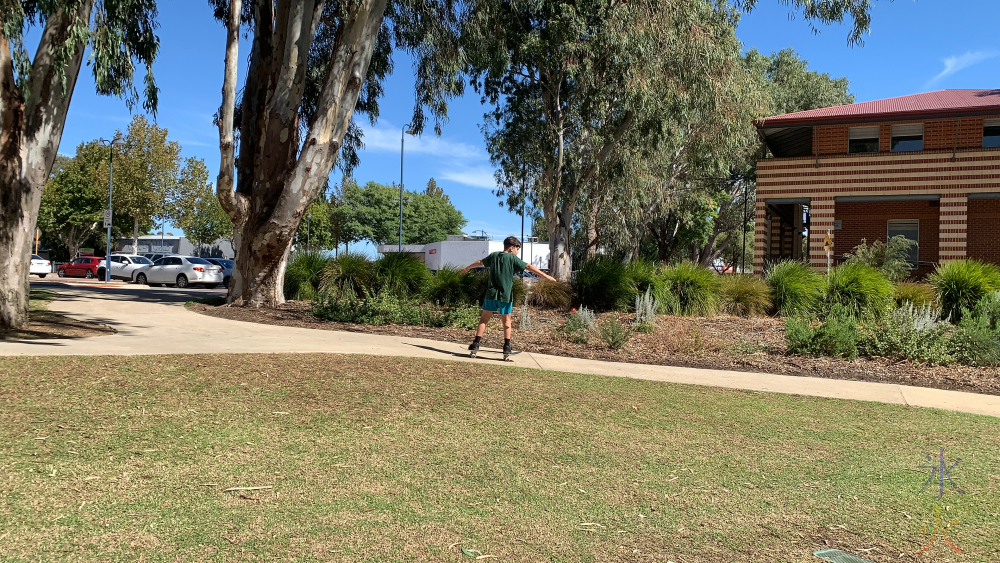 When the restrictions lifted a bit and we were "allowed" to start having gatherings again, my sister in law came over with her kids and we went for a walk at Ellis Brook which was open (not sure if it had ever closed down like a lot of places did but I didn't really check).  The bigs bailed but 11yo who is pretty close with his 8yo cousin was happy to come along.

The carpark was pretty full and I was telling my sister in law that I wasn't used to seeing the carpark this packed out, even when we've come on the weekends it's usually pretty quiet and in our usual going in the middle of the week when everyone else is usually at work or school we're usually the only ones there.  However given the size of the area despite the packed out carpark we didn't see too many people in one go.

We did the walking trail and sister in law kept telling 11yo and his 8yo cousin to slow down as the little 5yo couldn't quite keep up as she was a good deal shorter, and my sister in law was feeling a bit unfit as well having not really gotten to do as much exercise as she was accustomed to even with "solitary exercise" having been considered an "essential activity".

As the cousins hadn't been to Ellis Brook before we did the top trail up to the top of the waterfall (which made sister in law very nervous though the kids were very well behaved, listened, walked slowly and stayed in the area I told them to stay in) and the quarry. 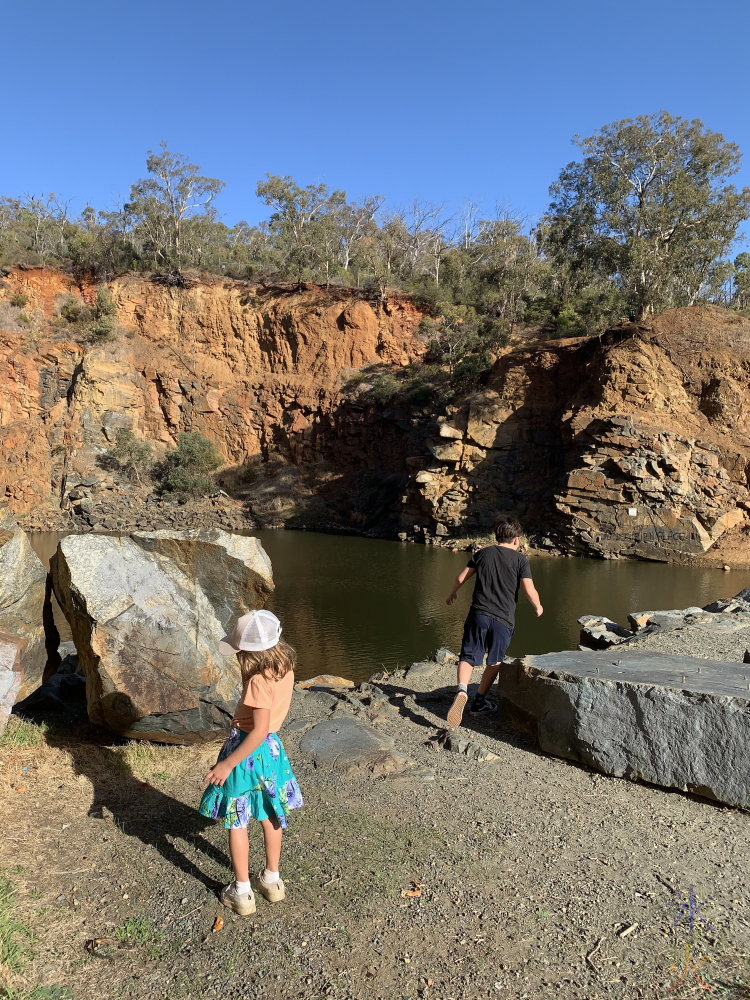 Someone or several someones had been busy at the back of the quarry. The place was full of rock balance sculptures, mostly of the tower variety.  The branch one in the centre of the above photo was my favourite.

After walking around very carefully looking at the sculptures, the kids decided to join in the fun. 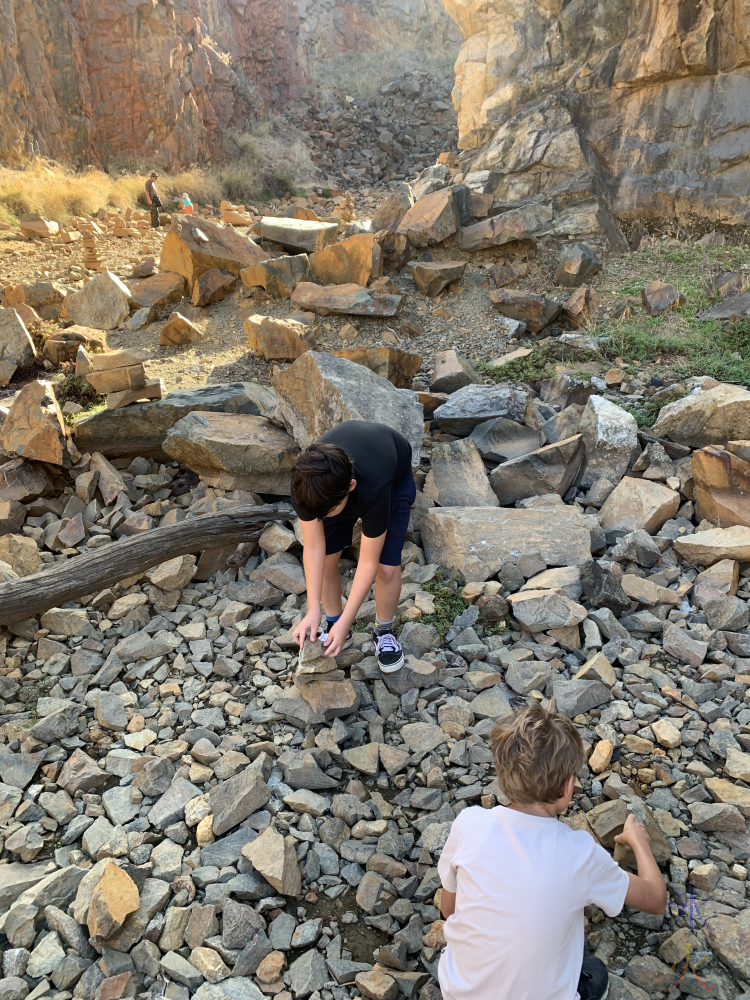 Balancing rocks is a lot harder than it looks but they persevered and made some pretty nice piles.

Phase 3 came in and gymnastics opened back up much to everyone's relief, though there was only three weeks left of term 2 and archery and judo weren't resuming until term 3.  The only real changes from before everything closed down was that we now had dedicated cleaning stations so I didn't have to try to find where the disinfectant had disappeared to because someone else had used it to clean something, and the boys classes have been combined so 11yo now doesn't have to do gymnastics and judo back to back when judo resumes.

We had three weeks of trying to get back to some semblance of normal aside from 13yo constantly managing to miss dance (which had started up a lot sooner but 13yo was scared of the stupid virus and didn't want to go til phase 3, first week of phase 3 she was recovering from a minor cold so we played it safe, and then she kept sleeping over at a friend's place on the weekend and being too tired to go).  Then school holidays kicked in again and we bunkered down again because we usually bunker down during school holidays anyway.  Homeschool group isn't going back in during term 3 as insurance is crippling, and I have some other logistics to work around as I agreed to help out a friend with gymnastics logistics, and didn't end up using the two weeks to plan term 3 so not sure how the first week will go as there's still some stuff that needs to be settled so I don't know which day will need to be the excursion day and have yet to figure out where we'll be going.