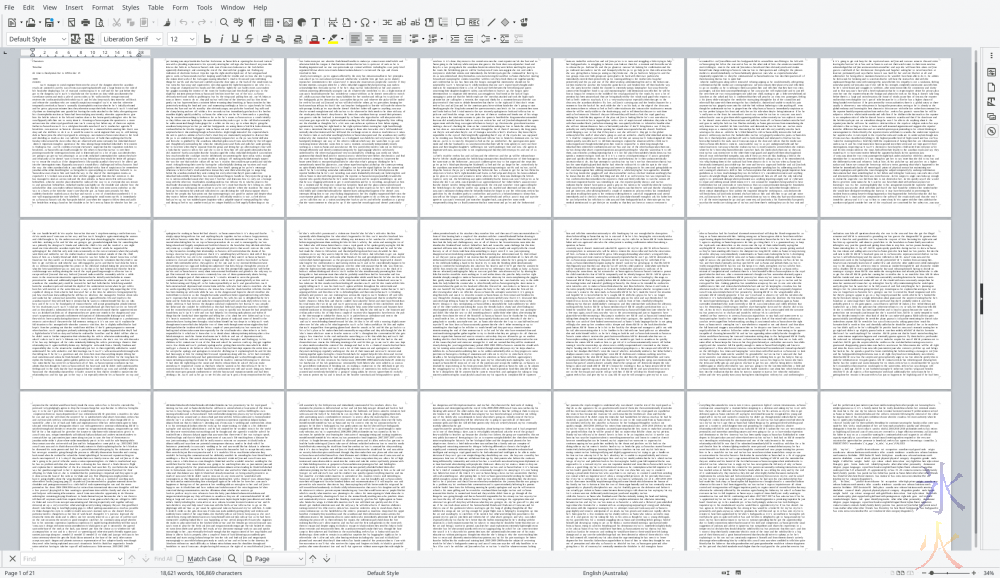 The screenshot above is the last 21 pages I have to transfer into the Drupal outliner that I brewed up specifically for that purpose.  It was originally 200+ pages and is a sql file dumped from a mediawiki instance which helpfully added spaces after a lot of punctuation that shouldn't have had spaces around it (such as dashes and apostrophes), stripped out all carriage returns and converted everything to lower case.  I'm not sure why it did that, probably something I did or didn't do when executing the mysqldump to file.  I've had quite a bit of cleanup work to do and because I'm me I've also been rewriting sections as I go (sometimes almost completely so I don't even use the text chunk I copy/paste in) so it's been a slow ongoing process.

With so few left, I seem to have made the decision to try and get it done so I can add more notes and ideas to it (which is flitting about in my head waiting to be written down somewhere which I haven't been doing because I want to get down and fix what I've got before I add anything new in).

I've been utilising my usual when sick of something do something else that also needs doing so I've been bouncing between that and fixing Red's sculpt mesh, which currently means obsessing over getting shapes right and making sure things are smooth.  See the difference between where I've worked and where I haven't? 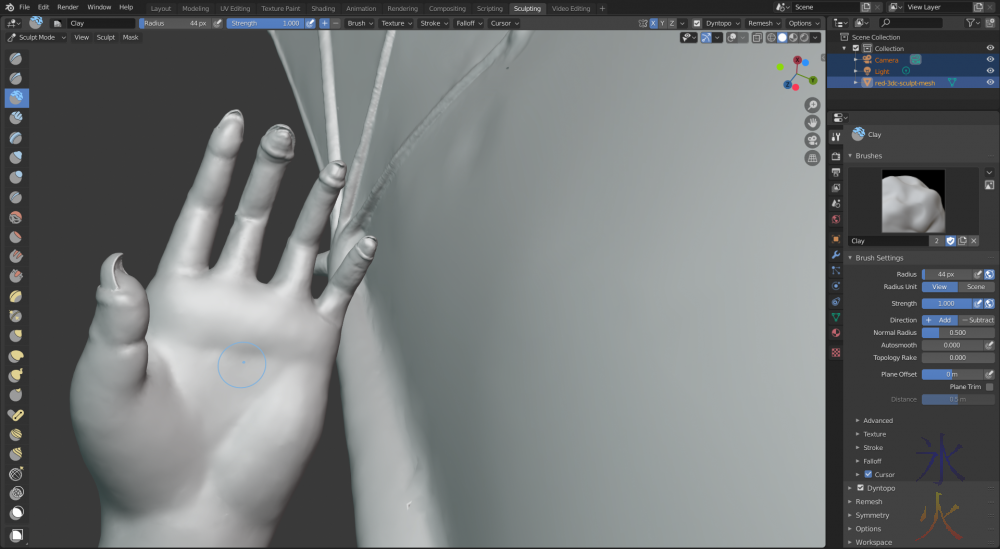 Hopefully the data entry will be done by tonight or tomorrow and it will be one less gi-huge-ic (coined by my youngest) thing to do.