Everything kind of completely fell apart in October.  12yo had caught everything under the sun in Term 3 and so had missed a fair chunk of it.  At the beginning of Term 4 she continued insisting that she loved school and still wanted to go, but two weeks in I could count on one hand the number of times she had actually gone.  She kept insisting she was "sick" or "too tired" but would always be better just in time for gymnastics.  Things eventually came to a head when we had a massive blowout as I told her if she was really that sick then she was not going to gymnastics so she could recover properly and she told me to pull her out of school so she could go to gym (a threat I'd made a few times previously but hadn't done because I give too many chances).  I tried to get her to be reasonable and told her she could go to gym, and then she had to go to school for the rest of the week.  If she wanted to quit after that she was to tell me on the weekend and I could pull her out and she could go back to homeschooling, if she wanted to keep going then she had better have as close to a perfect attendance as possible for the rest of the term, and if she didn't go the following day then I was pulling her out that day.

She did not go the following day despite multiple attempts and reminders on my part so I pulled her out.

We spent most of October and part of November deschooling (because at some stage I'd read somewhere that a month of deschooling was recommended for every year they'd been in school, no idea if this is still conventional wisdom or not).  It was mostly a confusing time as often she seemed a lot happier but other times she was begging to go back next year.  Eventually told her that she can do a term of homeschooling as we're starting up a new homeschooling group (and I'm hoping that will help with her need to be around lots of people all the time) which she has to give a good go of (no self-sabotaging/refusing to make friends etc to "prove" it's not working out) and if she's that desperate to go back to school she can go in term 2 but if she stuffs up that is the absolute last chance and there will be no more after that no matter what.

10yo spent some time helping to dig a strawberry patch. 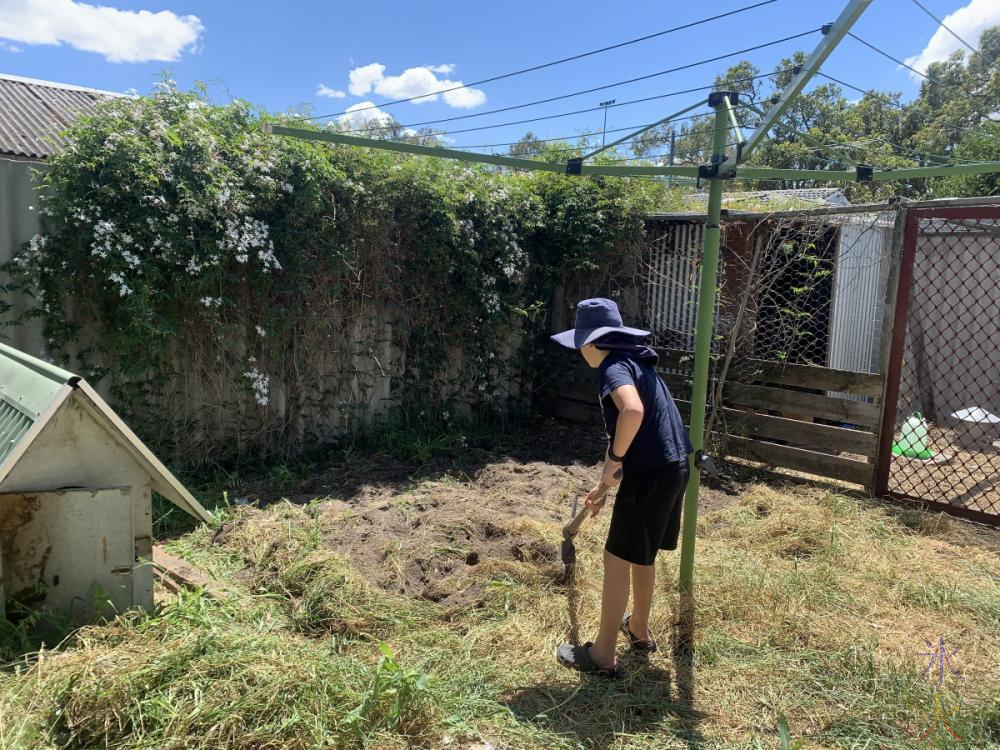 Unfortunately a combination of hot weather and trampling dogs meant all the strawberry plants died.  10yo was a bit put out by this but moved on to growing potatoes (which I somehow managed to miss despite them being in tyres in the middle of the yard) which are doing quite well. 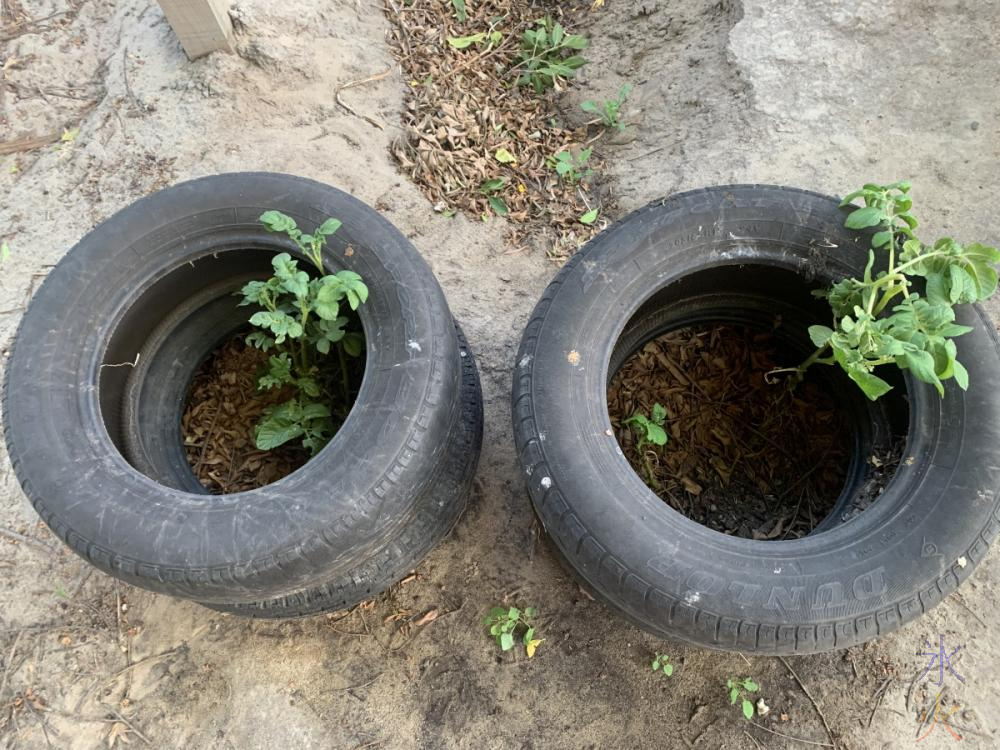 He also needed to get glasses to correct a focus issue.  He needed to wear them daily for 2-3 weeks and do some eye exercises and after that he can wear them if he feels the need to and apparently should otherwise be good for a few more years.  The optometrist who prescribed the glasses said it should help his reading speed and concentration and seems to have done so.  He even decided to paint which he hasn't done for the longest time. 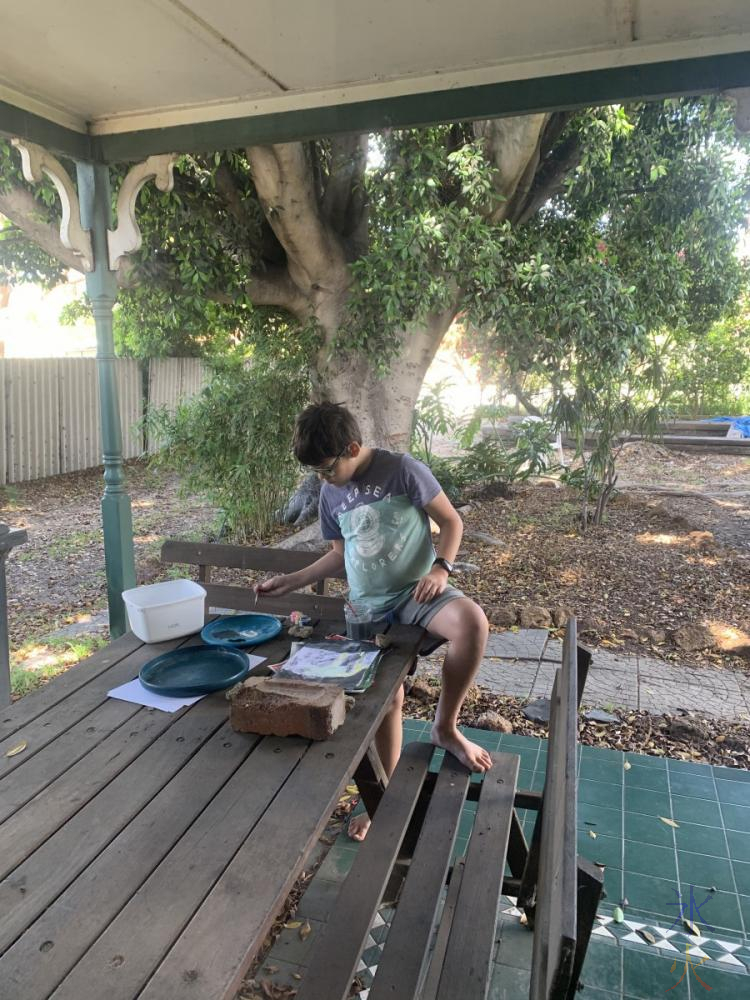 And also made another box helmet after watching some docos and things on Youtube about knights and playing some game simultating a medieval fantasy blacksmith. 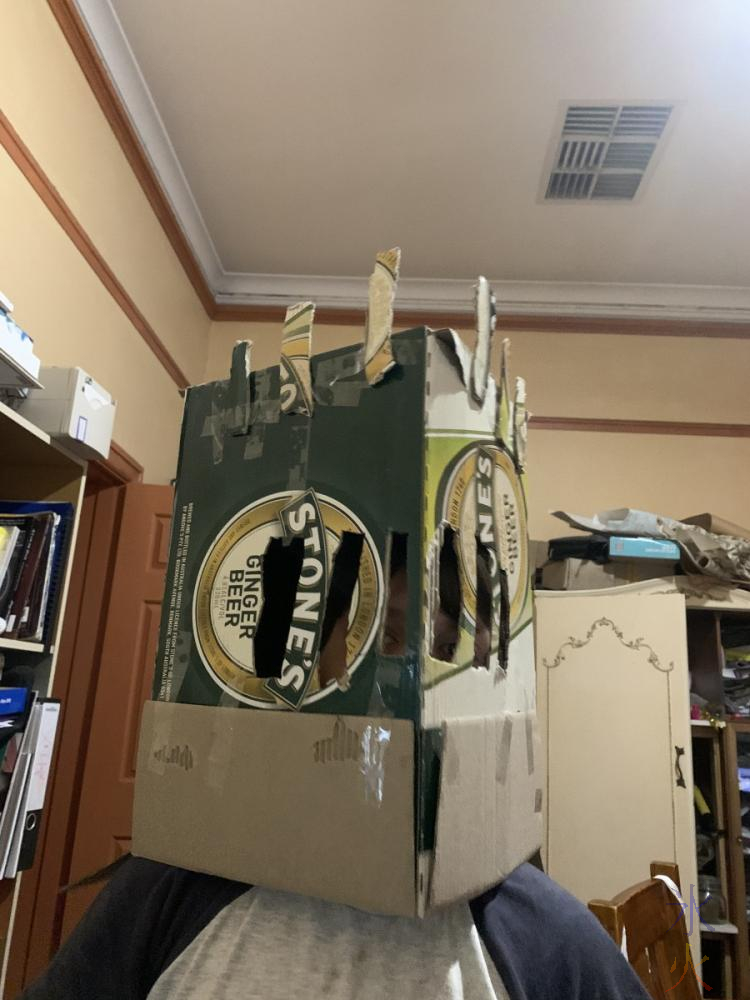 The weather being nice and warm I decided to try and squeeze a lot more swimming in as I have managed to fail that in previous short summers, and we tried out a new pool.  Here's 12yo asking for my water resistant phone in its waterproof case 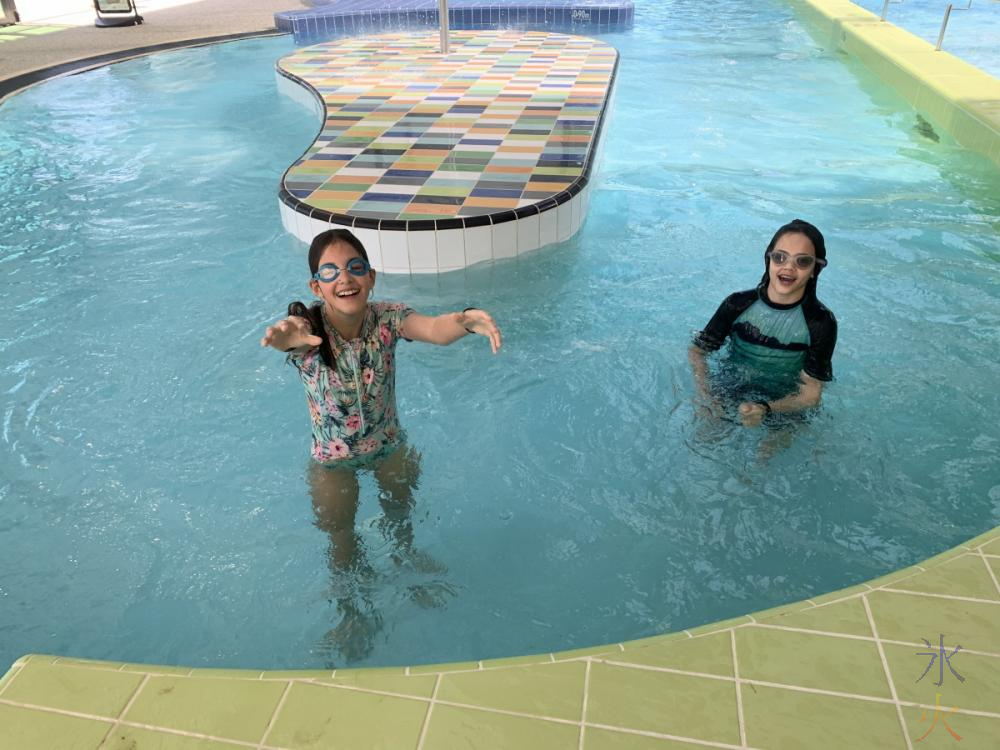 because she likes taking underwater photos and also attempting Tiktok dances underwater (it's quite entertaining to watch from the top especially when she starts drifting away because her brothers keep swimming round and round the coloured tile island).

The same thing happened when we went to the beach with a couple of 12yo's friends and they decided to do Tiktoks in the water (but not under it).  I did manage to get my phone back to take a photo of some poor attempts at sand sculpture (nothing compared to @ammonite's work XD). I made the turtle, 10yo made the little sandman and gave both sandman and turtle eyes, and the fort was a joint effort and a fun exercise in city planning.  Because it was where the wet building sand was, 10yo built on the waterline so we were fighting a losing battle with the waves.  I ended up just constantly reinforcing the walls while 10yo built the village inside.  It comprised of a bunch of houses with a large central shopping centre and two schools so that everyone who wasn't homeschooled had a school within walking distance.  We also attempted a harbour but failed miserably.

The December end of year things fell on the same weekend but fortunately not on the same day (otherwise there would have been issues).  On the Saturday there was the gymnastics end of year display and on the Sunday 12yo's dance concert which comprised of two shows, the matinee which we watched with the outlaws, and an evening one in which I helped out backstage for the first time in a long time (well first time ever for this studio, otherwise last time I did backstage was when I was in the theatre and drama club at uni a hundred million years ago).

On Christmas Eve we hit up Adventure World (opened up a Christmas present from the outlaws early as 12yo was adamant that we absolutely had to go on Christmas Eve with her friends, any other time was completely unacceptable for any reason).  They had a blast and I managed to get a concussion on the roller coaster (I think, I know I somehow hit my head on the harness on one of the sudden turns and must have hit harder than I thought) which I then very cleverly followed up with another two rides (the last one of which exacerbated things so badly I was curled up at our base camp for about 40min before J brought me a small bucket of salt-laden chips to get me to a stage where I'd be able to get into the car and make it home without throwing up).  After that we hit up a friend's place.  This friend always does an amazing Christmas lights display and puts on an event to raise money for the children's hospital. 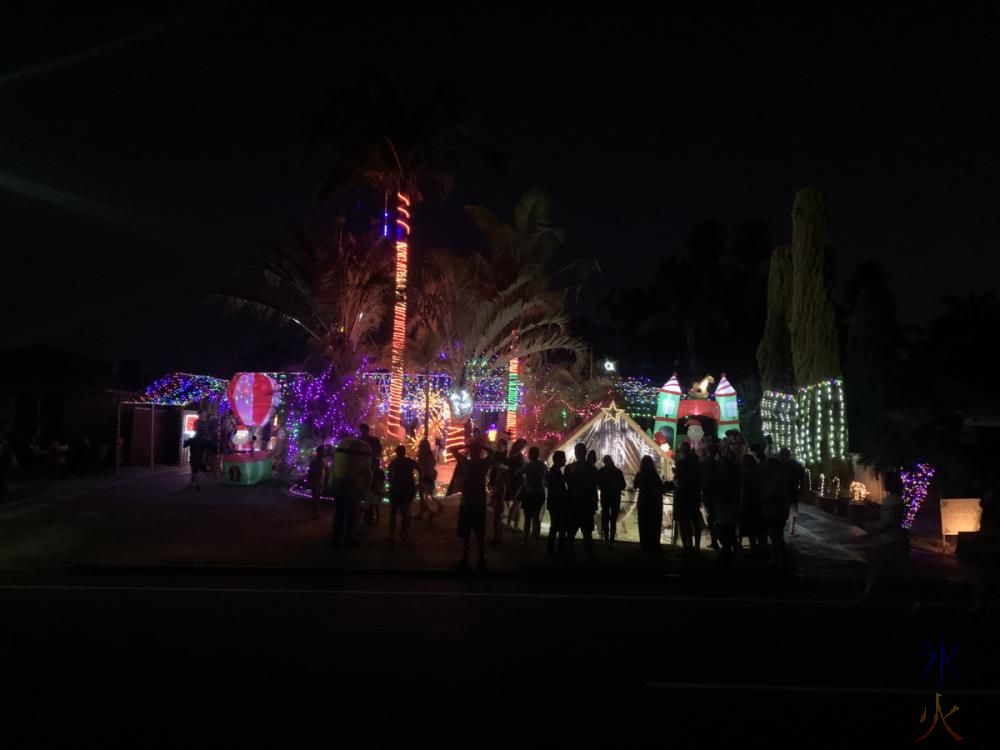 The "nativity" thing out the front contained cute baby animals that could be patted and fed (and many bottles of hand sanitiser for before and after).  A few boys from gymnastics were helping out by donning mascot costumes and 14yo asked if he could help out next year.  Told him unfortunately it would have to be the year after as we're going to Christmas Island next year.   After the visit we went home so the kids could open Christmas presents (and I could get shots of faces as they all got stuff they wanted/had been looking forward to) and packed them off to bed as we left early on Christmas Day to do the family feast at Jurien Bay (which this year was done as a very late lunch/early dinner so that there was only one big meal to prep for with all the desserts that would normally only be available at one or the other and pretty much everyone could make it).  We stayed there a few days after enjoying the beach and finally got to go out in the boat. 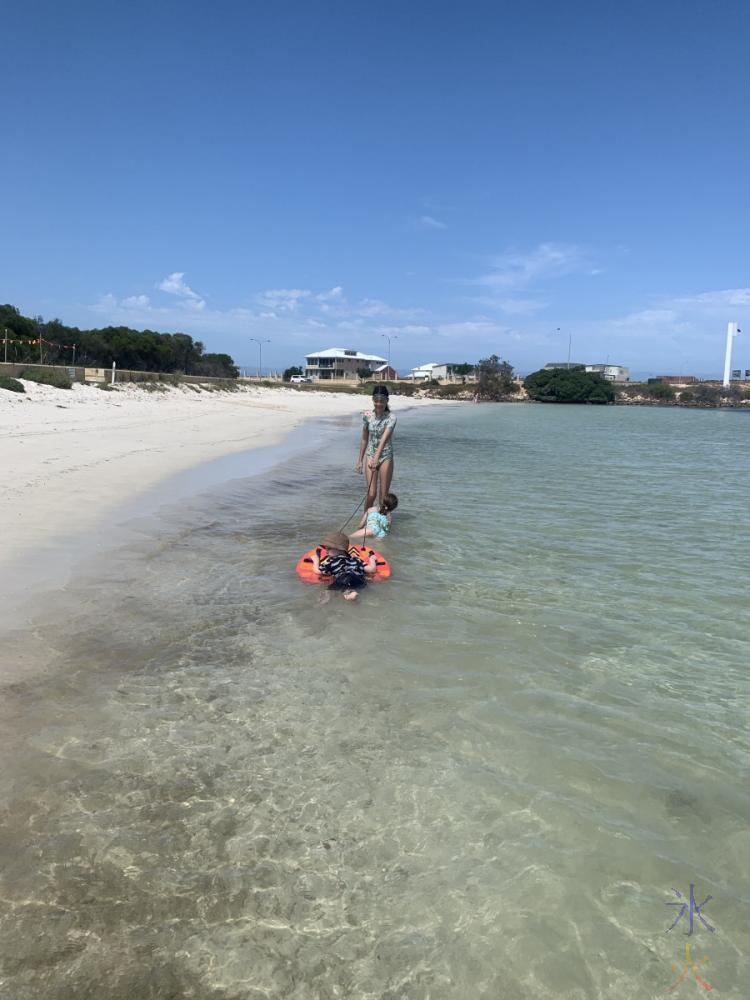 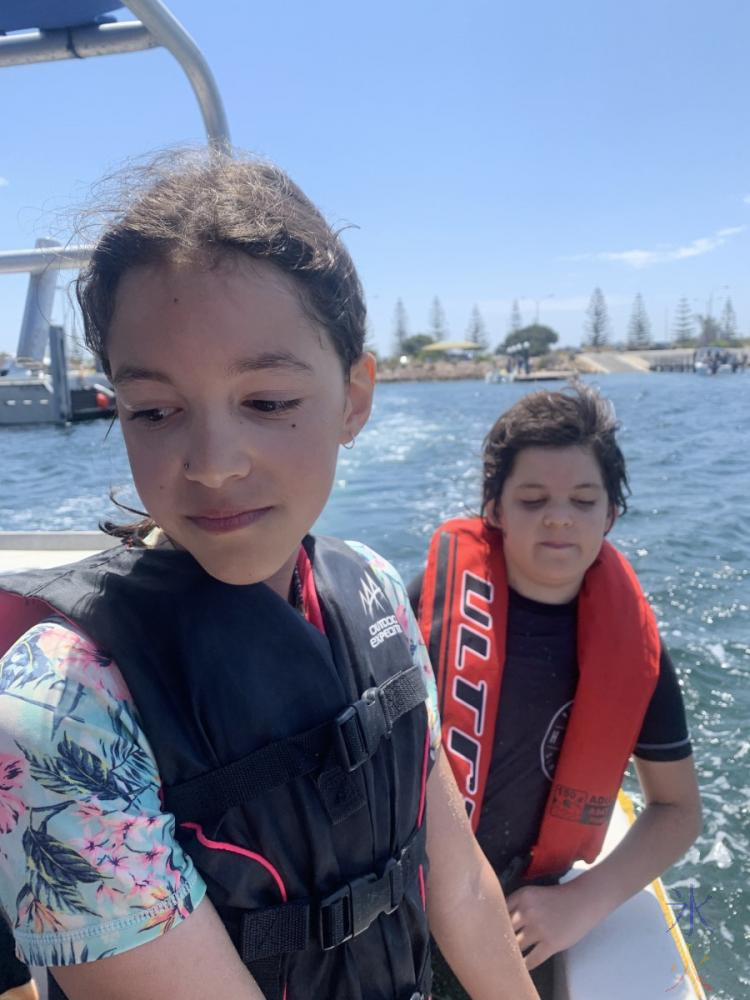 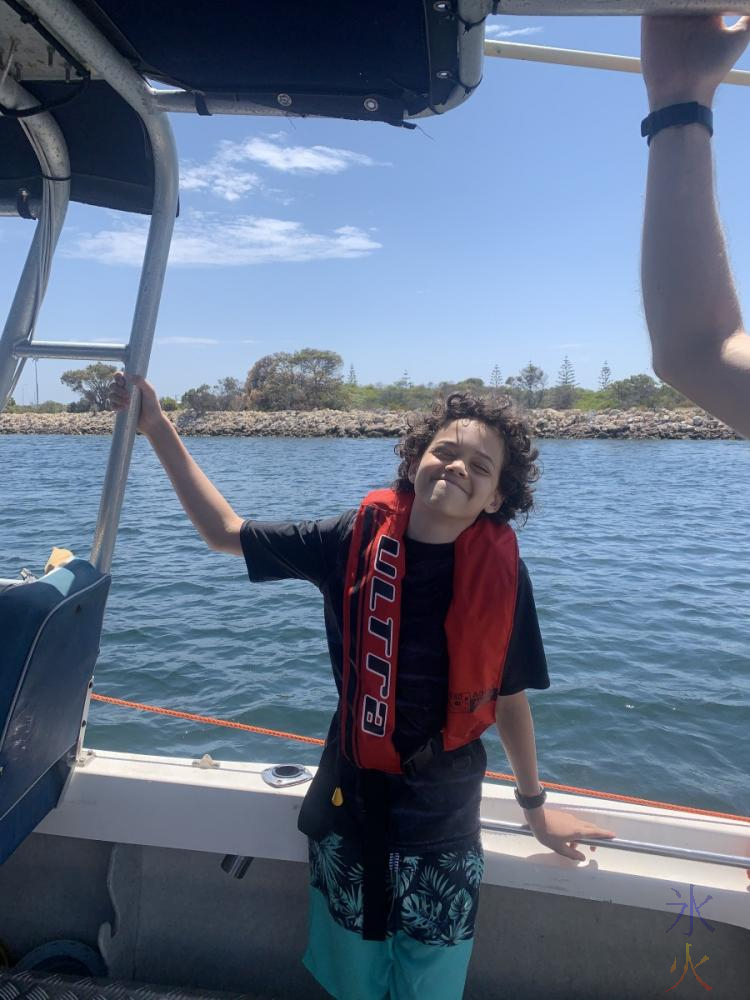 The kids had a great time at Jurien helping with their younger cousins and with all the preparations.  Unfortunately we had to leave a day earlier than planned as the stupid concussion lasted forever and I got to a point where I just needed to go home.  14yo was happy enough to leave earlier as he was missing his cats.

My vague plans for this year involve trying to cram in a lot of stuff to make up for last year.  I've asked all three kids to come up with a list of 4 things they'd like to do/see this year and will do my best to save up.  So far 10yo has turned his in after having done a lot of research to make sure we wouldn't have to drive too far and also included the cost of each thing.  Still waiting on the bigs.  Have also made the difficult decision to stop 10yo's psychology appointments so we will have the money for the boys to do archery and judo and further social and interest-based skill development for them.  We're also trying out a new homeschool group in first term, they run classes as well as meeting socially, and will continue with that if it works out and won't if it doesn't I guess.  I'm also anticipating finding more homeschooling groups through that one and possibly trying them out too if the social butterfly wants even more big group things.