Last night was an exercise in frustration.  There was a bunch of chores to finish up, and then all I wanted to do was some art and to hopefully get the progblog knocked out before it got too late.

Instead of spending a couple of hours being able to work solidly after putting youngest to bed (the two bigs had gone off on yet another sleepover), I ended up fiddling around with the material for Zara's eyes in an attempt to make them reflective for maybe half an hour to an hour, and then the rest of the time trying to recover/work with one crash that happened during a test render (which is extremely inconvenient given this is what I got the rig for but sadly not that unusual) and a weird drama where the keyboard and mouse stopped being useful (both mouse and stylus would move the cursor but clicks were ignored, and all input keyboard was ignored except for switching terminals, and then it would work perfectly fine in another terminal) that resulted in me downing tools for the night (angrily hard shutting down the rig and leaving it off overnight which I don't recall ever doing before).

Everything was operational again this following morning when I turned it back on (so far). 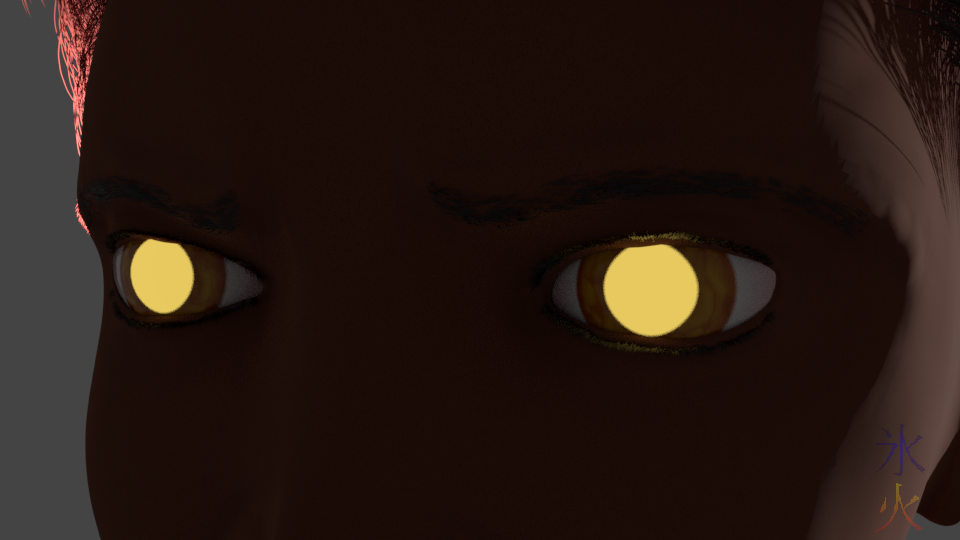 What I wanted was reflective eyes but I'm apparently too dumb to figure that out.  I initially tried a thing with multiple gloss nodes and add shaders, then a principled bsdf node with metallic cranked right up, both of which looked really cool if you looked at it from straight on with a bright light shining directly at it and completely failed in low light.  So I cheated and went with an emission node which I'll have animate the strength of depending on when the reflection is needed. 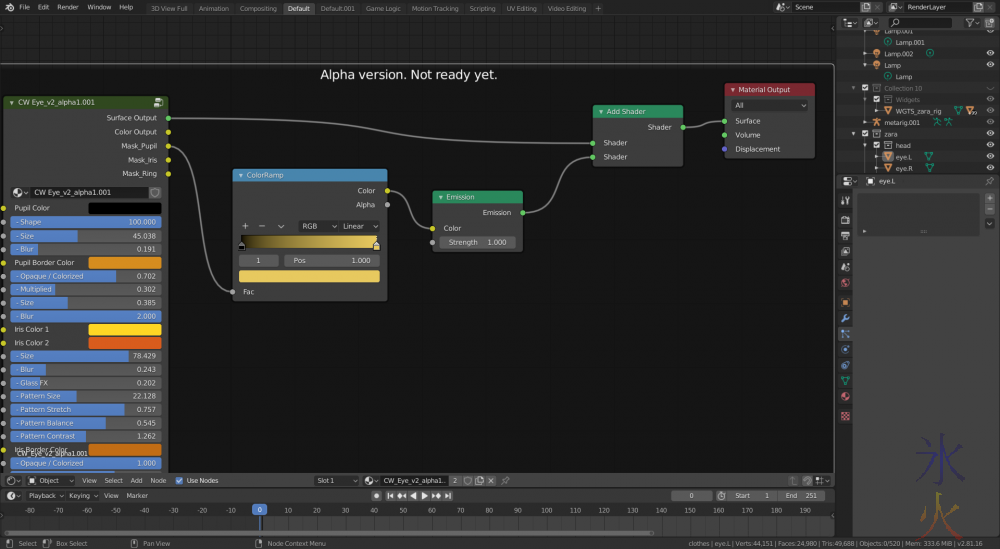 I'm seriously loving that eye procedural thing more and more.  Does such a good job even at alpha version not ready yet.

I'd finished modelling the arm socks before working on the eyes and having everything crashing and started trying to make a texture that will look kind of fabricky.  In the preview it looks like it might be the start of a somewhat decent leather texture.  In the render it looks like felt. 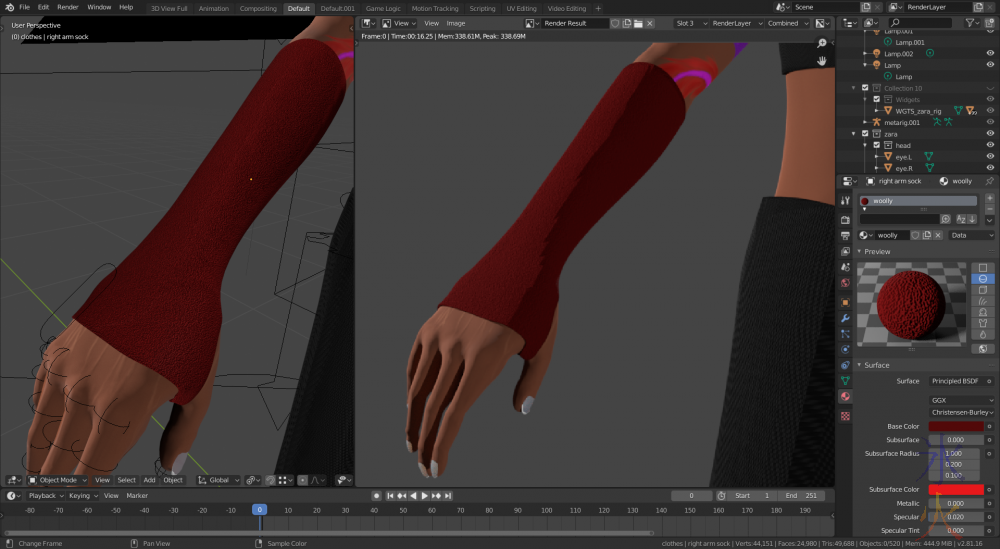 Neither of which I want for arm socks.  That looks like it's going to be most of my project for today possibly with some breaks for head feathers, goggles and if I'm feeling particularly sadomasochistic, going back and retopo'ing Red for the umpteenth time.

Seeing as I seem to be able to manage alphas in this version of Blender much better than the last one I may also see if I can get good looking polygon feathers this time round.